Veteran Oscar Wilde impersonator Rupert Everett returns to the fray as writer and director too with a fervent if blearily kaleidoscopic portrait of the artist as a spent force.

Reviewed at the 2018 Berlinale Film Festival and screening at BFI Flare on 28 and 31 March. 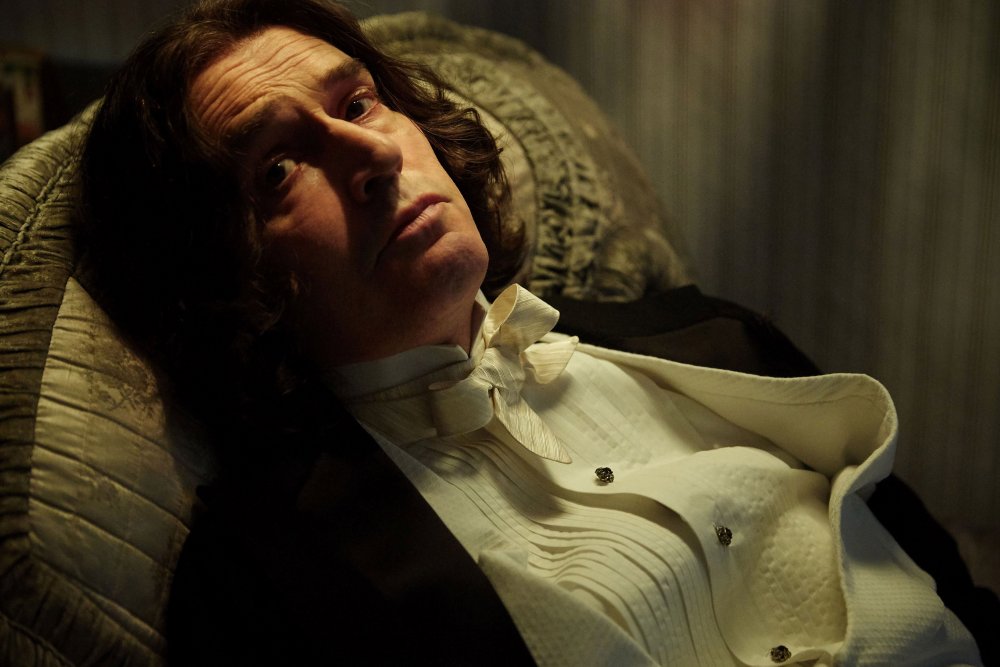 Rupert Everett as Oscar Wilde in The Happy Prince

To start, let’s resist the urge to hastily dub The Happy Prince a ‘vanity’ or ‘passion’ project. True, this is a triple-threat turn from writer-director-star Rupert Everett, here assuming the role of Oscar Wilde in his impoverished years after serving time in Reading Gaol for ‘gross indecency’; but it plays just as much as a career-defining endeavour, a fitting culmination of a lifetime’s interest, from leading An Ideal Husband on the big screen to playing Wilde in the 2012 West End revival of David Hare’s The Judas Kiss.

Everett’s script strives for a poetic, kaleidoscopic narrative structure, framed by Wilde’s own fable of The Happy Prince, told both in flashback to his two sons, and to two street-urchin familiars in his dying days in France, with a primary course exploring the loves loved and lives lived between his distinguished heyday and his fatal continental exile. This sets up some ironic, unavoidably tragic juxtapositions: a bawdy Christmas spent playing strip-musical chairs with a bevy of bronzed Italian boys in a Neapolitan hotel is cross-cut with Wilde’s fatherless, carol-singing children back home. Spontaneous performances and pronouncements in absinthe-soaked bohemian Paris refract into glimpses of the time he held the London limelight in his grip. The trauma of his fall from fame into infamy, the ensuing rejection of high society and the unshakable prejudice of a nation are shards of memory that continue to pierce the present. 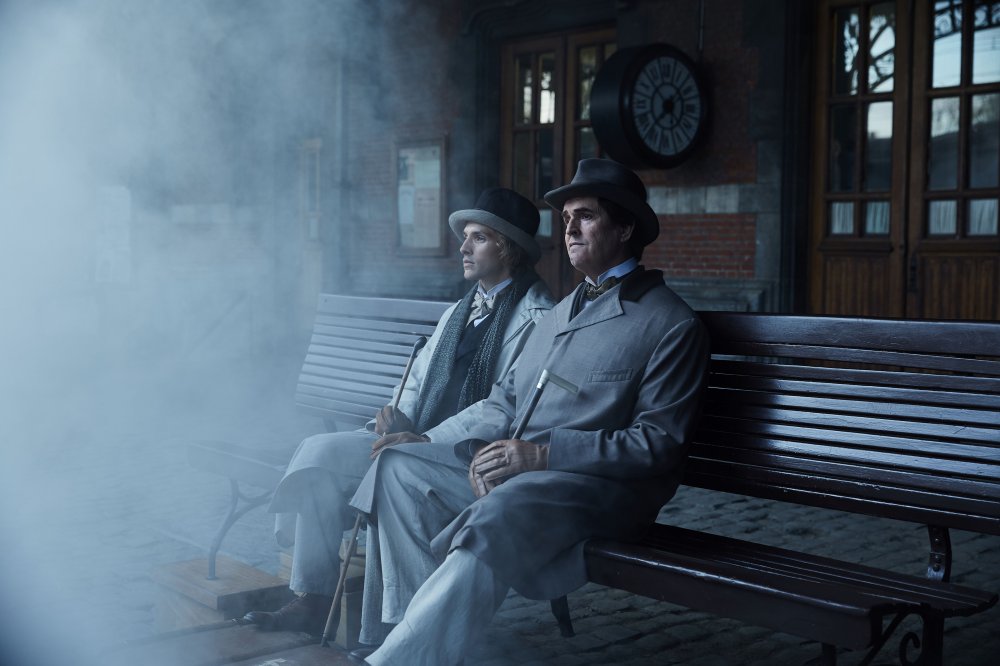 Across two hours, The Happy Prince struggles to weave together its loose biographical threads into a compelling thesis. A rivalry of old boyfriends, between cherubic terror Lord Alfred ‘Bosie’ Douglas (Colin Morgan) and sober-minded literary executor Robbie Ross (Edwin Thomas), pits head versus heart, or conscience against crotch, charting the possible paths Wilde could take as he starts life anew as ‘Sebastian Melmoth’.

The film inevitably homes in on perhaps Wilde’s most important relationship – that with himself. This is a portrait of the poet as an old man, a spent creative force, broken and spiralling inexorably toward vice. Desperate and overdrawn, Wilde spends money as quickly as he can borrow or blag it. He complains that his genius was ‘stolen’, but The Happy Prince introduces shades of doubt. And even if he isn’t a fraud, Wilde certainly commits it – selling an unwritten play to three separate financial backers to keep destitution from the door.

The Happy Prince may lack a convincing narrative focus, but finds a firm anchor in Everett’s performance. Every scene draws its energy from its star, and all efforts (including cameo-sized appearances from Colin Firth, Emily Watson and Tom Wilkinson) are in support of the film’s lead. The restless camera, fussy and frustrating at other times, becomes locked in his orbit, taking any opportunity to highlight the details in his craft in gratifying close-up.

Under layers of jowly makeup, Everett is unrecognisable – resembling Brando’s Don Corleone in retirement or even, in scenes of over-indulgence, Mr Creosote from Monty Python’s The Meaning of Life. That latter comparison is key, as Wilde is as much a creature of spit and vomit as wit, and it’s a performance worth indulging, even if, on the whole, Everett’s impassioned project isn’t.