Six decades after he broke out with The 400 Blows, Cannes’ favourite son Jean-Pierre Léaud plays out the dying of the Sun King in a stately, majestic study of flesh and emblems from Catalonia’s Albert Serra: surely the most beautiful film at Cannes 2016. 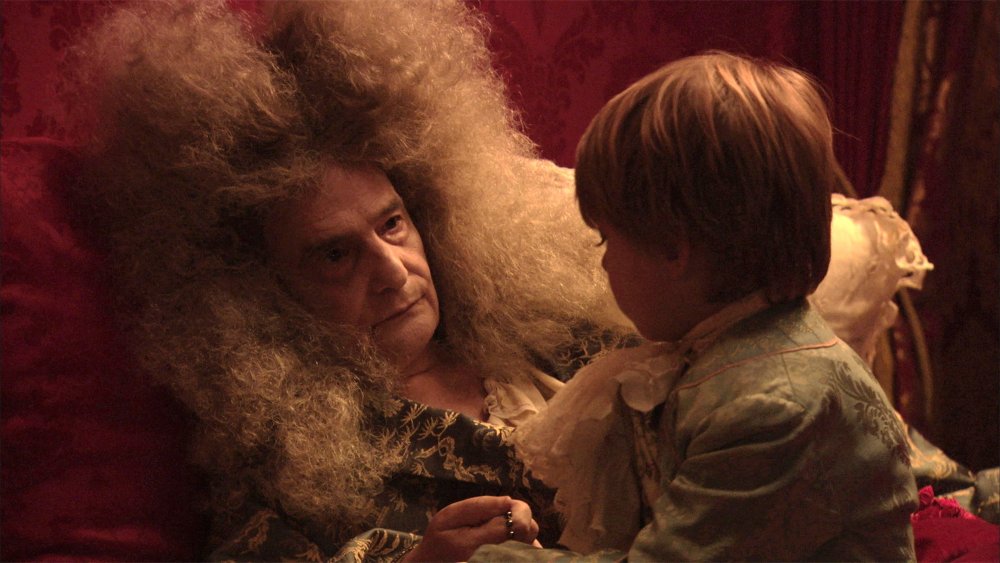 Actors inevitably carry their history with them to the screen, and of course older actors bring a longer history. But few film actors have personal histories that are as charged, not to say as mythical as that of Jean-Pierre Léaud. It’s a particularly significant experience to see a new film in Cannes with Léaud as lead, given that the festival – and indeed French cinema – has derived so much of its prestige from the revolution announced by Léaud’s first lead role in 1959, François Truffaut’s The 400 Blows.

Then, as the nascent nouvelle vague’s embodiment of reckless innocence, Léaud was a 14-year-old princeling. Today, aged 72, he plays a dying king – nothing less than le Roi Soleil, Louis XIV. The fourth feature by Catalan director Albert Serra is the French-language The Death of Louis XIV, a chamber drama depicting the final month in the monarch’s life, as recorded in the famous Memoirs of Saint-Simon and the less celebrated reminiscences of the Marquis de Dangeau. The film begins with an outdoor shot in which the king returns from a hunting trip with a pain in his left leg: the rest of the film takes place entirely within the royal bedchamber, as courtiers gather over a month to witness the king’s decline and death from gangrene of the leg.

It could be said that Léaud’s is a very physical performance, in that what he does is entirely a matter of the fact of his bodily presence. In truth, he doesn’t do very much, not in conventional terms. For nearly the entire film, Louis is all but motionless; he lies in his bed, receives visits and undergoes medical examinations, for the most part says nothing (except in one scene where he gives advice on statesmanship to a young child, soon to be Louis XV).

There’s one remarkable gesture, however; as the ladies in his court make coy pleas, visibly by rote, for their monarch to join them in some divertissement, the monarch graciously declines, but promises to grace them with a “grande salutation”. He calls for his hat; it’s brought to him. He lifts the vast feathered object to his head, hoists it above his peruke, then makes a flamboyant if mechanical gesture of doffing it. He then calls for his hat to be taken away. At last, the ladies applaud. 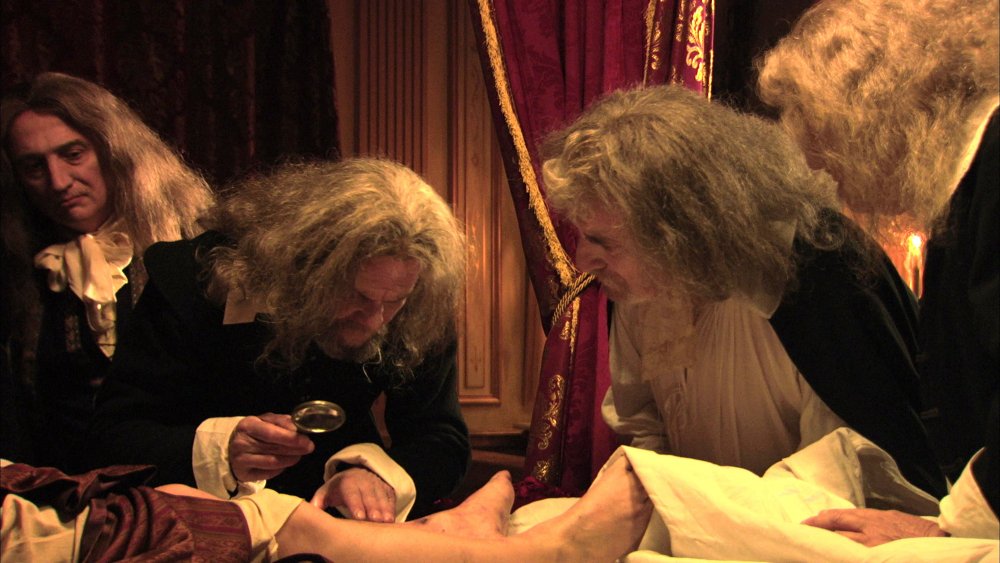 Serra’s film doesn’t mock or make heavy weather of the notorious layers upon layers of ritual and protocol that distinguished the royal court at Versailles; this one scene stands for much of it. But throughout we are sharply aware of the stark dichotomy between the corporeal presence of the king – a dying, rotting body which will be dissected and dismantled by royal surgeons at the end of the film – and the idealised nature of the ‘royal body’ as pure symbol. Léaud’s wig is the most visible manifestation of this: a massive fluffy white construction from which his face emerges like that of a decrepit God peering out of a cloud.

There are still traces of the intense heron-like young man that Léaud was in the 60s and 70s, in films such as Rivette’s Out 1 and the later episodes of Truffaut’s Antoine Doinel cycle. But there’s more of the ruined splendour of the eccentrics that Léaud played for directors such as Aki Kaurismäki (I Hired a Contract Killer) and Olivier Assayas (Irma Vep). The intensity of his gaze, here somewhat fogged and inscrutable, is nevertheless felt to powerful effect in a long take near the end of the film, just the king gazing silently at length – an image that some critics in Cannes compared to the closing freeze-frame of The 400 Blows, as if to complete the circle of Léaud’s career.

Serra is generally associated with the 21st-century ‘slow cinema’ tendency (I advisedly call it that rather than a movement), his films so far focusing on mythical figures from fiction, legend and history – Don Quixote in Honour of the Knights, the Magi in Birdsong, Dracula and Casanova in The Story of My Death. In his latest ‘sacred monster’ study, he has made a film in a somewhat classic mode – ‘classic’ in the sense of contained, stately, solemn, somewhat in the manner of Straub-Huillet – and a film that is extremely beautiful and even moving, in a rigorously detached way. Time stretches and shifts subtly in the editing (by Ariadna Ribas, Artur Tort and Serra himself), one sequence flowing seamlessly into another, as the confines of the king’s bedchamber become absolute – Jonathan Ricquebourg’s candlelit cinematography echoing the chiaroscuro of 17th-century painter Georges de la Tour (as well as John Alcott’s work on Barry Lyndon).

There’s a lot more to say about this strange, haunting film and about Léaud’s performance, but for now it struck me as a modest yet profound contemplation of mortality and history, and perhaps the most beautiful film seen in Cannes this year – where, although it was not part of the official selection, it would certainly have merited a place in the Competition itself.

Related to The Death of Louis XIV – first look