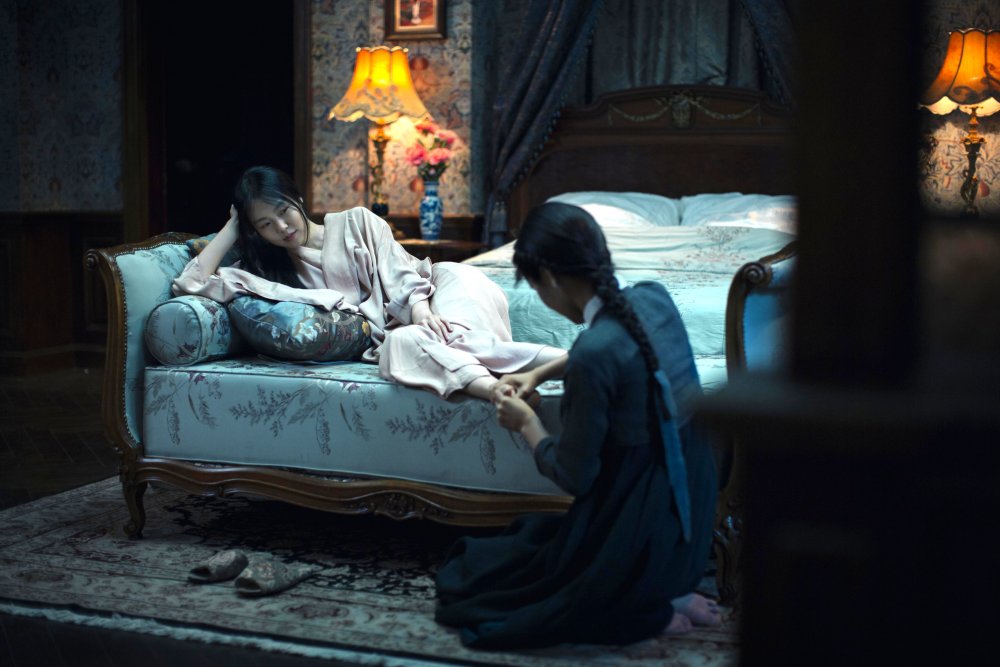 Making extensive use of flashbacks to parcel out crucial detail throughout the runtime, The Handmaiden loosely reworks Sarah Waters’ best-selling novel Fingersmith as a 1930s-set Korean kink-fest, in which two women cross and double cross each other in an effort to secure their independence. Co-written by Park Chan-Wook (of the breakout ‘Korean extreme’ Vengeance trilogy et al) with Seo-Kyung Chung, it is divided, like Waters’ book, into three parts, the first is told from Sookee’s perspective.

A pickpocket at the top of her game, Sookee is recruited into the service of the Count, a schemer whose big idea is to seduce Lady Hideko, a wealthy Japanese heiress, into marriage, then bundle her off to a madhouse, leaving him with the lion’s share of her fortune. To do this, he must lure her away from her pervy uncle-by-marriage, Kouzuki, who owns the stately mansion she inhabits and also has designs on her fortune. The Count hopes that a loyal handmaiden will provide just the assist he needs to help guide the lady’s affections.

This duplicitous set up marks only the beginning of a plush velvet cats’ cradle of entrapment and lust. Although there is an awful lot of plot to unravel, re-ravel and unravel anew from another perspective, the sense is that it’s all just an excuse to spend time inhaling a lavish world of perfumed cigarettes, breathless corsets, silken gloves and antique Japanese pornography.

Practically every surface in the film screams fetish, and, as in his underrated Stoker, Chan-Wook locates eroticism in some unusual places. Those with dentist phobias may not be able to fathom the appeal of gently filing down a sharp tooth, but for a minority of otherwise inclined viewers it will be a scene they’re been waiting for all their lives. 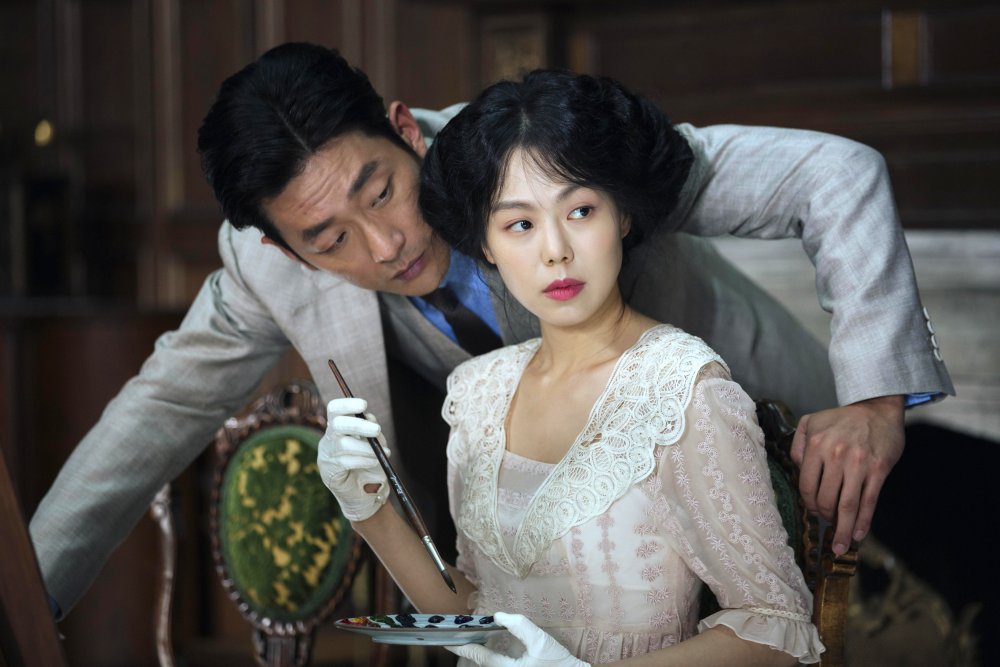 Newcomer Kim Tae-ri seems to have the strongest feel for the tone of the film – her performance is by turns funny, sexy and of a piece with the heightened atmosphere, which is reflected in every aspect of the lavish production, from the score to the colour grade to the art direction.

Kouzuki’s basement is full of outré horrors. Male and female genitalia preserved in jars of formaldehyde are briefly glimpsed; the whole space functions as a none-too-subtle subterranean expression of the old man’s id.

At 145 minutes, this parade of sensation risks flagging, like a Victorian freak show that has outstayed its welcome. For all that the Count obsesses over “ripening” his target for seduction at precisely the right moment and not a minute too late lest she “spoil”, by the time the credits roll, the film itself has more than a whiff of the overripe.

This would likely not be a problem if The Handmaiden wasn’t presented in one overlong banquet – the material would potentially lend itself to nicely to five half-hour instalments, occupying a similar place in a television schedule to Showtime’s over the top but entertaining Penny Dreadful.

Related to The Handmaiden – first look