For the 2018 London Film Festival Archive Gala, the BFI IMAX staged a variety show of early-cinema large-format actuality films, offering a towering immersion in the spectacles of our forebears. 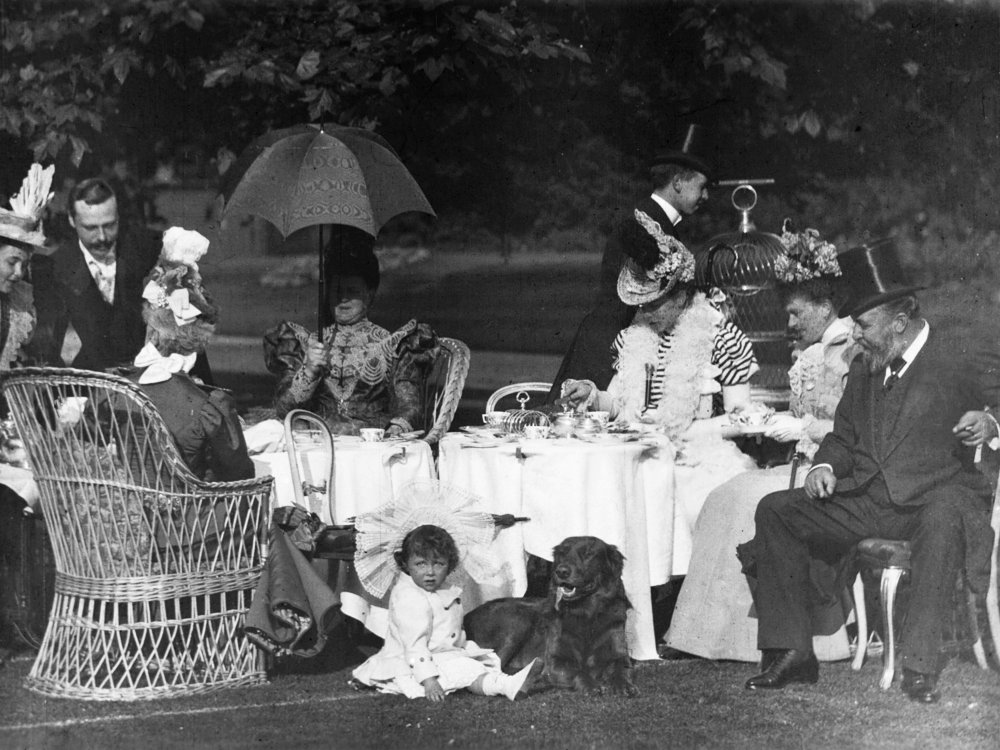 It’s an incongruous sight, if a pleasing one. I have never seen a six-piece band, a carved wooden lectern and a potted palm in an IMAX cinema before. They’re here for the London Film Festival Archive Gala, which this year takes a slightly divergent form. Instead the gleaming restoration of a feature film from the BFI collection, this year’s presentation goes right back to the beginning of cinema, and finds a link between an early, short-lived format and the spectacular thrills of 21st-century blockbusters.

The Great Victorian Picture Show screened at BFI IMAX on 18 October as the Archive Gala of the 2018 London Film Festival.

The films shown at the 2018 gala are Victorian movies, mostly just a few seconds long – views of scenery, animals, royal personages, Boer War battlefields and the occasional comic skit. The distinctive fact about that is that they are large-format films – mostly 68mm made by W.K.L. Dickson’s Biograph company, but a handful on 60mm from Gaumont. They may be around 120 years old (shot between 1897 and 1901) but they are a perfect match with the IMAX screen. So we spent the evening in a different era, as the cinema around us dissolves a little to make way for an evocation of the Victorian music hall, specifically the Palace Theatre in the West End of London where the Biograph films were first screened between variety acts.

Bryony Dixon, silent film curator at the BFI, who programmed this event, is our compere for the evening. After a brief bit of scene-setting, reminding us of other large-scale spectacles enjoyed by urban Victorians such as Wyld’s Great Globe in Leicester Square, Dixon offered an erudite commentary over the films, in the manner of her music hall predecessors, but updated for a less familiar audience. 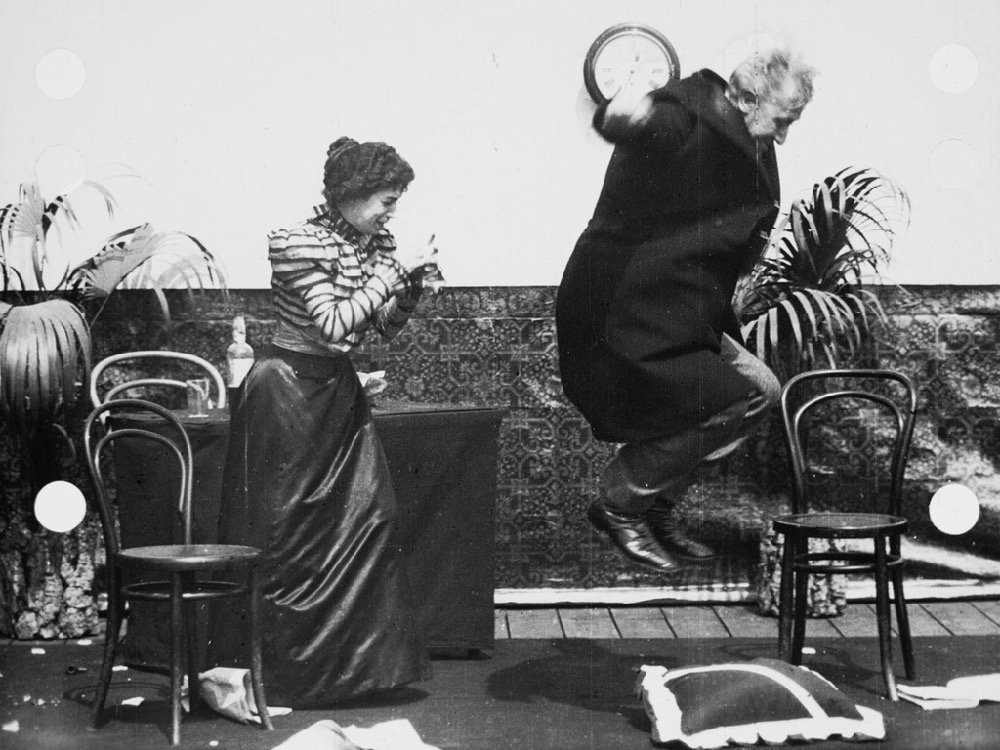 The band played for each piece, music newly composed by John Sweeney, one of the few people in the world who is adept at playing for such early snippets, and who produced the painstaking recreation of the music for a similar show – the reconstruction of the Phono-Cinéma-Théatre event at the 1900 Paris Exposition. As much as it was an effort to connect to history, this was also a very modern multimedia event. Sweeney’s music was always exquisitely timed to the action and often very beautiful – though it found room for humour when, for example, playing a comically slow rendition of Waltzing Matilda as the Australian cricket ground stepped gingerly on to the pitch in stilted single file.

As well as being projected for a crowd, some of these films would have been shown on individual Mutoscope machines for solo viewing; but this was very much a communal experience. The sheer scale of these films, with larger-than-life-size Victorians on screen, provoked awe, and that feeling was enhanced by being part of a crowd oohing and aahing at the remarkably detailed and vivid images. 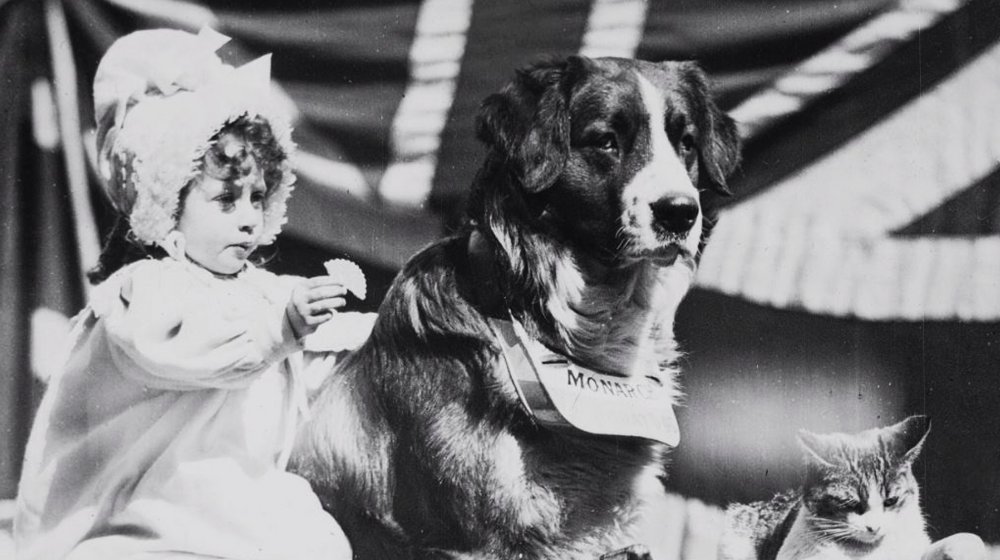 It’s a window on to another world all right, and an especially large one too. As the camera captures faces from the past in close-up we marvelled at the familiarity of faces and smiles, and the unfamiliarity of their formal dress and hats. The gala offered the same immersion into Victorian life that usually only comes with reading a fat Dickens novel by a wintry fireside. There were trams and markets, and so many majestic steam trains to savour. At this size, you can catch the human quirks of Victorians of all classes, from the grinning geezers at Petticoat Lane to British royals taking tea and the trembling hands of Pope Leo XIII as he removes his glasses and mops his brown.

The best of this show, for my money, is not these historical glimpses but its classically cinematic pleasures. Comic Herbert Campbell crams a hot dinner into his face for a laugh; Paris dancers frolic in costumes enhanced with hand-applied colour. Then there’s the grandeur of an exquisitely shot clip of the Oceania liner being launched at Belfast, a silhouetted crowd of bowler-hatter well-wishers in the foreground; the unexpected serenity of The Battleship ‘Odin’ With all Her Guns in Action (1900) or the breathtakingly steep hills captured by a camera riding the Georgetown Loop railroad in Colorado. That’s exactly what the big screen is for, whether it’s a Victorian novelty or a 21st-century IMAX display.