Writer-director Bas Devos tracks a cleaner’s journey home through Brussels on foot in this sensitive portrait of the city’s night owls. 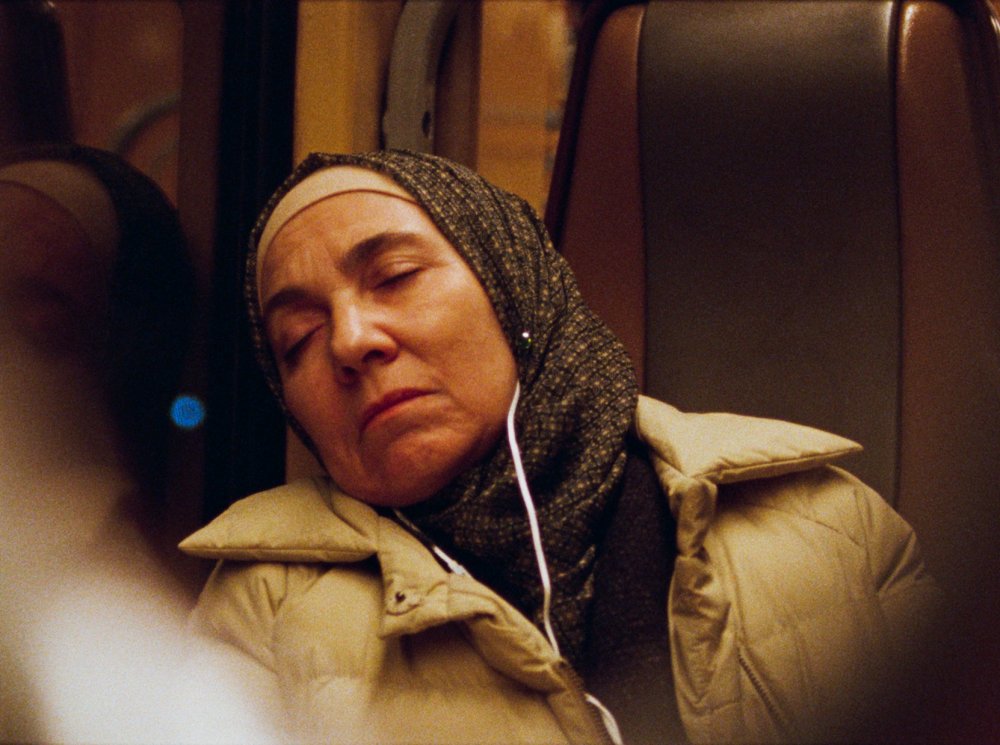 Early on in Ghost Tropic, a travel agent’s advert taunts cleaner Khadija (Saadia Bentaïeb). GET LOST, it says. The ad is backlit and garishly illuminates blue sky and white sand. It’s an alluring fissure in the grey and dim Brussels night through which the middle-aged woman is walking. She stares at it blankly and moves on; she’s tired after a long shift of cleaning and wants to get home. Yet, falling asleep on the last subway home, Khadija does indeed get lost. With out-of-service buses and insufficient funds her first barriers to an easy remedy, she sets off on a long, cold walk home – a curious, peaceful odyssey that fills this gorgeous, slender movie.

The film is writer-director Bas Devos’s third feature, his second in 2019 after a film made in response to the 2016 attacks in Brussels. That film’s name, Hellhole, certainly implied its mood, and Ghost Tropic is a powerful change of tone for Devos. As a nocturnal city film, it sits well next to the near-silent, wholesome Toute une nuit, by fellow Belgian Chantal Akerman, yet its concept is closer to Mike Leigh’s Naked. Instead of David Thewlis rasping lyrical in a decaying London, we have kind, quiet Khadija, glancing with her big Studio Ghibli eyes at a near-magical Brussels. Devos ensures there is no reason for us to feel scared for this exposed Muslim woman.

We follow Khadija as she forges fleeting bonds with Edward Hopper figures of the night, captured in a nearly square 4:3 frame. But these lonesome people are no nighthawks: they’re awake out of necessity – for work, or lack of shelter – and Ghost Tropic gives them the visibility they deserve through earnest portraiture. Helping a homeless man inside, then hitching a ride from a checkout woman, Khadija begins to take part in a city of unassuming kindness. 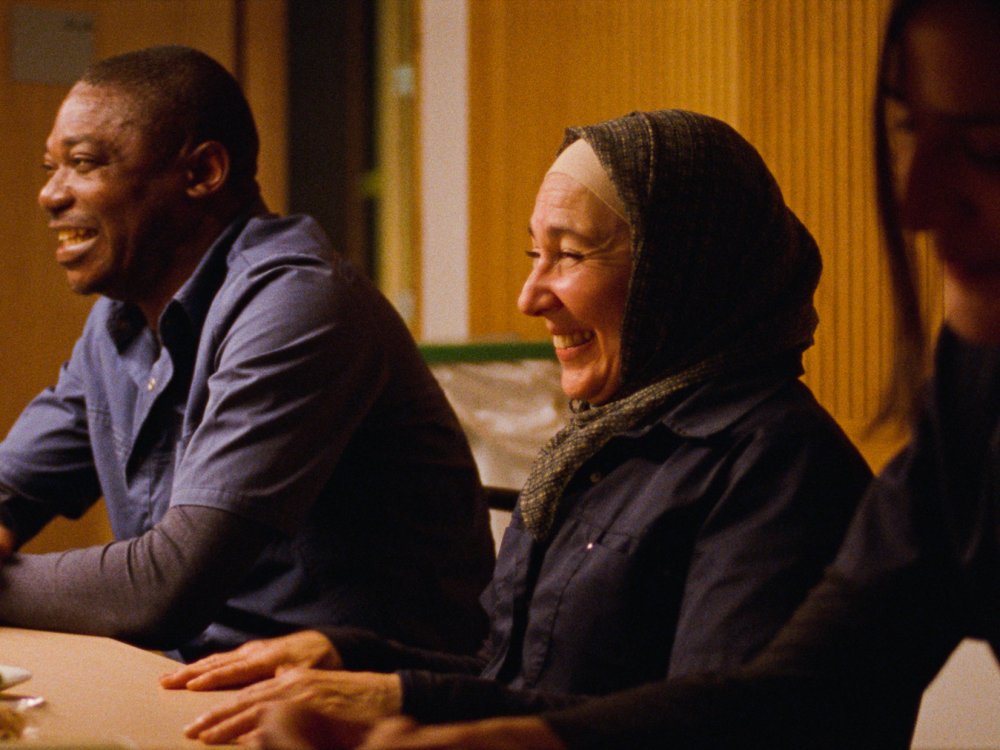 Thankfully, Khadija brusquely moves on before any encounter has a chance to start cloying, sometimes with a funny abruptness. She carries a saintliness about her, and the camera remains with her companions for a few moments after her departure, as they soak up the gentle wake of her miraculous meander home.

The film is mostly grounded in Khadija’s subjectivity, but sometimes something distracts it. The camera spots images – a figure smearing across a CCTV monitor’s LCD, a security guard’s vape cloud – that take on the film’s titular spectrality. It zooms so far into raindrops on a windscreen that you experience an abstract minute of rotating geometry, like an Alexander Calder mobile. Most effectively, eerie tropical bird call sometimes overwhelms the sound design – as if a wormhole has opened and the sound is leaking from the GET LOST tropical island.

Through these hypnotic digressions, Devos invokes an unplaceable, mystical presence that accompanies Khadija along her way. As her journey draws to a close and the next working day looms, though, the film sinks back down to earth: we recognise that Khadija can only get so lost during her commute between A and B. Thankfully, an unexpected, optimistic coda (involving her daughter) ruptures the film’s sense of mundane, life-long routine, as if lifting a family curse. It’s a magical off-axis end to the near-symmetrical, patient Ghost Tropic: a witching hour-and-a-half that unfurls as gradually and un-threateningly as the sky lights up during dawn.