Jenna Bass scales up to this wild genre mashup that explores the social rifts which still divide the country. 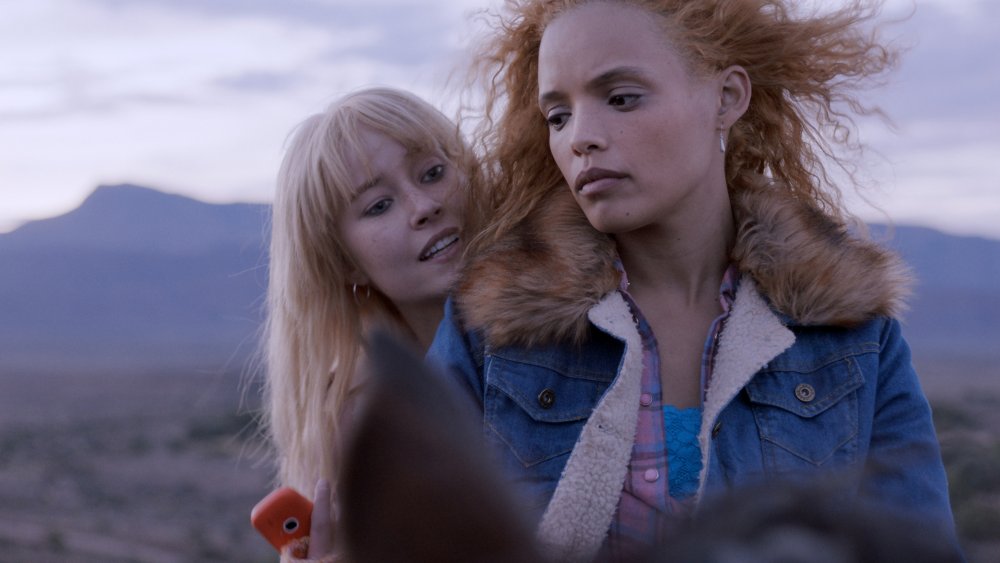 There’s something of a running gag in Flatland involving the outwardly hard-bitten, seen-it-all detective Beauty Cuba (Faith Baloyi, the film’s most grounding performer) never failing to make time to tune into her favourite ‘soapie’, which seems to revolve around a single neverending lovers’ spat over infidelity. It’s not difficult to read these snippets as underscoring the rest of the film’s thematics – issues of spousal loyalty come up often – but more concretely they function as a nod to perhaps the strongest stylistic reference point of Jenna Bass’s South African kitsch-western genre mashup.

Beauty is out searching the region around sleepy Beaufort West for young, just-married Natalie (Nicole Fortuin) and her pregnant, free-spirited friend Poppie (Izel Bezidenhout) after Beauty’s fresh-out-of-prison former lover is framed for a murder Natalie commits. The film alternates between its protagonists, switching gears between Beauty’s murder investigation and Natalie and Poppy’s journey, largely on horseback, through the Karoo desert en route to Johannesburg. Shot by Sarah Cunningham, Flatland relishes the opportunity to present this forbidding interior region of South Africa in the manner of many of the recent revival westerns, emphasising the dusty roads, distant mountains and endless sky. It’s these scenes on the road where the film is at its strongest.

While the plot and characters of Flatland, from a distance, seem to play to western and police procedural beats, closer up they have at least as much in common with the soapies that feature so prominently in the background. A certain kitschy element runs through many scenes, as characters announce their beliefs with forceful, very scripted declarations, or change relationships on a dime, or inspire bold music cues (including, memorably, Smile.dk’s Butterfly). This is at times effective, and there are some appropriately hand-over-mouth shocking developments throughout the film elevated by this approach, but it also frequently makes for exceedingly jarring viewing that strains credibility. 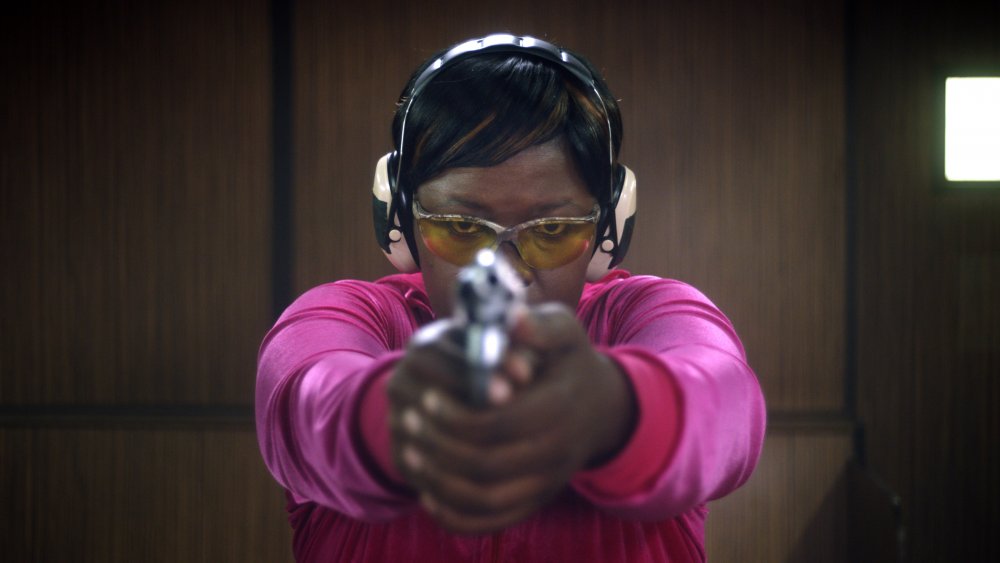 Despite its frivolous exterior, the film does have quite a lot to say about the state of things in South Africa – though much of this may be lost on audiences not already familiar with the country. When talking to her lover Billy (Brendon Daniels), Beauty makes multiple reference to “how things have changed” in the country during the 15 years he’s been in prison, but the particular changes she means, and how they affect the characters, are left unsaid. More obvious are the politics of Natalie and Poppie’s story, which explores an inter-class and -racial friendship (Natalie is the daughter of a black woman once employed by Poppie’s white family), as well as topical explorations of gender roles and consent, especially when it comes to Natalie’s violently abusive husband.

Flatland sees Jenna Bass graduate from quirky low-fi gender politics-focused efforts Love the One You Love and High Fantasy to comparatively large-scale genre trappings (though still with a feminist twist). It’s a transition that benefits in some areas from her unique approach but falls short in others on the back of confusing and disorienting choices. Still, there’s a certain magnetism to the setting and performers that holds the film together, and the movie is if nothing else unique – a glimpse into a very particular slice of South Africa that feels genuine and lived-in, even through the layers of genre abstraction. It’s an experiment that was perhaps only partially successful, but the process is certainly intriguing and worthwhile.