Film of the week: The Wonders

A taste of honey: Alice Rohwacher’s second feature conjures a teenager’s burgeoning delights and desires against the waning of a less than Arcadian way of life. 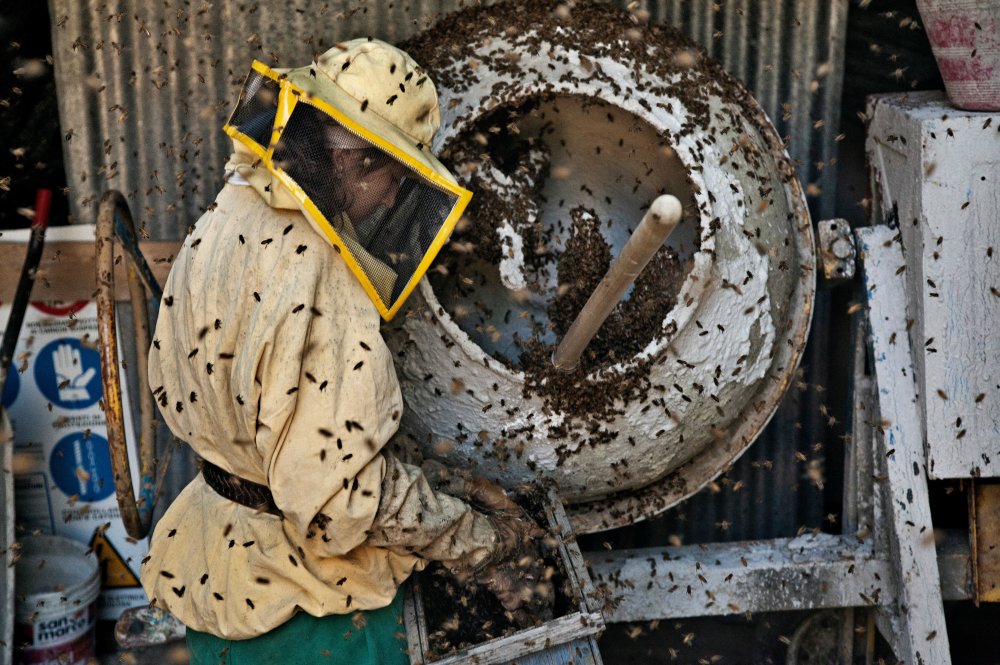 Spoiler alert: the review discusses the ending of the film.

Without any of the self-importance, maudlin sentimentality or winking reflexivity that characterises most coming-of-age tales, Alice Rohrwacher’s second feature is a patient argument for, and quiet toast to, a rapidly disappearing way of life. Like her exquisite debut Corpo celeste (2011), The Wonders expresses the array of feelings that come at the cusp of adolescence, more often than not wordlessly conveyed through Hélène Louvart’s beautiful cinematography. Here, these experiences are interconnected with the sociologist Saskia Sassen’s ideas of how cities and public spaces are increasingly ‘theme-parked’, sometimes finding strange parallels between them.

Gelsomina (Maria Alexandra Lungu) lives on a farm in the Tuscan countryside with her fiercely independent German father Wolfgang (Sam Louwyck), French mother (Alba Rohrwacher), three younger sisters and Cocò (Sabine Timoteo), who acts like an aunt and helps work the land but isn’t a blood relation. (Cocò’s presence suggests that the farm was once a commune and that she’s the lone hanger-on – an impression reinforced by the polylingual parents and a surprise visit from Coco’s old beau.)

The family’s main source of income – and most time-consuming form of labour – is their apiary, where Gelsomina, as the eldest, serves as her father’s most active assistant. Diligent and skilled in their work, she and Wolfgang are as close as such a man could allow himself to be to his offspring. (While they’re tending to the bees, he quietly tells her, “We’re better alone, you and I.”) After chancing on the set of a Fellini-esque ad for Countryside Wonders, a TV talent-show in search of the best regionally produced food, Gelsomina becomes intrigued by the beautiful host Milly (Monica Bellucci) and secretly enters the family honey into the competition. After Gelsomina admits what she’s done, everyone in the family is charmed by the prospect – except Wolfgang.

The schism between father and daughter widens with the arrival of the silent Martin (Luis Huilca Logrono), a German juvenile delinquent whom the family agrees to rehabilitate through farm work and carefully scripted Supernanny-like behavioural interventions. (Both yelling and hugs are verboten.) Martin also comes with a nice stipend, provided that regular reports are filed to the state; however, neither this money, nor the floundering farm, seems to stem the tide of their financial ruin, and the film’s quietly observed finale shows everyone sleeping on a mattress outside their now empty house. 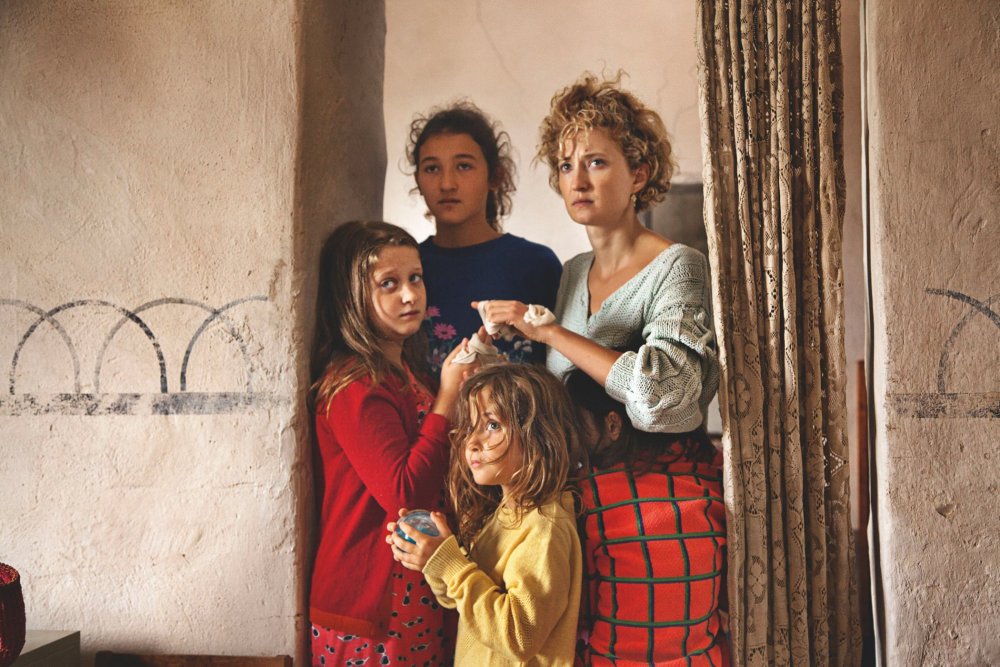 Much of the film’s power comes from its embrace of the ambiguous – specifically with regard to time: this story could’ve occurred at any point in the past 50 years, something reflected in the characters’ indeterminate leftie utopianism and their clothing, which blend styles from the early 1980s to the present. (Digital technology is absent as well, which, given the characters’ economic status, isn’t entirely implausible even today.)

The negative side of such ahistoricism is shown by Countryside Wonders, which only cares about spectacle, cash and making the region more tourist-friendly; all the show’s participants are therefore fitted out in wildly inaccurate ‘Etruscan’ costumes. (Cocò is given a gigantic leopard-print hennin, which she uses to blow her nose when the show’s proceedings get a little heavy for her.)

Equally timeless and profitable is the myth of the family farmer that Countryside Wonders (and many a politician) exploits: they’re simultaneously hardworking nuclear families, emblematic of traditional values, and remarkable artisans who fight the evils of nutrient-free, mass-produced food by crafting organic comestibles. As The Wonders reveals, the freedom from the corrupting modern world the family supposedly enjoys is entirely false, largely because of the work of external forces whose implications become deeply personal. The family’s neighbours, the Portarenas (Carlo, his mother, and his grandmother), use a pesticide provided by the Farmers’ Association which inadvertently kills a large number of Wolfgang’s bees; rather than sticking together, Carlo laughs it off and says he’d rather have larger crops. (Naturally, he goes on to win the competition with his prosciutto, bashfully telling Milly that he wants to turn his land into a resort in order to attract women.)

And although Gelsomina’s family is indeed nuclear, it’s perpetually on the verge of collapse because of Wolfgang’s anger, caused in large part by his inability to follow his ideals owing to financial obstacles; Gelsomina’s mother is frequently shown sleeping in a separate room from her husband, and at one point threatens to leave. (The conservative ‘change or die’ false alternative offered by the state is meanwhile embodied by the social worker who oversees Martin’s case and lectures Wolfgang on his stubbornness.) 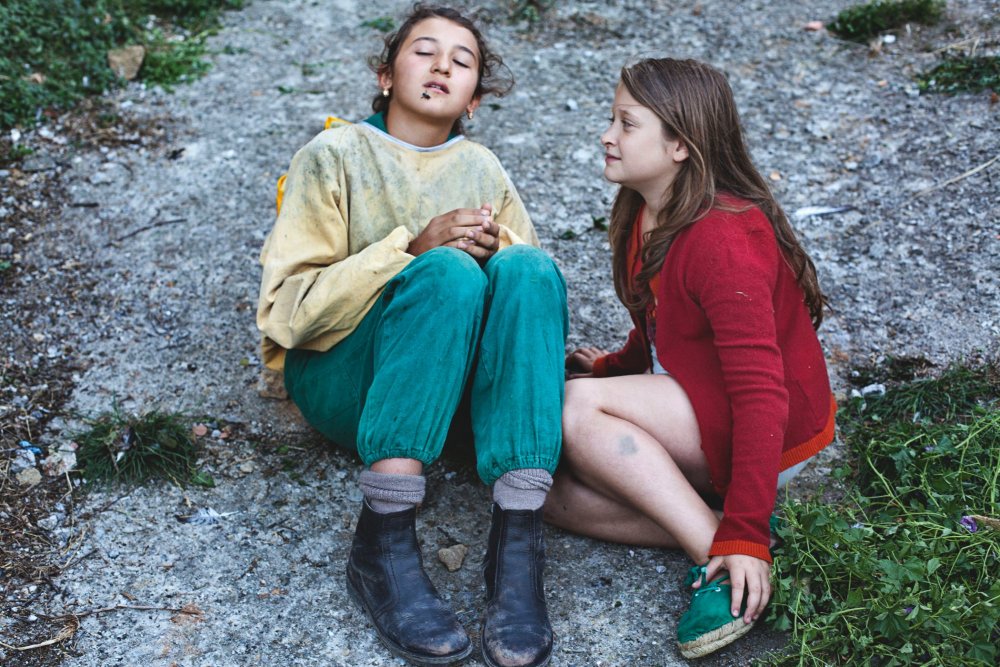 But because this story is told through Gelsomina’s eyes, it makes sense that so much of the detail that drives the plot is opaque, full of gaps and elisions. Whatever the family’s ideological underpinnings might be, why they’re so doggedly committed to them and what larger forces might be encroaching on them (aside from what the TV competition represents) are never spelled out, and simply get taken for granted – they could be harmless hippies or Baader-like terrorists on the run. (When given the opportunity to explain how he makes his honey and what’s so special about it live on television – given carte blanche to proselytise to the masses – Wolfgang, his eyes bulging, nervously stammers a barely coherent response: “I’d like to say: certain things can’t be bought… I was saying, when we work this honey… The world is about to end.”)

Similarly, who or what is funding Countryside Wonders remains unclear, though the contest’s tawdry production values strongly suggest state funding, perhaps the efforts of a Berlusconi-style tycoon who’s vertically integrated himself into politics, media and land development, or some more benign but equally profit-driven force. (Given Italy’s climate of corruption, it would probably be unclear even if Gelsomina were more grown-up.)

The film’s close alignment with its protagonist also allows for moments of marvellous, otherworldly desire, something that characterises the film just as much (if not more) than its anti-consumerist politics. Each of Gelsomina’s small, secret explorations of sensuality is suffused with that raw, clumsy curiosity of anyone’s pre-teenage years, yet unfolds without being cringeworthy or overly joky, be it when she scurries into a barn with her sister Marinella to pantomime ‘drinking’ a beam of light, performs a pop song about the promise of eternal love (complete with exaggerated choreography she’s invented) with the same sister in tow, or performs a trick that involves bees crawling out of her mouth and on to her face without stinging her. (The penultimate scene, shot in a manner that’s more dreamlike and abstract than any other part of the film, suggests a degree of ambiguous physical and emotional intimacy between Gelsomina and Martin.) 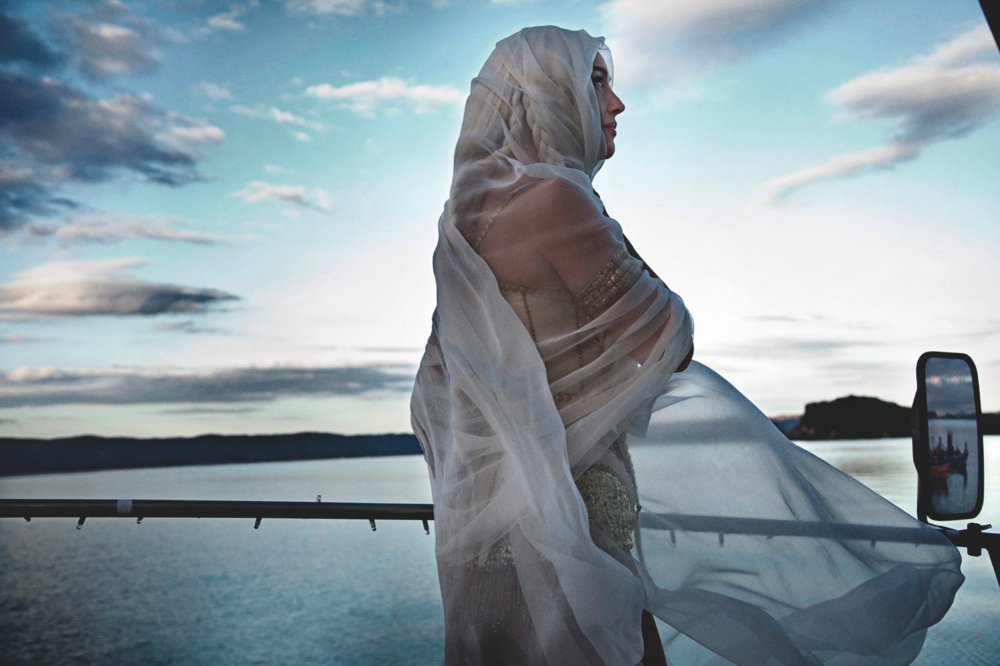 Gelsomina’s fascination with Milly and the television show comes from a very similar place, as much prompted by her curiosity about her impending development into womanhood as by Milly’s clean white gowns, Barbie-doll glamour and fairy godmother-like promise of change. In some way, the TV crew function as Milly’s minions, and achieve no small measure of magic by rigging lights and managing multiple camera set-ups inside an island necropolis where the big competition is filmed.

Building on deeply personal – but not strictly autobiographical – foundations, Rohrwacher has constructed a world that, despite its chimerical elements, feels closer to day-to-day experience than many more seasoned directors have achieved in their entire careers. It’s also a rare film that makes a convincing and reasonable political statement. (For those who think it is unjustified, Tuscan agriturismo vacation packages are available to anyone who wants to experience the wonder of The Wonders first-hand and help herd lambs themselves.)

In perfect harmony with itself, the film retains a documentary feel without resorting to heavy-handed vérité aesthetics. Even after multiple viewings, The Wonders remains a sumptuous, tender portrait of an era that we might already, unknowingly, have passed beyond.

Related to Film of the week: The Wonders