The washed-up corpse of Daniel Radcliffe coaxes Paul Dano’s suicidal castaway back to the pleasures of the flesh in this resourcefully way-out body-buddy comedy. 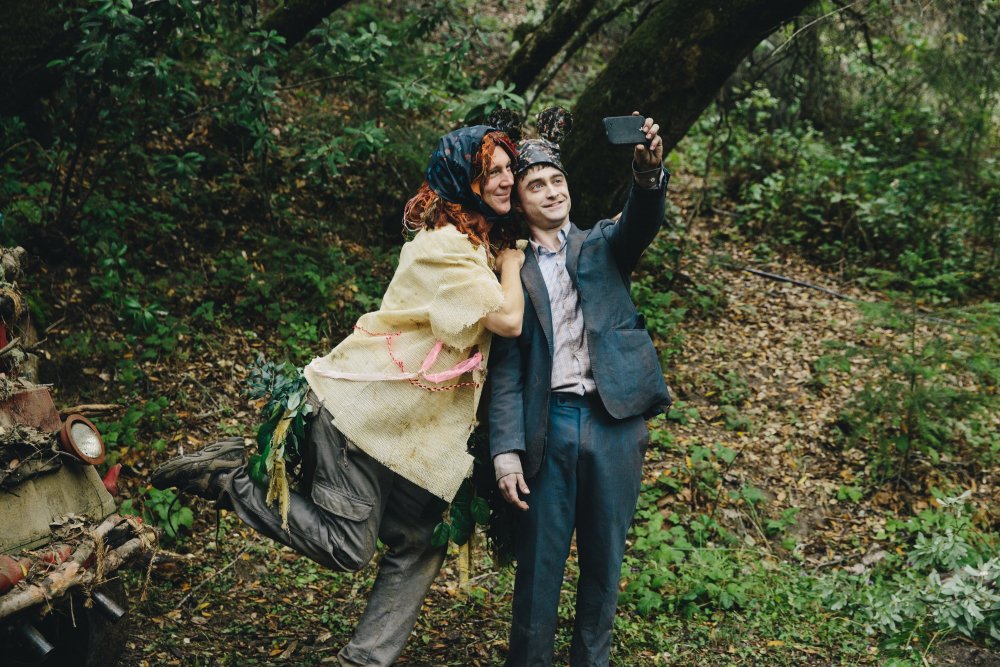 There may be no more evocative pairing in American cinema than Warren Oates’s Bennie and his silently mouldering travelling partner in Sam Peckinpah’s dusty classic Bring Me the Head of Alfredo Garcia (1974). The spectacle of a battered gunslinger lovingly lugging around the decapitated dome of a deceased bandit sits at the intersection of existentialism and exploitation, just around the corner from Hamlet in the graveyard. It’s an exquisitely sick joke that gets funnier and creepier as the movie goes on. Are Bennie’s one-way conversations with the late Alfredo a sign of encroaching madness, or is he simply more in touch with his fatalism than his rivals are? And when it comes right down to it, aren’t we all dead men walking?

Bring Me the Head of Alfredo Garcia isn’t, though, one of the films that has been mentioned in relation to the Sundance-fêted indie Swiss Army Man.  Critics have typically cited more mainstream films such as Ted Kotcheff’s Weekend at Bernie’s (1989) or Robert Zemeckis’s Cast Away (2000), both of which make perfect sense as reference points. Like Weekend at Bernie’s, Swiss Army Man is a buddy comedy in which one of the buddies is a dead body; like Cast Away, it’s set in a remote location that becomes a crucible for a stranded character’s physical survival and emotional growth.

But even if Daniel Kwan and Daniel Scheinert’s feature debut is more obviously indebted to these later movies – as well as a host of other filmic and literary sources, ranging from Robinson Crusoe to the collected works of Wes Anderson – it has at least a little of Peckinpah’s morbid gravity tethering down its frequent flights of fancy. The film is over the top and grounded at the same time. 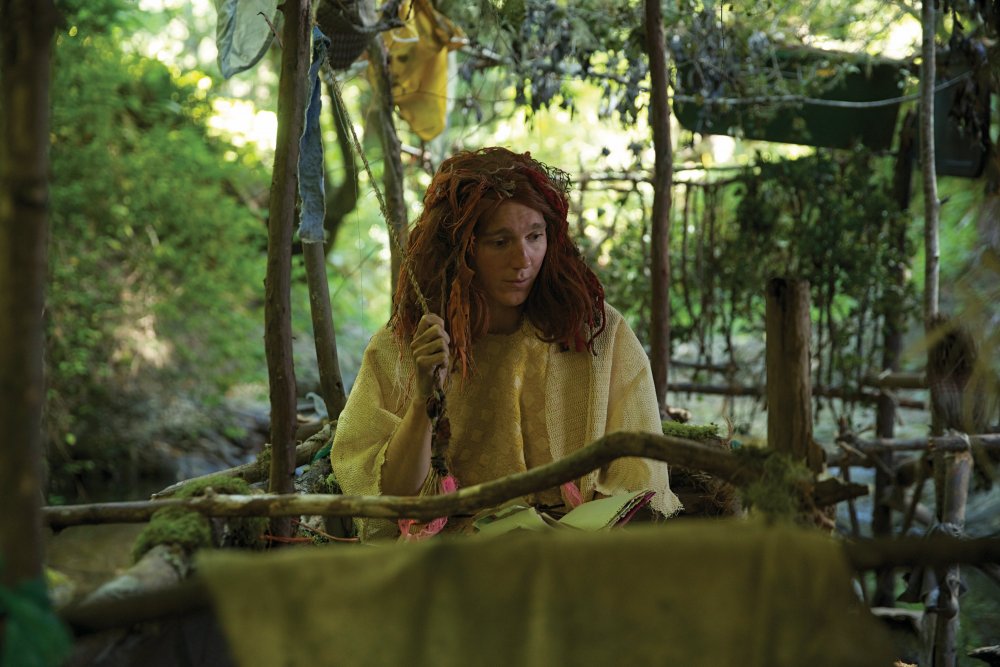 Swiss Army Man opens on frail, emaciated Hank (Paul Dano) as he constructs a makeshift gallows on a deserted beach, fully intent on committing suicide – until a body washes ashore and piques his curiosity enough to put his suicide attempt on hold. The juxtaposition of a man (literally) at the end of his rope and the soggy, dishevelled cadaver suddenly caught in his line of sight is striking: it indicates that the first-time filmmakers orchestrating the scene have cleverness to spare.

The conceit of a corpse that inadvertently saves a life is authentically poetic. But then the body begins emitting gurgling post-mortem flatulence and Hank, in the throes of either a hardwired survival instinct or dim memories of old MacGyver episodes, tries to ride the wake left by these emissions, motor-boat-style, back to civilisation. Five minutes in and the fart jokes are going full throttle. The question of exactly what kind of movie the directors think they’re making – or maybe what sort of movie we think we’re watching – starts to feel uncertain, to say the least.

Not in a bad way, mind you. At a moment when the majority of American comedies either settle on a single tone and hunker down for the duration (eg, the sitcom melancholy of Judd Apatow or the bohemian ditziness of Noah Baumbach) or struggle to locate one (pretty much everything else), Swiss Army Man’s mix of sobriety and silliness is largely invigorating.

The richest wellspring of surprise is Daniel Radcliffe’s performance as Hank’s corpse-companion Manny, combining as it does inspired flesh-and-blood physical comedy – drooping limbs and dead-eyed facial paralysis – with special-effects-enhanced superpowers that seemingly bring the story into the realm of fantasy. The film’s title refers to Manny’s apparently boundless abilities to generate the tools and resources (including a steady reservoir of fresh water) that Hank needs to stay alive; in exchange, Hank will help Manny, who gradually regains the power of speech, to remember everything he’s forgotten about the time before his demise. 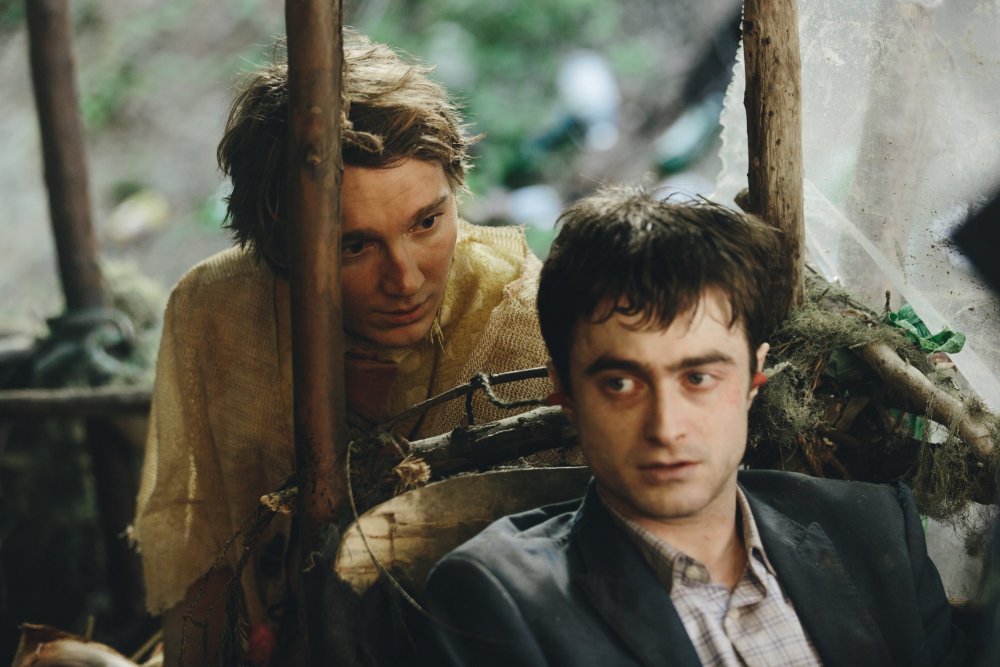 This comedy of pop-culture recognition is more complex than it might have been, however, especially in a long set piece – exceptionally well edited by Matthew Hannam – in which Hank, under the guise of teaching Manny about talking to girls, dresses as the young woman whose digital snap adorns his cellphone screen. Guiding Manny to act more like him while he simultaneously plays the girl of his dreams, Hank becomes the author and object of his own desire.

The contrast between Hank, who is alive but physically feeble, and Manny, who is dead but biologically potent (his rigor-mortised penis acts as a divining rod), hints at a bisected masculinity, which is further fractured by flashes of explicitly homoerotic imagery (including a submerged kiss straight out of Waterworld). Swiss Army Man isn’t coy about this subtext: if there’s a thematic throughline here, it’s the acknowledgement – and also the potential amelioration – of embarrassment in terms of the body and its urges, which extends to sexuality. Manny’s brainless physicality is a form of torment – he’s a cipher – but it also carries a sense of liberation: in his zombified state, he’s incapable of overthinking things. 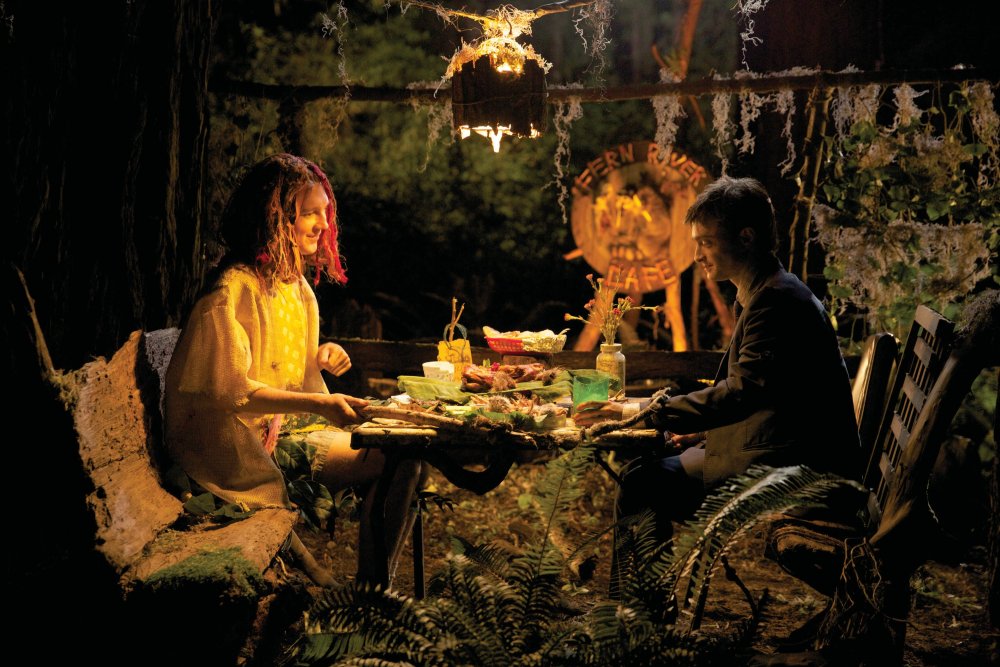 Hank’s yearning for that kind of comfort in his own skin is achingly well acted by Dano, whose work here as an inverted nerd signifies beyond simple typecasting. If Dano has a flaw as an actor, it’s a tendency to exaggerate psychological fragility – in films such as 12 Years a Slave (2013) and Love & Mercy (2014), he seems to be striving for a transcendent weakness. Here, he takes a character who is already past his breaking point and gradually builds him back up into a figure of quiet dignity, which gives the later passages, describing a return to civilisation, an unexpected emotional kick.

It’s the willingness of all the major parties – the two directors and their stars – to risk ridiculousness that puts Swiss Army Man over the top. Almost every scene in this very carefully constructed movie can be read two ways, but Hank’s final exchange with Manny, which returns them to the sort of beachfront setting where they initiated their friendship, has an especially jagged double edge.

Whether or not one concludes that Hank and Manny are finally two sides of the same person, their parting is suffused with melancholy and catharsis. And whether one reads Swiss Army Man as a movie about the acceptance or defiance of death, the way that it retains its conceptual spaciousness in the midst of so much audiovisual clutter is impressive. If Swiss Army Man is occasionally annoying, it is not a case of rookie directors letting their imaginations run away with them. The film is not simply undisciplined: rather, it questions the efficacy of discipline as an end in itself; that may not be an original question but it is still worth asking, especially in the form of a gently absurdist, unapologetically twee crowd-pleaser. That the last shots find a way to visually quote Jean-Jacques Rousseau amid a final flurry of flatulence is some kind of achievement anyway.