Film of the week: On the Road 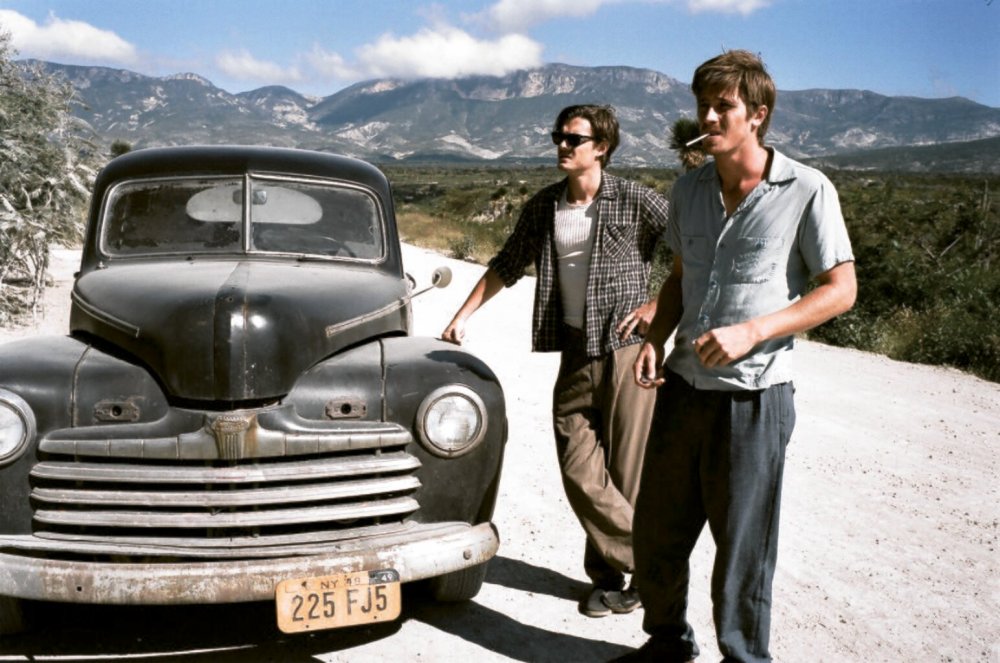 If viewers stay for the end credits of On the Road, they hear Jack Kerouac reading his famous novel over a short, searingly bright sequence showing a young man, his back turned to the camera, sauntering down a railway track in a desert. Ambient and ambulatory, detaching audio from video, movement from narrative, this sequence captures in film the experiment that Kerouac undertook in prose in On the Road.

Sadly, it’s the only section that does; the film instead unreels sedately over two hours of travelling shots of picture-postcard American landscape, sparely soundtracked amid jukebox hits by Gustavo Santaolalla, who also scored Brokeback Mountain. Whereas Ang Lee’s 2005 film was both a detailed hymn to, and critique of, Americana, Walter Salles’s movie is a lavish museum piece. With period-perfect costumes and cars draped around the attractive bodies of young performers Sam Riley, Garrett Hedlund and Kristen Stewart, the film is more an extended Urban Outfitters advertisement than an essay on, or into, the exciting experiments of Beat Cinema.

Given that On the Road, as a book, has become an accessory to the beatnik and hipster chic commercialised by chain stores since Gap, perhaps Salles’s film fittingly reflects its afterlife. It’s fitting, too, that the only interruptions to the film’s palatability – in which even cotton-picking is rendered as a languidly erotic summer vacation for protagonist Sal Paradise – come from seasoned performers in cameo roles. Steve Buscemi is convincingly seedy and sympathetic as a salesman buying sex from Sal’s friend and hero Dean Moriarty, emphasising the extent to which Riley (Sal) and Hedlund (Dean) are out of their depths, but it’s Viggo Mortensen who steals not only his scenes but the film, with a brilliantly unhinged performance as Old Bull Lee, Kerouac’s pseudonym for writer William Burroughs.

Mortensen’s performance has the genuine, and ferocious, frisson of inhabitation that the biopic demands: alternately gun-crazy, butt naked and sharply observant. His presence is suggestive of another potential film lost inside this version’s obsession with cool youth, as are the well-realised scenes with Sal’s family, which bode well for an adaptation of Maggie Cassidy, Kerouac’s realist roman à clef, but are tonally at odds with the attempts to show the bright young things as they “burn, burn, burn”.

For all its modernising attempts to empathise with the abandoned and objectified female characters, the film can neither fully indict its principals’ behaviour nor celebrate it, becoming coy in the metronomically regular sex scenes that further showcase the attractive bodies cast. Stewart and Kirsten Dunst, as Dean’s wives Marylou and Camille respectively, make the best of underwritten characters, as does Alice Braga as Sal’s almost-silent girlfriend Terry. Riley does bring a hooded-eyed (if one-note) intensity to Sal, similar to his Ian Curtis in Control (2007), but Hedlund fails utterly to convey the magnetic charisma that made Neal Cassady (the real-life model for Dean Moriarty) the linchpin and muse of the Beat scene, thus rendering the film more or less null.

Leaning heavily on biographical material concerning Dean/Neal’s bisexuality that is present only implicitly in the novel, the film uses sex (or its intimations) to replace its source’s orgasmic reveries of road travel and jazz, both of which are minimised as screen presences. The other rhythmic structure is writing: Kerouac the writer is fused with Sal the character, so that the film is punctuated with scenes of Sal’s spontaneous writing, sporadically accompanied by voiceover. It ends with the typing of the novel in a continuous scroll. Kerouac claimed to have written the book from scratch and without editing in three weeks; the film hedges its bets by giving the viewer both Sal’s note-making and the myth.

In fusing the biography to the novel, it does a disservice to both, neither making room for a critical reappraisal of Kerouac’s life nor allowing the space for an inventive adaptation that parallels the novel. Salles’s 2004 Che Guevara film The Motorcycle Diaries did something similar, albeit with a less well-read book. In addition, that film had a political message, however alternately soft-soaped and didactic, concerned as it was with engaging younger viewers with the crucial formation of the revolutionary who launched a thousand T-shirts. Under its on-trend, Mad Men-lite look, On the Road barely hazards a suggestion that the Beats’ experiments in life and art would open the field for the liberation protests of the 1960s. Its conservative cinematic style looks hopelessly square next to 2010’s adaptation/documentary Howl, let alone the films Jack Sargeant calls Beat Cinema.