Film of the week: The Brand New Testament 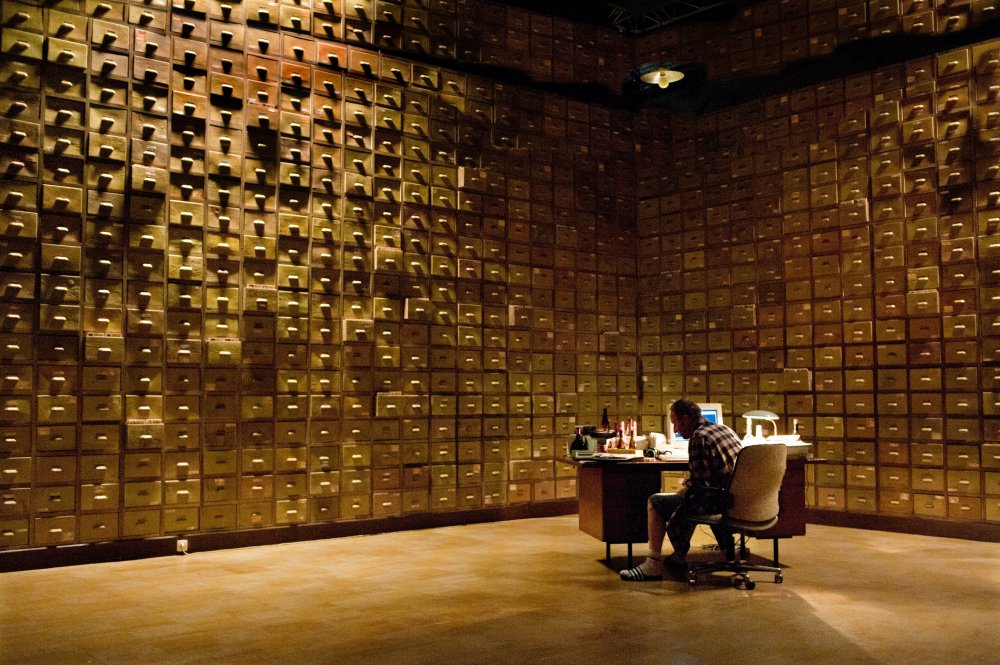 If Belgian director Jaco Van Dormael’s fourth feature in 24 years – and first since 2009’s Mr. Nobody – feels familiar, it’s because those who subsequently adopted his brand of whimsical fable achieved greater popular success than his own work ever did: think Jean-Pierre Jeunet’s Amélie (2001) or the DIY surrealism of Michel Gondry. Evidently reinvigorated, Van Dormael returns with sharper focus and broader comic appeal in this religious satire, which should reassert his rightful prominence in Francophone fantasy cinema.

One could envisage his gleefully, gently blasphemous conceit – God as a capricious boor, undone by his own feckless cruelty, his rebellious daughter Ea and a human race forced to reckon with its mortality – played as apocalyptic Bergmanesque tragedy or ferocious takedown of sacred cows. Instead, Van Dormael opts for something lighter, more allusive: global catastrophe as individual, spiritual reckonings. And, as with both his acclaimed 1991 debut Toto the Hero and Mr. Nobody, he explores ideas of reconstructing identity in the wake of personal, often familial trauma.

The Brand New Testament’s Creator is decidedly ‘Old Testament’ (and Benoît Poelvoorde’s haranguing fire-and-brimstone performance certainly demands Job-like endurance from viewers). From a dingy Brussels office with walls of towering filing cabinets, God torments mankind with tyrannies petty (toast always falling jam-side up) and severe (plane crashes). In effect, He is antagonist not only to young heroine Ea (a winning Pili Groyne, Marion Cotillard’s daughter in Two Days, One Night) but also to Van Dormael’s whole filmmaking ethos: rather than bureaucratic, autocratic directives from on high, this is free-floating, creative expression imbued with diversity and generosity. 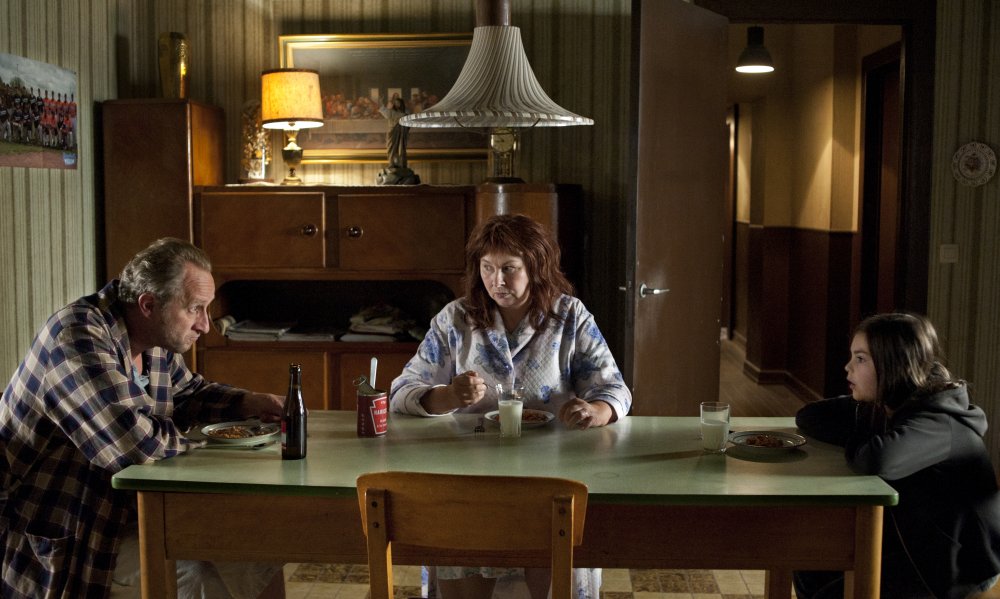 Instead of trying to nail down the specific new doctrine suggested by the film’s title, Van Dormael and co-writer Thomas Gunzig delight in comic meanderings and visual flights of fancy. Giraffes strut through deserted streets, a disembodied hand pirouettes to Handel, and random daredevil Kevin defies his distant death date (the pre-destined dates of everyone’s demise having been leaked from God’s computer) with increasingly outlandish stunts.

However, Van Dormael’s mutability gradually reveals his idée fixe. The film’s exploratory energy is explicitly guided by the female perspective at its centre: that of Ea and, latterly, her mother. It’s the filmmaker’s corrective to centuries of oppressive patriarchal dogma – God no longer has mankind ‘by the balls’ – and it’s thus fitting that his own patchwork gospel remains a fluid, feminine text. 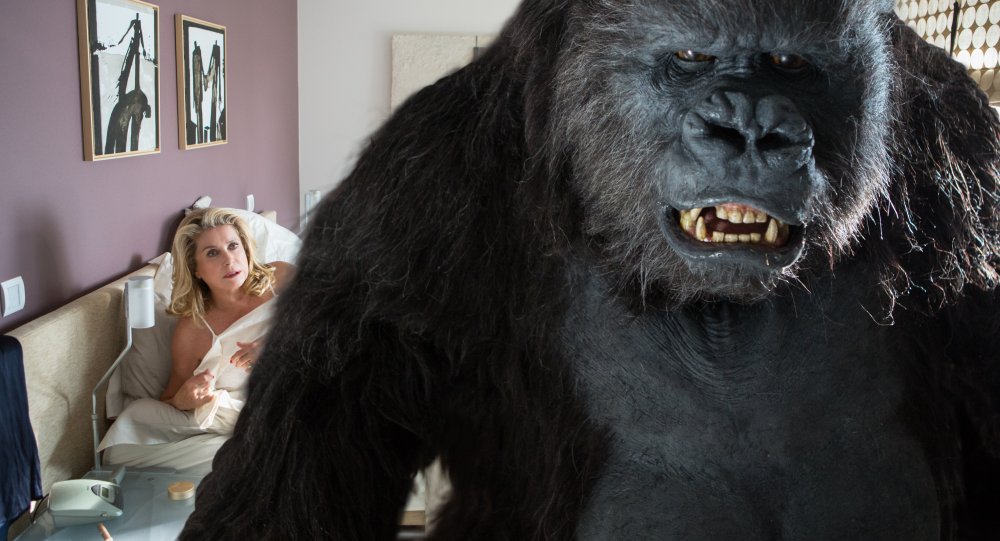 In pure storyline terms, this can frustrate. When Ea decides to write her “brand new testament”, she goes in search of six apostles, and their sequential tales engender a stop-start approach that occasionally interrupts the film’s overall trajectory. And the incessant quirkiness sometimes jars with bleaker issues such as sex addiction or domestic abuse, particularly in scenes underlined by composer An Pierlé’s unsubtle brass flourishes.

Overall, though, in an age dominated by religious-appropriated intolerance and violence, Van Dormael’s inquisitive, playful optimism might just offer audiences attuned to his wavelength something quietly and genuinely radical. 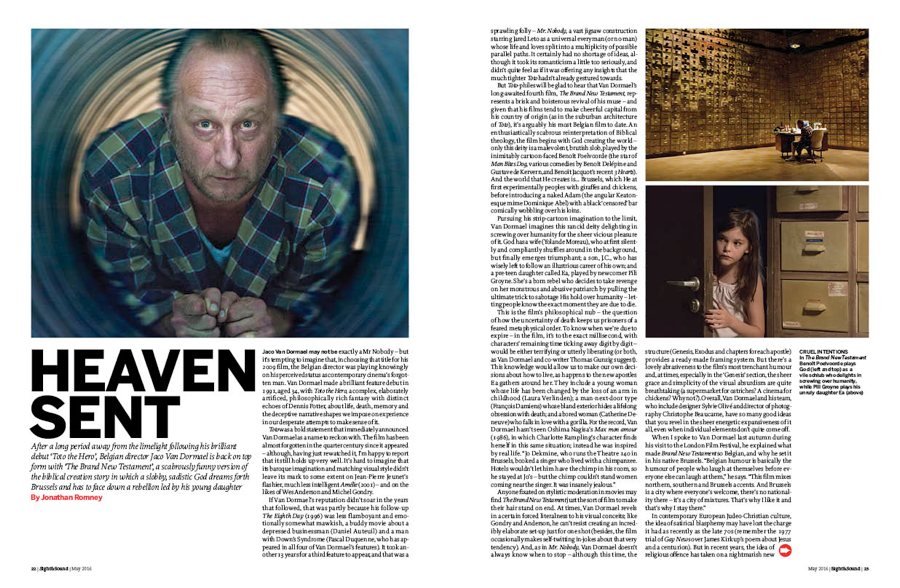 After a long period away from the limelight following his brilliant debut Toto the Hero, Belgian director Jaco Van Dormael is back on top form with The Brand New Testament, a scabrously funny version of the biblical creation story in which a slobby, sadistic God dreams forth Brussels and has to face down a rebellion led by his young daughter. By Jonathan Romney. 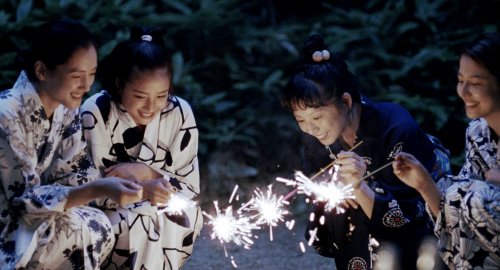 The Japanese intimist’s latest low-key drama depicts the secrets and evasions amongst a household of three adult sisters when they admit their 14-year-old half-sister after the death of their estranged father. Reviewed by Jasper Sharp in our May 2016 issue:

“Koreeda’s effortless ability subtly to accumulate layer upon layer of emotional detail through successive scenes of everyday life substantiates his status as the most probing and consistently interesting observer of Japanese family relationships of his generation.”

► Watch our video essay The world according to Koreeda

Eye in the Sky 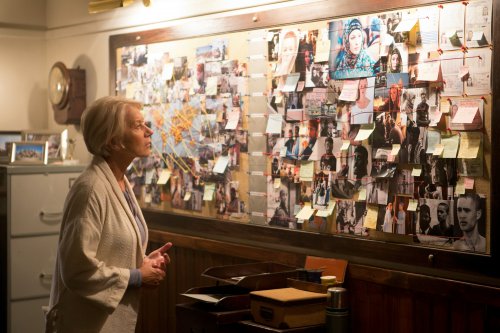 A “largely gripping”, near real-time political thriller that, following Good Kill, Homeland and 24, addresses the ever-contentious arena of drone warfare. Reviewed by Matthew Taylor in our May 2016 issue:

“Hood’s film forgoes hyperbole in its exacting dissection of an unfolding crisis scenario and the moral hand-wringing that it elicits… there’s also, in Guy Hibbert’s deft script, a disarming element of farce undercutting the agonised political vacillations and chronic hierarchical buck-passing on display.”

Related to Film of the week: The Brand New Testament