from the forthcoming March 2017 issue of Sight & Sound 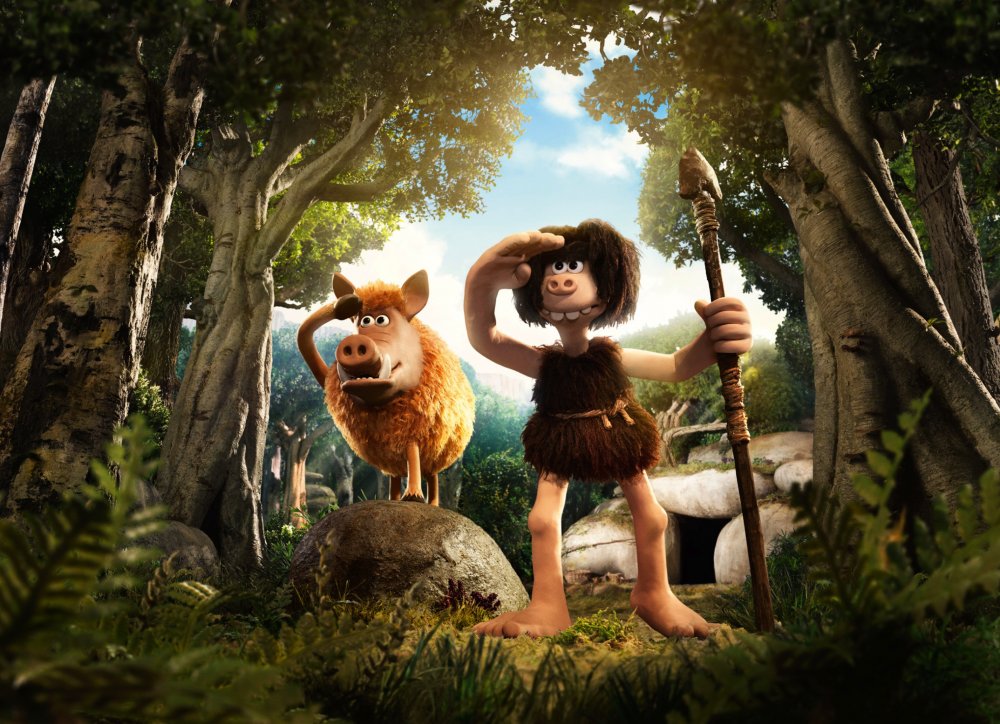 The Pleistocene era meets Plasticine man, in Aardman’s charming old-school stop-motion tale of prehistoric tribes warring on the football pitch. A first solo feature outing for Nick Park, and his first film since Wallace & Gromit: The Curse of the Were-Rabbit (2005), Early Man returns to the classic Aardman template with some enjoyably squishy claymation. Palpably handmade, it is packed with child-pleasing puns and sight gags, and has an overtly British, artisanal feel.

Park’s love of British cinema surfaces as Harryhausen-homage dinosaurs clash in the style of One Million Years BC (1966), before a kickabout with a red-hot meteorite sees a valley tribe invent football. Their descendants, who have forgotten ‘the sacred game’, must relearn it to play against the sophisticated Bronze City invaders and win back their stolen valley. Young Dug (a chirpy Eddie Redmayne) exhorts his insular tribe to work together, and the admittedly well-worn ‘teamwork’ trope provides a tidy template for this underdog sports comedy. Released in advance of the 2018 Fifa World Cup, it reflects the commercialisation and corruption of today’s soccer world, with the arrogant Real Bronzio team and their grasping leader Lord Nooth.

Screenwriters Mark Burton and John O’Farrell let the footballing comedy range from simple slapstick, as the valley folk train on lava flows and rockfalls, to adult-aimed satire. The tribe’s trajectory, from inventing football to decades of lost matches (depicted in cave paintings), slyly suggests the ‘50 Years of Hurt’ of the post-1966 England teams. 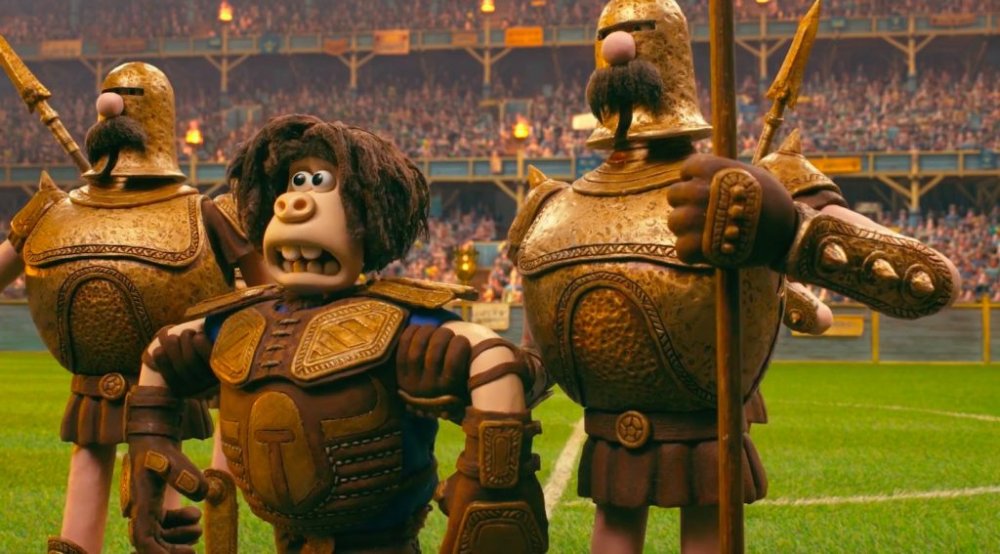 Unfortunately, the same kind of layered ingenuity is lacking in the film’s prehistoric setting. Crocodile clothes pegs and beetles as electric shavers have a whiff of The Flintstones. Narrative pacing is also slow, which is refreshing for adults recoiling from the whiplash speed of the Lego movies, but leisurely for tweens. Cosiness is fine (“You’ve barely touched your primordial soup,” chides Timothy Spall’s tribal chief), but where’s the verve that made Shaun the Sheep a modern silent-era movie? The best Aardman pictures lovingly spoof British classics – Hammer films in Were-Rabbit, for example – but Early Man, nodding distantly at Escape to Victory (1981), doesn’t display much affectionate cinephilia. Perhaps it’s swapped it for gentle Brexit mockery, in what’s undeniably a tale of plucky isolationist Brits (in a red-and-white strip) battling perfidious continentals. 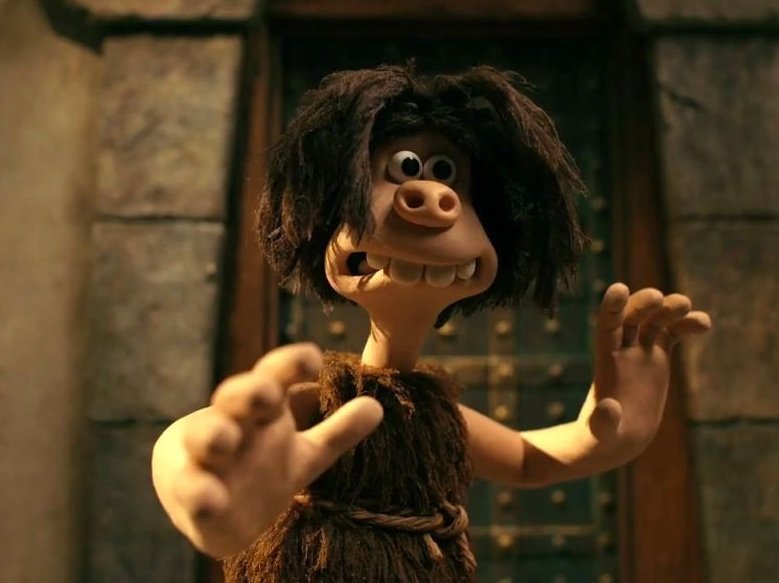 The voicework scores highly, Tom Hiddleston’s ’Allo ’Allo-accented Lord Nooth fizzing with greed, and an amiable Spall finding pathos among the puns. Stalwarts including Richard Ayoade, Mark Williams and Selina Griffiths are short-changed, however, in a multi-ethnic tribe of one-note characters. Maisie Williams’s Goona, her accent morphing from Dutch to Danish, is also underutilised.

But the big treat here is Park’s inimitable claymation styling, with each character given the trademark buck teeth, bug eyes and knobbly knees. Clay has a fleshy give to it, registering fingerprints and scratches, imbuing characters with heft and warmth. It serves the primitive, blobby-limbed tribe and the busier, more detailed Bronze City equally well, adulterated by seamlessly integrated CGI for the arena sequences. Deliciously tactile and notably well crafted, Early Man may not be vintage Aardman, but it has its own pleasures. 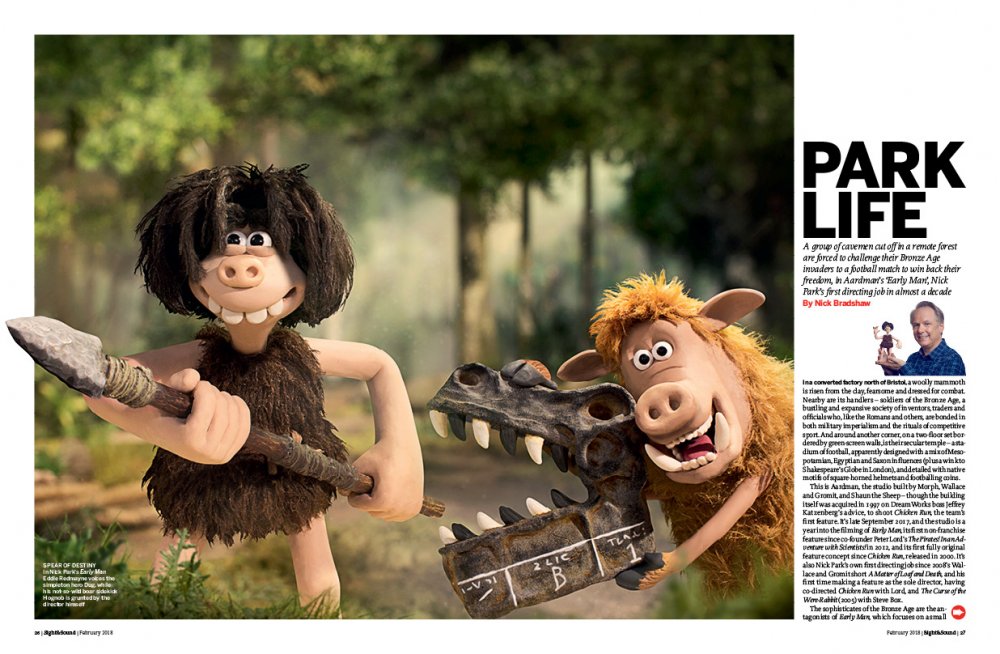 A group of cavemen cut off in a remote forest are forced to challenge their Bronze Age invaders to a football match to win back their freedom, in Aardman’s Early Man, Nick Park’s first directing job in almost a decade. By Nick Bradshaw.

Related to Early Man review: a deliciously tactile and nostalgic feat of clay