Joaquin Phoenix plays the quadriplegic cartoonist in Van Sant’s fragmented, frank account of addiction and recovery, which zigzags between the dark, ribald and corny. 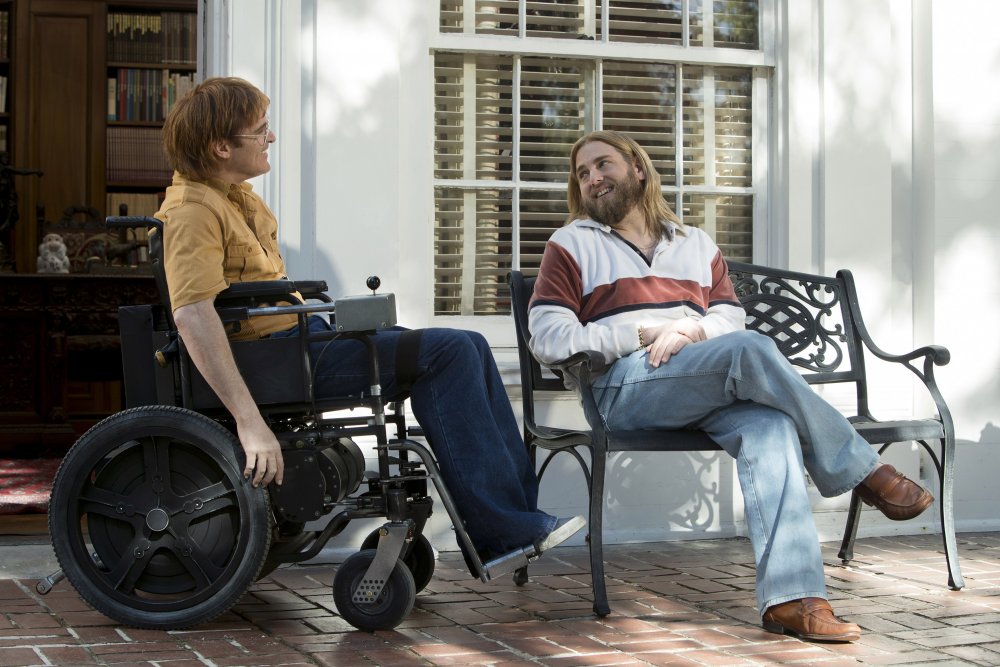 Joaquin Phoenix as John Callahan and Jonah Hill as Donnie in Don’t Worry, He Won’t Get Far On Foot

Gus Van Sant’s biopic of cartoonist John Callahan adapts the artist’s 1989 memoir Don’t Worry, He Won’t Get Far on Foot, his account of adult life as an alcoholic quadriplegic (or perhaps more accurately, a quadriplegic alcoholic). Set in Portland, Oregon, it’s a handsome 1970s period piece that skips between several points in Callahan’s life: in a wheelchair and on stage, presenting a lecture about his rickety road to recovery; his life before the accident life as a man-about-town wearing flares and flip-flops, necking tequila in broad daylight; in Alcoholics Anonymous meetings with a cameo-heavy crew of fellow addicts (including musicians Beth Ditto and Sonic Youth’s Kim Gordon); wiping out on a suburban sidewalk to an audience of pre-teen skaters; the night he was paralysed at the age of 21, including the ugly events leading up to the car accident.

To its credit, the film isn’t afraid to spend the bulk of its running time on the drudgery of rehabilitation – and the psychic rewiring of long-term sobriety. Joaquin Phoenix plays Callahan with a ragged intensity, compelling as he portrays the orange-haired artist’s most unglamorous moments in the thick of addiction and recovery. “You wouldn’t know pain if it crawled up your ass and devoured you,” he rasps in one AA meeting, while his comrades nod sagely, assuring him that he’s exactly where he needs to be. 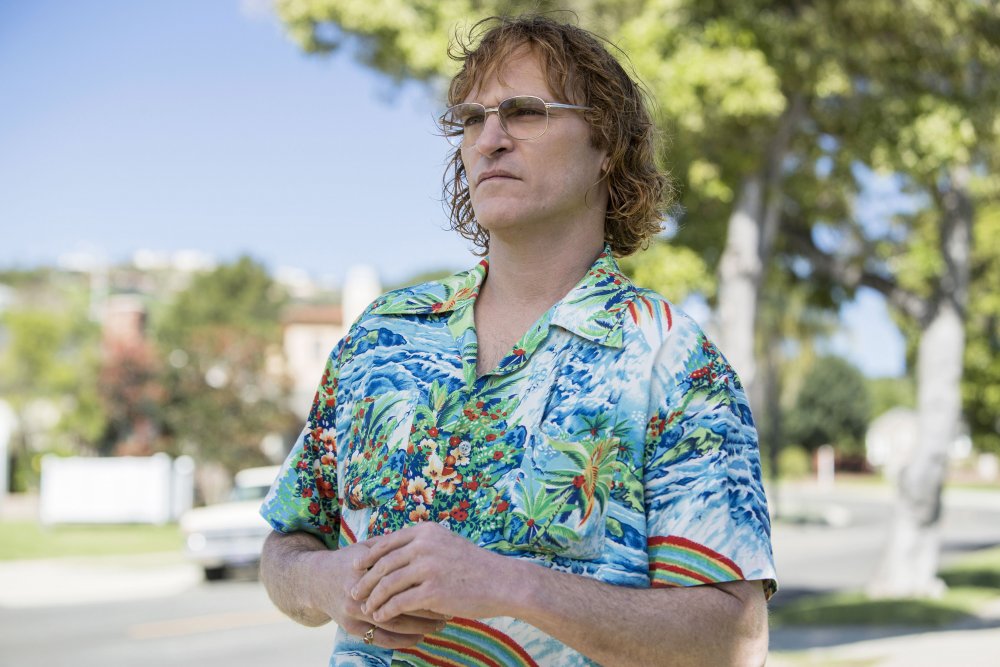 The film tries to stay true to the spirit of Callahan’s dark humour, including frank conversations with a sex therapist for differently-abled bodies (“My job is to get you an erection”) and animated inserts of his decidedly un-PC cartoons. Yet it’s undermined by corny moments of revelation, played for maximum inspirational movie poignancy: one scene that sees Callahan learning to operate his motorised wheelchair shoots him from a high angle, looking down as he spins ecstatically, soundtracked by Danny Elfman’s over-emphatic strings. Another sees the adopted Callahan visited by a hologram-style vision of his birth mother. These ‘spiritual’ encounters play out as misjudged tonal lurches that push the film into melodramatic territory.

Its fragmented structure is a little like a flipbook of Callahan’s own cartoon images: sometimes scratching at something funny or at least truthful but frequently repetitive, and much stronger as a series of individual comedic or dramatic beats than it is stitched together as a collection (the same might be said of the film’s performances). Non-linearity is used here to mirror the backsliding volatility of Callahan’s recovery, but it’s a gimmick that only feigns narrative unpredictability. When unscrambled, it leads straightforwardly towards a conventional arc of salvation, by way of AA’s pointedly Christian 12-step programme.