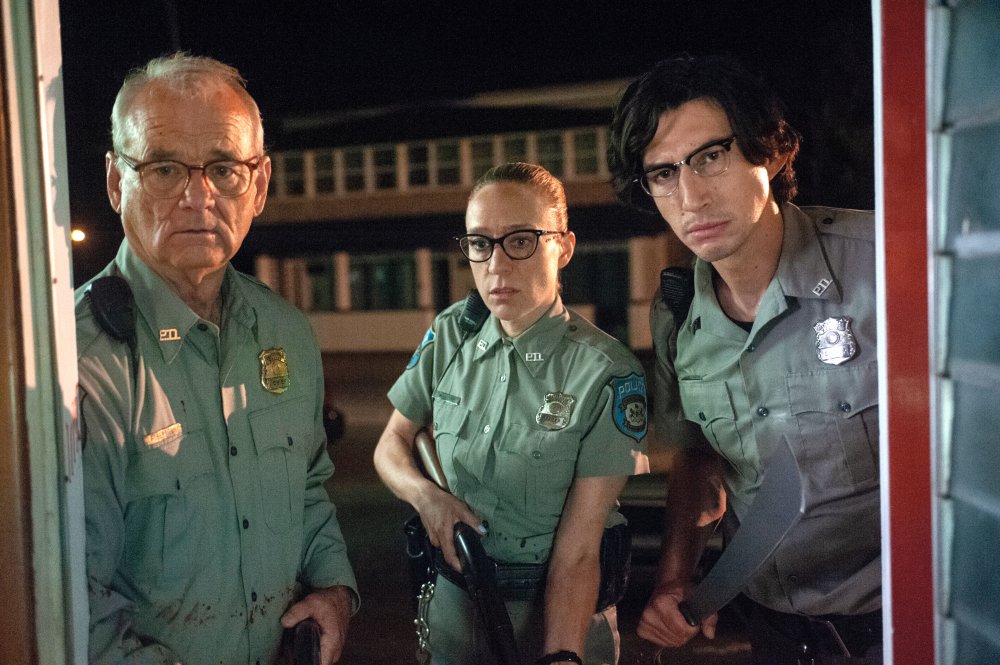 Lurching up the red-carpeted steps at the Palais des Festivals to open this year’s Cannes Film Festival is this curious comedy-horror from silver-quiffed indie icon Jim Jarmusch.

There’s something strange in the sleepy, small-town neighbourhood of Centerville (“a real nice place”, population: 738), and it don’t look good… Police chief Cliff Robertson (Bill Murray) answers the call, with his deputies Ronnie (Adam Driver) and Mindy (Chloë Sevigny) in tow, investigating two grisly murders that just might anticipate the end of the world. Polar fracking has knocked the earth off its axis, the dead are rising, and the zombie-apocalypse genre has been sent tumbling into the distinctive creative realm of Jim Jarmusch.

Jarmusch’s previous genre workouts have ranged from the playful (Ghost Dog: The Way of the Samurai) to the poetic (Only Lovers Left Alive) to the profound (Dead Man), but they have never been disposable, which The Dead Don’t Die often threatens to be. There’s undeniable fun to be had as the director nibbles on zombie movie cliches, but he’s just as keen to pepper the cast with familiar faces from films past, exploring the expanses of his own cinematic universe. Actors representing every Jarmusch film to date appear, essentially making The Dead Don’t Die the director’s Avengers. Expect conspicuous cameos from Tom Waits (Down by Law), Eszter Balint (Stranger than Paradise), Rosie Perez (Night on Earth), Steve Buscemi (Mystery Train), RZA (Coffee & Cigarettes; Ghost Dog), and director Sara Driver, Jarmusch’s partner and creative counsel, who hasn’t appeared on camera in one of his films for 30 years.

Sara Driver is paired up with leather-bodied rock legend Iggy Pop as the two patient-zeroes of this zombie epidemic, shambling into the local diner for a late-evening snack, washed down with generous helpings of Jarmusch’s favourite hot beverage, arguably giving the genre its first new catchphrase since Return of the Living Dead’s Tarman demanded “Braaaaiins!”; conversely, these ghouls want “Coooofffeeee!”.

As for the core cast, Murray pushes his lethargic hangdog vibe to its extreme, while Adam Driver primarily serves a handful of metatextual in-jokes, including a thematic-continuity sight gag that follows on from his previous Jarmusch collaboration, Paterson. There, Driver drove a bus; here, Driver drives a compact Smart car. The chief standout in this shambling ensemble is Tilda Swinton, who slices through both zombies and Jarmusch’s thick fug of self-aware, droller-than-thou humour as a katana-wielding, Scottish mortician.

References abound to the films of George A Romero, and Jarmusch wields the social-horror themes pioneered on-screen in Night of the Living Dead and its sequels like a blunt machete, taking broad swipes at the earthly desires and addictions that rot our brains and, ach, turn us into iPhone-wielding undead on course for a consumerist-capitalist eco-armageddon. However, it soon becomes clear that the director is only fleetingly interested in the horror genre and its power to frighten and enlighten, and the result sits awkwardly between pastiche, parody, tribute and the unique prospect promised by the elevator-pitch mash-up of genre and filmmaker. This peculiar, diverting comedy is potentially Jarmusch’s most commercial prospect in years, but it is perhaps his least satisfying – and could have benefitted from festering in the director’s mind a little longer before being exhumed for the screen.