Film of the week: Daphne tracks a woman in crisis through a cruel city

from our October 2017 issue 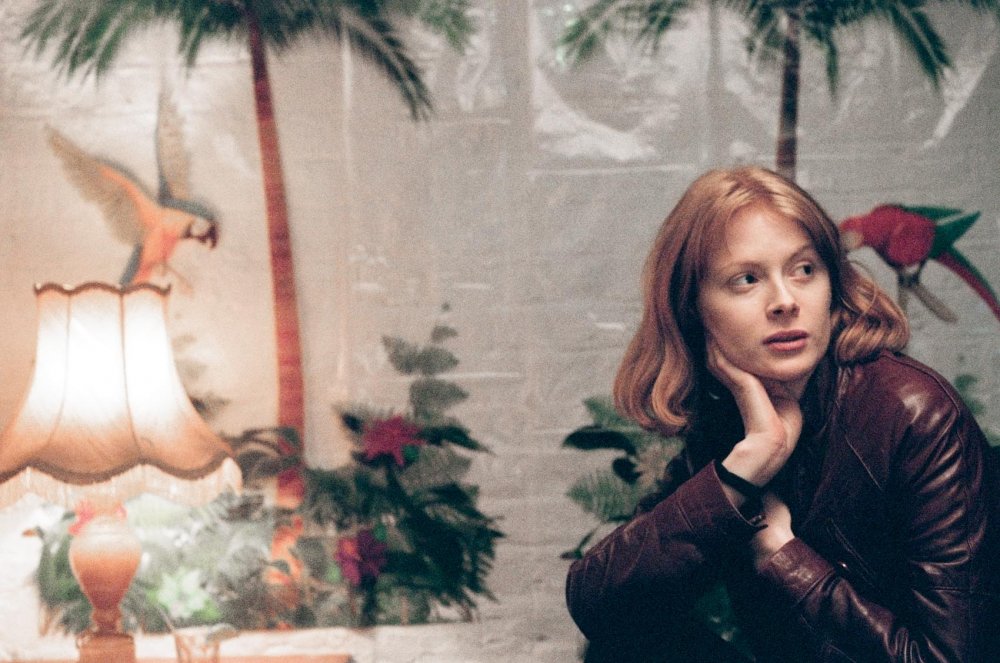 This debut feature by Peter Mackie Burns, who won a Golden Bear at Berlin in 2005 for his short film Milk, focuses obsessively on a powerful central performance by the charismatic Emily Beecham. Here is a talent fully in control of her considerable powers, and at first the film appears content to rely exclusively on her cool self-possession, and to aspire only to be an almost pathologically restrained exercise in close observation of her craft. But as the tension and atmosphere build, so does our emotional complicity, and the film finally adds up to more than the sum of its well-wrought parts, offering a quietly profound insight into this young woman’s attempt to navigate a world that is both familiar and brutally alien.

Daphne is a brittle but functional thirtysomething, relatively privileged and living unencumbered in London; a single woman making desultory progress in her career as a chef and spending the rest of her time fooling around in the shallows of the dating pool. Underneath, she knows her life lacks meaning, and neither her explorations into Zizekian philosophy nor her mother’s turn towards spirituality and mindfulness seems to offer her a better foothold on her life. But when she witnesses a random stabbing in an all-night grocery shop, she begins to feel her fragile sense of self unravelling exponentially. The trauma is compounded by her deep but unexpressed grief about her mother’s recent cancer diagnosis, and by the not unconnected guilt she feels about her failure to help the stricken victim in the aftermath of the attack. Suddenly the raw nerve-endings of a cruel and random city seem to have been ripped to the surface, and the film follows her as she tries to find a way of surviving the emotional onslaught. 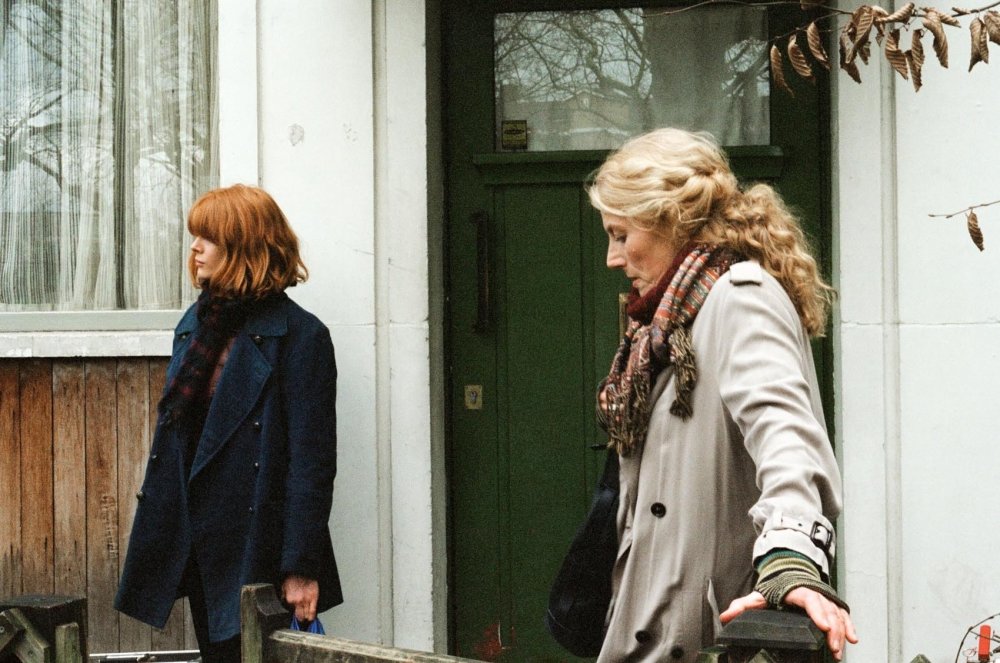 Beecham, though central, is not the only highlight in a quality cast. The film is bolstered by a striking supporting turn from Geraldine James as Rita, Daphne’s mother, whose spiritual pursuits seem designed to baffle and exclude her eye-rolling daughter. In a few deftly executed lines of dialogue, James sketches in a familial context explaining everything and nothing, and somehow manages to suggest that there may be another film, called Rita, playing somewhere just out of shot. Nathaniel Martello-White also makes a good impression as Daphne’s impossibly nice potential boyfriend David, who somehow tolerates her sarcasm and dismissive behaviour, and becomes a kind of semi-present moral touchstone in the process. Meanwhile, an effective score anchors the piece with edgy piano riffs that shadow-box with the roar and grumble of the capital: the same combination of realism and romanticism that characterises the visual identity, and thematic through-line, of the film.

Paralysed by her ongoing crisis, Daphne drifts around a London full of shiny surfaces and harsh laughter, bludgeoning herself with drugs and alcohol, and grossing herself out with joyless sexual encounters. For the most part, Mackie Burns simply invites us to follow her through her questionable and at times frankly irritating decisions. But the meandering plot eventually coalesces around the question of what, after all, a film can ever say about the lived reality of trauma and grief. At a key point, Daphne chances on one of those white-painted ghost bikes that act as informal memorials, markers of our carelessness with other people’s lives. Climbing drunkenly aboard, she whizzes the disconnected pedals around, getting nowhere. This quietly symbolic image is typical of a film that freights the everyday with metaphor. Looking for meaning, Daphne finds way too much of it in this excessively overdetermined and claustrophobically overpopulated city. How can the particularity of a single life be expressed in this lonesome cacophony? 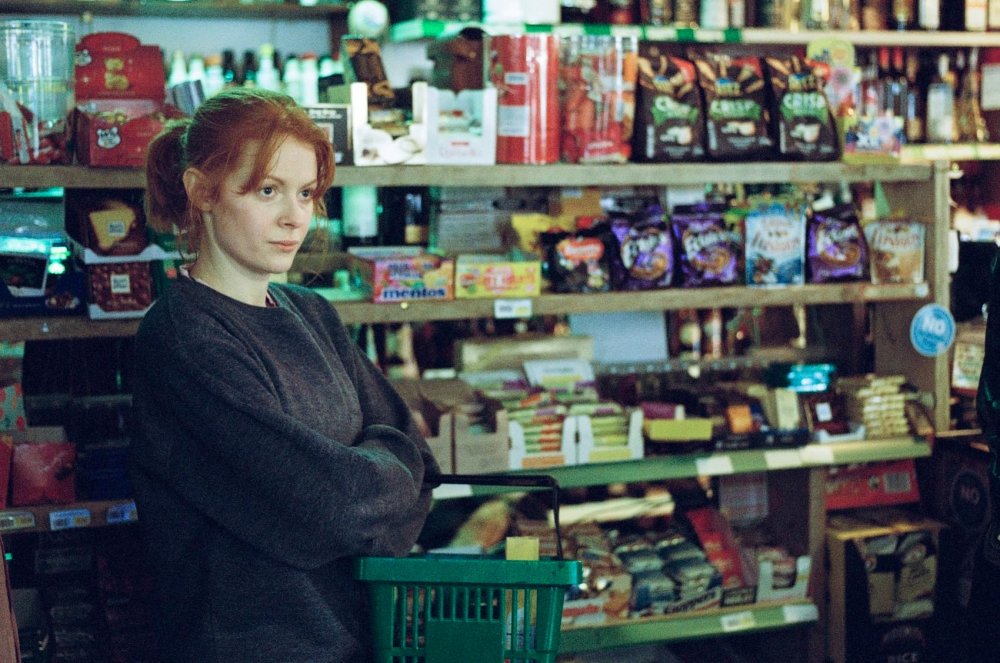 The film takes its title from Daphne’s name, the single word marking her solitude but also standing in for the definitive identity that is getting more and more blurred and slurred as her life falls apart. But while such angst-ridden narrative bones might make this sound like a depressing watch, Mackie Burns and Beecham between them assemble a mosaic of delights that tells another story: a camera angle framing a Tube station with the uncanny symmetry of a Vermeer; a hilariously acid quip delivered suddenly, with pin-sharp timing; a flash of sympathy from a stranger on a bus. Above all, there is the gorgeous palette of saturated colour that gathers around Beecham like an otherworldly aura. Such visual style is often just so much marketable gloss, but here it all builds towards the answer that Daphne gradually weaves together from small fragments of beauty and hope. In the film’s low-key denouement, simple catharsis hits the spot when philosophy, religion and medicine have all failed. The disaster of being alive in the world can be alleviated by the alchemical mediation of, for want of a less loaded word, art.

Related to Film of the week: Daphne tracks a woman in crisis through a cruel city