Film of the week: The Comedian 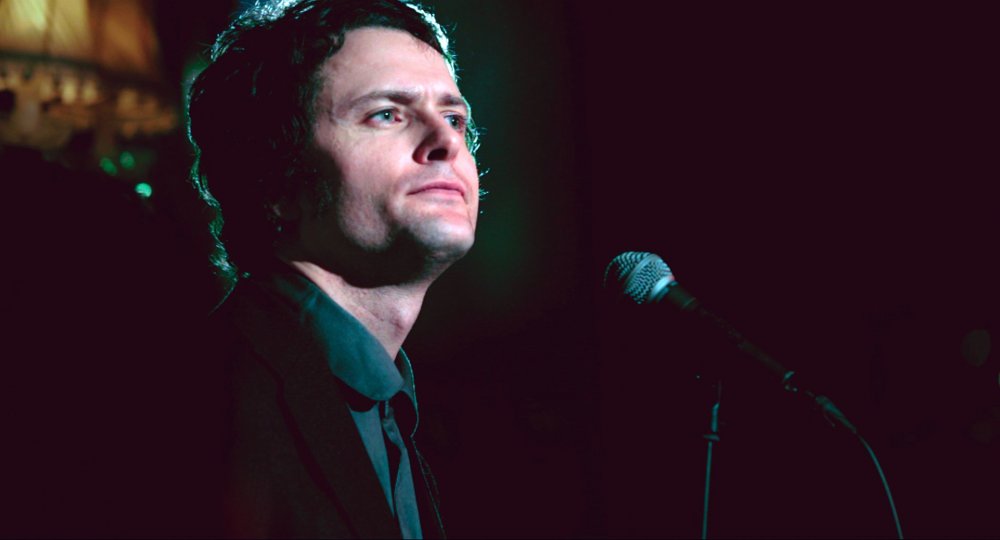 It is a truth universally acknowledged that funnymen are crying inside. The cinematic archetype of stand-up as sad-sack will probably always be Rupert Pupkin, the dangerously deluded aspiring comic played by Robert De Niro in Martin Scorsese’s The King of Comedy (1983). That film essentially reprised as farce the tragic trajectory and alienated concerns of the pair’s earlier collaboration, Taxi Driver (1976). While the character of Pupkin, with his medley of manic bravado, maudlin self-pity and mindless cruelty, could in many ways be seen as the goofy twin of Travis Bickle, he has attained semi-mythic status as a template for cinema’s vision of the crap comedian as the ultimate loser.

Of course, there’s plenty of biographical evidence to suggest that troubled minds and negative characteristics aren’t unusual among even the funniest and most successful of real-life comics. In his own feature Jo Jo Dancer, Your Life Is Calling (1986), Richard Pryor played an entertainer not unlike himself, with a history of growing up in a brothel, engaging in compulsive sex and burning himself while freebasing cocaine.

The grim side of creating laughter is of perennial, self-critiquing interest to professionals in the field: the behaviour of both Billy Crystal’s Buddy Young Jr in Mr Saturday Night (1992), which Crystal directed, and Adam Sandler’s George Simmons in Judd Apatow’s Funny People (2009), who shares certain aspects of Sandler’s own career, oscillates between depressed and obnoxious, while more recent comedians who play comedians on TV, such as Garry Shandling (The Larry Sanders Show), Larry David (Curb Your Enthusiasm) and Louis C.K. (Louie), offer similarly mixed, neurotic portraits. Even Tom Hanks was a bit of a shit in Punchline (1988).

Tom Shkolnik’s feature debut The Comedian could be seen in the context of this lineage. Its central character Ed (Edward Hogg) exhibits a moderate version of the cycle of self-aggrandising, self-critiquing, self-destructive behaviour familiar from many of the films above.

It’s hard to tell whether Ed is a very good comedian, however, because unlike many of those films, The Comedian isn’t at all interested in the ideology or mechanics of stand-up comedy performance. We see Ed on stage for a total of only a couple of minutes; his material (devised by Hogg himself) isn’t terribly impressive as comedy but tells us a good amount about his anger, which is apt because what The Comedian is very interested in is the emotional terrain of a thirtysomething man in a bit of a tailspin.

Ed shares an intimate friendship with his flatmate Elisa (Elisa Lasowski), a French singer, and embarks on a romantic relationship with Nathan (Nathan Stewart-Jarrett), a 25-year-old artist. The maintenance of both these connections demands mental and emotional resources that Ed struggles to supply; nor does he prove well suited to his day job at a call centre, selling cancer insurance. 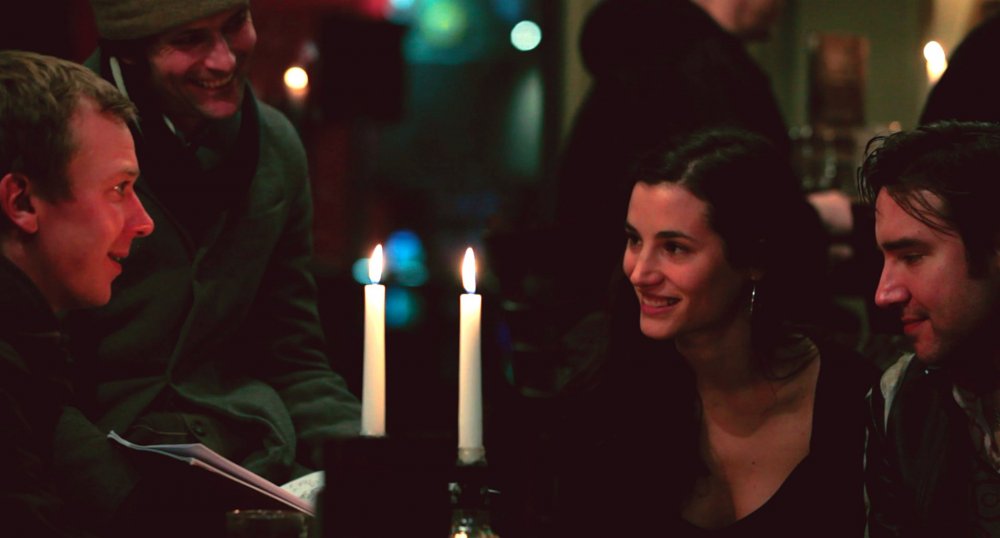 The London everybody knows: Elisa (Elisa Lasowski, centre) on a night out with friends

In fact, The Comedian sits just as readily in the lineage of recent films taking a broadly naturalistic perspective on the emotional and psychological challenges of alienated late-capitalist identity; post-Cassavetes pictures such as Half Nelson (2006), Blue Valentine (2010) or the mumblecore cycle come to mind here. In production, Shkolnik built on the technique he developed for his shorts In the Dark and One Happy Moment, including a lengthy rehearsal period, improvised performances, using available locations and allowing himself only one shot per take.

“I wanted to make a film about a London that I could recognise,” he has said, “about people who were poor but not starving, living on estates but not in council housing, who were foreign but not asylum seekers, black but not gang members, gay but not camp.” Shooting handheld and close to the ground in everyday London locations, he captures a credible sense of the city as it feels today, especially at night, from the crumpled-leather ambience of DJ bars and the steamed-up, fluorescent greasiness of late-night takeaways to the peculiarly public-private quality of top-deck night-bus journeys and their potential for eroticism and violence.

Two such journeys offer perhaps the film’s strongest sequences. One shows the first conversation between Ed and Nathan following a mediocre performance by the former at a comedy night. “You’re much funnier on the bus,” the latter tells him, and the chat plays out with a convincing mix of flirtation, engagement and conversational dead ends. Another journey later in the film sees Ed, Nathan and Elisa sharing the top deck with a group of teenage girls, and the scene deftly navigates the situation’s gradual transition from ostensible nocturnal camaraderie to something more threatening, not only to the central characters’ physical security but also to the dynamic between them. 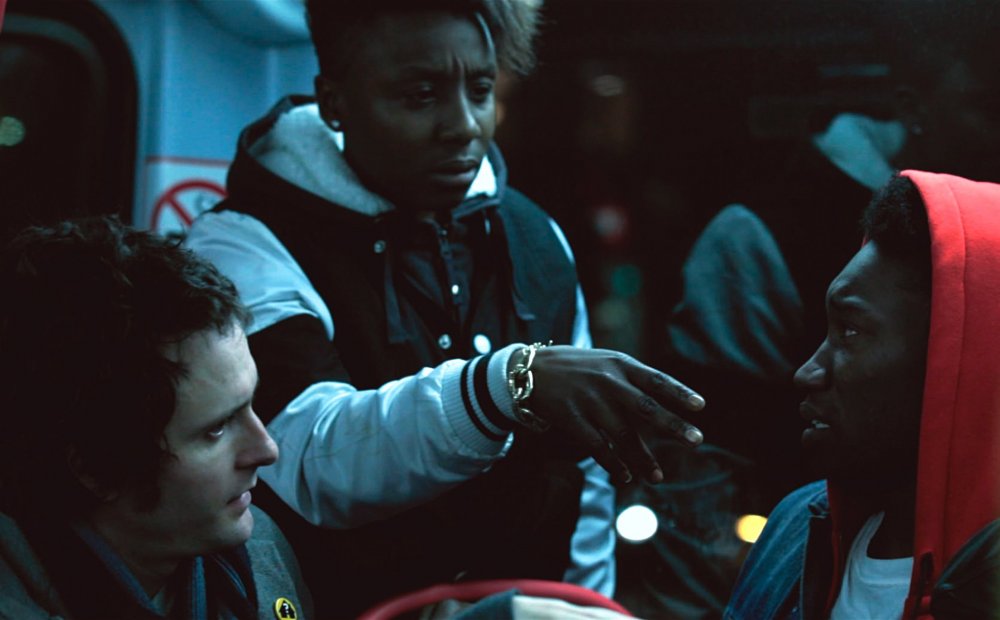 The Comedian is impressively alert to the power of the unspoken. The whole cast is quietly expressive of shifting, ambivalent feelings – Stewart-Jarrett shows a complexity absent from his performance in TV’s Misfits; Gerard Murphy, as Ed’s father, conveys a constellation of concerns in a brief family dinner scene – and while Ed and Nathan’s arguments are mostly verbal, the moments suggestive of their connection are gestural: fingers play with fingers, a foot brushes a face in the bath.

When tensions arise between Ed and all the other main characters, essentially because of his difficulty in dealing with the situations he gets himself into, the resulting disputes are handled with judicious moderation, inviting sympathy rather than scorn or pity. Ed knows himself well enough to understand when he’s fucked up, and those with whom he argues are seen to be neither monsters nor saints. When he fights with Nathan in the street, the camera swings from left to right as if watching tennis; when Elisa confronts him about his exploitation of her feelings for him, his tears are of honest self-recrimination; when his boss (Jamie Baughan) pulls him up for underperforming at work, the complaint is reasonably expressed and, at least to start with, maturely received.

Within this naturalistic pedigree, The Comedian should perhaps be considered alongside other recent features about gay characters confronting nuanced psychological situations with ambivalent results. In titles such as Andrew Haigh’s Weekend (2011), Ira Sachs’s Keep the Lights On (2012), Travis Mathews’s I Want Your Love (2012) and – anticipating The Comedian’s use of contemporary East London locations – Kanchi Wichmann’s Break My Fall (2010), characters aren’t preoccupied with acute crises such as coming out, dealing with Aids or combating legal injustice. The focus instead is on the challenge of navigating atomised 21st-century society with the added complication of queer sexuality.

The Comedian stands alongside those films in staking out a new terrain of queer storytelling which tends towards neither triumph nor martyrdom but rather the mundane, often underexpressed recognition – to which sexuality in itself is irrelevant – that life today is often quite hard, happiness and fulfilment are elusive and fleeting, and sometimes, well, there just isn’t much to laugh about.

Related to Film of the week: The Comedian