The kick-ass female action franchise holds its punches until finally letting rip in a crowd-pleasing second half. 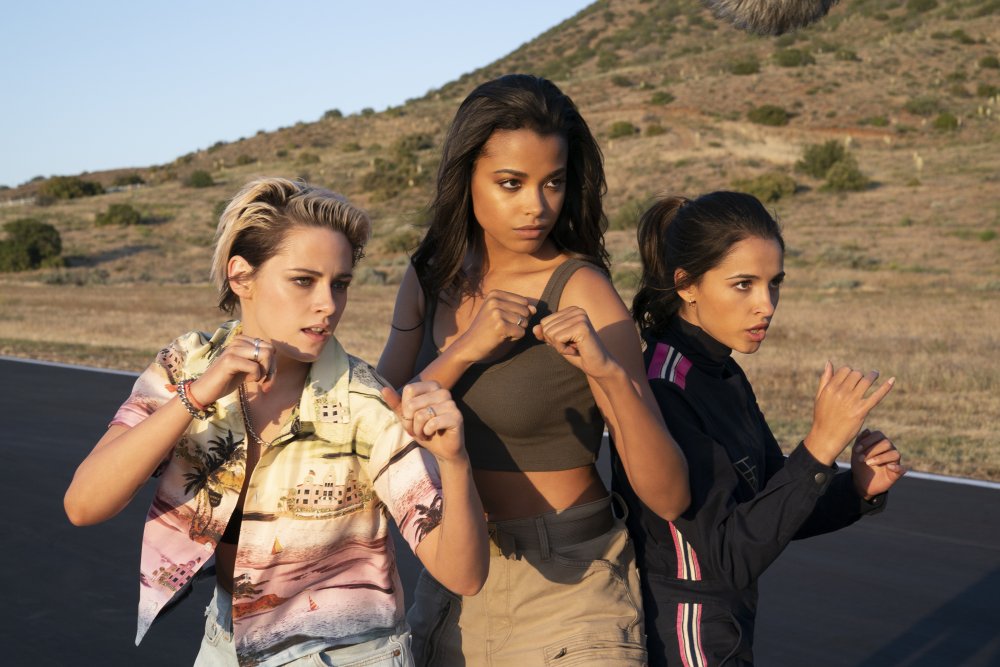 There are many things in this life that should be taken seriously. Charlie’s Angels is not one of them.

It is, therefore, initially dismaying that writer-director Elizabeth Banks’s re-reboot of the action franchise appears to be playing it straight. With a conceit this shamelessly silly – three beautiful young women travel the globe righting wrongs with an arsenal of high-powered weapons and ceramic hair straighteners – there is little to be gained by underplaying one’s hand. On the rain-soaked streets of Hamburg, the dour new Angels seem to channel the spirits of two more macho movie brands, the continental escapades of Jason Bourne and the knotty intrigues of Mission: Impossible, but without the bone-snapping violence of the former or the spectacular stunts of the latter. Where the 2000 reboot offered splashy retro pastiche and daffy humour, these angels have plummeted down to earth.

But this is a rare multiplex movie that rewards patience, with the action and the goofiness ramping up in the second hour. Once the Angels track the nefarious villains and their stolen technology to a quarry in Turkey, the punches and puns start to land. The film concludes with a series of set pieces at a neon-lit house party that may not be sophisticated but are at least energisingly fun.

The film’s strengths are its two Stewarts. Kristen, as punky posh kid Sabina, is the only one of the Angels determined to have fun with this high-camp, high-concept lunacy, and the only one who can wisecrack successfully. If the rest of the film embraced her minxy queer energy, it would have been a hoot, and far more satisfying. Patrick, meanwhile, plays a good-guy-gone-bad with gusto: like the rest of the movie, he’s strictly deadpan until the glitzy and stupid denouement.

Banks, in front of the camera as the agency operative in charge of our righteous trio, throws off some astute lines about feminism and franchise movies with an appealing nonchalance. Then there’s the fashion: the costume changes are more frequent, and more amusing, than the jokes. Watching K-Stew slink around in a set of hot-pink jockey silks, leopard-print pyjamas or a sequined playsuit, you get the impression she took this gig just to get her hands on the wardrobe.

The other two Angels, humourlessly efficient ex-spy Jane (Ella Balinska) and timid computer whizz Elena (Naomi Scott), make little impact, both far better at handing out punches than delivering lines. And the supporting cast members are fairly forgettable or awkward. Jonathan Tucker seems unaware that his tattooed hipster assassin is meant to be funny, and Luis Gerardo Méndez mostly fumbles what could have been an engagingly quirky supporting role as the Angels’ personal chef, tailor and new-age physician, on hand with restorative kombucha when they’ve tired themselves out kicking ass. On the other hand, Djimon Hounsou has too little screen time as a mentor figure to Jane.

However, with an uplifting conclusion along the lines of ‘men are shitty, but the women are really in charge anyway’, and a montage packed with star cameos as the credits roll, perhaps these Angels will take flight all the same, and find their reward in the form of a heavenly sequel.