Argentine writer and director Santiago Mitre’s follow-up to El estudiante is a knotty drama of political ideals played out on the body of a country teacher.

☞ Paulina won the Critics’ Week Grand Prix at the 2015 Cannes Film Festival. Read all our Cannes reviews and coverage. 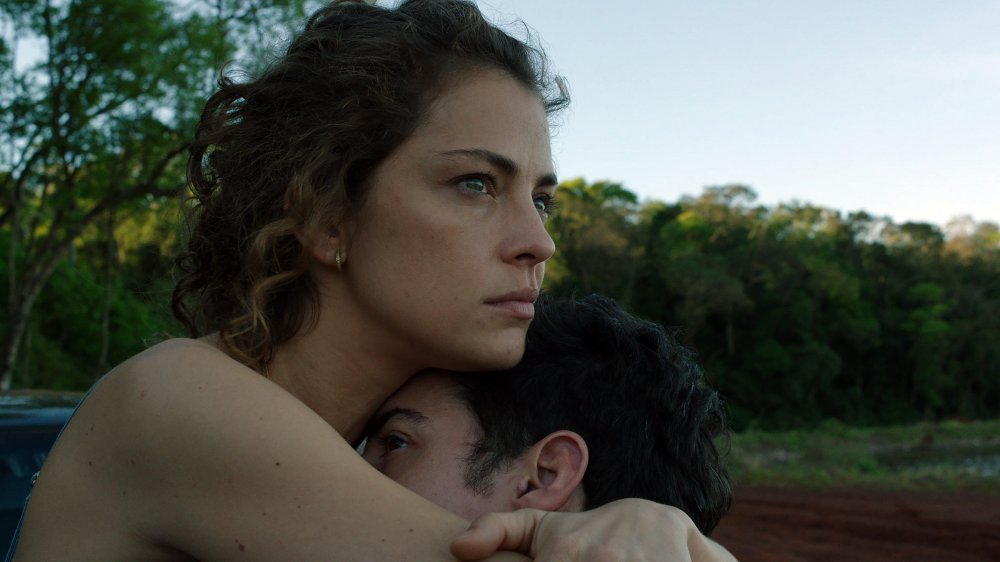 Paulina abandons a promising future as a lawyer to teach politics to young kids in a rural province of Argentina – much to the chagrin of her father Fernando, who wants her to pursue her career and finish her PhD. Her arrival in the small town where she is to teach, a region close to the border with Paraguay, brutalised by deforestation, is immediately disappointing: the students are unreceptive, opting to walk out of the classroom rather than engage in a philosophical debate about freedom of choice, choosing action over the rhetoric she offers. With classes frequently cancelled and her students unengaged, she takes solace in a friendship with co-worker Laura. Riding home from Laura’s house after a few bottles of wine, Paulina is attacked and raped by a gang of local boys, though it is initially unclear what has happened to her.

With shifting focus and flashbacks, the film begins a complex review of the actions and motivations of several of its characters. Together with scenes in which she recounts events to police, doctors and counsellors, Paulina’s ordeal is also depicted through the eyes of her rapist Ciro, a sawmill worker who has been humiliated by his ex-girlfriend. We also see Fernando’s inability to comprehend his daughter’s oddly emotionless response to her rape and its lasting consequences, and his frustrated attempts to take control via her boyfriend and the legal system.

It’s a neat structural trick – one that echoes Paulina’s many retellings of the rape throughout the film, as well as the psychological repetition of trauma – but the distancing effect of this superfluity of viewpoints is unsettling, making a conventional or empathetic response difficult. Though Paulina is almost constantly onscreen, she remains inscrutable, and it’s testament to Dolores Fonzi’s performance that the character remains a magnetic presence even despite her impenetrability.

Though the opposition of Paulina’s staunch idealism with her father’s comparative conservatism is a little stark, it does help to explain her strange reaction (or series of reactions) to the rape. If the ‘correct’ response to the attack would be for Paulina to denounce her aggressors and submit her body to established ideological structures – her father, her boyfriend, doctors, counsellors or the police – her refusal to do so becomes a radical, anarchistic act. If she is to have the freedom of choice that she so ardently argues for, the film suggests, then it must be absolute; active, not rhetorical.

As Paulina isolates everyone around her, so Mitre denies his audience an emotional engagement, pushing us towards a more complex understanding of his protagonist’s behaviour. Skirting a satisfying resolution, the film offers a difficult examination of the human body as a site of political conflict; of politics made personal, and ideals taken to extreme ends.