Todd Haynes revisits 1950s repression and romance with Cate Blanchett and Rooney Mara – and steps out of the shadow of his forerunners. 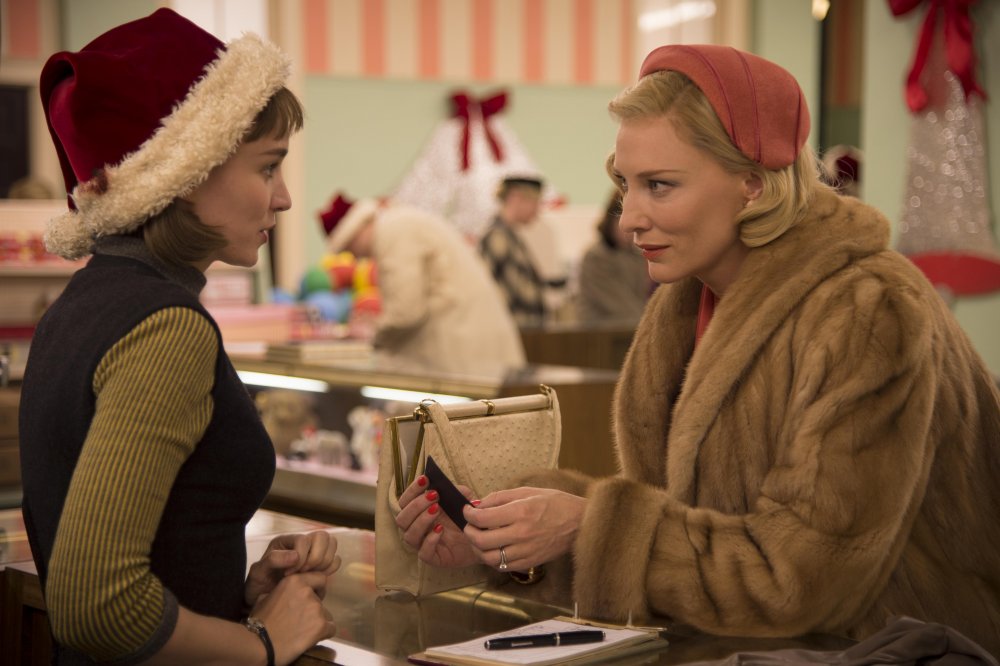 Todd Haynes’s love story is a long overdue one. Patricia Highsmith’s thrillers and their indelible characters like Tom Ripley have been catnip to dozens of filmmakers, from Alfred Hitchcock to Wim Wenders. Carol has waited 63 years but finally has the adaptation she deserved all along.

For a director fascinated with the act of looking, appropriately the romance starts with a lingering gaze across a busy, Christmas-fuelled New York department store. While the film’s title may belong to Cate Blanchett’s older woman, it is Rooney Mara’s wide-eyed shop assistant Therese Belivet who picks Carol out of the crowd. Haynes devotes as much of his film to her nascent experiences of love as he does to the woes and yearnings of Blanchett’s wealthy, elegant socialite and mother, who in the repressed and rotten America of the 1950s has everything to lose by deliberately leaving her gloves at the counter in the hope that Therese will return them.

Haynes crafts a tender, devastating romance but also surveys a battleground of power and control. Freedom, as well as Therese, is what Carol desires and her husband Harge (Kyle Chandler) refuses it, contesting her divorce. Unlike in Far from Heaven where high society and its strict codes were on display everywhere, here Haynes sketches them mostly in negative space. His film is all the more claustrophobic for it. He subtly shows what 1952 was like for women when their social lives were largely dictated by the men in them. The burgeoning relationship between Carol and Therese develops with intimate scenes, with reality and social mores brutally intruding only when men interrupt the pair, as they repeatedly do from the first scene onwards. The Carol we meet is fierce, in control and determined to stay so, but in the background you feel forces conspiring against her. A handshake between her and Therese’s clingy beau Richard becomes the most loaded of encounters. 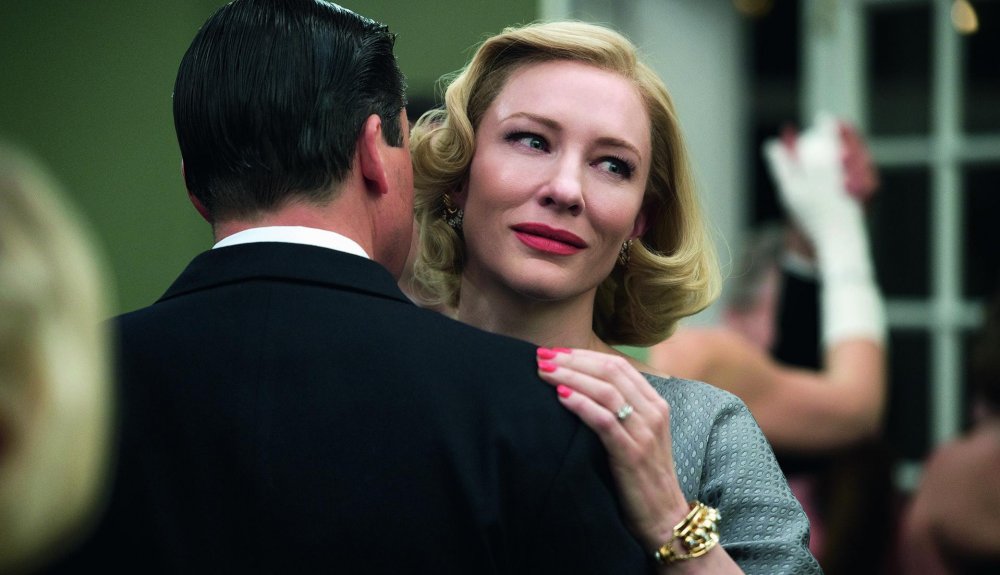 For this is a film that knows all too well the potency of gesture and delivers some of its most devastating scenes in close-up: a possessive hand placed on a shoulder, a finger inching towards a phone’s hang-up button, and most of all the eyes of Carol and Therese, full of longing, staring out of car windows.

Of course, it’s not difficult for Blanchett to put a cigarette between her red lips and be the most alluring force in cinema – but her presence in this film is all-pervasive. Her clipped, authoritative delivery of the short exchanges with the people in her life (“You’re early” are her first words to Harge) convey every inch of the simmering resentment underneath. Where the film’s mis en scène is elaborate, Phyllis Nagy’s script is restrained – but even when emotion is let loose, it never becomes overwrought. 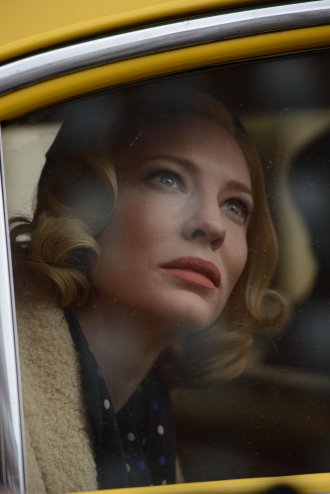 Haynes’s prior visually exquisite explorations of the 1950s, in Far from Heaven and the HBO series Mildred Pierce, occasionally felt like intellectual homages to the brooding worlds of Edward Hopper and Saul Leiter, and the melodramas and their makers, such as Douglas Sirk, that inspired him. Their influences are still all on show here but this is the film where he steps out of their shadow. The motifs and moments we might expect from Haynes are present: film clips, melancholy street scenes and rain-splattered windows galore, but they are in tune with the psychological portraits he simultaneously draws. A fragment of Harge’s desperate face looming out of the darkness in the corner of a door window is one of the film’s most searing images. It would be all to easy to demonise the male characters in the film – Harge in particular – or turn them into ciphers for society and its morals, but the breakdown of Carol and Harge’s marriage is viewed just as it should be, as a couple tearing each other apart.

Where the TV series Mad Men sucked the life out of revisionist 1950s women’s drama, Haynes and his DP Ed Lachman always temper the luscious production design – the sleek silhouettes, immaculate preened hair, the hotel rooms and restaurants – with realism. The film starts with an abstract view of a pavement sewer grate and the camera alights on ordinary faces in the grey evening before making its way up to a lavish restaurant and then to the toy department and its parade of bland, creepy dolls. Overall, the palette is muted, not retina-dazzling. But later, when bad news arrives, it is delivered in full sunlight rather than amidst a sodium-tinged Hopper-esque facade. This film deserves the Palme d’Or.