A late-1950s Norfolk sea town sets its face against the winds of change ushered in by Emily Mortimer and Bill Nighy’s book lovers in Isabel Coixet’s too-snug adaptation of Penelope Fitzgerald’s novel. 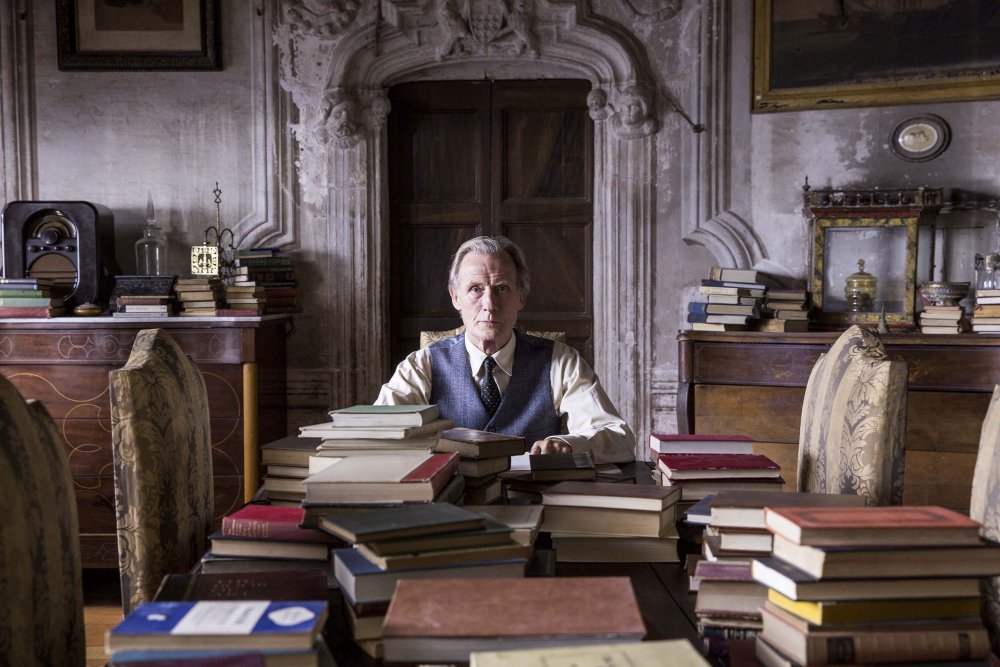 Bill Nighy as Edmund Brundish in The Bookshop

It’s 1959, and winsome middle-aged widow Florence Green (Emily Mortimer) opens a bookshop in the fictional seaside town of Hardborough – converting the drafty, damp, rat-infested Old House into her own palace of prose and poetry. While business is slow, she forms a friendship with local recluse Edmund Brundish (Bill Nighy on fabulous, forlorn form), a voracious reader whose distaste for the community is matched only by his new-found appetite for the work of Ray Bradbury. His hatred for the townsfolk, though, is very well-founded, and it is soon revealed that the powers that be, led by head busy-body Mrs Violet Gamart (Patricia Clarkson), have their own plans for the Old House, and will muster all their influence and political connections to make sure that Florence’s fortunes eventually run out.

This adaptation of Penelope Fitzgerald’s Booker-shortlisted novel is far from Spanish writer-director Isabel Coixet’s first English-language production; in fact this is her fourth in five years, following Another Me, Learning to Drive and Endless Night. So maybe it is the concoction of international backers and casting calls that is to blame for Hardborough’s unique mix of regional accents from across the British Isles, including some new ones spoken here for the first time, all delivered in an expressive, over-enunciated brio reminiscent of a Radio 4 Afternoon Drama. Clarkson, reuniting with Coixet for their third collaboration, is sabre-sharp as arch-socialite Mrs Gamart, but her affected accent, much like the film itself, never finds a firm footing. This certainly gives the proceedings an almost allegorical feel – an unmoored atmosphere that envelops a national mood – but it is curious for a work so invested and interested in class structures to lack a commitment to dialectal detail. 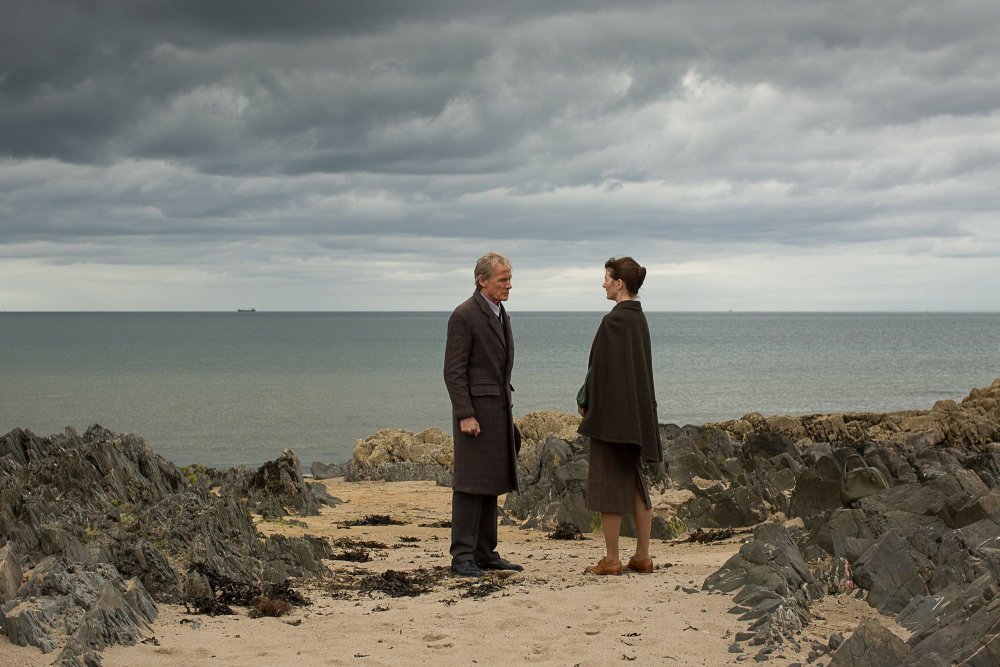 Jean-Claude Larrieu’s suitably grey and grim cinematography presents a post-war Britain aching for the expressive freedoms represented by the Philip Larkin, Vladimir Nabokov and Kingsley Amis texts stocked in Florence’s shop. However, The Bookshop is thick with parochial period details that are attractively nostalgic: it depicts a time of tea, cardigans and paraffin heaters; a life of long yomps across the landscape, and evenings curled up in an armchair. A serene shot of seaside life (Northern Ireland standing in for Norfolk) pinpoints a passing boat bearing the name ‘Grace’, providing the perfect watchword for Coixet’s comfortable approach to Fitzgerald’s material, which rarely rises above a simmer, favouring polite conversations laced with passive-aggressive intent.

There’s revolution brewing somewhere, but certainly not in Hardborough or, indeed, in The Bookshop. Florence brings a whole world of feeling and fresh ideas to her small town, and her story reveals the tactful tyranny behind the English idyll, the gossip and good manners that stifle change and keep age-old social structures standing. This conflict is mirrored in Coixet’s snug, yet in the end rather unsatisfying film; a resolute, rebellious spirit is pushed to the margins, just barely perceptible beneath a perhaps all-too-genteel exterior – the scalding liquid, enclosed and mollified by an appealing, homespun tea cosy.

Related to The Bookshop review: a muffled look at little England’s tactful tyrannies