Skin colour wasn’t the only marker of difference weaponised for repression under South African Apartheid. Oliver Hermanus looks back at the male sexual stigma and fear imposed under military service that he has dramatised in his new film Moffie. 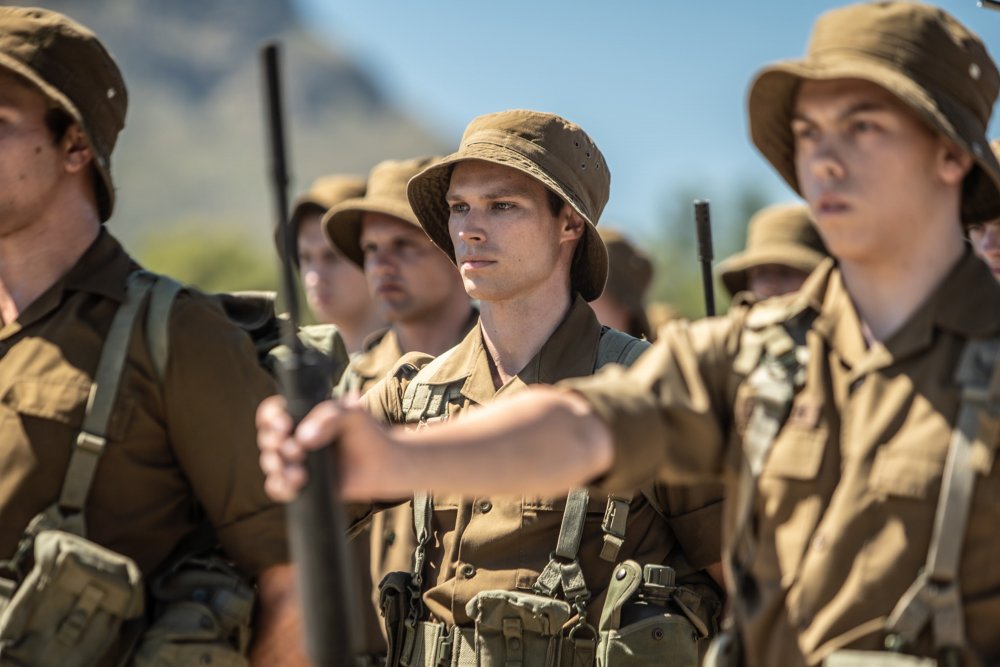 When we speak on the day of Moffie’s UK release, the film’s director, Oliver Hermanus, is on lockdown in South Africa. The pandemic has him reflecting on the politics of viral outbreaks, particularly former president Thabo Mbeki’s damaging denial of the link between HIV and AIDS. “One leader can disrupt the flow of a public health crisis in ways it can take decades to recover from,” Hermanus notes. “And a respiratory virus like coronavirus is much more infectious than HIV. We will always be at risk.”

Moffie is now available to watch on Curzon Home Cinema.

The perception of risk – and what that perception might justify – is at the heart of Moffie. Loosely based on André-Carl van der Merwe’s memoir, the film follows Nicholas (Kai Luke Brummer), a white teenager conscripted to the South African Defence Force in 1981, as he undertakes basic training and infantry service. It frames the state as a case study in paranoid aggression, understanding itself as facing threats from the anti-apartheid movement worldwide, Angolan communists at the border and ANC terrorists at home. As Hermanus notes, “‘communist’ was interchangeable with ‘terrorist’ was interchangeable with ‘Black man’. Apartheid created a very binary code.” 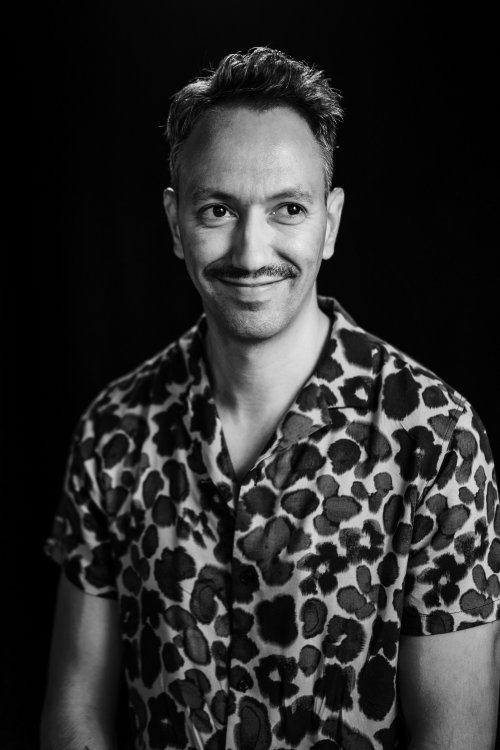 There was another perceived risk: the threat to manhood. Nicholas is gay, leaving him vulnerable to identification as a ‘moffie’, which Hermanus suggests is “like ‘sissy’ and ‘faggot’ in one word”. It’s a slur emblematic of failed manhood as much as homosexuality per se. “‘Moffie’ was interchangeable with ‘paedophile’ was interchangeable with ‘atheist’. Every gay man remembers the first time it was weaponised against them. It’s not just about whether you’re gay or straight, it’s used to challenge heterosexual men’s masculinity too. It identifies a lack. It’s a measurement system: are you a man or not?”

In this sense, the word constitutes an important psychological tool in the boot camp arsenal of depersonalisation and brutalisation – a label to be avoided at all costs. The film powerfully conveys this social and cultural stigmatisation while only gesturing at the extent of the material consequences for those identified as actually homosexual. “You were the property of the state,” Hermanus says. “They could do anything to you. People were mutilated, given conversion therapy, even unwanted gender reassignment surgery. But that’s a film in itself.”

The generation depicted in Moffie are now in their late forties and early fifties and Hermanus suspects their military experiences continue to shape national life. “You don’t come out of that situation unaffected. Every white boy aged 16 to 20 was sent into this space – you have to wonder how that relates to the very high levels of gender-based violence in South Africa today.” One thinks too of the terrified self-loathing associated with same-sex attraction that underpinned Hermanus’s earlier film, Beauty (Skoonheid, 2011). 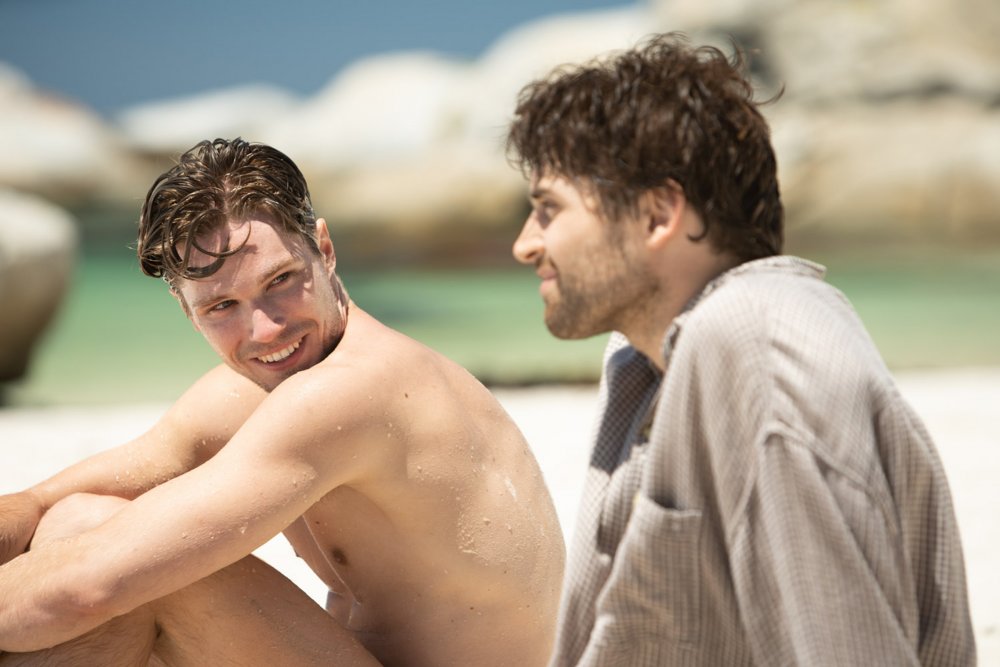 Discussion of such subjects can still raise hackles in South Africa. “Most of the men who took part in [that military culture] took pride in it and still do,” Hermanus says. But the film has catalysed a national conversation that has mostly been constructive. “We took out massive billboards all over the country with just the word ‘moffie’ and the main actor. There was a huge reaction. We created a discourse. Framing it around masculinity [rather than only sexuality] opened it up to the mainstream.”

Hermanus is of a younger generation than Nicholas, hasn’t served in the army and isn’t white. “I saw that as a problem in the first place but then realised this is why I should make the film,” he says. “It’s a challenge to look at apartheid through a slightly different lens. Black South African trauma dwarfs anything a white South African could understand but it’s still complex. We have this assumption that white people are born racist but of course they’re indoctrinated. And the regime’s demand for unflinching, total control looks differently to each of us.” 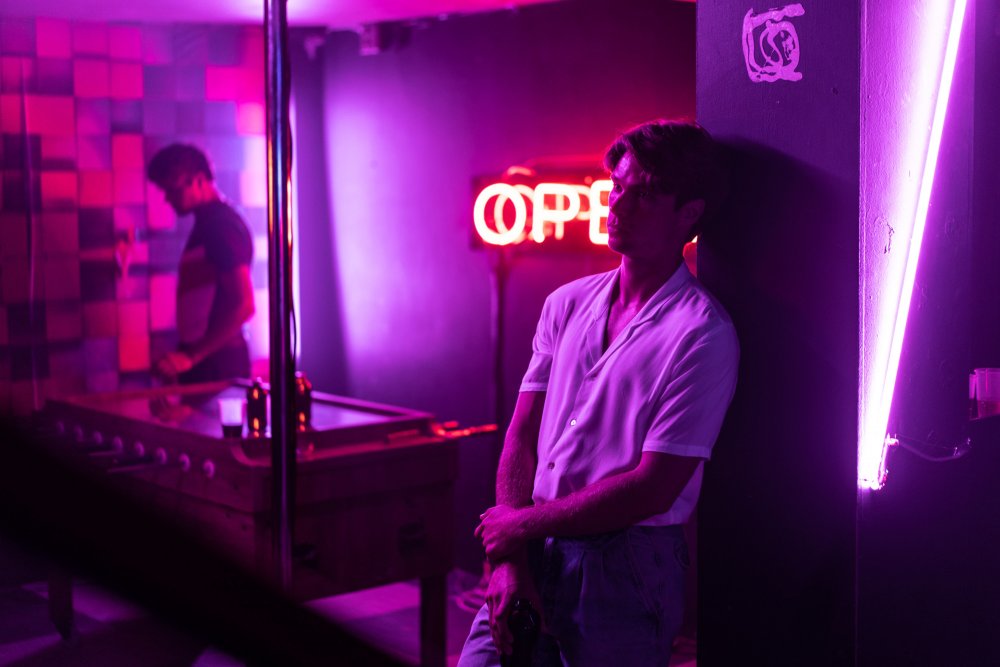 If Hermanus doesn’t share Nicholas’s racial categorisation (“I’m a Coloured South African – a minority making a film about another minority,” the whites), he does share his sexuality. One of the film’s most powerful sequences – a flashback to a humiliating childhood experience at a swimming pool – was Hermanus’s invention, drawn from his own life. “I remember the first time the word ‘moffie’ was used against me as a child and I started to hide myself,” he recalls. “The moment you recognise that might be what you are, and that it’s bad, that’s when you start editing and stunting who you are and building this second version of yourself.”

The understanding that no one escapes undamaged from systems that violently demand such conformity and self-rejection is what gives Moffie its power. Hypervigilance, whether in the minefield or the barracks, takes its toll.