Rebel charm: Benh Zeitlin on Beasts of the Southern Wild

The director of the otherworldly Louisiana-at-sea fantasia – winner of this year’s Sutherland Award for the most “original and imaginative” feature debut in the London Film Festival – talks to Isabel Stevens. 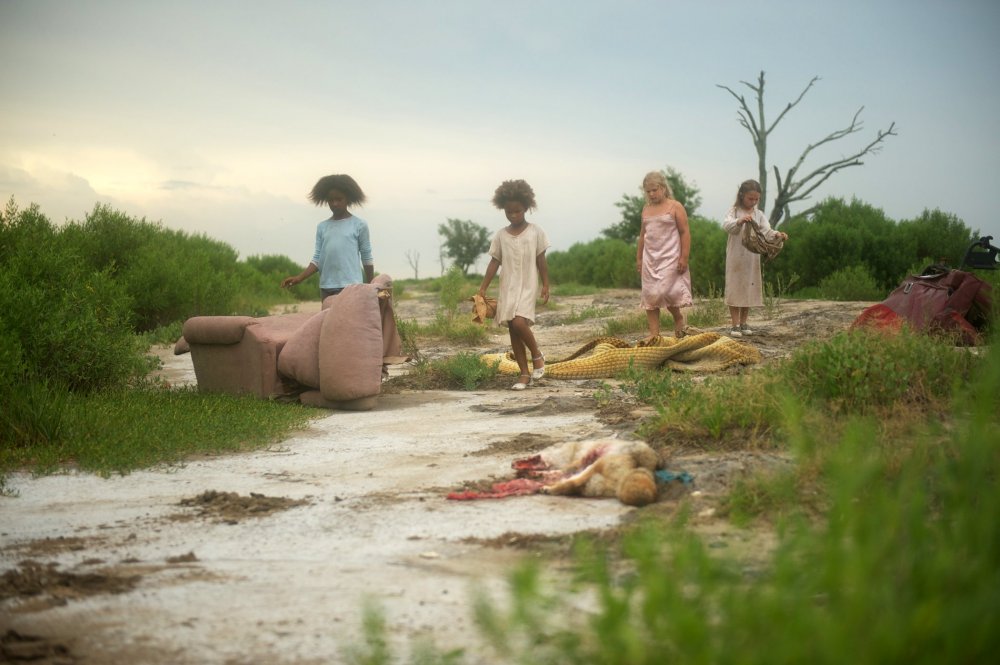 Every so often a little indie debut comes along that casts its spell on audiences and festivals worldwide. This year it’s a fable about a young girl living in a drowned world. Constructed on a minimal budget and with a cast of non-professional actors, Benh Zeitlin’s “rebellious fantasy”, as he calls it, centres on fearless six-year-old sprite Hushpuppy (Quvenzhane Wallis), her brusque, self-sufficient father Wink (played by baker Dwight Henry) and their home: the fiercely autonomous, ramshackle community that is the Bathtub, found somewhere between South Louisiana’s bayou and the edge of the world.

However, Beasts of the Southern Wild has a polarising effect. On one side of the critical battle-lines are those [see Nick Pinkteron’s review in the November 2012 issue of Sight & Sound] who see it as a soggy, whimsical utopia that could only have been dreamt up at the Sundance Institute’s Directors Lab (which Zeitlin attended). Others though have been charmed by this visually inventive, handcrafted piece of magical realism and its spirited celebration of alternative living.

Certainly, the Bathtub’s homespun architecture and proudly independent stance finds an echo in the ethos behind the film’s production and Court 13, the collective-cum-‘filmmaking army’ of which Zeitlin is a part. I talked to him during this year’s LFF about training pigs, building a set from scratch and how collective filmmaking actually works.

What originally drew you to the project?

I live in New Orleans and was interested in telling a story about people who are staying in South Louisiana and why they’re holding on. I wanted to celebrate that impulse to stand by this place, in spite of its dangers or flaws.

You chose not to ground Beasts in reality – it feels more like a parable or a myth. And although there’s a storm that threatens the Bathtub and we see images of icecaps melting, it’s not about about Hurricane Katrina specifically.

I never wanted it to be a political movie. I feel very strongly about environmental issues but I wanted even people who don’t believe in global warming to sit down and watch it.

The film is actually wildly scientifically incorrect. It’s really about what it’s like to have your environment collapse. The film explores Hushpuppy pulling together all these fragments she’s heard about why her environment is falling apart and reconstructing it in her head. When I was down there, I’d hear lots of people talk about how everything around them had changed – how trees they’d carved their names into in their backyards are no longer there. I wanted to convey this sense of history being taken away. For me it was an emotional issue. 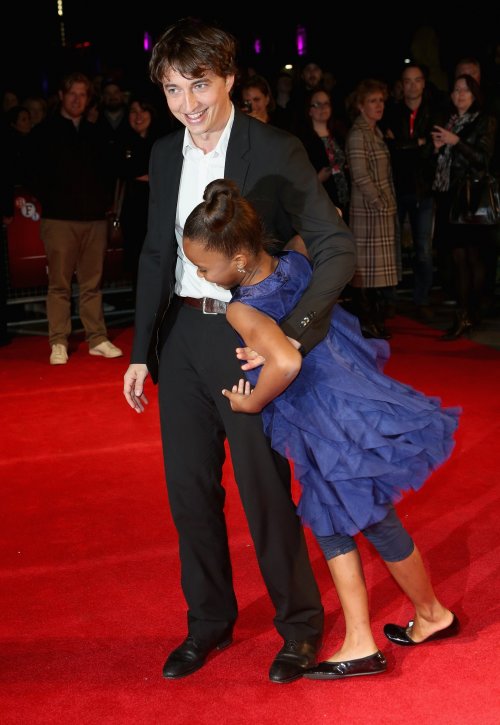 How did you find the location?

I’d heard about what was happening with the land loss in South Louisiana. Every two years, when you look at this region on a map, it’s smaller. It’s the frontline – there’s the problem of salt-water intrusion, the changing environment through global warming, and of course the hurricanes – and it’s also right where the recent oil spill happened.

I saw on the map there were five roads that went down into the marsh and then ended. And I got curious as to what was the last thing on each of those roads. I started driving down them. On the third trip I found Isle de Jean Charles – and I completely re-wrote the story to adapt it to the sense of geography of that island.

The bathtub is a very vivid, sensual place with its own singular architecture. How did you approach the production design?

It’s not like I drew what I wanted everything to look like and had people execute it, though. We try not to be too dogmatic about things. Most of the people that work with us aren’t filmmakers – they’re boat-builders, craftspeople or artists in their own right. We try to give each person a tremendous amount of agency over what they do. We talk a lot more about the principles behind how something gets made rather than having a visual plan.

We’d tell them the story – that when the character Wink first moved to the Bathtub he lived on the ground but then the floods started coming he had to raise his house up. As he couldn’t go to the store he would have built the house and raised it up with materials he could find. Then someone from our production actually went and lived life in that way and built ‘his’ house themselves.

You talk about ‘we’ – and made the film with the collective Court 13. How does collaborative filmmaking and your role as director work in practice? Is it a totally democratic process?

It’s not like a free-for-all collaboration but everyone has a task and they have control over it. I’m inside of everything, making sure it all stays cohesive, guiding the ship, if you like, to make sure it all stays on course. All of this happens in pre-production and it’s all about having some fluidity in your screenplay. So your location scout can go out and find an amazing place that isn’t in the script but then you have the opportunity to look again and see if you can incorporate this person’s idea. You need an amazing producer to work this way, because they’re constantly adapting to a moving target. But all the best stuff comes from this flexible process.

The natural world figures heavily. Did you have any particular visual influences?

A Les Blank documentary called Dry Wood was huge reference point for us. Julius Avery’s short Jerrycan was also an influence on the aesthetics. I’m really obsessed with nature documentaries. I wanted to explore that child-like fascination with nature by showing it up close and in detail.

In regards to the cinematography, I loved the way the handheld camera worked in Children of Men. Beasts was mainly shot on an Easyrig. I wanted to turn the camera operator into a performer of sorts, and wanted the sense that the film is sometimes moving too fast for him to capture. I wanted to put our cameraman in the position of a documentary cameraman, at the mercy of whatever’s happening in front of him.

Did you always plan to use Hushpuppy’s voiceover?

That was always there. Hushpuppy doesn’t have anyone to talk to. Her dad doesn’t communicate with her and essentially all her friends are animals. The film is about her evolution of understanding. There was no way you were going to get inside of that character and understand how she was interpreting the world without narration. 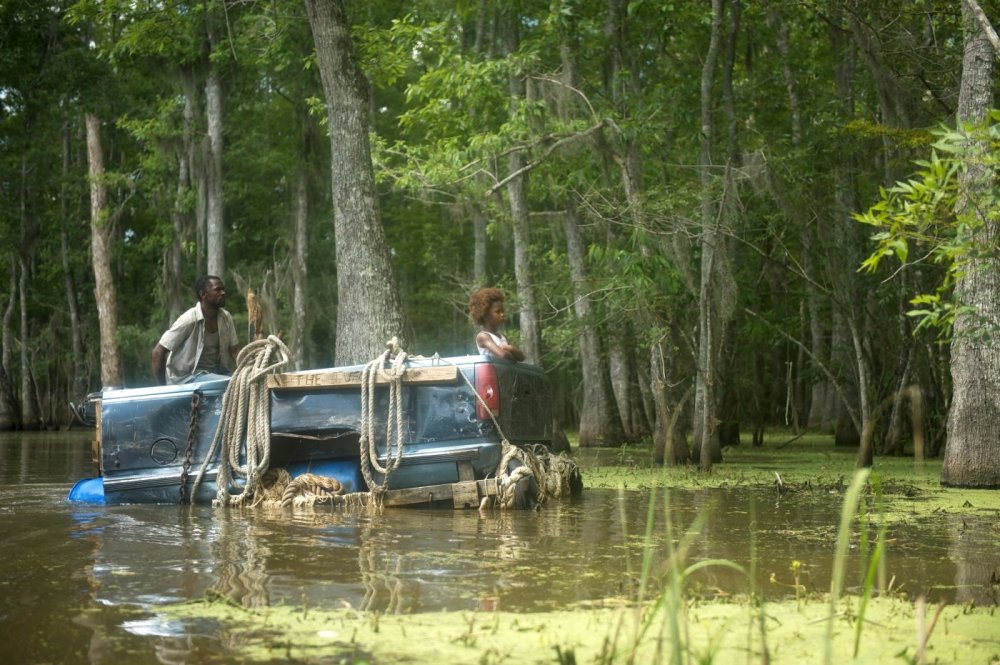 Did you ever consider using professional actors?

We did. But, like the way we work with our set, we wanted to be truthful to the place and have everything feel organic. We did start to use professionals but we’d bring them down [to the location] and then it wouldn’t gel. Through our casting process we found people who could bring their experiences not only to the characters they were playing but to the film as a whole. A lot of stories that they told me were incorporated into the script. It helped us get the place right, having actors we could listen to and feed off.

Did you have a long rehearsal process?

We did three or four months of rehearsals. These would often start off as interviews so we could get an emotional framework for the actors in place. Then when we got to a scene, we could compare it to a moment in the actor’s own life and they could draw on that. We did a lot of work in Dwight’s bakery at night, rehearsing but also improvising. I’d then transcribe the improvisations and give the changed script back to the actors.

You shot the film on a small budget. Where there any major compromises you had to make?

Originally there were a lot of night-time scenes in the script. It came to a choice between that or shooting on 16mm – and we chose 16mm. The grittiness of the image was important to how the Bathtub looked.

I hear it wasn’t the easiest of shoots.

There were a lot of crazy moments. In particular, the ark sequence where it was pouring with rain and we had 15 different floating objects all latched on to one boat in the middle of the bayou was unbelievably complicated. Then there were the Aurochs in the film – pigs that we had to train gradually to wear costumes. But that was fun, adventure stuff, and I love all those hurdles.

Was the editing process as complicated as the shoot?

It was a long process too and the film went through all these different versions. Hushpuppy was always the centre of the film and its point of view. But it wasn’t until we watched all the footage and started cutting that we realised that we couldn’t sneak some information in that she didn’t know about. The minute you stepped out of her head the emotional tension lagged.

There were a lot of scenes that existed between Wink and his friends, all this information about the community, the nuances of who stays and who goes and where Wink is when he disappears. It left us with these big informational holes, but it was important that her subjectivity be absolute. 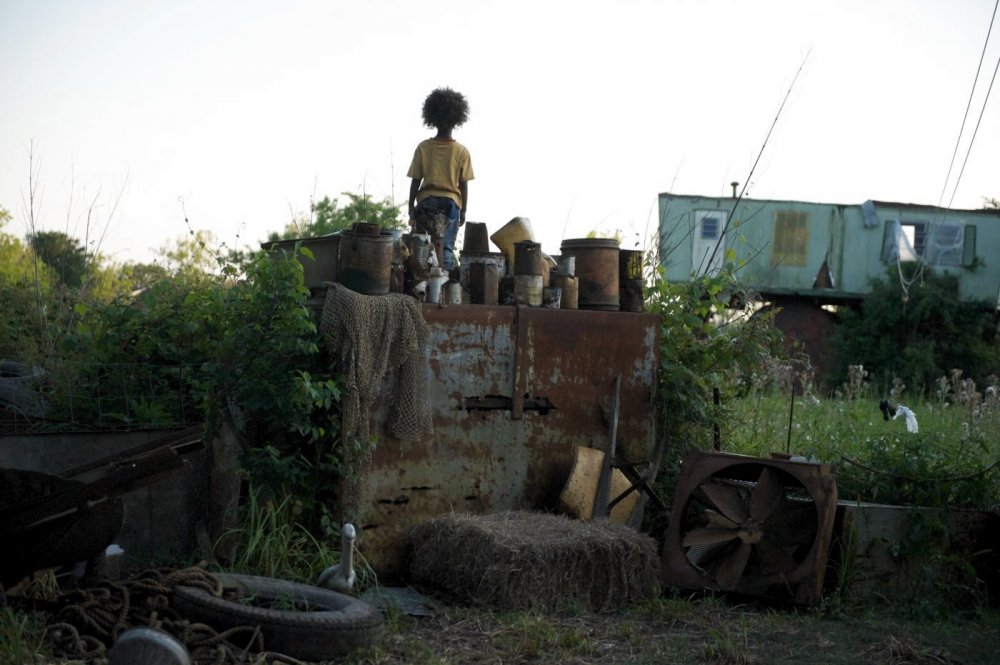 What did you draw on to get the spirit of the Bathtub community?

There’s a ton of New Orleans culture in the film, which I was familiar with to some extent as I live there. Second-line parade culture, jazz-funeral culture is a huge part of the celebration sequence at the start of the film that defines the town. A funeral in New Orleans begins with these tragic dirges but then transforms into a celebratory, joyous party.

And then there’s also West Louisianan, Cajan Mardi-Gras culture which has chicken-chasing and all sorts of things and is a lot more engaged with nature than urban Mardi-Gras. We took all of these ecstatic moments of celebration and distilled it into the Bathtub.

Did you ever worry about romanticising the place?

I don’t know how much I thought about that. This place is wonderful, but it’s not an easy place. It’s a utopian town fighting for survival, whose people feel so strongly about their way of life that they’re willing to do anything to hold on to it.

When it came to Hushpuppy and Wink, we didn’t want to make a cookie-cutter father-daughter relationship. Normally in this type of film, somewhere in the second act the kid transforms the father, he pours his beer down the sink and goes to Little League practice. That to me is too easy.

You do finally bring the protagonists into a recognisable reality after the storm.

It was important that the Bathtub was a choice – it’s not a place that people are relegated to or are forced be. These people are making a defiant decision to live somewhere that values freedom over comfort and commodities. Keeping the real world as a counterpoint was really important. When you get to the refuge centre you realise there’s something in the soul of the Bathtub – and you know the characters can’t survive anywhere else.

That area is so different from the rest of America, so staunchly rural. I tried to get at the issue that you can’t just transplant people somewhere else if their culture and way of life is connected to the land. We needed that hellish place of so-called safety to get that across.

Beasts of the Southern Wild is reviewed in the November 2012 issue of Sight & Sound.

Related to Rebel charm: Benh Zeitlin on Beasts of the Southern Wild