A nomad in Paris: revisiting the films of Ra(o)ul Ruiz

As the Cinémathèque Française takes a two-month journey through the extraordinary career of Raúl Ruiz, Ian Christie reflects on how the filmmaker never lost contact with Chile, even after Pinochet’s military coup forced him into exile. 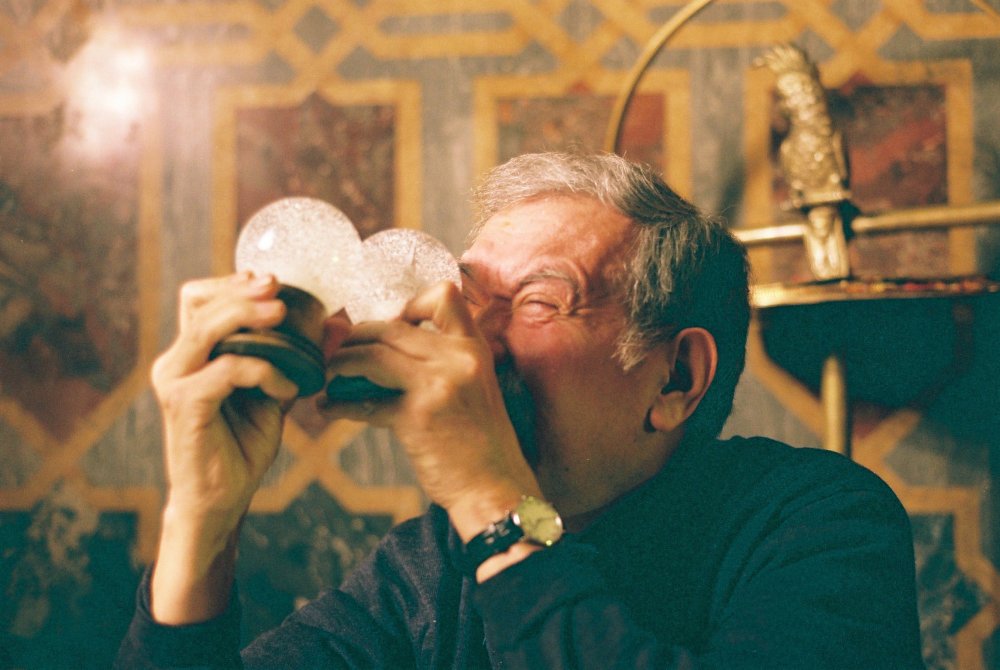 Raúl Ruiz (or Raoul, if you’re in France) as he appeared in his 2006 artist biopic Klimt

Even before his untimely death in 2011, there was a tendency to make Raúl Ruiz sound daunting. So many films, with such eclectic subjects – how could anyone keep up with his torrential output? And also a noticeable scepticism: how many of the films could be on the same level as his magnificent Proust adaptation Time Regained (Le Temps retrouvé, 1999), or the sublime final masterpiece Mysteries of Lisbon (2010)? Well, of course they weren’t, but most were never intended to be such elaborate full-dress narratives.

The Cinémathèque Française’s Raúl Ruiz cycle runs until 30 May 2016.

A new film about Ruiz by a Paris-based Argentinian, Alejandra Rojo, was premiered at the Cinémathèque Française. In this, one of his younger Chilean friends, the philosopher Andrés Claro, points to a map of the unique sprawling geography of Chile, comparing it with the experience of navigating the films of this captain’s son from the country’s deep south: “To get into Ruiz’s filmic universe is to enter a vast archipelago, full of twists and turns opening onto unexpected vistas.” The advice on all sides is: don’t worry, you will inevitably get lost at times, but you’re guaranteed to have some extraordinary experiences along the way.

Another theme that emerged strongly during the Cinémathèque’s round-table with former collaborators was Ruiz’s passion for filming under almost any conditions, which largely accounts for the prodigious output. In their early impecunious years of exile in Paris, friends would gather at his and Valeria Sarmiento’s apartment in Belleville to make ‘Sunday films’, experimenting with novel camera setups and forms, for all the world like amateur enthusiasts. This same experimental spirit would lead Ruiz, together with Sarmiento and their equally intrepid composer Jorge Arriagado, to make films in a bewildering range of situations during the 1980s and 90s. Increasingly, Portugal was the base for these projects, with the producer Paolo Branco a frequent enabler, but it could also be the Netherlands standing in for Patagonia (On Top of the Whale, 1982), New York (The Golden Boat, 1990), Sicily (Il viaggio clandestino, 1994), Taiwan (Shadow-play, 1996) or, perhaps unsurprisingly, even an Arctic exploration ship in a collective film made with Jean Rouch (Ice-breaker, 1988). 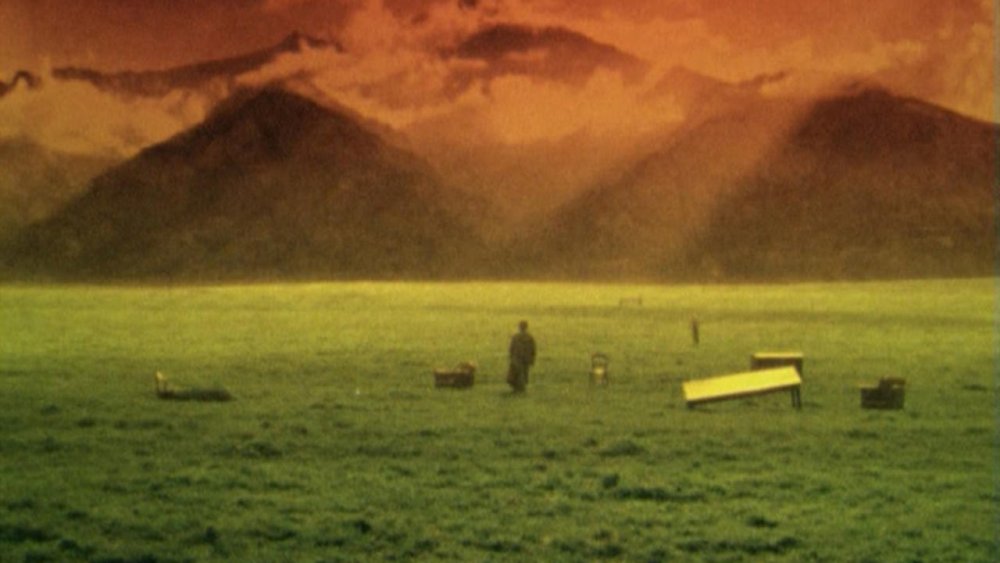 Ruiz’s early career in France was largely supported by its then highly independent television production hub, INA (the Institut national de l’audiovisuel), now France’s broadcasting archive. This allowed him to range widely from short cultural documentaries to what were in effect features. And among these, he tasted the possibility of becoming a major arthouse success with the enthusiastic reception of his Wellsian Three Crowns of the Sailor (1983), set aboard what turns out to be a ghost ship.

But this was not a path he wanted to follow, and the sheer variety of films that followed during the 1980s resisted any attempt to fit him into a pattern. Taking charge of the flagship Maison de la Culture in Le Havre between 1985 and 1990, he welcomed many visiting artists, and his own work included a dance film (Mammame, 1986) and both stage and screen versions of Calderon’s classic Life is a Dream, the latter making a veiled allusion to the memory of Chile’s brutal dictatorship (La Memoire des apparences, 1987).

Despite his early work for the regime of the murdered Salvador Allende, Ruiz had begun to visit Chile from the early 80s, cautiously and sceptically. I recall including his Letter from a Library Lover in a programme for Channel 4’s Visions series, which commented obliquely on Pinochet’s Chile by noting the absence of the colour red in its everyday landscape. Later, he would make films and series for Chilean television, as democracy took hold and he was feted as a kind of national treasure. In fact, his very last work was an elegiac feature based on a Chilean writer Hernan del Solar, Night Across the Street, described by the Village Voice when it appeared posthumously in 2012 as “a characteristic work of surreal wit and circuitousness – and the filmmaker’s winking but mournful goodbye”. 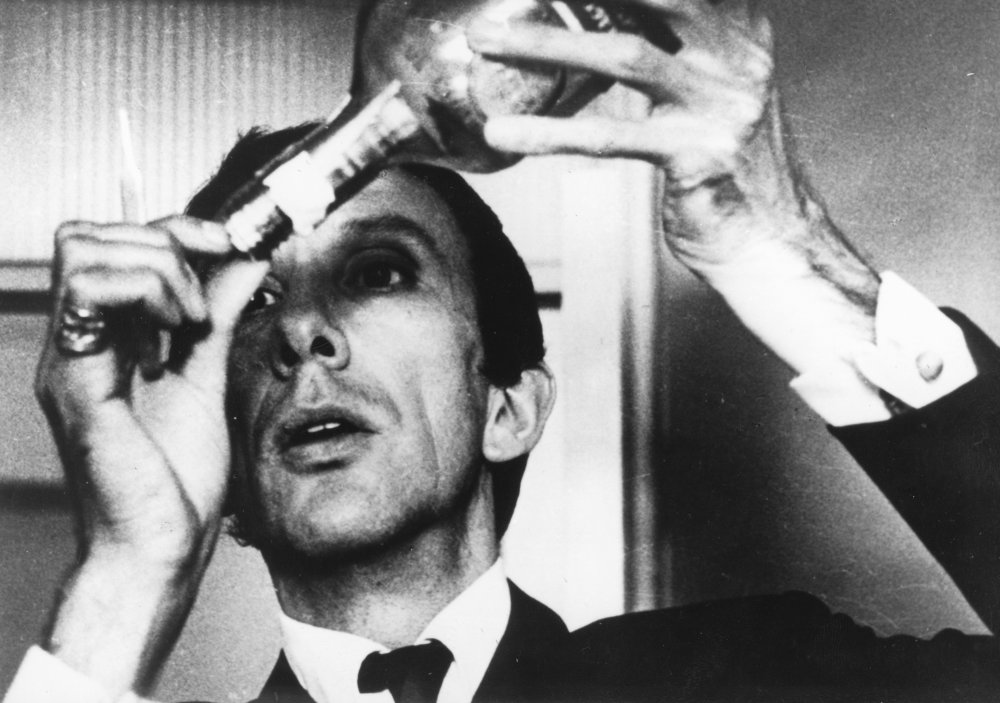 Among Ruiz’s cherished authors were many English classics. He dreamed of filming G. K. Chesterton’s theological mystery The Man Who Was Thursday, and made a truly surreal version of Stevenson’s Treasure Island in 1985, which remained unseen until a decade later. Channel 4, in its original risk-taking mode, supported A TV Dante (1991), shared between Ruiz and Peter Greenaway, and commissioned several shorts. But his sole British feature, A Closed Book (2009), from a script by one of his long-term collaborators, Gilbert Adair, sadly fails to realise the potential of a Sleuth-like subversion of the English murder mystery.

Roja’s portrait allows his friends and collaborators to reveal a figure of boundless curiosity and optimism. Although scripts and films were his medium, he published two volumes of a ‘poetics of film’, which argued against the tyranny of predictable plotting and a single point of view. Stretching all the way from Chile’s ‘new wave’ of the late 60s – and the BFI National Archive can take pride in helping to preserve a key part of this, his foundational Tres Tristes Tigres (1968) – to today’s informal ‘essay films’, which he pioneered, his career should inspire anyone with a passion for exploration and expression through images. And there’s still time to catch two-thirds of the Cinémathèque’s generous 80-film voyage through the Ruizian archipelago, enthusiastically introduced by its new director Frédéric Bonnaud, which runs until 30 May:

Related to A nomad in Paris: revisiting the films of Ra(o)ul Ruiz