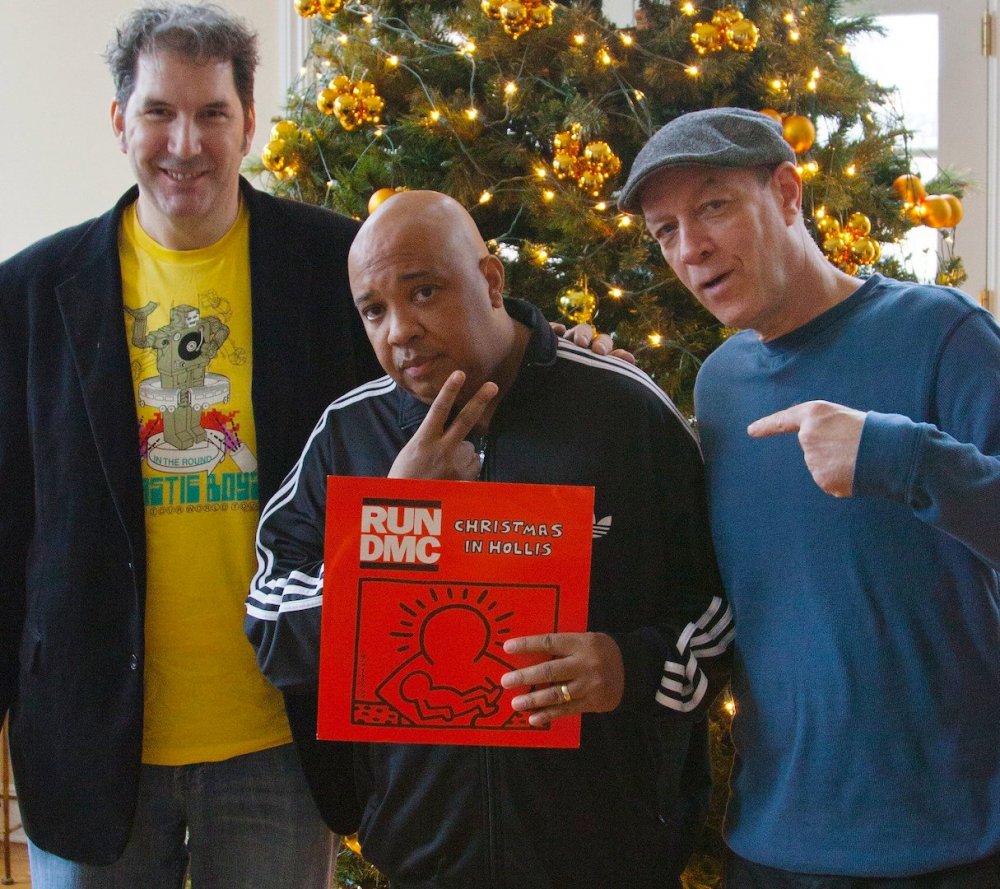 You might, quite reasonably, approach Mitchell Kezin’s new documentary Jingle Bell Rocks! – note that alarming exclamation mark – with a certain amount of caution. Timetabled fun! Compulsory happiness! As one interviewee points out: “The worst music in the world is insincere Christmas music.” The season when everyone from James Stewart to Will Ferrell is telling you to set aside your cynicism is the very month at which some of the most cynical music is aimed. The top-selling single of all time remains Bing Crosby’s White Christmas. One Christmas hit can set you up for life (a plot point in Chris Weitz’s About a Boy).

Jingle Bell Rocks! toured London in December 2015 courtesy of the Doc ’n’ Roll festival. Find out more about it at jinglebellrocks.com.

But Kezin’s relentless, puppyish enthusiasm may win you over. Jingle Bell Rocks! sets up as a voyage round Kezin’s own obsession with Christmas music, an attempt to work out where it came from and to make some connections with similar obsessives. Obsessives like former Def Jam A&R exec Bill Adler, who grew up in a Jewish household but, once married, got so into his wife’s peculiar alternative to Hanukkah that he ended up making annual Christmas mixtapes for friends. Kezin interviews John Waters, who reminisces fondly about driving through Baltimore alleyways filled with discarded, burning Christmas trees, and Wayne Coyne from The Flaming Lips, who locates the deep resonance of Christmas music in its connection to childhood memories and family. 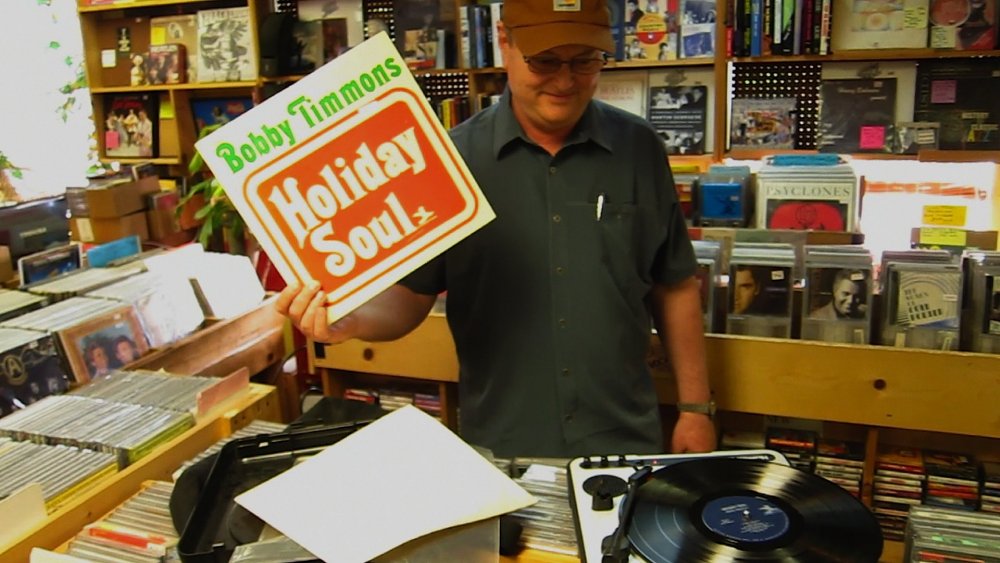 Kezin identifies childhood Christmases listening to Nat King Cole’s version of The Little Boy That Santa Claus Forgot as the beginning of his fixation – and much of Jingle Bell Rocks! is about the music that Christmas forgot, as he talks to collectors who spend all year scouring record-store bins and yard sales for unheralded gems they can put on a 60-minute compilation. It’s a pleasant relief to watch a documentary talk about Christmas music that skates merrily right past most of the Christmas pop canon. Phil Spector’s Christmas Gift For You, Sinatra, Elvis, Bing Crosby all get a mere a passing mention, while acts like Slade, Wizzard or Wham! – fixtures unpacked like tinsel and fairylights every year in the UK – don’t even register. It’s Kezin’s fandom, his boundless appetite for the sheer breadth and depth of Christmas music out there, that powers Jingle Bell Rocks!

Another song crucial to the film is Miles Davis’s Blue Xmas (To Whom it May Concern) from a 1962 compilation called Jingle Bell Jazz, and Kezin’s encounter with its writer and vocalist Bob Dorough is fascinating. Dorough’s take on the holiday season isn’t so much bebop-blue as jaundice-yellow, one long shudder of bah-humbug horror. And Kezin’s film could easily have focused just on the sub-genre of anti-Christmas Christmas songs, moving from Miles to Thank God It’s Not Christmas by Sparks, or Alan Vega’s catatonic carol No More Christmas Blues. Or Tom Waits, whose Christmas Card from a Hooker in Minneapolis makes The Pogues’ Fairytale of New York look about as gritty as Home Alone 2. (And digressing into actor-musicians, didn’t Mary Margaret O’Hara, who recently starred in Jem Cohen’s Museum Hours, once cut a Christmas EP?) 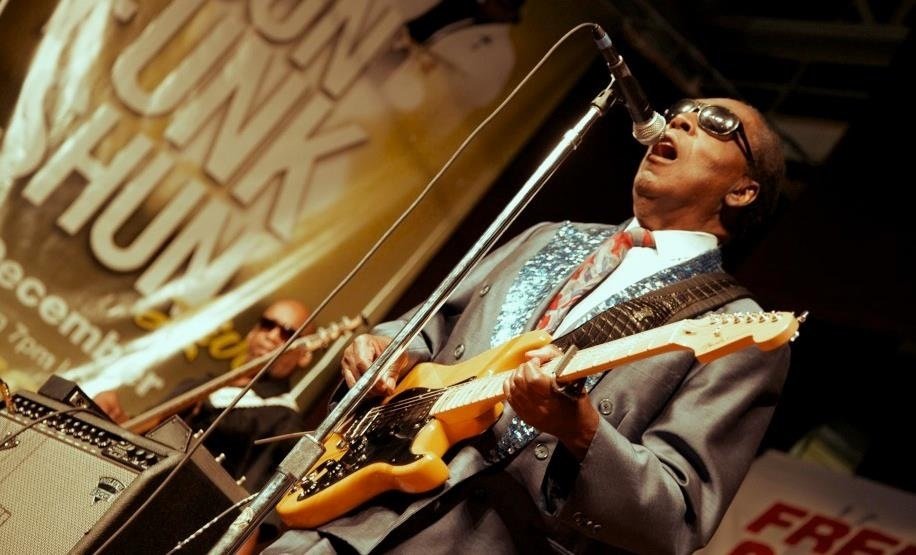 Jingle Bells Rocks! really takes off when it looks at black musical cultures and how they engage with Christmas in all its whiteness. Kezin meets soul musician Clarence Carter, author of Back Door Santa, and connects him up with a great section on Run DMC’s Christmas in Hollis (a track which sampled Carter; Die Hard fans may remember it playing out of the tape deck during John McClane’s limousine ride).

With so much ground to cover, Kezin doesn’t linger on rap, but it’s worth noting that Christmas exerted a weird grip on hiphop’s collective imagination in the 1980s. Did it start with Kurtis Blow’s Christmas Rappin in 1979? It certainly continued with The Treacherous Three in 1984, then peaked in 1987 with Christmas Rapping, followed by Eazy-E’s classic 1988 nativity-play closer Merry Muthafucking Xmas. By the 1990s hiphop had long since proved itself to be more than a novelty or passing fad, and with it went the Christmas raps – although the Wu-Tang Clan’s Genius/GZA did use The Night Before Christmas as the lyrical template for his track Cold World in 1996. 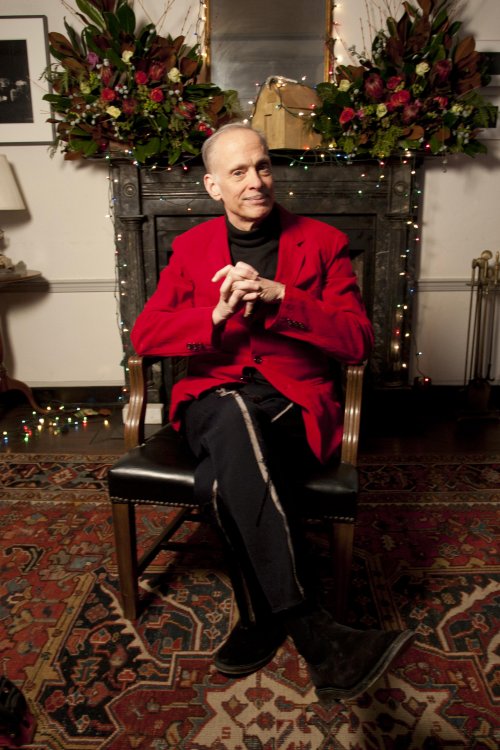 Black Christmases are a thread Kezin could have chased in all kinds of directions though: to the 1952 doo-wop single made by jazz visionary Sun Ra as The Qualities. Or a personal favourite, Peace, the 1968 Christmas album by psychedelic folk-rockers Rotary Connection. Or the way Nina Simone interpolates Good King Wenceslas on Little Girl Blue, for her very first album in 1957 (on Bethlehem Records).

Watching Kezin tear up as he gets ready to record his own calypso version of The Little Boy that Santa Claus Forgot brings home the weird paradox of Christmas music. As Noel Coward noted, there’s a strange potency to cheap music. So much of it is functional, instrumentalised as seasonally-appropriate decoration, that we resist it, write it off as cheesy or corny. And yet it can hit you right in the heart, for all your defences and rationalisations.

Christmas can be both the best of times and the worst of times, to borrow a phrase from a well-known Christmas expert, as family pressures and expectations and stresses peak. So Christmas music inevitably becomes freighted with all those associations and memories, which are then reinforced by annual repetition. And that could be the unspoken point of Jingle Bell Rocks! – that Christmas represents both the worst of musical times, and the best.