Friends in high places: Alex Cox on Sid and Nancy at 30

Never mind the punk scene: Alex Cox’s 1986 portrait of the ill-fated union between Sex Pistols bassist Sid Vicious and his girlfriend Nancy Spungen was meant to be more of a portrait of tragic waste, so far as he now recalls. But you tell him… 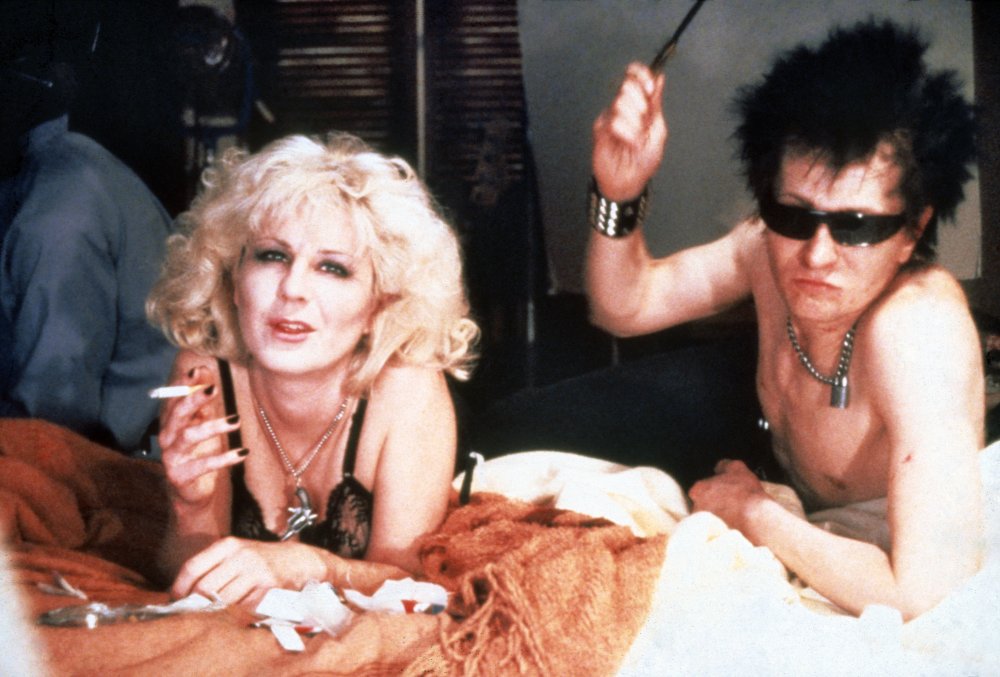 The first time I saw something I could identify as punk, it was 1976 in Bristol. I spotted a guy with a leather jacket which had ‘1976’ emblazoned on the back. Interesting. There was obviously a political statement within that, even if I wasn’t quite equipped at that point to know what it was, though we did have a punk band in Bristol, The Cortinas.

Sid and Nancy is rereleased in UK cinemas on 5 August and on DVD/Blu-ray from 29 August.

And it was shortly after that I got a Fulbright scholarship to be a graduate student in film at UCLA [University of California Los Angeles], which had its own punk scene that happened just a little after the UK. So I was into people like X, Fear, The Plugz. We had visiting bands, too, like Devo, and I saw The Clash twice, which was amazing. I also remember a friend of mine turning up with a double-A-side single by Sid Vicious, Cosh the Driver coupled with My Way, and I was very much sold on that.

The Brits tended to disdain the American punks, because they thought they were all middle class kids with nothing to complain about – which was a bit like the pot calling the kettle black. LA was more male-dominated – in the UK girls played a much larger part – but everybody had the same intention: it wasn’t just about music, it was about creating an alternative lifestyle, to be tribal, to bring down society as we know it. They didn’t quite succeed, but it’s coming…

I’d never met Sid Vicious or Nancy Spungen, and the Sex Pistols split up before they reached LA so I never got to see them play. We tried to create as authentic a picture of their relationship as we could, so I did a lot of interviews with, for instance, the Bromley Contingent, people who knew Sid through other channels, and even John Lydon himself. If you go to the National Media Museum in Bradford, there’s a big box of my archives, and within that two very fat notebooks where I wrote up all the interviews.

The other genesis for it was that I’d met a producer who was seriously trying to get going on a Sid and Nancy film starring Rupert Everett and Madonna. That could not be allowed, so really our inspiration was to stop that happening by getting our own version into production first.

If you want to see a good record of the punk scene, look at Julien Temple’s films because he was really embedded within it. In our film the punk scene was peripheral because what we did was to focus on these two characters. And anyway I was from Liverpool, I didn’t know London, I couldn’t know if I’d gotten it right anyway. I was more familiar with the LA scene, so when we shot the London punks doing their dance, it was the southern Californian mosh-pit rather than very British pogo-ing.

Interestingly, when he read the script John Lydon suggested that we go away from authenticity and put our own stamp on it. He thought Drew Schofield, who was playing him, should use his own Scouse accent, which started me thinking about how far we could take it. Why not make Sid a girl and cast Sandra Bernhard? We didn’t go that way… maybe we should have done. 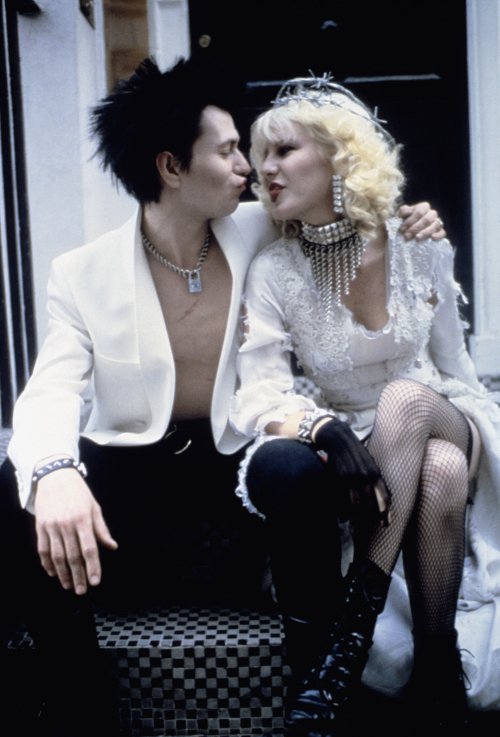 The most important scene in the film, from the perspective of [co-screenwriter] Abbe Wool and myself, was in the methadone clinic, where Sy Richardson plays the guy who won’t hand over their dose of methadone until he’s delivered a lecture about how they’re screwing up. Essentially, Sid and Nancy betrayed the punk movement. They should have been out there on the barricades, but instead they became another example of junkie rock stars getting high in a hotel room.

That’s what we wanted to say, how they’d become such a disappointment to punk, but because the film got deeper and deeper into their horrible little world, everything outside them got a bit lost. The last we see John Lydon, he’s in the corner of some club, fading away. All that explains a sort of misunderstanding in the UK, where it was taken to be a film about the punk scene. The reception in America, where it was viewed as a horrific love story, was closer to our intentions.

I don’t really watch my own old films, unlike Ronald Reagan, who sat in the White House and reran Knute Rockne – All American [1940] again and again. That way madness lies – though I must say, of my own films Sid and Nancy is the one I’d be most critical of. Gary Oldman and Chloe Webb both gave fantastic performances – he’s gone on to have a fantastic career – but the ending really should be harder, and that message that they’re fools who’ve wasted their lives and betrayed the music should come through much stronger so nobody could miss it.

I’m not sure why it’s been picked up for 30th anniversary rerelease. It’s like Repo Man [1984] in that respect, it reminds people of a certain time in their lives. I guess for older audiences it’s about that era when they did drugs and stayed out all night. There’s a certain sentimentality about all that, so it’ll be interesting to see if a younger generation will be impressed in the same way. I’d expect them to be a little more distanced, and perhaps take it a bit more critically.

Related to Friends in high places: Alex Cox on Sid and Nancy at 30