Crip Camp: where disabled teenagers found freedom and a voice

A joyful portrait of a 70s summer camp for young people reveals a community ahead of its time that was a catalyst for disability activism.

☞ Crip Camp review: irreverence and activism in the glow of summertime
☞ Ten of the best from Sundance 2020 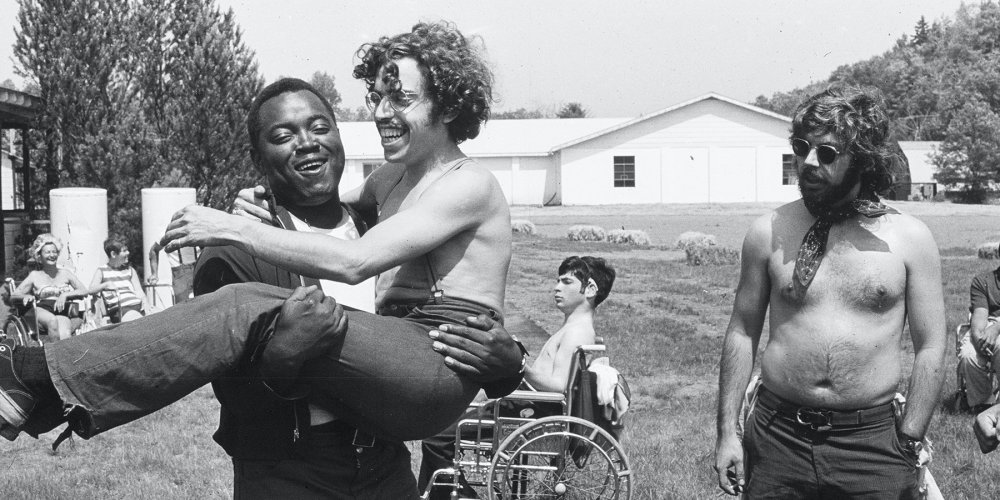 Crip Camp co-director Jim LeBrecht was born in New York in the 1950s with spina bifida and a lust for life. His debut documentary, executive-produced by Barack and Michelle Obama, is a vital and joyful work that puts a lesser-known part of American civil rights history on the map using archive footage of a summer camp for disabled teens unearthed by LeBrecht and co-director Nicole Newnham.

Crip Camp screens on 17, 18, 20 March at the Human Rights Watch Film Festival in London and will stream on Netflix from 25 March.

Crip Camp introduces LeBrecht before diving back to the summer of 1971 when he visited Camp Jened, a hippie utopia in the Catskill Mountains in New York State designed to provide disabled teenagers with games, music, make-out sessions and cheerful community. In the film, subjects behave freely before the camera, speaking with humour and acuity about navigating a world built to exclude them.

The documentary goes on to show how the disability rights movement in 1970s California was powered by attendees from the camp, who went on to set up the Center for Independent Living and organise a 28-day federal building sit-in over the lacklustre enforcement of key disability rights legislation. Internationally renowned activist Judy Heumann, a counsellor at Camp Jened, emerges as a rallying force, rousing disabled teens to fight for their rights in an atmosphere of practical kindness.

Before Crip Camp, LeBrecht worked as a sound mixer and designer; when he told his regular collaborator Newnham about the camp, they tracked down the radical video collective who shot there in 1971. In a Deadline interview, the pair talk with wonder about a hard-drive that was a time-capsule with hours of digitised footage of people Jim once knew and loved. “We don’t see things about teenagers with disabilities,” said LeBrecht. “And here we are just playing around… The naturalness of all that, because of what we don’t see in the media, was quite vivid and amazing.”