After Pialat: the young realists of 1990s French cinema

Heavily indebted to the spirit of Maurice Pialat, the New French Cinema of the 1990s found its voice with some raw realist gems.

Followers of French cinema have long celebrated the 1990s as a golden age. As well as witnessing the renewed success of mainstream French films at the national box office, with blockbusters by the likes of Luc Besson, Jean-Pierre Jeunet and Marc Caro, as well as popular comedies and lavish heritage films, those fin-de-siècle years saw French auteur cinema return with a vigour not seen since the heyday of the nouvelle vague in the 1960s. The new talents behind this revival were soon grouped by critics under the banner of le jeune cinéma français – ‘the Young French Cinema’ – and their work hailed as marking the emergence of a ‘new realism’.

Several of the films mentioned here screen in the S&S Deep Focus season Maurice Pialat and the New French Realism at BFI Southbank until the end of December.

These new talents typically made films on small budgets and confronted the social reality of an era of economic crisis, unemployment, a political shift to the right and Aids. Their stories were characteristically set in unglamorous locations, such as the bleak rural vision of northern France in Bruno Dumont’s La Vie de Jésus (1996), and explored themes of alienation, be it individual (The Dreamlife of Angels, Erick Zonca, 1998), social (Marius et Jeannette, Robert Guédiguian, 1997), political (Human Resources, Laurent Cantet, 1999), racial (No Fear, No Die, Claire Denis, 1990) or sexual (Savage Nights, Cyril Collard, 1992).

After the slick studio-based cinéma du look of the 1980s, typified by Jean-Jacques Beineix’s Diva (1981) and Luc Besson’s Subway (1985), the vanguard of French auteur cinema appeared to be going back to its roots in the realist tradition, epitomised by Jean Renoir and, in the post-war period, Claude Sautet, Jean Eustache and especially Maurice Pialat. Chris Darke, writing in Sight & Sound in December 1999, traced Pialat’s “cinema of first-person emotional directness” as the major reference point for the Young French Cinema. And in 1998 Cahiers du Cinéma held a discussion between leading figures in the movement, among them Arnaud Desplechin, who claimed, “The filmmaker whose influence has been the strongest and most constant on the young French cinema isn’t Jean-Luc Godard but Maurice Pialat.”

Today, the ‘young’ filmmakers – and their actors – have grown up. Desplechin, Denis, François Ozon, Catherine Breillat, Olivier Assayas, Cédric Klapisch and Cédric Kahn have become established figures, while others faded into relative obscurity. So, with 20 years’ hindsight, was the Young French Cinema merely a convenient label or was it a coherent entity? Did it achieve that French critical holy grail, to become a new nouvelle vague? 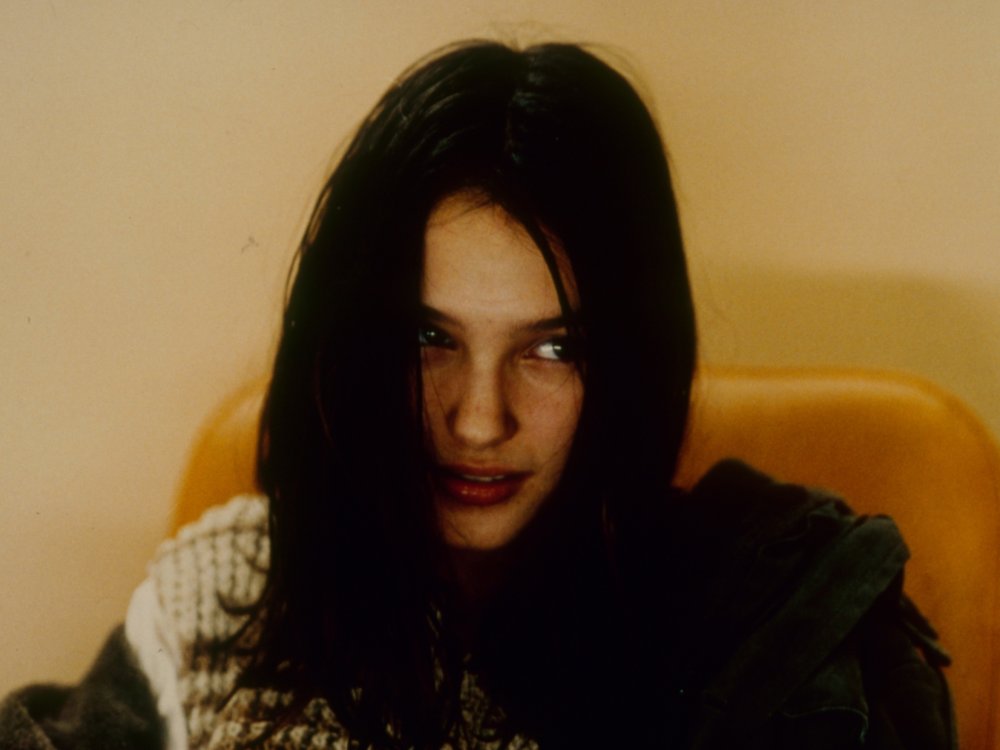 In an article in Le Monde in 1995, the critic Jean-Michel Frodon commended the renewed vigour of French cinema and the emergence of a talented new generation, but noted that its diversity prevented any talk of a coherent movement. Later, the film historian Jean-Pierre Jeancolas talked about the “confused image” of Young French Cinema. Among other things, he pointed out that ‘old’ filmmakers can make ‘young’ films, and vice versa. And yet unavoidable comparisons were made to the New Wave, prompted by striking similarities: a high incidence of young directors making their first film, low budgets, on-location aesthetics and an emphasis on personal expression.

Yet the Young French Cinema was, inevitably, a product of its time, and markedly different from its 1960s ancestors. While the New Wave of François Truffaut, Jean-Luc Godard et al arose out of a violent attack on the perceived complacency of films by an older generation of French filmmakers – the cinéma de papa – the ‘new New Wave’ of the 1990s was largely a product of institutional structures, not a rebellion against them.

Since World War II the fonds de soutien had levied a portion of all box-office receipts and ploughed the money back into French production, and since 1960 the avance sur recettes subsidy had benefited a band of auteur films. But the enlightened cultural policies of President François Mitterrand and his culture minister Jack Lang in the 1980s ensured even more money was poured into filmmaking, in part to defend the ‘cultural exception’ (the pledge to treat culture differently to other commercial products).

Like their predecessors in the New Wave, the directors of the Young French Cinema benefited from the help of risk-taking producers such as Humbert Balsan, Pascal Caucheteux and Christophe Rossignon, but unlike them, they had the support of the most influential film critics in culturally prestigious publications, among them Le Monde, Libération and Les Inrockuptibles. Festival prizes and other awards (the Césars, the Prix Louis Delluc, the Prix Jean Vigo) especially favoured first-time filmmakers.

Changes in the French audiovisual landscape equally worked to the newcomers’ advantage. One was the reconfiguration of the IDHEC film school in Paris as the Fémis in 1986, with a more overt orientation towards auteur cinema, which led to the 1990s filmmakers sometimes being called the ‘Fémis generation’.

Another was the increased role of television, especially the Franco-German channel Arte, launched in 1992, which notably commissioned a landmark series of nine films with an autobiographical remit, Tous les garçons et les filles de leur âge (‘All the boys and girls of their time’) in 1994. This enormously influential series was made up of hour-long films directed by Chantal Akerman, Assayas, Olivier Dahan, Emilie Deleuze, Denis, Laurence Ferreira Barbosa, Kahn, Patricia Mazuy and André Téchiné – a list that sees many of the new cineastes showcased alongside established directors such as Akerman and Téchiné. Three of the films – Assayas’s Cold Water, Téchiné’s Wild Reeds and Kahn’s Trop de bonheur (Too Much Happiness) – were subsequently released theatrically in expanded versions, to great acclaim. 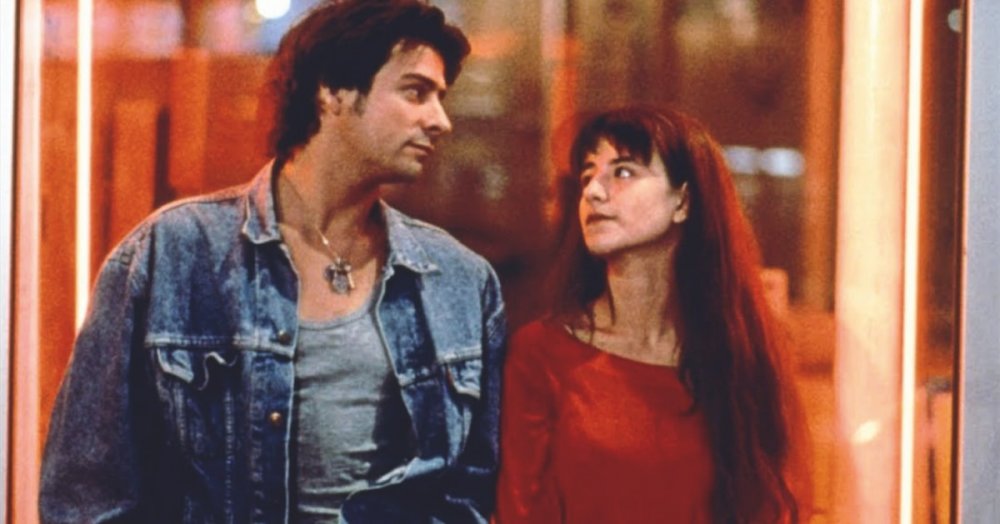 Setting aside Frodon’s reservations, I would divide the Young French Cinema into two trends. One is the autobiographical slant, epitomised – and encouraged – by the Arte series, but also evident in Savage Nights, Cédric Klapisch’s Le Péril jeune (1994), Desplechin’s My Sex Life… Or How I Got into an Argument (1996) and others, and descended from the New Wave ethos of a cinema ‘in the first person’. But whereas New Wave films were almost entirely white, male and straight, the 1990s auteurs demonstrated a diversity of ethnic origin, gender and sexual orientation.

The second trend I would describe as a ‘political turn’ – both in terms of the contents of the films and the positions taken publicly by filmmakers. A landmark event in this respect was the February 1997 campaign in support of the ‘sans papiers’ (illegal immigrants threatened with deportation), spearheaded by filmmakers Pascale Ferran and Desplechin.

‘Politics’ in these films means a concern with humanitarian causes – a shift linked to the waning of traditional political parties and trade unions. The films of the Young French Cinema typically filtered politics through their impact on individual protagonists, or on the microcosm of a family or neighbourhood. Archetypally, the films of Guédiguian, such as Marius et Jeanette and La Ville est tranquille (2000), document this shift in the south of France, his emphasis on solidarity across generations and ethnic groups a response to the rise of the populist National Front.

Across the Young French Cinema the new realism was typified by a mise en scène that privileged natural locations, long takes, ambient sounds, a lack of conventional glamour and naturalistic performances. Challenging the ubiquity of elegant Parisian locations in French cinema, the deprived suburbs frequently appeared (as in Jean-Claude Brisseau’s De bruit et de fureur, 1988; Denis’s No Fear, No Die; and Mathieu Kassovitz’s La Haine, 1995), as well as provincial locations, facilitated by regional subsidies: Lyon (in Laetitia Masson’s En avoir (ou pas), 1995), Normandy (in Human Resources), the north (in La Vie de Jésus and The Dreamlife of Angels) and the south-west (in Wild Reeds). Instead of picturesque Provence, the midi is urban in Guédiguian and agricultural in Sandrine Veysset’s Will It Snow at Christmas? (1996). 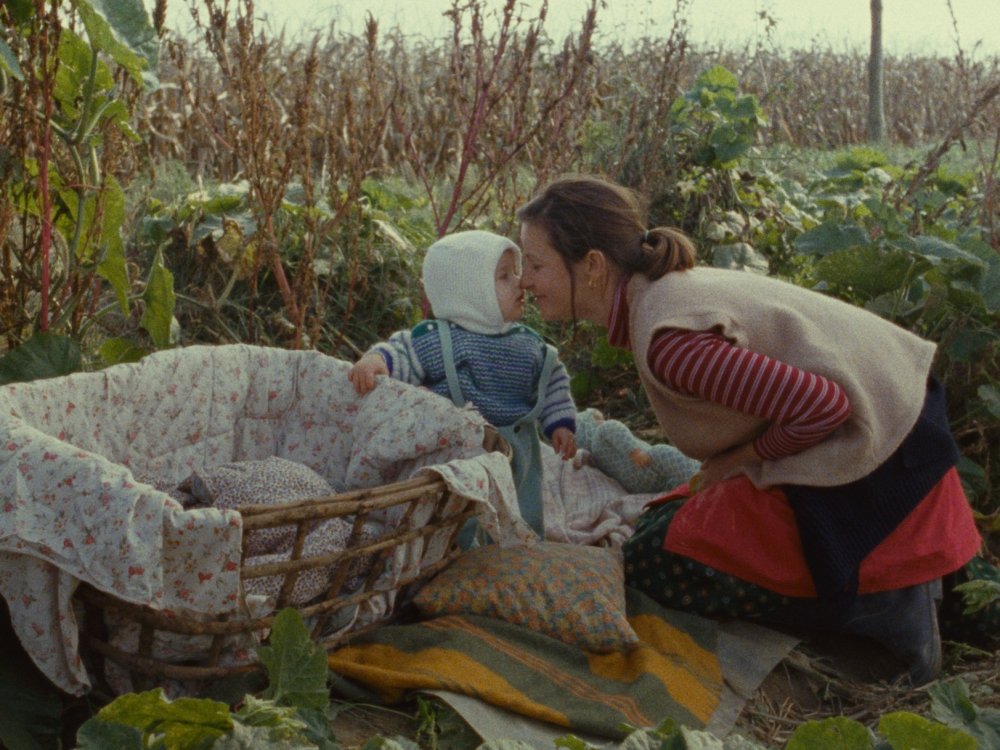 Beyond these aspects, however, commentators have struggled to find a comprehensive definition of the new realism, speaking variously of a ‘return to the real’, a realism of ‘proximity’, ‘intimacy’, ‘solidarity’, ‘rusticity’, ‘rawness’, which produces a ‘cautionary’, or ‘state of the nation’ cinema. For scholar Phil Powrie, the films inhabit “an uneasy middle ground between the ethnographically dispassionate and the dramatically compassionate”, while Martin O’Shaughnessy talks of “a fragmented, disruptive and undigested real” and Martine Beugnet a “French néo-realism”.

But if one single definition of the new realism is elusive, there are common features that stretch both the definition of realism and the concept of auteur cinema: classic, Bazinian, realist tropes, but always combined with another dimension, whether spectacular or literary. Beyond the onus placed on the personal dimension of auteur cinema, one reason can be found in the traditional French suspicion of the ‘sociological’ film, lauded when British (as in the case of Mike Leigh or Ken Loach) but not French; it is noticeable that many of the films of the Young French Cinema were praised for not being ‘just’ a portrait of a milieu or predicament. Thus, a self-reflexive dimension always gets in the way of transparent representation. In La Haine, for instance, Kassovitz imagines the Parisian banlieue through the lens of Scorsese; in My Sex Life…, Desplechin filters his narcissistic Parisian intellectuals through Joyce; and in Will It Snow for Christmas?, Veysset juxtaposes patriarchal exploitation with fairytale.

With hindsight, both the accent on the personal and the political in the new French realism have blossomed into major trends in the 21st century. The continued surge in women’s filmmaking in particular has been astonishing. Female directors of the Young French Cinema generation, such as Breillat, Valeria Bruni Tedeschi, Dominique Cabrera, Anne Fontaine, Nicole Garcia, Tonie Marshall, Laetitia Masson and Brigitte Roüan, are all still working, opening the door for Céline Sciamma, Agnès Jaoui, Rebecca Zlotowski and others. In films by women, but not only, the combination of sexual explicitness and violence paved the way for the ‘new French extremism’, or cinéma du corps (cinema of the body), from Breillat’s Romance (1999) and Virginie Despentes’s Baise-moi (2000) to Julia Ducournau’s Raw (2016).

The new realism also fed into the proliferation of documentaries, such as Agnès Varda’s The Gleaners and I (2000) and Nicolas Philibert’s Etre et avoir (2002), and to socially conscious but more classically made films such as Jacques Audiard’s A Prophet (2009) and Stéphane Brizé’s The Measure of a Man (2015). The success of Savage Nights, Xavier Beauvois’s Don’t Forget You Are Going to Die (1995), Wild Reeds and Olivier Ducastel and Jacques Martineau’s Drôle de Félix (1999), meanwhile, led to a significant French queer cinema.

Recently, there’s been a trend for films, such as Mia Hansen-Løve’s Eden (2014), that mine the 1990s for historical background. Lying behind them is a nostalgia for ‘the best of times and the worst of times’. The latter was the Aids crisis, rarely explicitly touched on by the French films of the 1990s, with the exception of Savage Nights; but 20 years later Robin Campillo’s 120 BPM (2017) and Christophe Honoré’s Sorry Angel (2018) have returned to the topic.

But in other ways, it was the best of times for French filmmakers. Ultimately, the 1990s still shines brightly because it was the last real golden era for French cinema – an age when films were not in competition with longform TV series, when cinemas were not threatened by electronic devices; a time when French cinema felt thrillingly alive and vital.

Related to After Pialat: the young realists of 1990s French cinema