This handsome son of the Kapoor dynasty had a long, distinguished career, including many films with director Yash Chopra and actor Amitabh Bachchan as well as starring roles for Merchant Ivory. 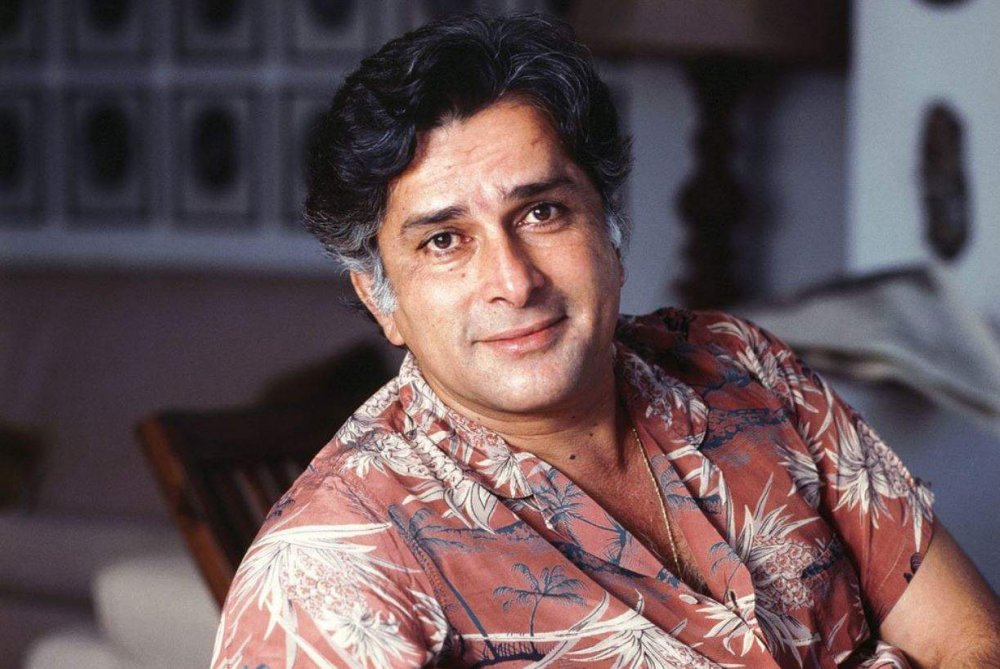 Shashi Kapoor (born Balbir Raj Kapoor in 1938) was one of India’s few crossover actors, famous for his work in mainstream Hindi cinema as well as in Western art films. His many honours and awards included the Padma Bhushan (2011) and the Dadasaheb Phalke Award (2014).

Shashi was born into the remarkable dynasty of the Kapoors, his father Prithviraj starring in India’s first talkie, Alam Ara (1931). His oldest brother Raj shaped the form of Hindi cinema as director-producer-star, while his other brother Shammi was India’s Elvis Presley, famed for his exuberant and flamboyant dancing style.

Shashi grew up in the world of film and theatre. The Kapoor family had lived in Peshawar, now in Pakistan, but had travelled to Mumbai and Kolkata where Prithviraj worked. Shashi had an easy cosmopolitanism like the rest of his family and was familiar with India’s Islamicate cultures, Urdu language and poetry, as well as with modern India and was educated in English.

Shashi was usually held to be one of India’s most handsome film stars, and proved especially popular with educated women. His expressive eyes and long curling lashes gave an almost feminine softness, while his crooked grin with a hint of goofiness endeared him to all. Tall, slim, sophisticated, speaking flawless educated English, he always brought an element of genuine class even to the cheesiest of Hindi movies.

Raj Kapoor used Shashi to play his younger self in Aag (1948) and Awaara (1951), then gave him one major role as an adult, Satyam Shivam Sundaram (1978). Shashi acted in more than a hundred Hindi films, such that his brother Raj dubbed him ‘taxi’ – as he was always on the way to a film, being hailed by producers. 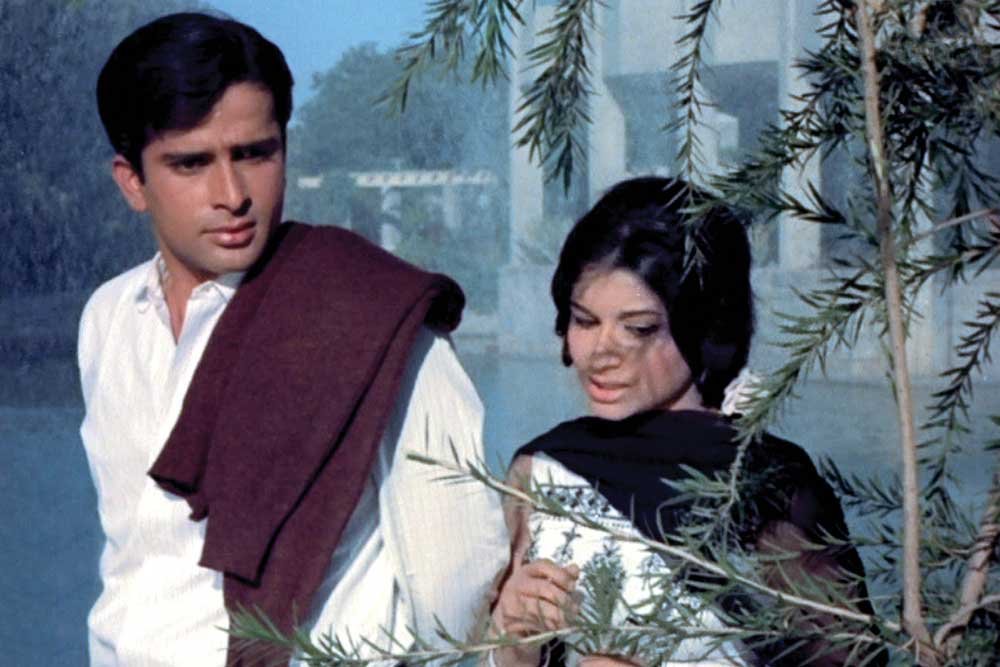 Many of Shashi’s most acclaimed films were with the great Yash Chopra, including a film about Hindu-Muslim violence during the Partition, Dharamputra (1961). It did not fare well at the box office but is now regarded as a seminal film by historians and scholars. Their next film together, the multi-starrer Waqt (1965), is often interpreted an allegory of Partition, in which Shashi plays the youngest son of a divided family.

Kapoor acted in many films along with superstar Amitabh Bachchan, his personal friend. He was far from overwhelmed by this megastar, providing a counterbalance to the latter’s persona of an angry, tortured man seeking vengeance or unable to live with himself. Kapoor played the emotionally intelligent, pragmatic and cheerful man who refused to be a prisoner of the past but enjoys the present, living with optimism for the future.

The pair acted in five films together with Chopra. In Deewaar (1975), Vijay (Bachchan), who has become a gangster, declaims a fiercely passionate speech to Ravi (Kapoor), his younger brother, now a policeman. He asks his brother what he has to show for himself, while he has a car, a house, bank balance and so on. Ravi replies with the deadly one-liner: “I have Mum.”

In the multigenerational love story Kabhi Kabhie (1976), Pooja loves the poet Amit (Bachchan) but her parents have arranged her marriage. Vijay (Kapoor) is the groom, who undresses her slowly on the wedding night as she tearfully sings one of Amit’s poems from the book Vijay gives her. She soon falls in love with her husband, and when Vijay realises that she and Amit once had an affair, he laughs is off as part of her past which didn’t belong to him, while Amit spends his life brooding.

This dynamic opposition is seen in their other films with Chopra: Trishul (1978), where they play step-brothers; Kaala Patthar (1979); and 1981’s Silsila, where they play brothers. While Bachchan captured the national imagination as this vengeful but romantic character, Kapoor was the ideal husband.

Despite his disdain for the song-and-dance sequences essential to Hindi films, some memorable ones were ‘picturised’ on Kapoor, who performed them with conviction. My favourite musical role of his is the boatman paddling through beautiful Kashmir scenery singing “Pardesiyon se na ankhiyan milana” (Don’t fall in love with an outsider) in Jab Jab Phool Khile (1965).

In New Delhi Times (1986), he played an investigative reporter, exposing corruption in politics and the media. The film was controversial but won many National Awards, including Best Actor for Kapoor. 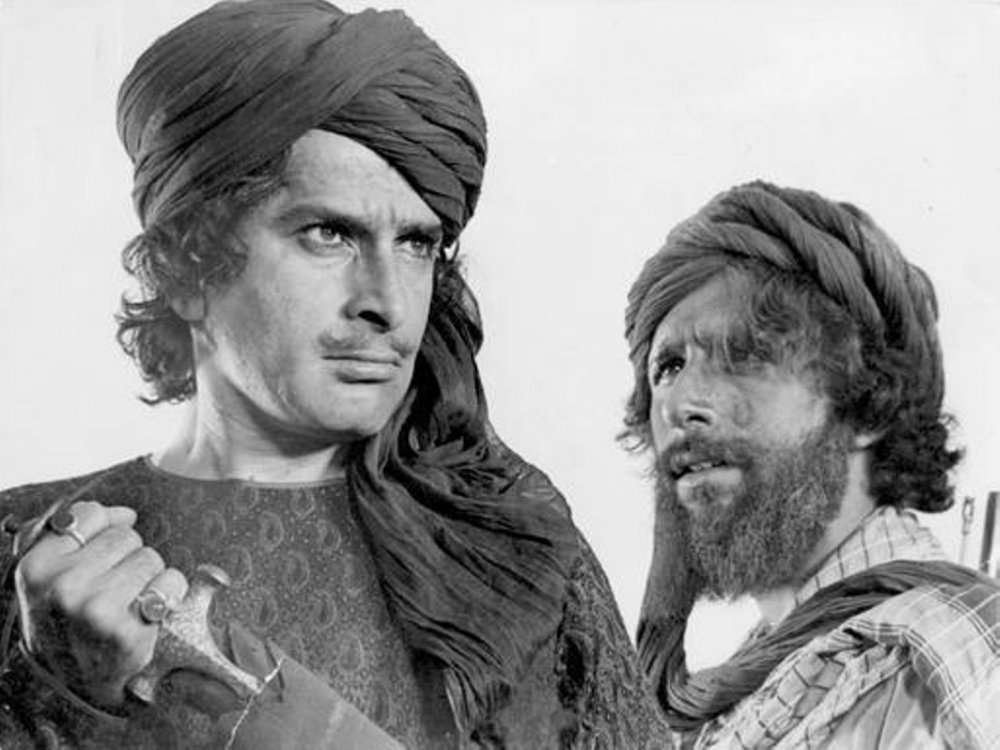 Outside India, Kapoor was best known for his English-language films with Merchant Ivory – collaborations between Ismail Merchant, James Ivory and Ruth Prawer Jhabvala which became bywords for an upper middlebrow cinema. He and Leela Naidu were a beautiful couple in The Householder (1963), struggling to find love in an atmosphere vitiated by his mother’s bullying of her daughter-in-law. In Shakespeare Wallah (1965) he is an actor torn between a Hindi film actress (Madhur Jaffrey) and an English Shakespearean actress (Felicity Kendal), a play as much about the fading of English theatre and the rise of the movie industry in contemporary India.

Kapoor plays a Hindi film star in Bombay Talkie (1970), embroiled in a romance with Jennifer Kendal. Kapoor embodies an Orientalist fantasy in Heat and Dust (1983) as a dashing prince who falls in love with a British woman (Greta Scacchi) in colonial India. Kapoor’s performance as the decadent poet Nur in In custody (1994), based on Anita Desai’s novel, showed his great skill at playing an ambivalent character who represents the retreat of Urdu and its refined culture in the new India.

Kapoor’s other international roles included Siddhartha (1972), based on Hermann Hesse’s novel. He acts as the Recording Angel in the biopic Jinnah (Jamil Dehlavi, 1998), deciding whether Jinnah should go to Heaven or Hell after his death. Shashi also played a Pakistani politician in Stephen Frears’ London-centric Sammy and Rosie Get Laid (1987).

Shashi married Jennifer Kendal, who acted in many Indian films including Satyajit Ray’s Home and the World (Ghare Baire, 1984). Kendal was from a renowned British acting family, including her father Geoffrey Kendal and her sister Felicity. Famously unpretentious, Kendal brought up their three children as normally as possible. The children all found their place away from cinema, with their daughter Sanjana keeping the legacy of her grandfather’s Prithvi Theatres alive.