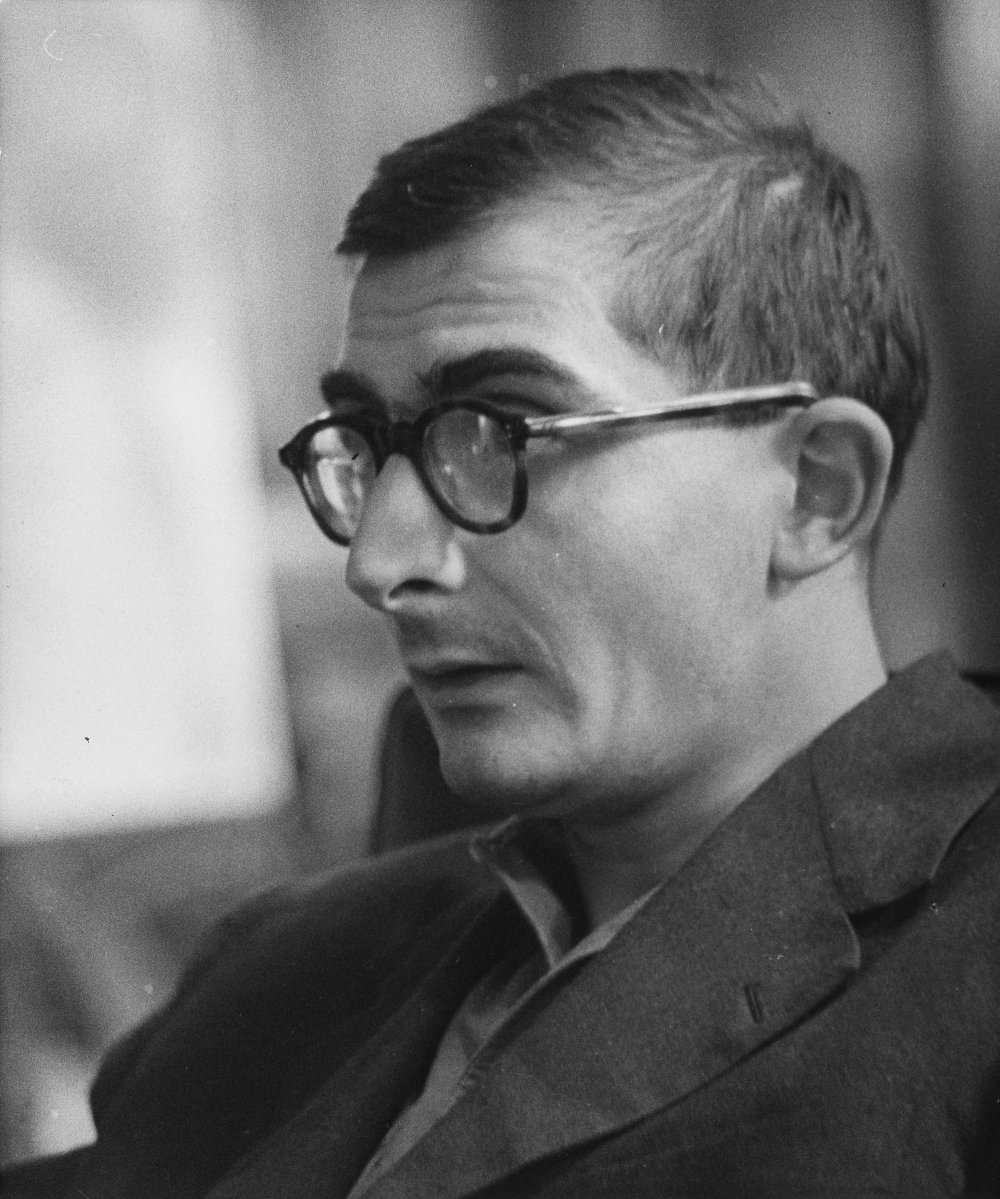 The film-maker Claude Chabrol, who died on Sunday 12 September, can truly lay claim to being a pioneer of the French New Wave. Last year, several anniversary celebrations of the nouvelle vague took the release of his first feature film Le Beau Serge on 11 February 1959 (closely followed by Les Cousins on 11 March 1959) as the ‘official’ launch of the movement that would transform post-war cinema.

A renowned gourmet and bon vivant, jovial and self-mocking, Chabrol was the sunny face of the Young Turks who emerged from the stables of Cahiers du cinéma – as opposed to bookish Rohmer and Rivette, tortured Truffaut and rebarbative Godard. Yet he pursued, through a hugely prolific career (71 films in 50 years), an incisive and at times vitriolic portrait of the French bourgeoisie. As the French daily Libération put it, with his demise, “France has lost its mirror”. President Sarkozy praised him as a modern Balzac – even if the image that the mirror sent back was not entirely flattering.

The son of a chemist, Chabrol emerged from the very bourgeois milieu he so derided (he notoriously used his first wife’s inheritance to finance Le Beau Serge). He studied law and worked as a press attache for Fox in Paris, but like his Cahiers friends, his cinephilia led him to film-making. As a critic, he was part of that band who railed against the French “cinéma de papa” and loved American films, and was truly one of the first to take Hitchcock seriously in his 1957 book Hitchcock: The First Forty-Four Films, co-written with Eric Rohmer.

The Hitchcockian heritage would prove seminal, as he went on to make a trail of successful thrillers. But he would first make his mark by defining what we understand by the term New Wave with Le Beau Serge and Les Cousins and Les Bonnes Femmes (1960). These were independent, small-budget productions shot in black and white on location with relatively unknown actors – although his preferred players would in turn become central to New Wave stardom: Jean-Claude Brialy, Gérard Blain, Bernadette Lafont and Stéphane Audran, the latter doubling as his leading actress and wife from 1964 to 1980. 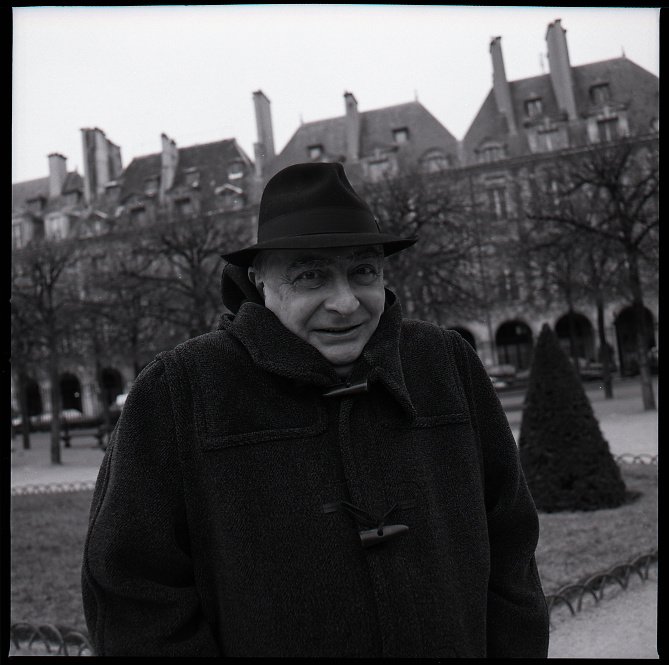 While his New Wave peers made films that were intrinsically romantic (Truffaut), classically analytical (Rohmer) or self-consciously modernist (Godard, Rivette, Resnais, Varda), Chabrol’s specificity emerged from these early films as a combination of social derision and black humour; his was an almost ‘scientific’ examination of characters who he was not afraid to make unsympathetic. The critical jury is still out about whether the cynicism of the Parisian cousin (Brialy) in Les Cousins is just the nature of the character or the position of the film-maker, or whether the vacuousness of the women in Les Bonnes Femmes should be seen as sociological observation or misogynist portrayal. What is undeniable in each of these films, though, is the novelty and freshness of Chabrol’s study of his chosen milieux of disaffected youth.

For Chabrol, as for his fellow cineastes, the transition to the post-New Wave period was not untroubled. From the start, accusations of ‘amateurism’ had been leveled at the film-makers by hostile parties (Chabrol’s 1959 parody thriller A double tour was a particular target). Chabrol’s response was to go mainstream and make a rapid variety of films (he managed more than one film a year) in different genres, including comedies, thrillers, war films, political thrillers, dramas, biopics, heritage films and documentaries. 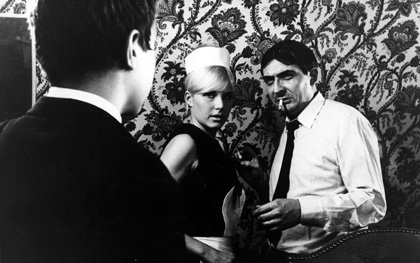 Another career thread was Chabrol’s ongoing collaborations with actresses – first Audran, then, starting with Violette Nozière (1978), Isabelle Huppert, stunning as the eponymous heroine (based on a real-life case) who kills her father and tries to kill her mother. The combination of Chabrol’s sardonic gaze and Huppert’s glacial insolence worked wonders, and their subsequent films together include some of each’s best: Une affaire de femmes (1988), Madame Bovary (1991), La Cérémonie (1995, adapted from Ruth Rendell’s A Judgement in Stone) and L’Ivresse du pouvoir (2005).

Chabrol was notoriously difficult to pin down politically – as a young law student he was close to Jean-Marie Le Pen, but in interviews he was also prone to calling himself a ‘communist’. His films show delight in mocking both the establishment and those who would undermine it (as in Nada), and several explore the ambiguity and compromise of the German occupation: La Ligne de demarcation (1966), Une affaire de femmes, L’Oeil de Vichy (1993).

Equally, the variety of his films makes it difficult to pinpoint a single Chabrolian style. Yet he showed that it was possible to rejuvenate French cinema while remaining accessible. The Young Turk became one of the papas of French cinema, but always a mischievous one. It was suitable, then, that his last job of film was as an actor (one of his many regular side activities), providing a funny cameo in Gainsbourg as a leering record producer about to release ‘Je t’aime, moi non plus’. Chabrol’s work was as caustic as it was enjoyable. As his contemporary Claude Lelouch observed, “He represented both a revolution and tradition.”