The absurdist visions and quietly confrontational ritualist movies of this unique filmmaker are a testament to his irreverent, defiant creativity. 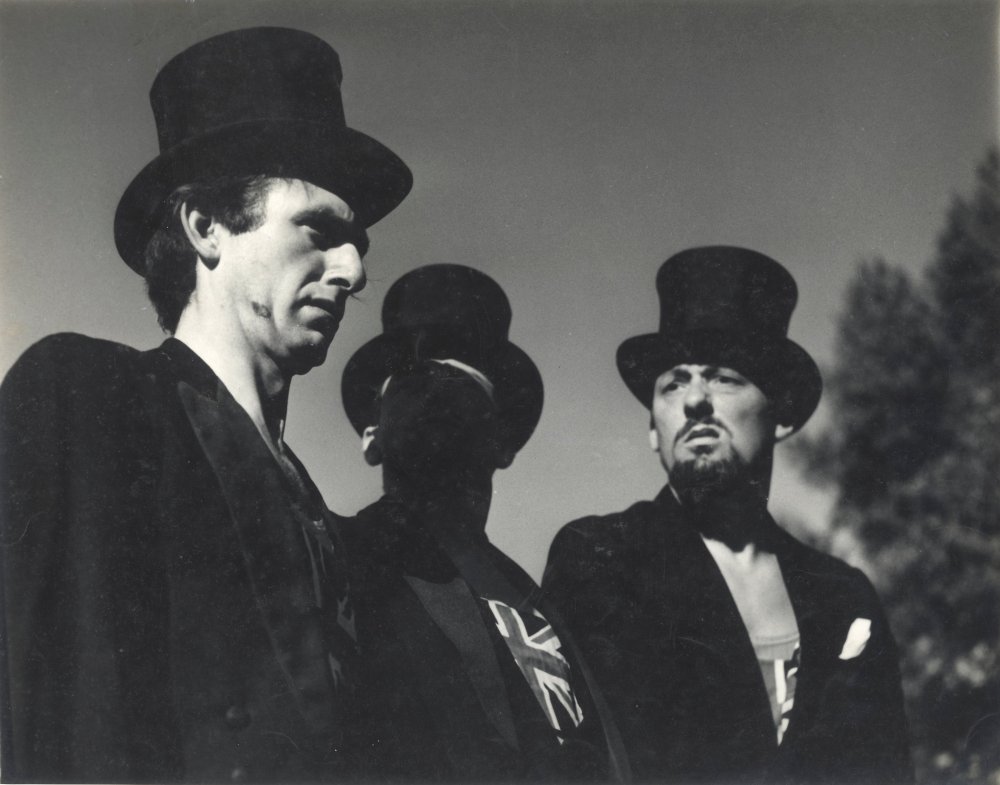 It’s easy, when thinking about Bruce Lacey’s life, art and films, to draw attention to his collaborators and famous friends, as if he were a Zelig man hovering in the background of the 20th century. Certainly he impressed his unique, absurdist vision on to many different art forms and contexts, cropping up as, say, Paul McCartney’s gardener in Help! (1965). And having Ken Russell make a documentary about him, Preservation Man, for the BBC’s Monitor series in 1962. But the names and highlights only say so much.

Lacey himself was no namedropper – he got a little upset with me when I said that his early absurdist, independent, anti-war film Everybody’s Nobody (1960) was “Goonish”, given that he had appeared with friends Spike Milligan and Peter Sellers in The Running Jumping & Standing Still Film (1960) – but he did like to tell and retell stories, and to be fair he had developed his own absurdist performance art practice at the Royal College of Art in the mid-50s. They weren’t so much anecdotes but ritualised accounts, told for their own sake.

Rituals and repetition were important, and they became starting points for several films and art actions. He made his name performing with the Alberts and presenting An Evening of British Rubbish at Peter Cook’s Establishment Club, and later moved into an art career making strange automata and robots, exhibiting at new, hip London art galleries. 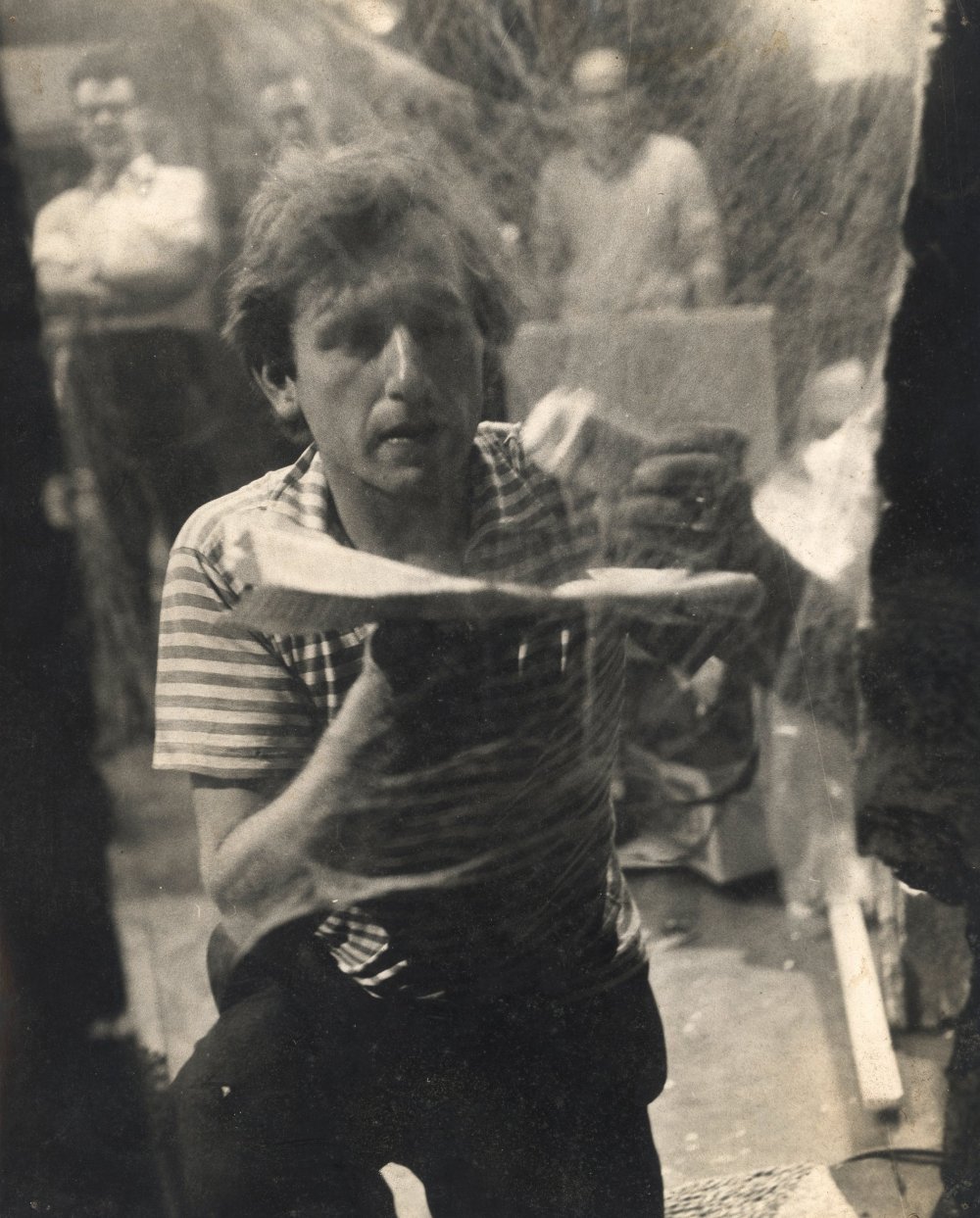 Ritual itself gradually took centre stage as he combined performance art with filmmaking and in 1973 he highlighted the routine actions that he, his wife and family went through every day in the 16mm experimental documentary The Lacey Rituals. The proto-video diary was intended in part to instruct an imaginary Martian audience how to do mundane domestic chores. It was a typical act of wilful Lacey absurdity and defiance to turn what might have been a traditional arts documentary – about him! – into a film about making toast, going to the toilet and having a bath. He also included all the off-cuts and mistakes into the film, plus the clapperboards, turning it furthermore into a document of its own making, and something of an unexpected masterpiece.

Lacey would demonstrate how he went to the toilet when he went on lecture tours and showed films at art schools around the country, an important though not often remarked upon part of his practice. He profoundly disliked school and appeared to see his moments there as interventions in the process, trying to de-programme students (he once encouraged a painter to go rock climbing). The Lacey family also made interactive sci-fi happenings (Journey Through a Dark Hole to a Coloured Planet) and an adventure playground (The Incredible Whatsit Machine) in the 1970s for children to cavort and perform in as a kind of learning alternative.

Ritual would also become part of the later phase of his life when he performed at and made natural material-only sculptors at New Age Fairs in his new home of East Anglia. The desire to capture and document performances and ritual actions remained and he shot a lot of material on Super 8, reflecting on landscape and stone circles and other Neolithic monuments as important ritual sites, offering a form parallel to the pagan art practice of Derek Jarman, with whom he shared friends. 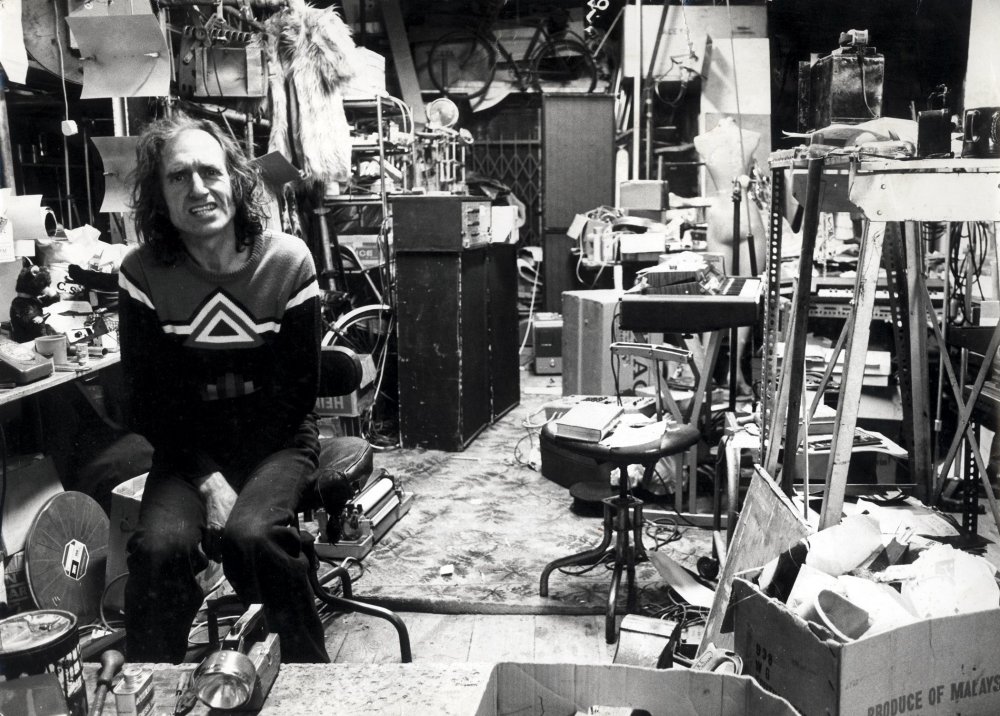 Many didn’t know how to take his quietly confrontational art but he was most assuredly visible, having a solo show at the Whitechapel Gallery in 1975 and often appearing on TV. It was as though he wanted to confront people with everyday life. It might have been an unusual version of class consciousness – or perhaps a manifestation of an appetite for life after nearly being bombed in World War II, and later contracting tuberculosis. But theorising and interpretation were not things on which he was keen; hence the actions, the performance art, the filmmaking. And he made films at Hornsey School of Art (Head in Shadow) in 1951 and at the Royal College of Art (Agib and Agab) in 1953, both of which won awards within the energised and proactive amateur filmmaking community and toured the country, making him one of the very first post-war artist filmmakers in the UK.

He later made films with his second wife Jill Bruce, who had a strong collaborative influence on his practice, and indeed they exhibited and worked together for several years. Kissing Film (1967) and How to Have a Bath (1971) were shown in the basement of Better Books and were part of the extended 1960s underground scene. In between he made the aforementioned Everybody’s Nobody about a M.A.N. – a mobile absurd non-entity – with close friend John Sewell, a celebrated graphic designer.

Lacey was one of those artists and filmmakers who seemed to live about six lives. A version of the whole thing was writ large when in 2012 Jeremy Deller and Nick Abrahams made The Bruce Lacey Experience and Lacey had a solo show, with films and all manner of materials presented, at the Camden Arts Centre. Quiet, figurative and dark in tone, paintings featured alongside astronaut outfits, performance posters and R.O.S.A. B.O.S.O.M., a robot made by Lacey from army surplus electronics. It was all hugely popular.

Experimental film has a long and vibrant history in the UK, with a powerful sense of community and tradition attached to it. Nearly a year since Lacey died in February 2016, he still seems to stand apart from that scene, unclaimed. He has occasionally featured in historical surveys, but not usually in the history books. While he was always a refusenik and fiercely independent, resisting any notion of being influenced by another artist or filmmaker, he was also perhaps more allied to music hall and the idea of the show and showmanship, reinventing it in multiple different contexts. His desire to do therapy on himself through the processes of performance and art making does link up with the leftfield activities of Andrew Kötting.

I visited him many times when the BFI restored several of his 16mm films and released a DVD, and I thought he was brilliant. To be more evocative, Nick Abrahams, co-director of The Bruce Lacey Experience, said he was like Dr Dee “re-imagined by the Goons”. But whether Lacey would like that, I’m not sure, what with its comparison to other artists. He is a missed figure and was and is a powerful advert for self-exploration, creative community action and visionary journeys.