Portrait of some ladies on fire: the inaugural Women Under the Influence Goes IdyllWILD festival

Now the home of a film festival run by and for women, California’s Idyllwild is no longer just a town with a golden retriever for its mayor. 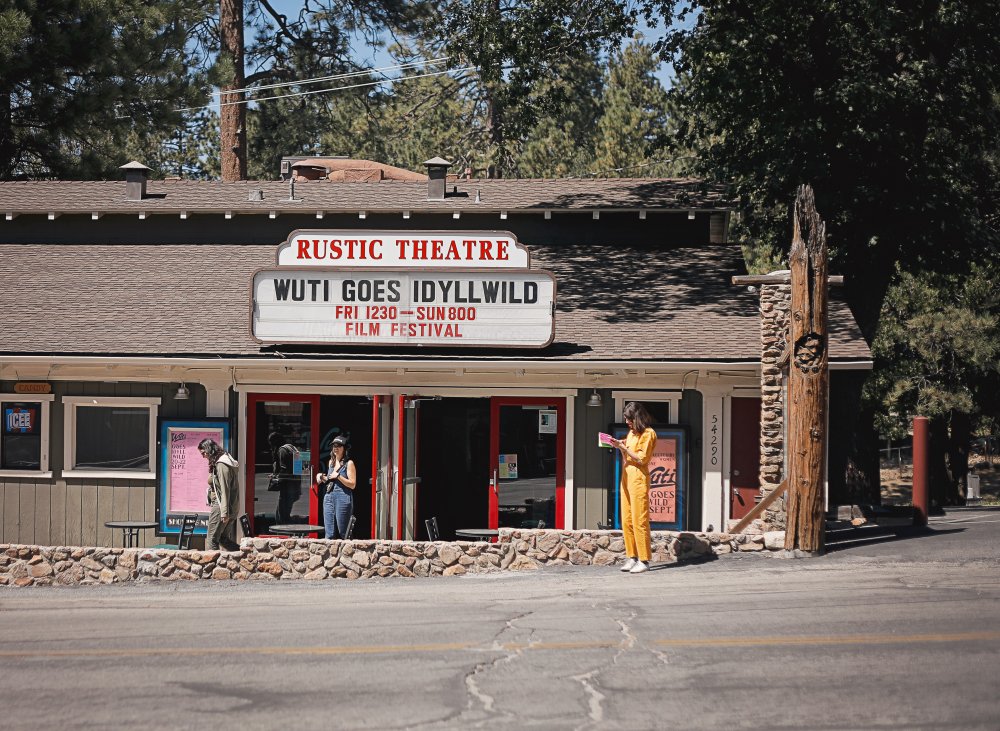 Idyllwild is a strange and wonderful place. A two-and-a-half hour drive from Los Angeles, the small town is accessed via dusty deserts and switchback roads, nestled high in the pine-studded mountains behind Palm Springs. It’s home to religious sects and a 205-acre arts academy, and for the past seven years local residents have voted in a golden retriever as mayor. Kind of incredible, right? The small LA-based team behind Women Under the Influence – a film community taking its name from John Cassavetes’s 1974 classic – certainly thought so, scoping it out as the perfect location for their first ever festival. 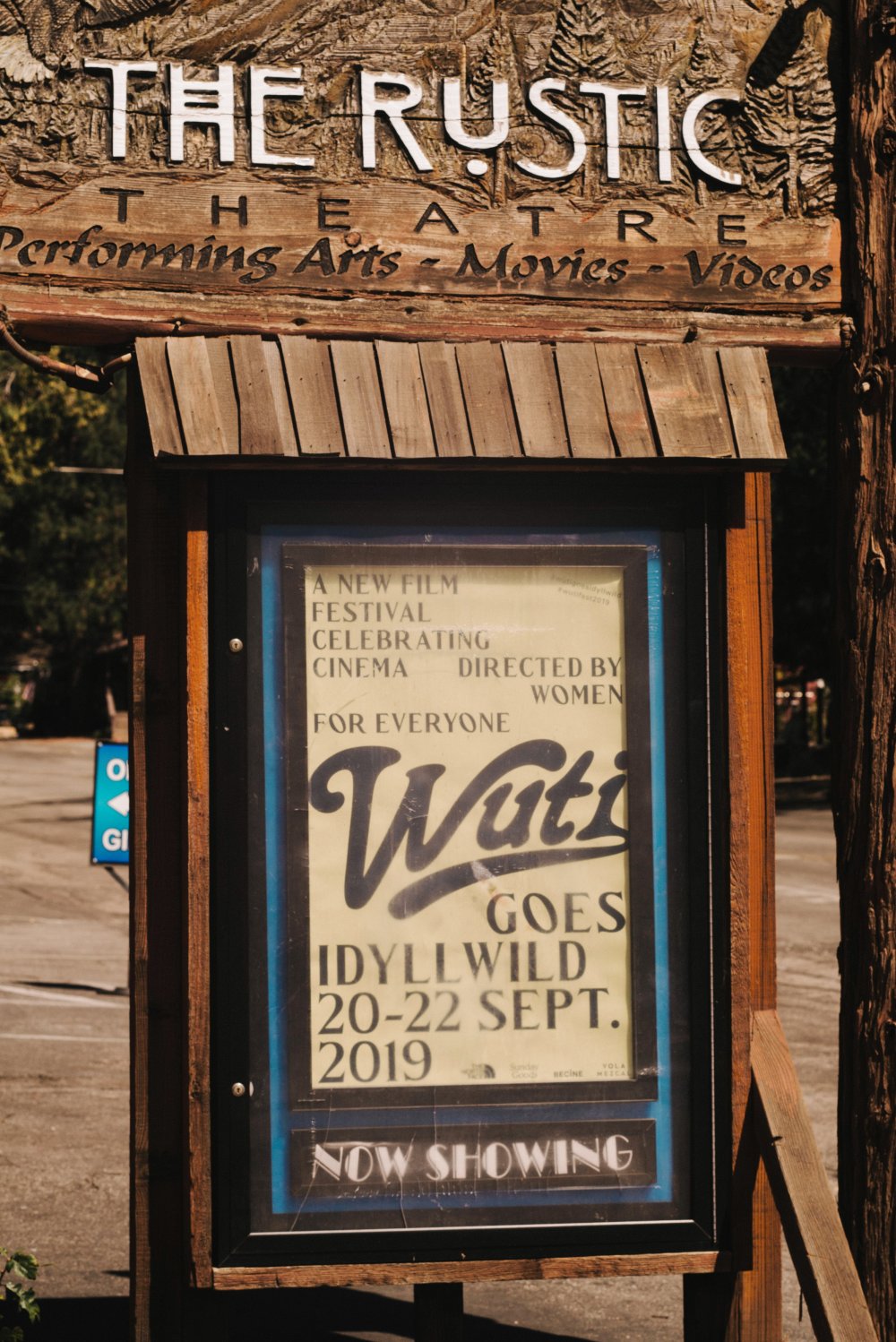 WUTI goes IdyllWILD ran 20-22 September 2019 at Idyllwild, California, and will return in September 2020.

Founded in 2015 by British expat Tabitha Denholm, a director who was formerly art director for Florence + the Machine, WUTI has spent the past few years celebrating female filmmakers via one-off screenings and panels, even hosting a stage at the Port Eliot festival back in the UK. But Women Under the Influence Goes IdyllWILD in September was its biggest undertaking yet, an attempt to kill off the unconscious bias Denholm and other women in film face daily. “The legacy of women in everything is always about competition. We want to change that. We want to put the pieces of the jigsaw back together,” she explains, sitting outside Idyllwild’s quaint Town Hall following a discussion with documentary director Barbara Kopple (Harlan County U.S.A., 1976), who as well as reflecting on her 40-year career was showing her film New Homeland (2018), which chronicles the experiences of Syrian and Iraqi refugee children in Canada.

“We wanted it to be more like a music festival, so it’s not submissions-based; it’s curated to encompass a really broad range of films and experiences: funny, moving, historical… There’s slasher movies and then there’s Wayne’s World!” 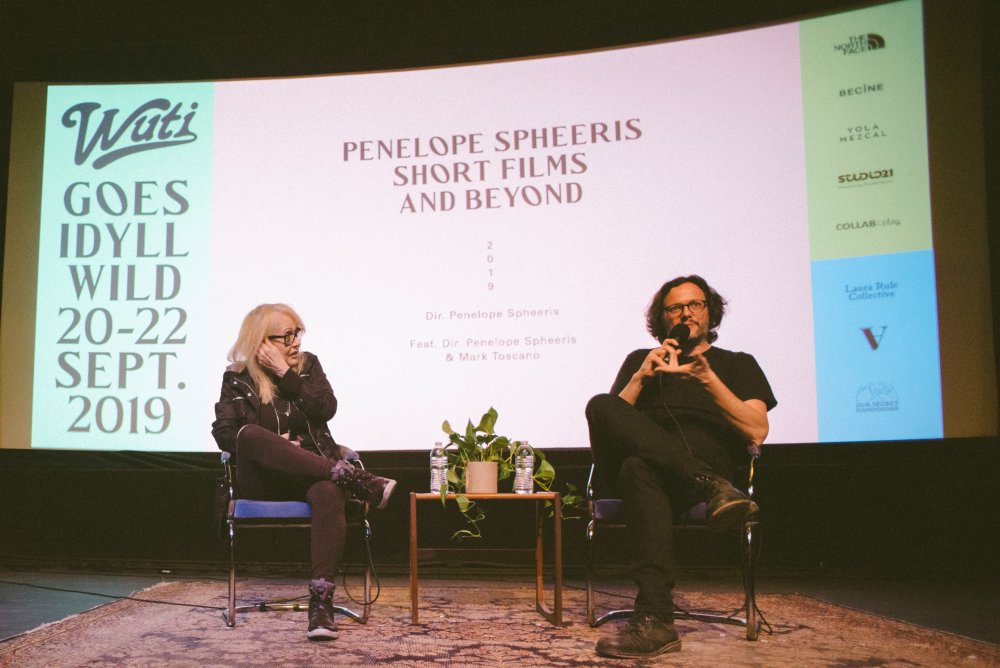 This Wayne’s World screening, in the back of an Italian restaurant, was hosted by its director, Penelope Spheeris. “It was hilarious,” says Denholm, who programmed the festival, bypassing agents and contacting talent through social media to pull in some heavy-hitting guests. “Penelope was the first person to say yes. She’s the most fun person, with no ego whatsoever.”

Also on the guest list were Karen O of the indie band Yeah Yeah Yeahs, a former New York University film student, who spoke about writing music for Spike Jonze’s Where the Wild Things Are (2009); the actor Alia Shawkat, who implored the packed crowd never to get stoned before shooting a scene; the artist Alex Prager, who hosted her short Play the Wind, starring Riley Keough; an inspirational Q&A with actor Nana Ghana at a screening of her first documentary feature LA Woman Rising; and a sprawling chat with Viva Hoffmann, Warhol muse and star of Agnès Varda’s 1969 Lions Love (… and Lies). 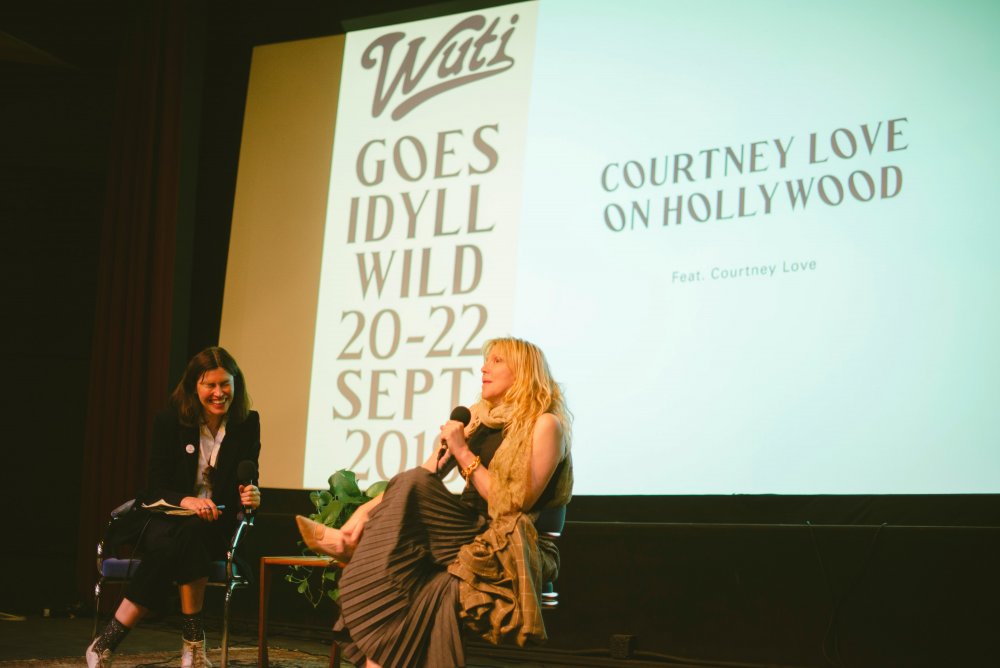 To end the three-day event, Courtney Love delivered a brilliant 45-minute monologue on her life in the movie industry. “Hollywood’s like the boyfriend you go back to over and over again,” she wisecracked, taking in everything from getting in trouble for calling out Harvey Weinstein years ago (“We knew about him in ’96”), being scared of Sharon Stone (“in a good way!”) and “putting movie star energy into rock ’n’ roll”.

“Having Auntie Courtney come up is such a trip,” says Denholm, beaming. “Our dream was to have these wild groups of people but also 15-year-old filmmakers, as well as a lot of women who haven’t had the recognition they deserve, like the ladies from the L.A. Rebellion [a group of African-American filmmakers who studied at UCLA Film School in the 1970s and 80s].” 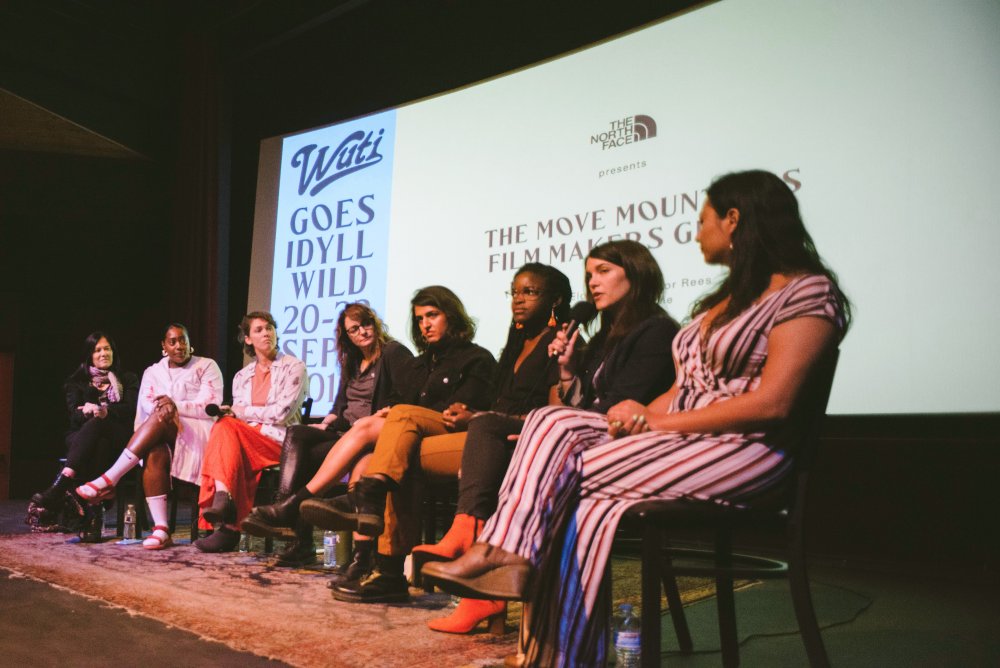 As befits an event based on a music festival, the after-parties were a big deal, the opening launch taking over the local American Legion club with mezcal cocktails and a guest appearance by Max, the town’s most important dog. “It just went off!” Denholm says, laughing. “[US lo-fi singer-songwriter] Ariel Pink did a duet with Max the Mayor. That was interesting…”

Now all that remains is the planning for next year’s festival, which Denholm says will be bigger and even better, with satellite events in locations as far afield as Mexico City, Detroit and Lebanon. “That’s how we really want it to evolve,” she says. “Film is such a communal experience, but often you share this emotional thing and then you dissipate straight away. To create an event where you get to talk about it and feel it together afterwards is what this is all about.”

See all our coverage of female filmmaking

Related to Portrait of some ladies on fire: the inaugural Women Under the Influence Goes IdyllWILD festival