At the Estonian festival, a strand devoted to cinema from the centenarian nations that emerged after the First World War revealed some refreshingly modern and absurd films, including many that were once banned. 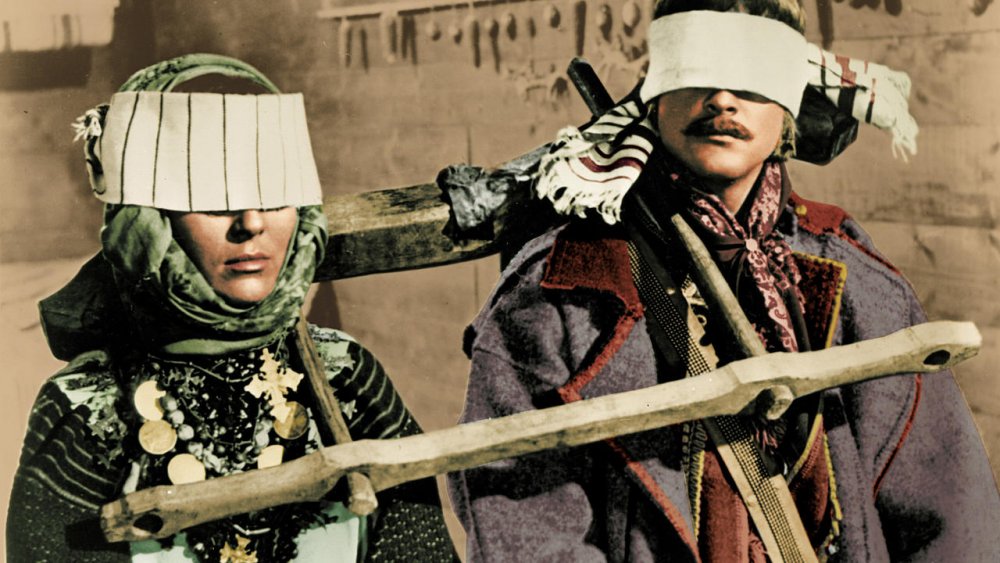 Anniversaries calibrate the passage of time. This year, like every recent year, saw in another Tallinn Black Nights Film Festival – the 22nd, in fact, as is evident even from a cursory glance at the official print programme or website, where the festival’s Estonian acronym PÖFF is followed by the number 22.

Some anniversaries, though, are deemed to have especial significance, and the fact that 2018 marked both the centenary of Estonia’s establishment as an independent state and the 50th anniversary of Kaljo Kiisk’s Madness (Hullumeelsus, 1968), held to be one of the best and most important films made in Estonia, occasioned a special strand for this year’s festival. The In Focus strand on the ‘100-Year-Olds‘ drew together films from 12 countries that were born in the immediate aftermath of the Great War, as Europe’s maps were redrawn, and old empires divided.

“We don’t want to say ‘celebrate’,” insists Eva Näripea, co-ordinator of this strand and director of Estonia’s National Film Archive, whose Tallinn offices where we met had previously served as a military detention centre. “Hungary, for example, doesn’t celebrate 1918. For them 1918 was a tragic year, because they lost a lot of their territory and they suffered great human losses. So we ‘commemorate’ – and for a number of countries in question this was also a short-lived independence, because many of them were forced to fight for their freedom on several occasions throughout the 20th century. So it is a happy occasion but it has a bitter taste too.” 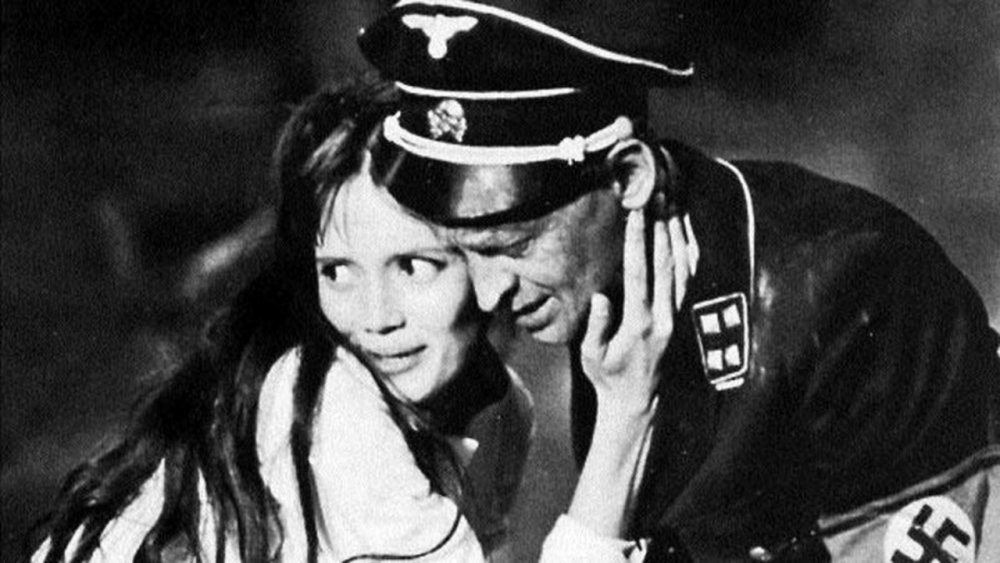 Näripea’s starting point was the birthday film Madness, and accordingly, even if it is the shared centenary of the contributing countries that unifies this strand, specific criteria were applied to the selection of films. Näripea requested “films that would be in dialogue with Madness in one way or another”, sharing with it “a sense of absurdity, a Kafkaesque atmosphere, also a modern mode of expression”. This is why the selected films were all produced in their countries’ mid-life period, ranging from 1958 to 1977, when most of these nations – apart from Austria and Iceland – were under Soviet occupation. Näripea also, for the most part, tried to avoid ‘the usual suspects’ (such as, say, an Andrzej Wajda title from Poland), preferring ‘forgotten’ films “later excluded from the historic narrative”.

More by accident than design, however, there was another theme that sent ripples through many of the selected films, while also picking up on the commemorative aspect of anniversaries: time itself, aided by its trusty assistant memory, which together played all manner of games with history in the programme.

In Madness, as a Gestapo officer (Jüri Järvet) looks for a British spy said to be operating undercover among the inmates of a mental asylum, and gradually loses himself and his own mind in the different rôles he must play in order to flush out his imagined adversary, it becomes clear that Kiisk is using the Nazis’ totalitarian system to mirror the insanity of the Soviet regime in his own time. Here the past folds into the present, assuming the form of allegory. This reading of the film did not escape the Soviet authorities, who promptly suppressed its distribution beyond the Baltic states and Belorussia.

Even in the ‘Kafkaesque’ films selected by Näripea to satirise the labyrinthine mechanisms and bureaucracies of their Soviet present, time plays tricks. Czech director Pavel Jurácek’s short(ish) Joseph Kilián (1963), whose very title evokes the protagonist (Josef K.) of Franz Kafka’s novel The Trial, sets a character on a wild goose chase first to find the absent Comrade Kilián, and then to relocate the shop from which he had rented a cat. However, our hero resists the oppressive system which threatens to engulf him through an unflappable cool, infecting the very form of his film with ironising modernist gestures, reminiscent of the French New Wave, that liberate him from the officious stuffiness of his surroundings. 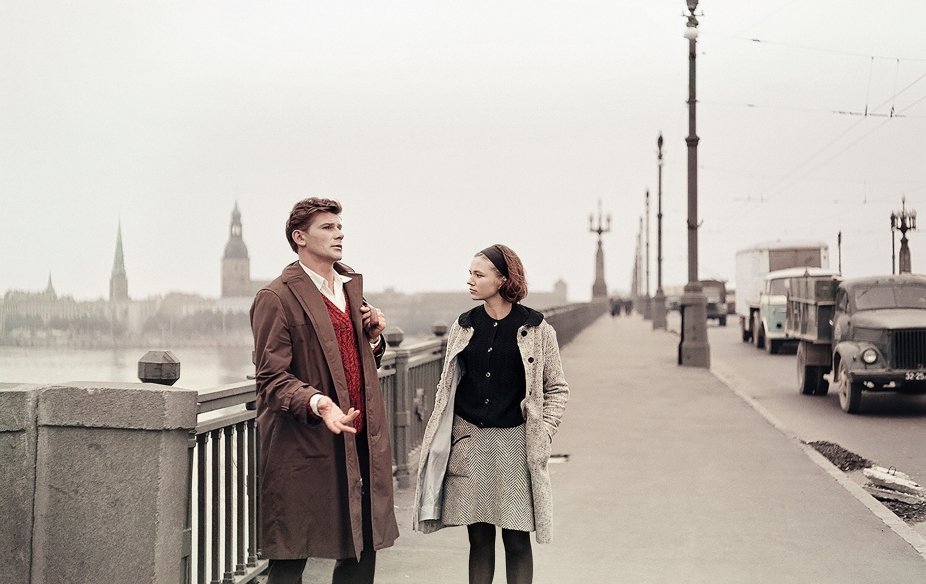 Similar New Wave stylings can also be found in Latvian Roland Kalniņš’s Four White Shirts (Četri Balti Krekli, 1967), in which Kalniņš appears to predict – with considerable accuracy, as it would turn out – the ban on his own film by depicting in it a songwriter (Uldis Pūcītis) who shares the director’s surname and whose figurative lyrics get him in trouble with the prudish, pop-hating authorities, terrified of anything modern or equivocal. Here, in keeping up with trends outside of the Soviet sphere, both Kalniņš are silenced simply for being ahead of their own times in their own place. As Näripea says, “The films that got banned during the Soviet period were definitely the best films.”

In Peter Solan’s Slovakian The Barnabáš Kos Case (Prípad Barnabáš Kos, 1964), barely competent triangle player Kos (Jan Bzduch) is inexplicably promoted to music centre director, despite many protests – the most vociferous coming from Kos himself – that he is not suitable for the rôle. Corrupted by his newfound dominance, Kos rewrites Slovakian historical tradition and reforges its future, reorganising the structure of the orchestra so that the triangle is now improbably at its centre – and the absurdly one-note results satirise the entire Soviet structure by showing what happens when all the power is suddenly given to a very small, barely functioning cog in the (political) machine. 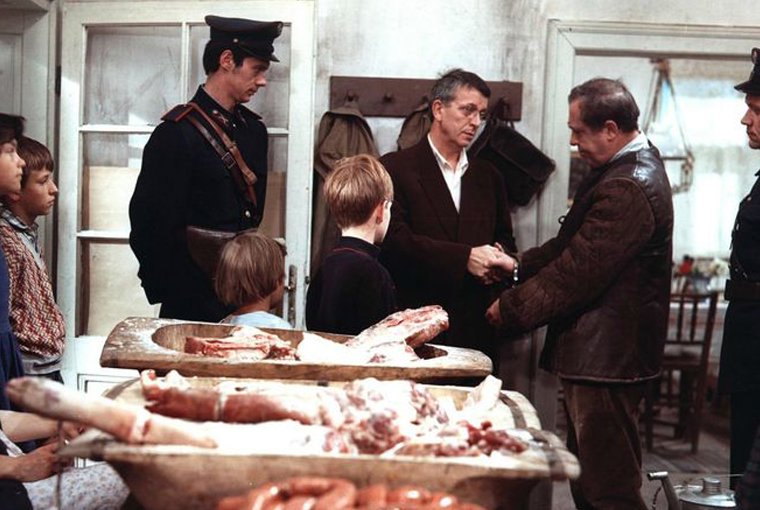 Similarly in Péter Bacsó’s The Witness (A tanú), protagonist József Pelikán (Ferenc Kállai), a humble “dyke keeper and gopher-catcher” who was once a war hero, is improbably promoted to higher and higher office despite his obvious unsuitability for the posts, and then finds himself being groomed as star witness in a show trial against a decent politician friend (Zoltán Fábri) now accused of being “a spy, a traitor, a Fascist police informer”. This even though, during the Second World War, Pelikán had preferred to endure literal torture at the hands of fascists than to betray the location of that same friend, who was a committed fighter in the anti-fascist underground.

“I may be an idiot,” observes Pelikán in a topsy-turvy film that treads a fine line between hilariously funny and utterly depressing, “but everything’s mixed up.” Ending with a quote (from none other than Karl Marx) on the irresistible sweep of history and the joyful abandonment of the past, the film viciously lampoons the way that Hungary’s bumbling Communist rulers have taken over from the Nazis as accusers, oppressors and executors of the most upright in their society.

Of the programmed films, perhaps the best known abroad was Sergei Parajanov’s Shadows of Forgotten Ancestors (Tini zabutykh predkiv, 1964), which takes a (literally) colourful look back at the pre-Soviet culture of the Ukrainian Hutsuls, even as its protagonist Ivan (Ivan Mikolaichuk) himself keeps looking back, haunted by the death of his beloved fiancée Marichka (Larisa Kadochnikova) and unable to move on even after he marries another woman (Tatiana Bestaeva).

Eschewing the social realism that was the dominant mode of his time, Parajanov takes a hallucinatory approach to his ethnological revisionism, and even reverts, when Ivan is at his lowest point of grief, to the monochrome format of an earlier age in cinema history. The film’s dramatisation of the urge, however quixotic and self-destructive, to return to an idealised past also serves as a sly commentary on the very real nationalistic desire of many Soviet Republics to reattain their independent cultures. 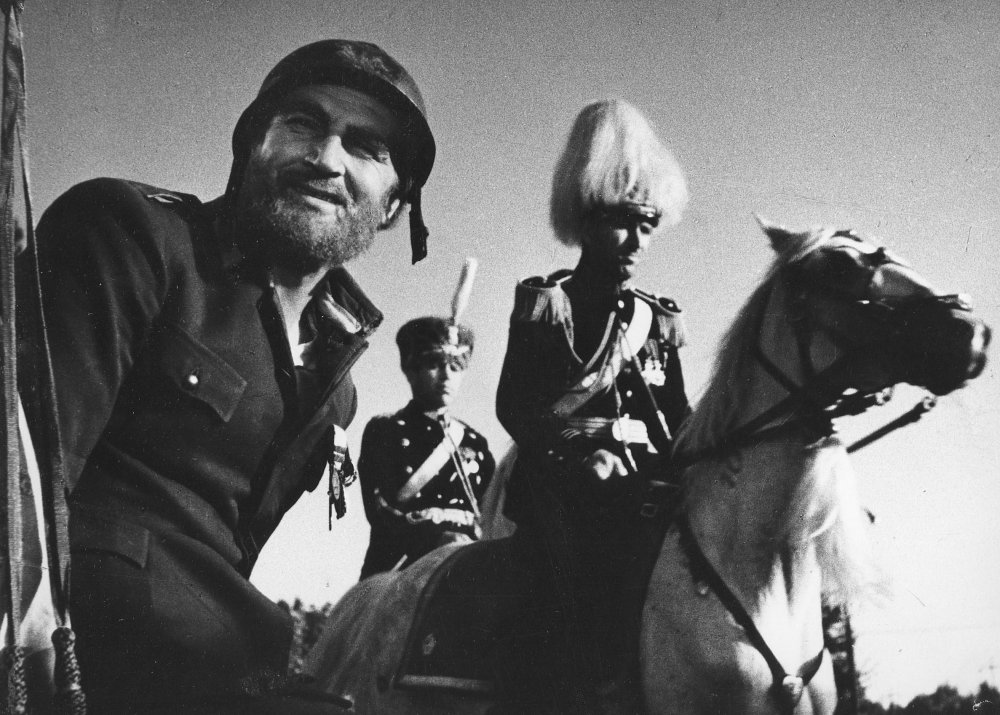 Indeed, several of the films were concerned with the power – and the erasure – of memory. The earliest title in the programme, Iulian Mihu and Manole Marcus’s Romanian Life Does Not Forgive (aka When the Mist Rises; Viața nu iartă, 1958), begins with Stefan fatally injured in the trenches of the Second World War, and then shows his dying memories of his father’s unhappy return from the Great War, and of his own attempts, decades later, to discover what specific incident drove his father mad there. The film’s grimly realised conclusion is that even buried history has a tendency to repeat itself, and that power struggles offer little room for heroism. 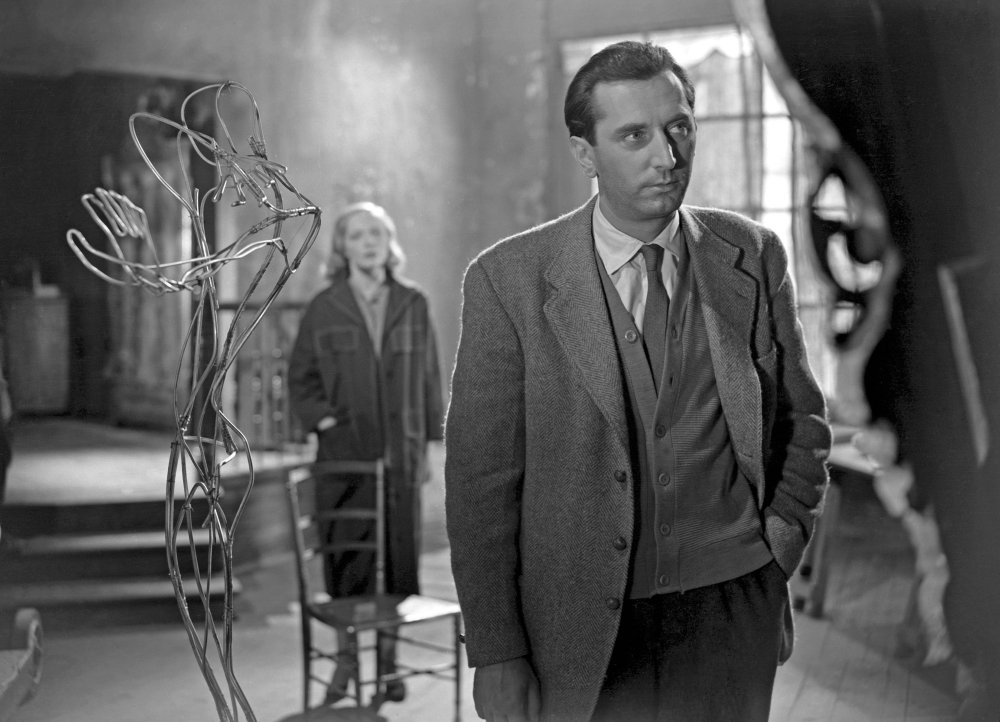 While it is extraordinary to think that Mihu and Marcus’s film, with its elaborately involuted flashback structure and antiwar themes, was actually made before Alain Resnais’s Hiroshima Mon Amour, Wojciech Has’s How To Be Loved (Jak być kochaną) certainly falls under the influence of Resnais’s film, while also offering a feminist rejoinder to Wajda’s War Trilogy.

On a plane trip to Paris, Felicja (Barbara Krafftówna) recalls her wartime relationship with the actor Wiktor Rawiczile (Zbigniew Cybulski), a wanted man whom she had hidden in her apartment for years. A monstrous narcissist and braggart whose dark glasses – unlike those of Maciek, whom Cybulski had also played, in Wajda’s Ashes and Diamonds – are a mere affectation, Rawiczile proves incapable of recognising, let alone of appreciating, the incredible personal sacrifices that Felicja has made to keep him safe. Has’s film illuminates the forgotten part played by women in the Polish resistance. 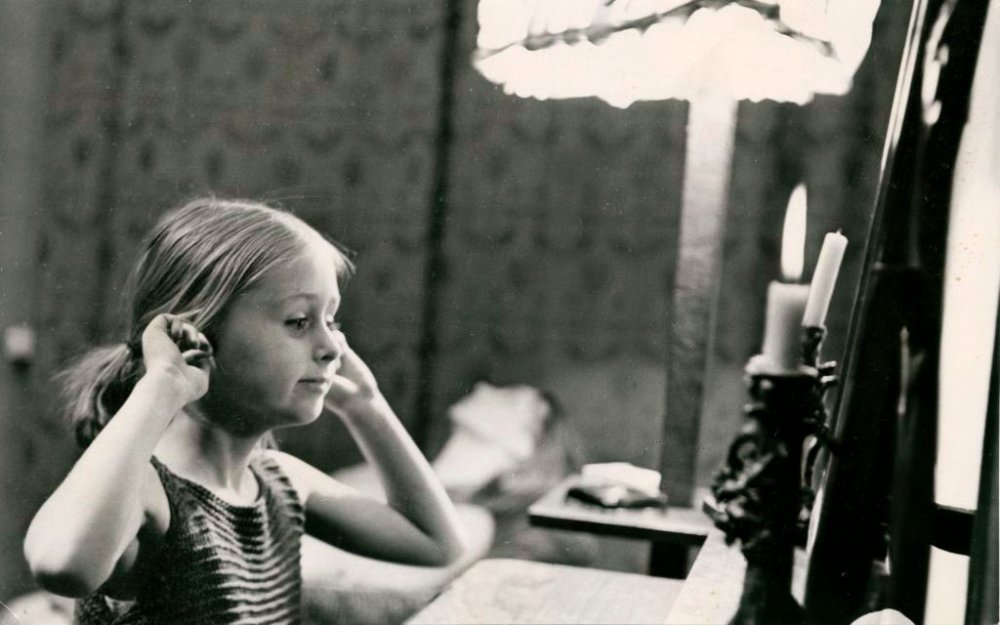 Unusual both because, as Näripea states, it “lacks the ideological markers of Soviet life” and because it features an unmarried mother as one of its main characters, Arūnas Žebriūnas’s Lithuanian The Beauty (Gražuolé) focuses on free-spirited nine-year-old Inga (Inga Mickyte), whose self-confidence is shattered when a new neighbour declares her ugly, opening up her early rite of passage into the adult world of disillusionment that her single mother (Lilija Zadeikyte) already fully occupies.

In a key sequence of this luminous film (Algmantas Mockus’s monochrome cinematography floods the screen with white), another little girl sits besides an aged poet who is watching the demolition of the building where, many decades earlier, he had lived with his parents. The girl expresses incredulity that a man so old could ever have had a mother, even as he bears witness to the literal ruins of his childhood. It is a bittersweet take on the passage of time and the replacement of one generation by the next in a succession of both changes and inevitable iterations, where every little child is an old and jaded adult in the making. 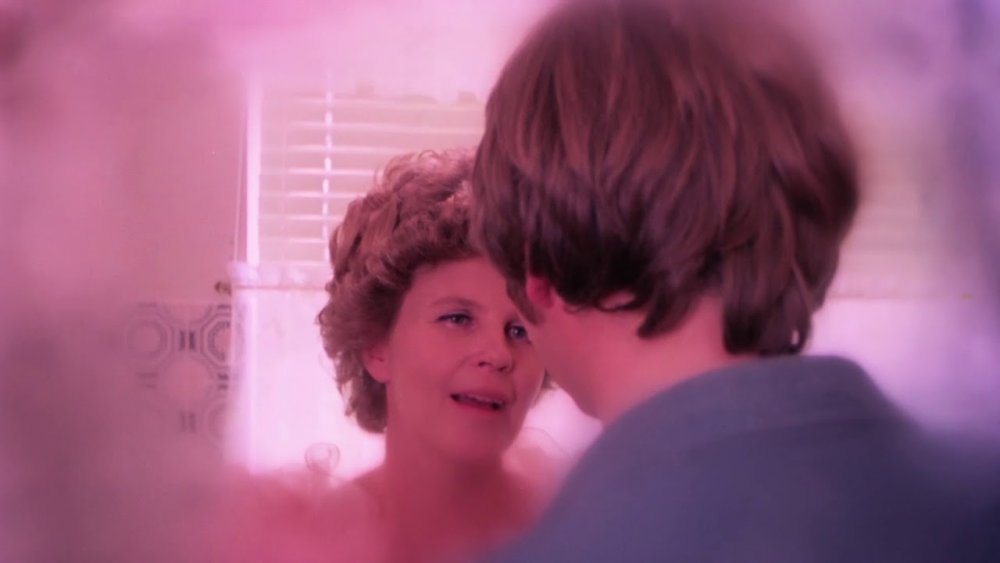 The last-made of the films in this strand, and also probably my favourite, was Reynir Oddsson’s Murder Story (Morðsaga) – in fact the very first film to be produced with an all-Icelandic cast and crew, and also Iceland’s first cult movie.

It is a self-consciously Chabrolian peek through the curtains into the vacuity of Reykjavik’s suburban bourgeoisie, leading inevitably to the murder of the title, but first making us squirm at a patriarch’s bullying sense of entitlement, his lonely wife’s soft-focus fantasies of sex with the washing machine repairman, and an excruciating dinner party that they throw to impress the husband’s potential business partners. This contrasts with another party attended across town by the couple’s teenage daughter, where guitar playing, marijuana and free love mark the changing of the generational guard. Though a perfect time capsule of a particular era and place, Murder Story also points the way to change, and to the possibility of fucking the prevalent patriarchy.

Though it was not part of the 100-Year-Olds strand, I want to highlight one other film from the Black Nights Film Festival. Set in Azerbaijan, written and directed by the German Veit Helmer, and featuring a multinational cast (including Denis Lavant and Paz Vega), The Bra follows unmarried freight train driver Nurlan (Predrag Manojlovic) as he reaches retirement and must face the prospect of a lonely old age. Left with a bra that his last train had swept from a washing line, our slipperless Prince Charming sets off on a door-knocking quest to match the bra to its rightful owner, before finally finding companionship for himself in the most unexpected place.

This absurdist scenario plays out with such breezy wit and wide-eyed charm that it overcomes any potential for creepy sleaze – and the rigorous lack of dialogue engenders a titty Tati for cinematic trainspotters. In Tallinn’s cold black nights, it was a perfect fit.