This venerable festival paid tribute to bygone visionaries and the power of art, reports Ashley Clark. 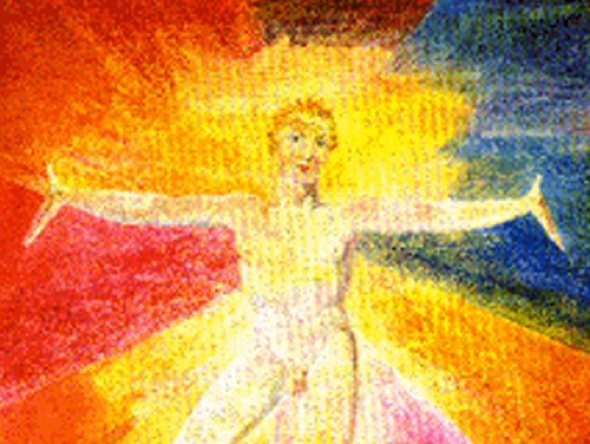 Once I’d got my bearings (I flew into San Francisco from New York’s Tribeca Festival, and in my groggy state discovered how easy it is to walk the city’s long, hill-graced boulevards for a long time unwittingly in the wrong direction), it became clear that the 56th edition of the San Francisco Film Society’s annual jamboree, based in the Fillmore/Japantown district, was marked by a sense of transition. It was the first under the stewardship of newly installed Film Society executive director Ted Hope [homepage], the veteran producer who made his name in the US indie scene of the 90s; and it was the first since the passing in January of George Gund III, the longtime chairman of the SF Film Society board and a generous donor to the society.

Hope’s programme note described Gund as “an expansive character whose impact extended beyond that of other men: 50 per cent intimidating eyebrows, 50 per cent inviting grin, 50 per cent mumbles, 50 per cent laughs”, and a “legendary” supporter of international, particularly Eastern European, cinema.

As an indicator of Gund’s esoteric taste, the film screened in his honour was Frantisek Vlacil’s brutal, surreal, near-three-hour Czech-historical drama Marketa Lazarova (1966). Gund’s artistic philanthropy resonated particularly strongly in the light of UK culture secretary Maria Miller’s dispiriting comments about British culture needing to be seen as a commodity.

I was excited by the international flavour of the programme (over 51 countries were represented), but the biggest early festival buzz emanated from the appearance of Steven Soderbergh, whose impassioned ‘State of Cinema’ address [transcript ℅ Deadline Hollywood] further embellished the recently ‘retired’ director’s current position as a sort of public post-Hollywood maverick. The speech was intended to be privy to those in attendance only, but quickly went viral, and generated a blaze of media attention.

Its contents clearly betrayed both Soderbergh’s frustration with the system (“Cinema is under assault by the studios with the full support of the audience”) and his sense of enervation at the constraints of mainstream narrative storytelling. Making good on his promise to explore new artistic avenues, two days after his speech, Soderbergh began to tweet a novella, ‘Glue’, 140 characters at a time, using the characteristically eccentric handle @bitchuation. 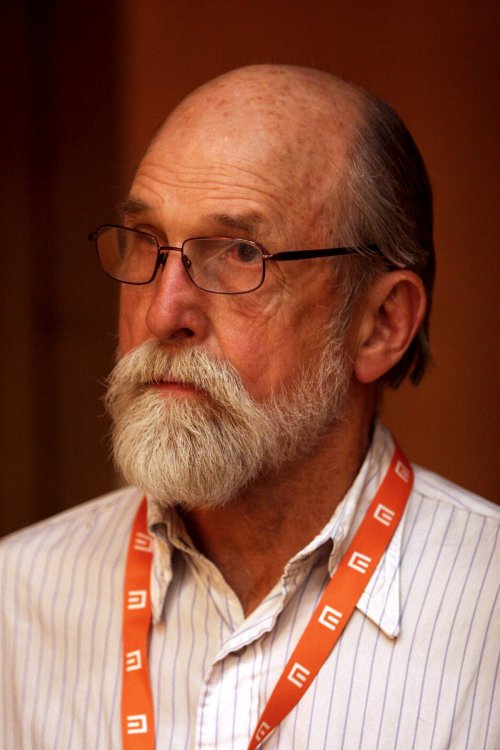 Back in 2007, Soderbergh was a member of a jury which awarded documentarian Les Blank the Edward McDowell Medal for Outstanding Contribution to the Arts, and one suspects Soderbergh was particularly enamoured with Blank’s idiosyncratic persistence of vision. Blank sadly passed away less than three weeks before the beginning of the SFIFF, where three of his newly restored 16mm works were screened. The first, the oblique Christopher Tree (1970), plunged us without warning into a lush woodland clearing where a lone, bearded figure (resembling a salaryman who’d gone rogue but forgotten to bring a change of clothes) noodled atmospherically on 40 Tibetan temple gongs, flutes, tympani and wind chimes for ten minutes.

The second, Chicken Real (1971), was a bizarrely straight-faced – and consequently wholly absurd – corporate video Blank directed for Holly Farms Poultry Industries. The third – and strongest of the set – was Spend It All (1970), an intimate and revelatory look at Louisiana’s Cajun community. The films were an excellent primer for the work of a lyrical, singular filmmaker with a passion for people, and were preceded by a moving, contextual speech by Blank’s son Harrod, also a documentary filmmaker.

Another of the festival’s special guests, Finnish filmmaker and historian Peter von Bagh, arrived to receive an award in conjunction with a presentation of his elegant collage film Helsinki, Forever. Asked by the programmers to select one film of his choice to screen, von Bagh opted for Mikko Niskanen’s Eight Deadly Shots (Kahdeksan Surmanluotia), a 316-minute drama from 1972, which, according to von Bagh, was being shown for the first time theatrically outside its native Finland. 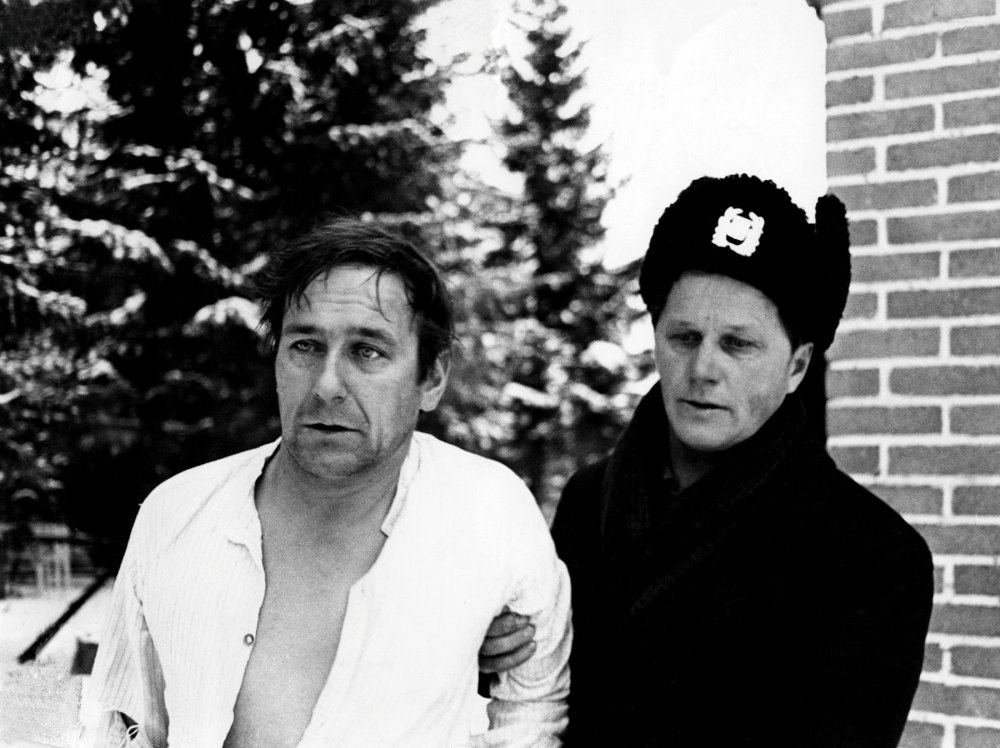 Ripped from the headlines, and an indisputable influence on the likes of Béla Tarr, it’s a powerfully naturalistic account of a struggling village farmer’s moonshine-assisted descent into madness and murder. It sounds like a slog, but is leavened by a humanistic approach, an embrace of humour (eccentric supporting characters, downright wacky musical choices, suspiciously authentic drunk scenes) and elevated by Niskanen’s own heroic, gut-busting central performance. To be part of a crowd introduced to such a monumental work for the first time was a genuinely thrilling experience; it deserves much wider recognition.

Oddly enough, the spectre of death seemed to haunt a great deal of the films I saw – a grim coincidence pointedly at odds with the festival’s laidback, upbeat vibe (filmmakers and journos happily hanging out in the press zone, programmers doing onstage intros in shorts and Hawaiian shirts). Gabriela Cowperthwaite’s Blackfish, a partially successful fusion of ecological documentary and mystery thriller, gave us death by orca, and there was death by earthquake in Haitian Raoul Peck’s astringent anti-aid polemical report Fatal Assistance. 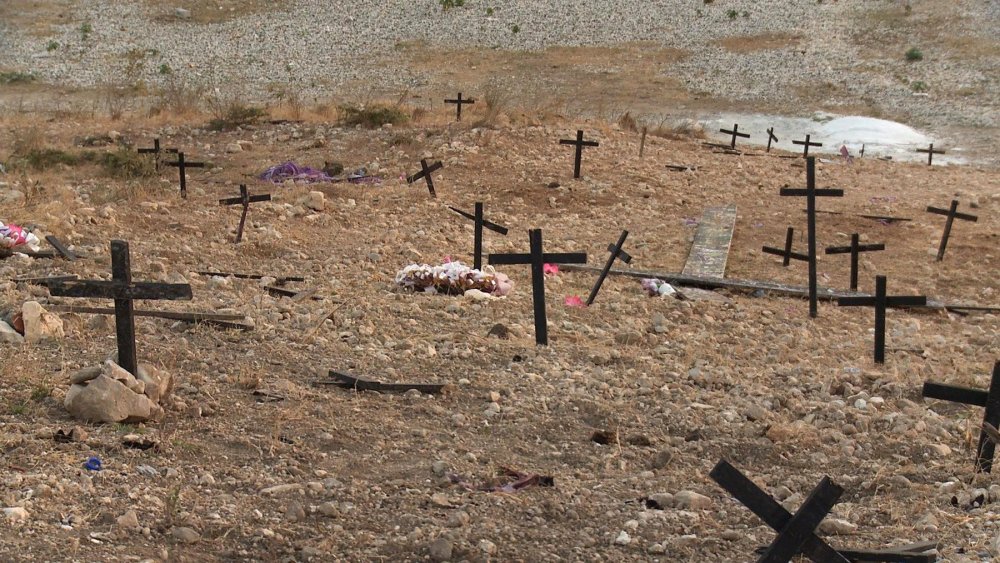 A second watch of Joshua Oppenheimer’s surreal The Act of Killing, in which elderly members of an Indonesian death squad gleefully reconstruct their murders, did nothing to lessen its disturbing impact. Roger Ross Williams’ God Loves Uganda focused on the disturbingly well-received invasion of right-wing American evangelist Christians into Uganda, and drew much of its emotional force from the murder of LGBT activist David Kato, an inspirational figure who also featured in last year’s Call Me Kuchu.

My final film of the festival was Jem Cohen’s elegiac Museum Hours (screened at last year’s London Film Festival), a sort of arthouse Before Sunrise, in which a quiet, watchful museum guard at Austria’s Kunsthistorisches Museum strikes up a friendship with an emotionally (and spatially) lost Canadian woman who’s in town to visit her coma-stricken cousin. This gentle and perceptive meditation on the power of art and the act of seeing featured some gorgeous cinematography and enough art history to constitute a particularly pleasing lecture.

Soderbergh’s bombast may have kicked off my experience of the festival in belligerent, alarmist fashion (and he might well be right about Hollywood’s limitations), but Cohen’s grace and worldliness ushered me away from San Francisco’s long streets safe in the knowledge that, post-Les Blank, independent American cinema has at least one true visionary remaining. It was an appropriate, and welcomely uplifting, way to close an enjoyable, diverse festival.