Bollywood and beyond: Marrakech 2012 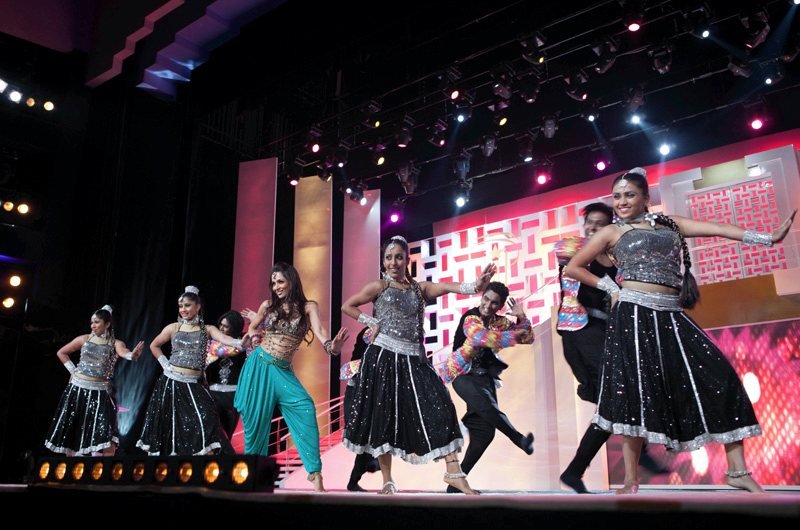 A Bollywood musical tribute at the Marrakech Film Festival

Anticipating the 100th anniversary of Indian cinema (Raja Harishchandra, the first Hindi film, premiered in May 1913), last year’s 12th Marrakech International Film Festival celebrated an industry which now produces more than 1,000 films a year. A star-studded delegation (including screen legends Amitabh Bachchan and Shah Rukh Khan) provided the glamour, while some canny programming balanced the slick, escapist fare from Bollywood with the more self-reflexive, challenging and often explicit dramas that are an emerging trend in Indian cinema.

The tribute took the form of a lavish onstage ceremony at the opulent, 1,500-seater Palais des congrès cinema, and there was no doubt that Khan – who’d spent upwards of 30 minutes signing autographs on the red carpet – was the star attraction. (Host Catherine Deneuve seemed to go almost unnoticed by contrast.) Khan concluded the tribute by saluting prolific Bollywood director Yash Chopra – the ‘King of Romance’ – who died last October, aged 80. Though the festival each year celebrates a national cinema (last year it was China’s), the connections between Morocco and India run deep; this is the second time in the festival’s short history that it has focused on India. The relationship is said to have begun in the in late 1960s and 70s when some distributors settled in Marrakech and started to programme Arabic-subtitled Hindi films in inexpensive theatres in low-income areas. Later these films spread via pirated VHS and DVDs available in bazaars, embedding the film’s charismatic stars in Moroccan consciousness.

Bachchan, the one-time ‘angry young man’ of Hindi film, spoke enthusiastically of the manner Morocco had received the delegation: “for a country to celebrate another country’s milestone is laudable and admirable”. That may be true, but there’s no doubt this royally appointed festival (sponsored by King Mohammed VI, with Khan’s royal medal of honour presented by Prince Moulay Rachid) has an eye on developing trade relations and promoting tourism.

Beyond the VIP festivities, Bollywood’s local popularity was tangible, not least at the packed nightly screenings of three-hour-plus Bollywood films which ran at the Djemaa el-Fna, the main square in the heart of Morocco’s medina quarter. Upwards of 25,000 gathered in an area normally reserved for souks, snake-charmers and tourists. 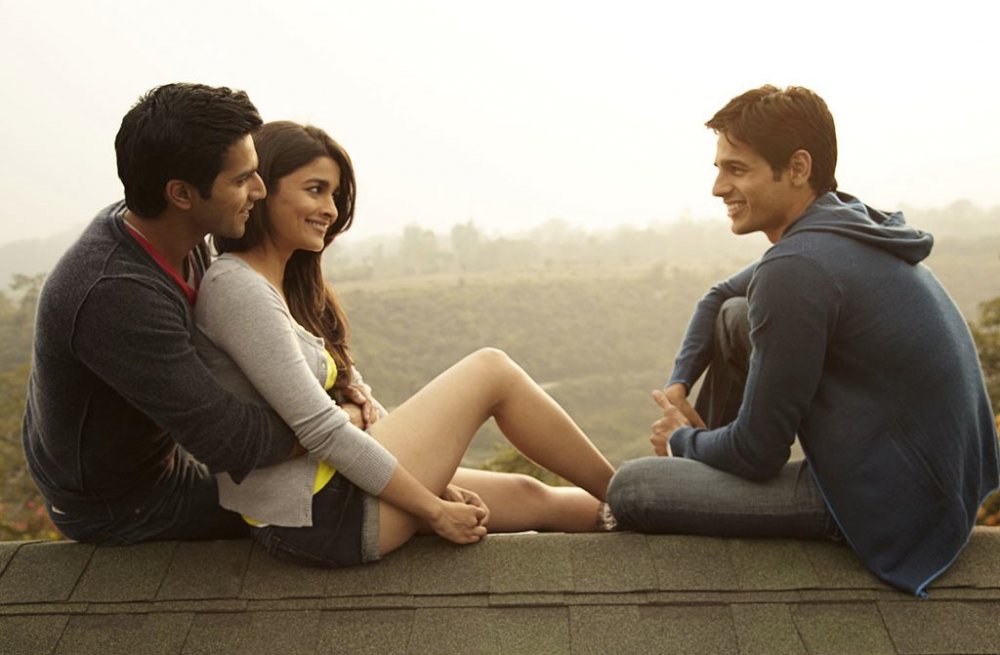 Student of the Year

I glimpsed a number of Bollywood films in the square, but stayed for Karan Johar’s exuberant high school romantic comedy Student of the Year. Drawn in the broadest of strokes, and shot with a gaudy colour palette, it was escapist fun. Yet even such cinematic candy floss proved slyly subversive at times, possessing a barely concealed homoerotic subtext and some intriguing literary allusions (one young character reads The Fountainhead). Given the unlikelihood of the predominantly Arabic-speaking crowd fully grasping either the Indian language or English subtitles, the universal, steadfastly linear approach to storytelling seemed entirely appropriate.

Outside the public screenings the programming was riskier, and of the 18 Hindi films in the programme, only a third predated 2010. Of those, only Chopra’s lush 1976 musical Love is Life (Kabhi Kabhie) predated 2000.

A handful of these films revealed contemporary Indian cinema to be in a fascinating ongoing dialogue with itself, keenly exploring a thematic and textual darkness far away from what writer Nirpal Dhaliwal dubs the “conservative… glossy utopia of Bollywood”.

Anurag Kashyap’s epic (and at times astonishingly violent) Gangs of Wasseypur clocked in at five hours and 20 minutes across two parts, which played back to back in the Cinéma le Colisée, a gorgeous theatre a few hundred yards away from the main hub of the festival. The opening shot – a close-up on a TV playing upbeat sitcom Kyunki… Saas Bhi Kabhi Bahu Thi… which slowly pulls back to reveal a cowering family hiding from a gunfight – reveals Gangs to be concerned with notions of departure from safe, family-friendly traditions.

Though it quotes explicitly and extensively from Western crime cinema (specifically Goodfellas and Brian De Palma’s Scarface) and Sergio Leone’s spaghetti westerns, it successfully carves a distinct identity by underpinning the action with a deeply felt historical relevance (colonial independence, trade unionism, intra-Muslim warfare) and ingenious musical commentaries. It also delves deeply into the history of Hindi cinema, reflecting the cultural and social impact of Bachchan’s countercultural status in the 1970s. Characters are constantly seen going to the cinema, and absorbing its power. The film’s Machiavellian politician villain – complaining about Bollywood’s fantastical characteristic – at one point exclaims “Bollywood is shit!”; strong words, but there’s something to the fact that he, like Bollywood, survives and prospers throughout the changing times. 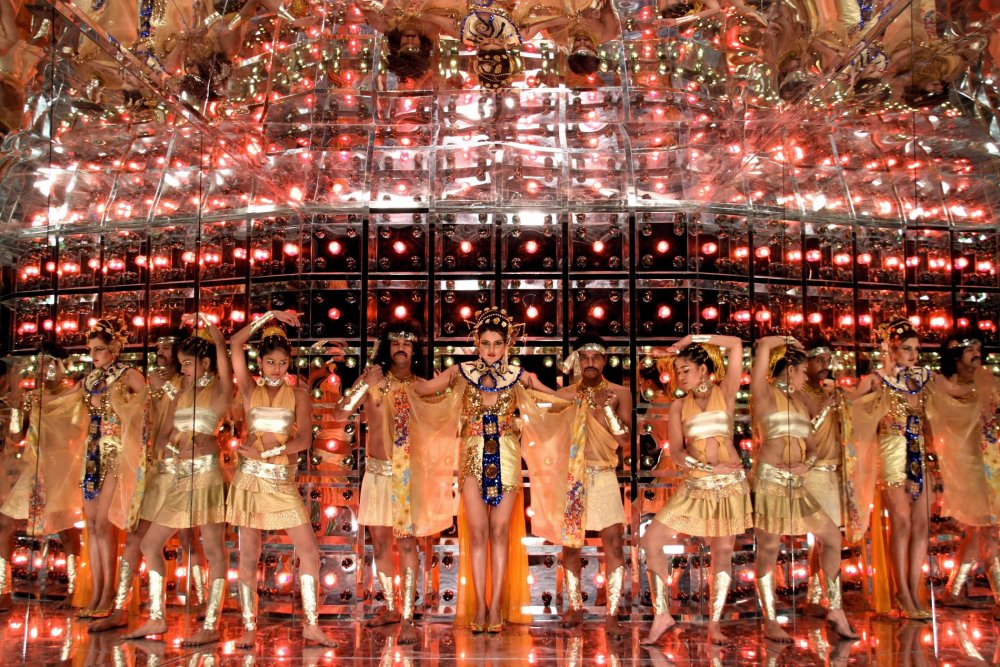 Conversely, Ashim Ahluwalia’s seedy, lovingly detailed drama Miss Lovely – like Gangs, financed and produced independently – ignores Bollywood. Taking a self-reflexive plunge into the murky waters of Mumbai’s C-grade horror/porn industry in the 1980s, it focuses on a delusional anti-hero (played with a cadaverous chilliness by Gangs of Wasseypur’s saturnine Nawazuddin Siddiqui) harbouring doomed auteurist fantasies – think Burt Reynolds’ Jack Horner in Boogie Nights with no social skills and saddled with an sleazy, duplicitous brother. Addressing issues including authorship and transgressively commodified sexuality, it’s a revealing portrait of the psychological, social and financial impact of deliberately positioning oneself outside of the mainstream (Bollywood is also run out of Mumbai). Though it drops off in intensity in its second half, it recovers in time for a bravura denouement.

Another film to tread a controversial terrain was Prakash Jha’s Chakravyuh (which recently enjoyed a limited UK theatrical release), a musical thriller focusing on the crushing poverty that sparked a Maoist revolt in central India. Notwithstanding the tinderbox thematic content, though, there seems to be a compromise at work, here; the film refrains from plunging too deeply into darkness lest perhaps it damage commercial prospects.

Away from the Hindi reverence, there were some signs of Morocco’s own film industry. Native producer Karim Abouobayd, who broke into Hollywood in 1999 with The Mummy, was afforded a brief retrospective that focused, disappointingly, solely on his mainstream American efforts. 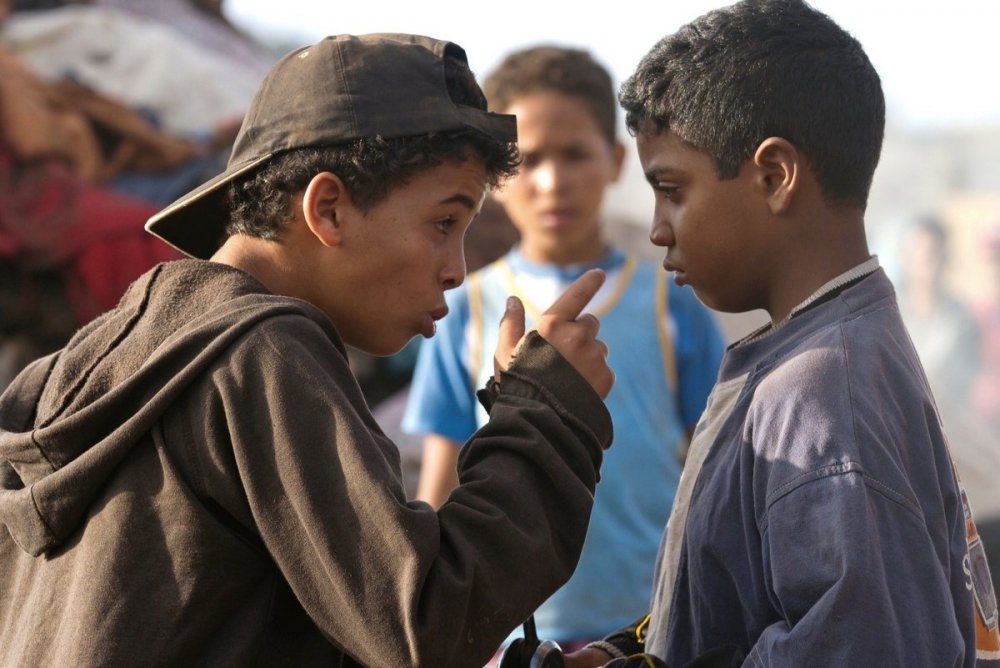 There was also a place in the official competition selection for Nabil Ayouch’s startling Horses of God (Les Chevaux de Dieu), a fictionalised account of the terrorist attacks which hit Casablanca in 2003. Although a gripping, hugely promising piece of work, it lost out to Ziad Doueiri’s The Attack (El Atentado), a drama centred on the aftermath of a suicide bombing and its impact on an Arab surgeon living in Israel. The jury prize meanwhile was shared between Vahid Vakilifar’s deeply odd character study Taboor from Iran and Tobias Lindholm’s Danish tense thriller A Hijacking (Kapringen).

Still, there was little to compete with the sheer spectacle of the programme’s Indian focus. To an unaccustomed Westerner, Marrakech’s public passion for Hindi cinema, not to mention the rich range of theme and style across the programme, was both instructive and thrilling to behold.