An intimate portrait of Grace Jones, a North Korean kidnap love-story and a moving journey of a son to reconnect his family find backing from the BFI Film Fund at the Sheffield Doc/Fest pitching session. 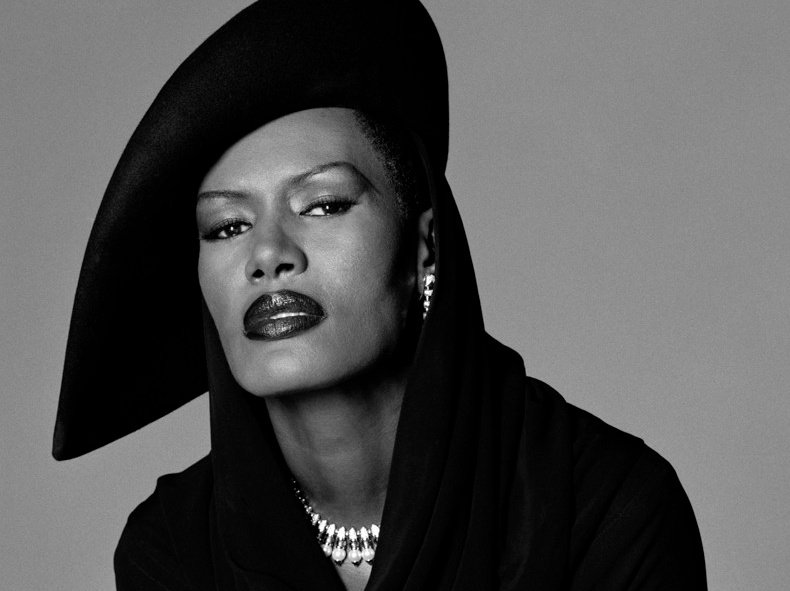 The projects were shortlisted by a team of senior executives from the BFI and Sheffield Doc/Fest, and selected to present to a panel including representatives from the Film Fund and SXSW Film. In line with the panel’s recommendations and further editorial discussions, the BFI Film Fund has committed to supporting three films.

Sophie Fiennes’s Grace Jones – The Musical of My Life, co-produced with James Wilson and Katie Holly, reaches beyond the iconic mask to create a cinematic journey into the private and public worlds of Grace Jones, mixing intimate personal footage with unique staged musical sequences.

Robert Cannan and Ross Adam’s The Lovers and the Despot, produced by Natasha Dack, details the bizarre love story of a celebrity director and actress kidnapped by movie-mad dictator Kim Jong-il and forced to make films in the communist state.

Iain Cunningham’s Irene’s Ghost, produced by Rebecca Mark-Lawson, is a part-animated feature documentary that follows the moving journey of the filmmaker to build a picture of the mother he never knew.

The BFI has committed to further engagement on George Amponsah’s hybrid observational documentary Down by Law, which follows several years in the lives of two of the closest friends of Mark Duggan, the man whose death at the hands of armed police sparked the UK riots of 2011; and Steve Loveridge’s Untitled M.I.A. Project, a chronicle of musician M.I.A. through personal archive footage filmed by the controversial artist over 20 years.

We were blown away by the quality of all the projects selected to pitch at the Sheffield Doc/Fest session. The pitch session provides a valuable opportunity to pinpoint those documentary projects with the potential to capture the imagination of cinema audiences, and the creative vision of filmmakers to bring characters to the big screen in thought-provoking and exciting ways. Grace Jones – The Musical of My Life, The Lovers and the Despot and Irene’s Ghost are entertaining, exciting and emotive stories that will enthral audiences in the UK and abroad. We’re also keen to help the filmmakers of Down by Law and Untitled M.I.A. Project in developing their projects further, and we congratulate all those selected to pitch in what was an exceptionally strong short list.

The shortlisted teams were asked to give a seven-minute pitch and show clips of footage, followed by questions from the panel about the strength of the stories, characters and cinematic potential of the projects.

The pitching took place on Monday 9 June and the successful projects were announced today in a session chaired by British Council Film’s Will Massa as part of Doc/Fest’s extensive industry programme. The panel comprised Ben Roberts, Director of the Film Fund, Senior Production Executive Lizzie Francke, and Katie Ellen, Senior Distribution Manager, from the BFI; as well as Janet Pierson, Head of SXSW Film.

The filmmaker teams chosen by the panel will receive a Letter of Intent from the BFI Film Fund, confirming the Film Fund’s commitment to invest in, and endorse the project.

The BFI is committed to supporting documentary filmmaking, specifically films with theatrical potential. Documentaries backed by the BFI Film Fund include Iain Forsyth and Jane Pollard’s lyrical 20,000 Days on Earth, which premiered at the Sundance Film Festival winning awards and critical acclaim, and Andre Singer’s unflinching account of the WWII liberation, Night Will Fall, which will be released in UK cinemas in September.

In recognition of the greater volume of filmmakers with theatrical documentary proposals, the current industry interest in the form, and the more specialised consideration that this genre requires, particularly for emerging talent, the BFI Film Fund considers applications from documentary filmmakers through twice yearly-pitching sessions – in London and Sheffield.

Panel comments: The project is an ambitious and imaginative lid-lifter on one of our most enigmatic music stars. Fiennes has been filming the iconic musician for six years with unprecedented access, and was able to describe in great detail how Jones’s background and upbringing has had a profound effect on the image she has cultivated for herself. The panel were excited by plans to stage and shoot an imaginative concert as a framing device.

Following the collapse of their glamorous romance, a celebrity director and actress are kidnapped by movie-mad dictator Kim Jong-il. Forced to make films in the world’s weirdest state, they get a second chance at love, but only one chance at escape.

Panel comments: From the energetic presentation and trailer the panel thought this project has the potential to be a thrilling detailing of the kidnapping by Kim Jong-il of a famous filmmaker and actress, formerly lovers, who are forced to make films for the film-mad dictator and who fall in love again as they plot their escape. The blending of great archive footage, pastiche-noir soundtrack and access to their subjects should enthral audiences.

A part animated feature documentary following the journey of a son to reconnect his family. Irene’s Ghost is a film about mental health and motherhood, and the legacy we leave behind.

Panel comments: A hit with everyone on the panel, a potentially very moving exploration by the filmmaker of the circumstances surrounding the death of his mother, who died when he was three, and his reconnection with her family. The panel thought the unpretentious and quiet presentation of the intelligent film with a strong animation component about memory, family, loss and connections would resonate with cinema audiences.

The life and times of controversial artist M.I.A. Politically outspoken and never shy of picking a fight, M.I.A. has become one of the most contentious and divisive characters in the music industry. Untitled M.I.A. project  is drawn from an exclusive, never seen before, cache of hundreds of hours of personal footage filmed by Maya and her closest friends dating back over 20 years to the present day to chronicle her extraordinary journey from refugee to global superstar.

Panel comments: Special commendation. The panel agreed that M.I.A. was an interesting cultural figure and the filmmakers unprecedented access to her family and personal archive will offer a rare insight into her life. The changing technologies and striking visual style of the subject offers space to experiment with the genre that will have a strong cinematic appeal.

In August 2011 29 year old Mark Duggan was shot and killed whilst being arrested by armed police in Tottenham. This incident ignited a riot that escalated, into a week of the worst civil unrest in British history. Down by Law features two of Mark Duggan’s childhood friends as they struggle to come to terms with the death of their friend while waiting to see if the inquest into his shooting will provide them with a satisfactory version of the truth behind why Mark was killed. Marcus Knox and Kurtis Henville grew up with Mark Duggan on the Broadwater Farm housing project in Tottenham, North London. This hybrid observational documentary follows the two men’s lives since Mark Duggan’s death. Down by Law will employ imaginative use of archive and iconic cinematography to tell Marcus and Kurtis’s story.

Panel comments: Special commendation. The panel thought this compelling and timely project on a pivotal time in recent British history had clear cinematic potential and is committed to working with the filmmakers to provide development support.