A revolutionary Syrian love story and the inspirational journey of an Israeli man diagnosed with HIV find backing from the BFI Film Fund after the latest round of documentary pitching sessions. 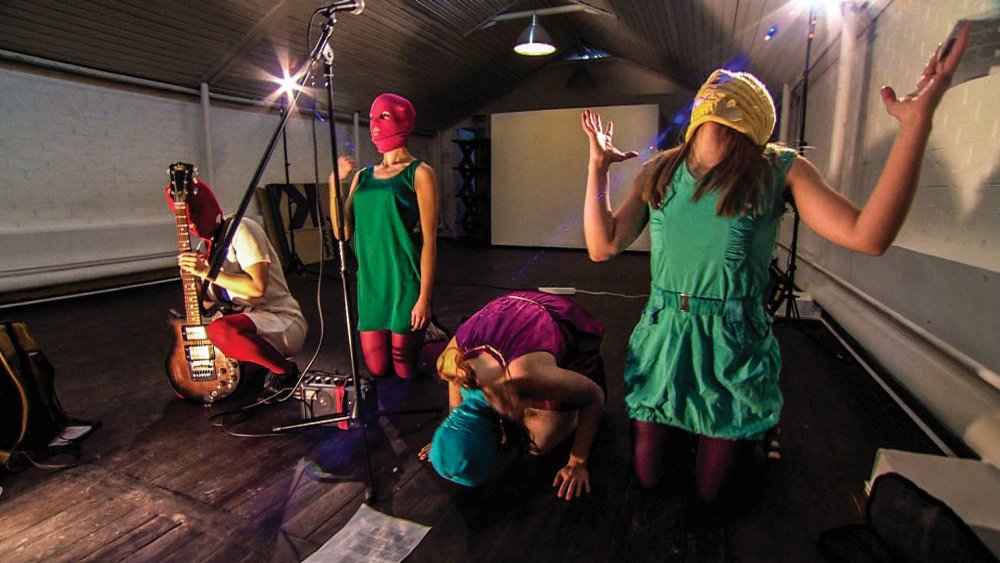 The BFI Film Fund today announces support for two feature documentaries following its latest pitching round in London. The projects were selected from a short list of the strongest projects submitted to the BFI for support through the second round of the Film Fund’s documentary pitch meetings, in partnership with Sheffield Doc/Fest, the UK’s leading documentary festival, and this time held ‘in camera’ at the BFI Southbank on Monday 9 December.

Five applications were shortlisted by a team of senior executives from the BFI and Doc/Fest, and selected to present to a panel including representatives from the BFI, Sheffield Doc/Fest, leading documentary distributor Dogwoof and Dutch Public Broadcaster VPR.

In line with the panel’s recommendations, the Film Fund has committed to supporting two films:

Tomer and Barak Heymann’s Who’s Gonna Love Me Now?, which is co-directed and co-produced with Alexander Bodin Saphir, follows the inspirational journey of an Israeli man rejected by his community, but whose HIV diagnosis becomes a catalyst for him to make  drastic changes to his life.

Sean McAllister’s A Syrian Love Story, produced with Elhum Shakerifar, is a political love story filmed over four years in Syria, Lebanon and France, where two revolutionaries struggle for freedom on a journey of hope, dreams and despair for their homeland, each other and an unfolding civil war.

It’s as difficult as ever to predict which projects will resonate with cinema audiences, and the calibre of the shortlist was very strong, but the presentations for these two projects were particularly moving and quite profound. We’re excited to be involved with both of them.

We’re delighted that this second edition of the new Film Fund Pitch has led to two brilliant new documentary projects being supported by the BFI – both Sean McAllister and the Who’s Gonna Love Me Now? team are committed to telling thought-provoking engrossing stories which will interest large audiences and we’re excited to follow their development with BFI backing.

The shortlisted teams were asked to give a seven-minute pitch followed by questions from the panel in order to demonstrate the project’s cinematic potential.

The teams chosen by the panel receive a positive decision in principle and will be issued with a Letter of Intent from the BFI Film Fund.

The documentary genre has been gathering pace at cinemas in recent years, and it is a form in which the UK excels. Homegrown films including Pussy Riot – A Punk Prayer, The Stone Roses: Made of Stone and The Spirit of ‘45 have won awards and critical acclaim and have also proved a hit with cinema audiences. Due to renewed industry interest in the documentary form and following a sharp increase in applications for funding, the BFI Film Fund designed its new pitching events in recognition of the specialised consideration the genre requires, particularly for emerging talent.

At the last pitching round, held at Doc/Fest in June, the Film Fund backed Louise Osmond’s Dark Horse, and Brian Hill’s Thomas Quick, both of which are now in production.

The next Film Fund pitch will take place at Sheffield Doc/Fest on Wednesday 11 June 2014. The deadline for applications is Friday 7 March 2014, with a workshop for selected projects on Monday 12 May 2014.

Information about the successful projects:

Saar grew up in a conservative kibbutz on the Israeli/Jordanian border; when he was 19 years old and away on military training, his mother found a love letter he had written… to another man. Rejected by his community Saar fled to London, where he started to build a new life, but when he is diagnosed with HIV his world falls apart and the one thing he craves more than anything else is reconciliation with his family. But will they, after all these years, welcome him back into the fold or will his HIV status cause him to be shunned for the rest of his life?

Filmed over four years in Syria, Lebanon and France; two revolutionaries struggle for freedom on a journey of hope, dreams and despair for their homeland, each other and an unfolding civil war. Amer and Ragda were political activists who met and fell in love in a Syrian prison; when Ragda is imprisoned again for publicly condemning the Assad regime Amer must bring up their children alone. The film follows the family as they are reunited and are forced to flee to Lebanon and finally find safety in France, but in their new found ‘freedom’ they find themselves at now war with each other. This intimate family portrait helps us to understand why people are literally dying for change in the Arab world, and reveals the brutality of a regime not yet prepared to allow for that change.