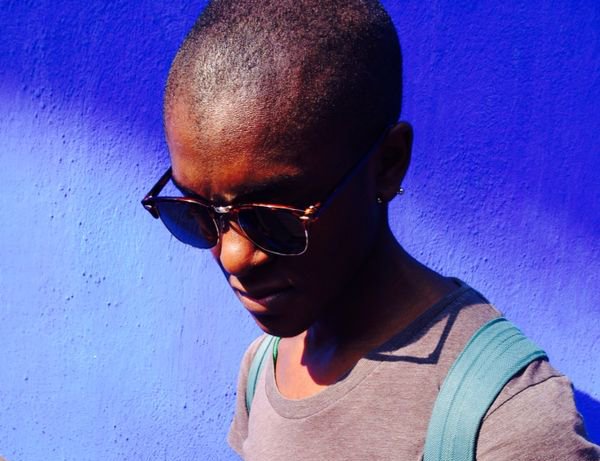 BFI Flare: London LGBT Film Festival is delighted to welcome our new programmer, Jay Bernard. Jay is busy working on the 2015 Festival with Festival colleagues Michael Blyth, Brian Robinson, Jason Barker and Emma Smart but we caught up with her to introduce you to our newest member of the team.

How much previous experience did you have of the Festival?

A lot. I’ve missed maybe two or three years in the last 10. I first went when I was 16 and attended the workshops for young people. I was lucky because a lot of people just spoke to me and didn’t find it weird that a strange teenager was following them around. I interviewed two YouTubers for a panel, In This Our Lives, in 2009, which was cool. After that, I just kept coming back. 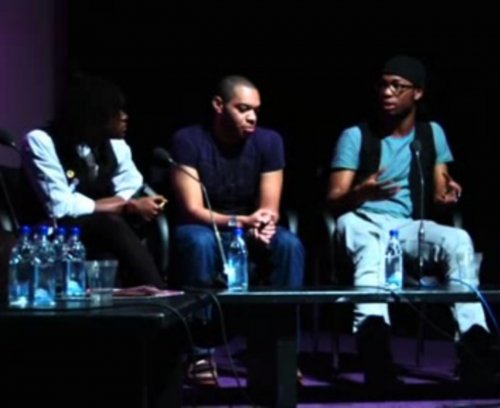 In This Our Lives panel discussion (2009)

Atmosphere. Comprehensiveness. Irreverence. Not all festivals feel like festivals, but this definitely does.

Why were you keen to be part of the programme team?

It seems like a good team. Fun, open and hardworking. If this position had been open maybe two years ago I would never have applied for it, because it’s something so public. But now I really want to work for this community, and there are several others already doing it in a field I know and understand. I have dabbled with film before, but let’s be real, I am not entering the industry as a maker, but I want to be close to it. Being part of the programming team makes sense and I am very much up for taking on the responsibility.

What has been your previous cultural programme experience? 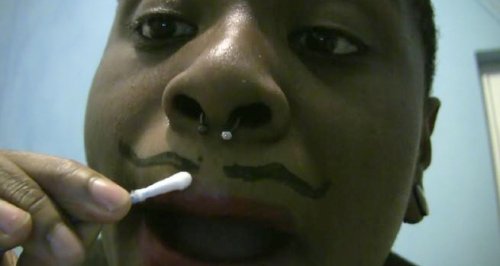 I started organising stuff at university – I was part of Lady Fest Oxford 2010, I co-ran a zine called Dissocia and we had two very cool events for that. Immediately after graduating I hosted Full Fat at 93 Feet East, a kind of old school poetry night that was really great.

I moved to Asia pretty much immediately after that and put on a graphic poetry exhibition, which featured some really awesome queer artists – Tania De Rozario, Spacer gif, Desmond Kon – as well as running open mic nights and poetry workshops. More recently, myself and Evan Ifekoya put on a night at the ICA called Get Off My Back Will You and Give Someone Else a Chance, which was a response to the David Robilliard exhibition.

We ran two events this summer as part of Evan’s residency at Guest Projects – one on Black Queer web series and another on QTIPOC [queer, trans and intersex people of colour] pedagogies. And I was part of Wotever Queer Film Festival this year, too.

What would you like to bring to the programming mix?

QTIPOC events and films – not just more of them but I’d like to develop some new approaches, encourage more critique; fun new uses of the space around the BFI; more digital and crossover programmes. I have big shoes to fill following Naz Jamal, who is a preeminent team player, scarily knowledgeable and very creative. As a mere mortal, I hope I can continue some of that.

What are your favourite LGBT films?

Stranger by the Lake and Pride are really good recent ones. 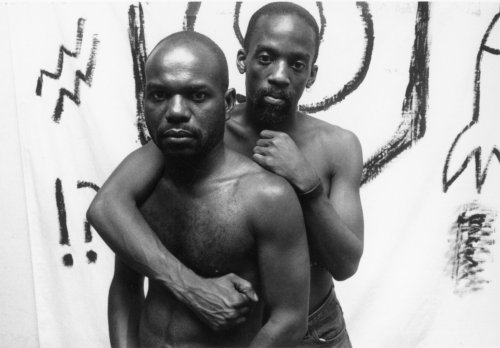 I don’t actually have any favourites. These are the films that come to mind when I think about what I have enjoyed or admired, but as everyone knows it’s not that straightforward. For instance, I love The Early Works of Cheryl Dunye specifically for the word ‘ambrosia’ in The Potluck and the Passion, which I think is great.

The judgement scene in Go Fish is very funny, self-effacing, and the spirit of that critique is still barbed today. Tongues Untied ends with a song, which includes the lyrics “you can do what you wanna do”, a sentiment that is completely heartbreaking and completely empowering. So it’s not really a hierarchy, it’s that most films have things in them that really stick with me.

Who are you favourite queer filmmakers working today and why?

If we can apply what I’ve already said about favourites, then: Laura Poitras [director of CITIZENFOUR] is amazing – I love her style, her gravitas. I was very impressed by Sally El Hosaini and I can’t wait to see what else she produces. Xavier Dolan is an example to us all. Taha Hassan, who I noticed showing up at lots of interesting, lo-fi, autonomous spaces, which I rate. And I believe I flew halfway around the world in part to watch Pariah (2011), so, yeah, Dee Rees.

Jay Bernard is from London. She is the author of two books, English Breakfast (2013) and Your Sign Is Cuckoo, Girl (2008); her work has been featured in magazines such as Magma, Dazed & Confused, MsLexia and Poetry London. She has performed at festivals such as Homotopia, Queer Up North, Spit Lit and Latitude. She is the 2014 Helen Fraser fellow at Hamish Hamilton, winner of the Cafe Writers pamphlet competition, alumnus of the Royal Court young writers programme and artist in residence for TFL’s Year of the Bus campaign. In 2013 she was CityRead resident at the London Metroplitan Archives and in 2012 she completed a fellowship at the National University of Singapore where she curated a graphic arts and poetry exhibition I SEE YOU at the Arts House. She now writes a regular column for Diva magazine. She can be found at jaybernard.co.uk and @brrnrrd.