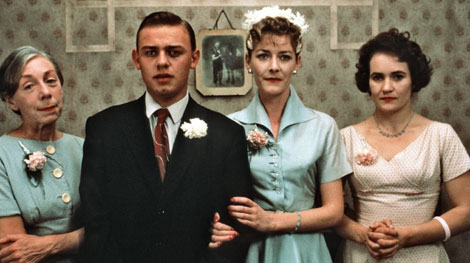 Thirty years after its initial release, one of the most acclaimed films in British cinema history returns to the big screen in a new 4K digital print restored by the BFI from the original camera negative. Terence Davies’ partly autobiographical tale evokes his upbringing in Liverpool after the war in a working-class home dominated by the violence of his father, fearsomely played by then newcomer Pete Postlethwaite. Using dynamic lighting, a superb soundtrack and a fragmented structure, Davies constructs a distinctive drama suffused with both beauty and horror. The film was voted the third greatest British film of all-time in a 2011 Time Out poll. (35mm print is from 2007 restoration).