Of Time and the City 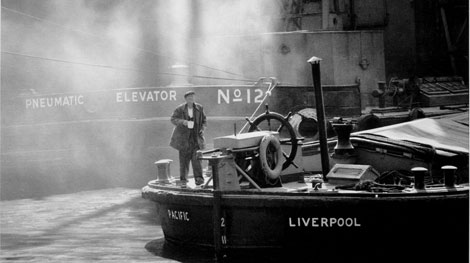 Terence Davies’ passionate and poetic documentary on his native Liverpool was one of the sensations of this year’s Cannes Film Festival. A heart-stirring meditation on time, memory and mortality, Davies’ first film in almost a decade marks a spectacular return to the spotlight for the director who won world-wide acclaim for his autobiographical classics Distant Voices, Still Lives (1988) and The Long Day Closes (1992).  Images of Liverpool past and present are magically combined with a wonderfully rich selection of music (ranging from Peggy Lee to Mahler, Handel to The Hollies), voices, radio clips, and the director’s own voice-over narration. The result is a powerful evocation of the director’s youth in post-war Britain and a reflection on how his home city - and the world at large - have changed over the years. Davies is regarded by many as Britain’s greatest living director, and this haunting film has been widely hailed as a masterpiece.