Margaret came and went in cinemas without fanfare. Now it’s back thanks to Twitter. Bravo, says Michael Brooke. 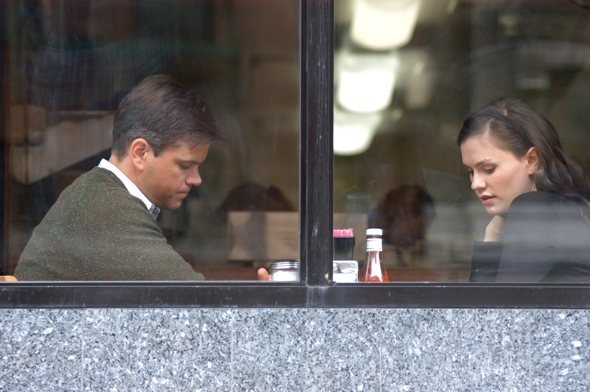 Rewatching Kenneth Lonergan’s debut You Can Count on Me (2000) in the wake of his second feature Margaret, what’s immediately striking is how similar they are. Both feature Mark Ruffalo, Matthew Broderick, Lonergan’s wife J. Smith-Cameron and Lonergan himself; they each begin with a vehicle smash irrevocably altering the lives of those connected to the dead victims; they revolve around emotionally intense relationships between people with seemingly little in common besides strong blood ties; their protagonists are simultaneously headstrong and deeply immature; and many individual scenes are as beautifully crafted as anything in recent American cinema. In particular, Lonergan often cuts or fades out at the point when a notionally important conversation is about to start, the characters’ interaction during the preamble having conveyed more than enough.

But while the earlier film is a perfectly constructed chamber piece that wears its 12 years well, Lonergan has given his cinematic ‘difficult second album’ much more to chew on, with often thrillingly ambitious but also undeniably mixed results. Its long gestation means that it’s already a period piece: written circa 2003 and set in 2005, it was filmed in 2006 and belatedly released a few months ago – long after the deaths of two of its producers, Anthony Minghella and Sydney Pollack. A bald synopsis (a teenage girl struggles to cope with the aftermath of a fatal bus crash that she may have caused) doesn’t sound anything like enough to fuel a three-hour film, but the screenplay’s novelistic density and constant awareness of NYC life bustling around it (on several occasions, we eavesdrop on random strangers’ conversations after Lonergan lowers the volume on notionally central ones) not only keep it consistently engrossing but also explain why Lonergan had such difficulties reducing it to a contractually mandated 150 minutes. This was the length at which it briefly opened in cinemas late last year, with minimal fanfare; afterwards it became the subject of a Twitter campaign for greater recognition, culminating in this video release of a significantly longer cut that bears a much stronger resemblance to Lonergan’s 2005 shooting script.

While You Can Count on Me revolved around mismatched siblings, the central relationship in Margaret is that between a mother and daughter. Joan (J. Smith-Cameron) is a stage actress more concerned about her upcoming lead performance in a possible Broadway transfer than about her children’s emotional needs. While her youngest, Curtis, simply retreats to the piano whenever things get heated, 17-year-old Lisa (Anna Paquin) is a mass of hormones and neuroses: over the course of the film she encounters sudden, violent death at first hand, loses her virginity in notionally planned but less than fulfilling circumstances, frequently turns up the heat in emotively personalised classroom debates about various issues from 9/11 to Shakespeare, and has an affair with one of her teachers – and that’s without taking into account a central narrative strand involving her impulsive plunge into complex legal matters as she seeks some kind of closure over the bus accident.

If Lisa is often dislikeable and sometimes intensely so, that’s hardly a criticism of Paquin’s superb performance: she and Lonergan completely nail Lisa’s self-absorbed solipsism, and even her most explosively immature moments ring uncomfortably true. However, one of her most contentious scenes plays differently in this longer cut. In the cinema version, there was no evidence that she’d actually had an abortion, making an out-of-the-blue claim to that effect seem possibly fantastical and, if so, shockingly vindictive. The longer version confirms in painful detail that she wasn’t making it up. 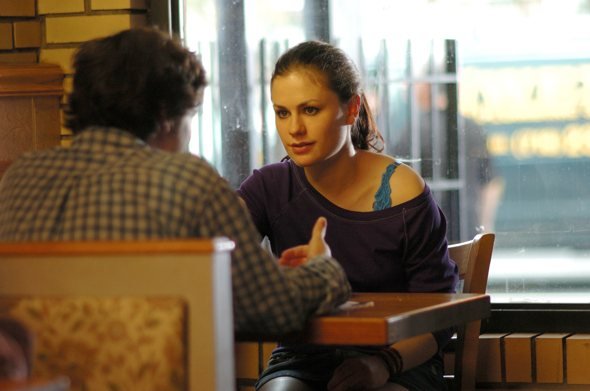 But the film is often just as self-conscious as its protagonist. When Lisa takes a crucial mid-point decision that risks alienating the viewer, Lonergan cuts to a nudge-nudge classroom scene in which Matthew Broderick’s English teacher emphasises that the opinions of Shakespeare’s characters are not to be taken as confirmation of authorial approval. Later, in one of several cultural discussions with her Latino beau Ramon (Jean Reno), Joan complains about the way people approach things with inflated expectations – she’s talking about the unexpected critical hit that she’s starring in, but Lonergan can hardly have been unaware of how this point might apply to his own sophomore effort (this appears to be another formerly deleted scene, though in this case it might have been better left that way).

The crash victim’s best friend Emily (Jeannie Berlin) is infuriated with the way that Lisa sees everything in overblown and operatic terms: later, Lonergan ironically underscores Lisa’s angry exit from a legal meeting with the doom-drenched D-minor chords of Don Giovanni and has her ultimately reconciled with Joan during a stage performance of The Tales of Hoffmann. Lonergan also stirs poetry into an already heady literary mix: the film’s title comes from the “young child” to whom Gerard Manley Hopkins addressed his Spring and Fall.

Given the film’s many travails over the past decade, we shouldn’t carp too much at this barebones DVD edition, whose only extra is hard-of-hearing subtitles: the picture and sound are fine. However, it’s disappointing that UK customers only get a DVD of the extended cut: the US package also includes a Blu-ray of the theatrical edition. But if this release doesn’t quite earn a full standing ovation, a modest ‘bravi!’ to all concerned seems fair: simply getting the film out in a version much closer to Lonergan’s original intentions is a lot more than anyone dared hope even a few months ago.