Woman at War first look: can a guerrilla earth mother have it all?

Benedikt Erlingsson’s off-the-wall follow-up to Of Horses and Men winningly mixes absurdist comedy and tense thriller, with Halldóra Geirharðsdóttir as a formidable eco-justice warrior faced with the challenge of juggling protest responsibilities and foster motherhood. 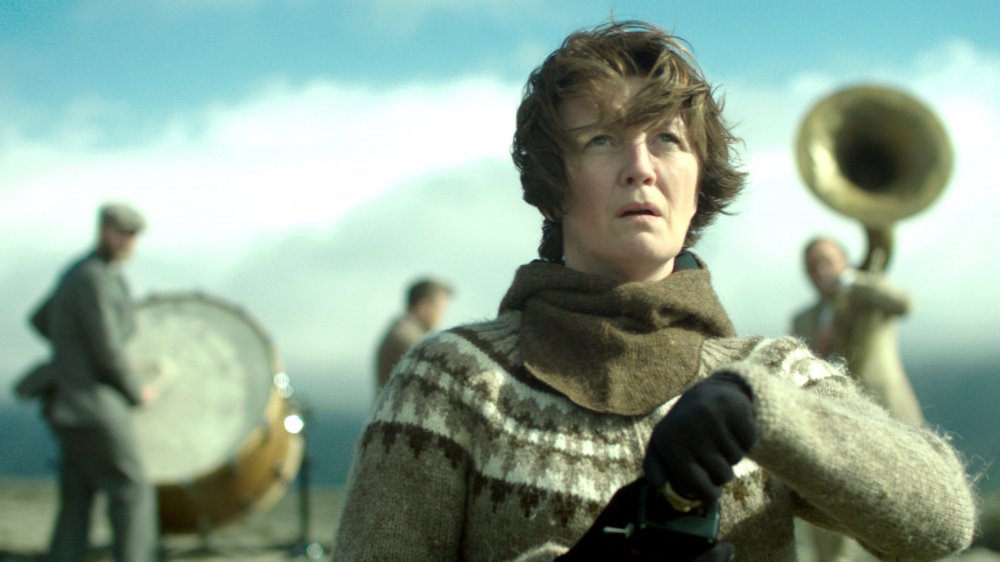 We all know the environment is screwed but how much do we do about it? Halla (Halldóra Geirharðsdóttir) – the main character of Benedikt Erlingsson’s second feature Woman at War – does a lot. On the surface, she is a mild-mannered 40-something music teacher, pottering about town on her bicycle and practicing Tai chi while portraits of Gandhi and Mandela gaze benignly down from her living room wall. But she is also a social justice warrior-style Joan of Arc figure, an eco-superhero dashing across the isolated countryside and vanquishing monstrous electricity pylons with her elaborately assembled bow and arrow.

For the Icelandic authorities, wary that a deal with China might go south if the sabotage continues, Halla is nothing more than a terrorist. The public are largely indifferent when not hostile and even her yoga-teaching identical twin sister Ása (also played by Geirharðsdóttir) is critical of the Mountain Woman – as Halla’s secret alter ego has been dubbed by the media – seeking her own solution in inner peace and a year-long meditation retreat in India rather than supporting guerrilla activism.

Everything is further complicated when a letter arrives informing Halla that a longed-for adoption of a Ukrainian orphan is now going through. The scene in which she shares her news with the choir she leads has such human warmth it jerks the tears in the best possible way. Now, though, her personal-versus-political dilemma is set. Can she complete her work, scuttling the energy deal, before picking up her new daughter? Or should she abandon it with the chances of motherhood so tantalisingly close and the risk of capture and jail so great? Or is the existence of the child further motivation for her activities to protect the future of the environment? 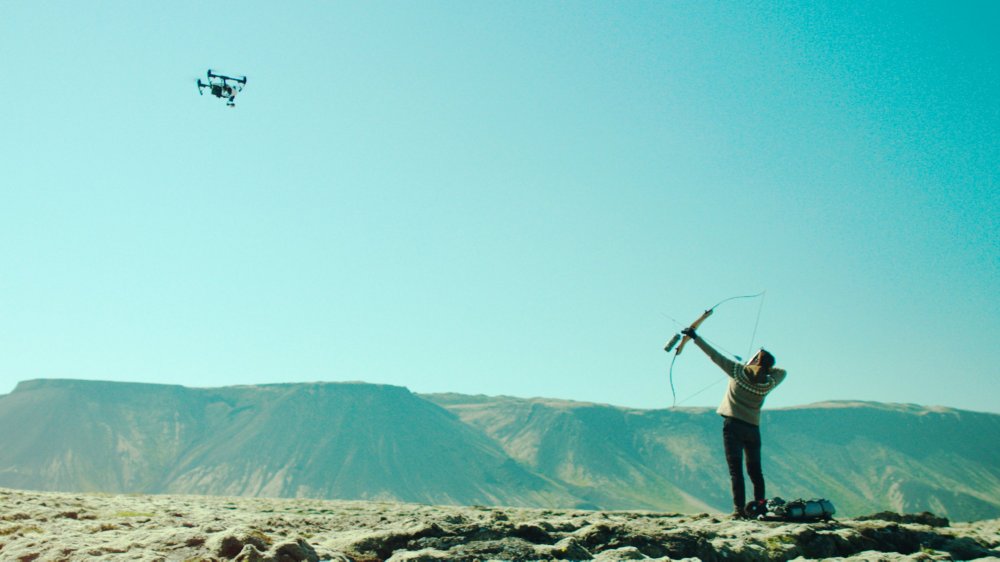 Of Horses and Men director Erlingsson and fellow screenwriter Ólafur Egill Egilsson keep things balanced between absurdist comedy and a tense thriller with a crafty plot and heartfelt and believable stakes. Some of the quirkier touches – such as having the musicians play Davíð Þór Jónsson’s folk-influenced score on screen, frequently cued by the actors – are likely to raise an eyebrow early on, only to become integrated into the plot of the film and earn their place as the story progresses. This is especially true when three traditionally-garbed Ukrainian singers join the ensemble as a new constituent to Halla’s inner music. Likewise, a Latin American tourist (Juan Camillo Roman Estrada) who keeps getting arrested as a suspect in Halla’s crimes begins as little more than a running joke only to evolve into a cunning plot device.

Given the paucity of films for such a strong middle-aged female lead, it’s good to see Geirharðsdóttir take such relish in her twofer as Halla and Ása. As the latter, she never resorts to lazy caricature but instead grounds her as a human being in the same way that as Halla, despite her political commitments, her sense of humour is never lost. Her exchanges with Jóhann Sigurðarson’s ‘alleged cousin’, farmer and occasional ally, and his dog called Woman, are particularly funny.

In her primary role as the action woman, Halla would give Liam Neeson a run for his money with her ingenious evasions of the escalating police hunt, but there’s also a visual grandeur to her mission as she faces off against drones and the power grid. Cinematographer Bergsteinn Björgúlfsson shoots his Icelandic landscapes with such an eye for its barren beauty that it makes her motivation crystal clear. This is a beautiful world that is well worth saving.

Related to Woman at War first look: can a guerrilla earth mother have it all?