Film of the week: Night Moves

Eruptions at the gloaming hour in Kelly Reichardt’s latest tale of alienation and rue: a paranoid tragedy of eco-terrorism. 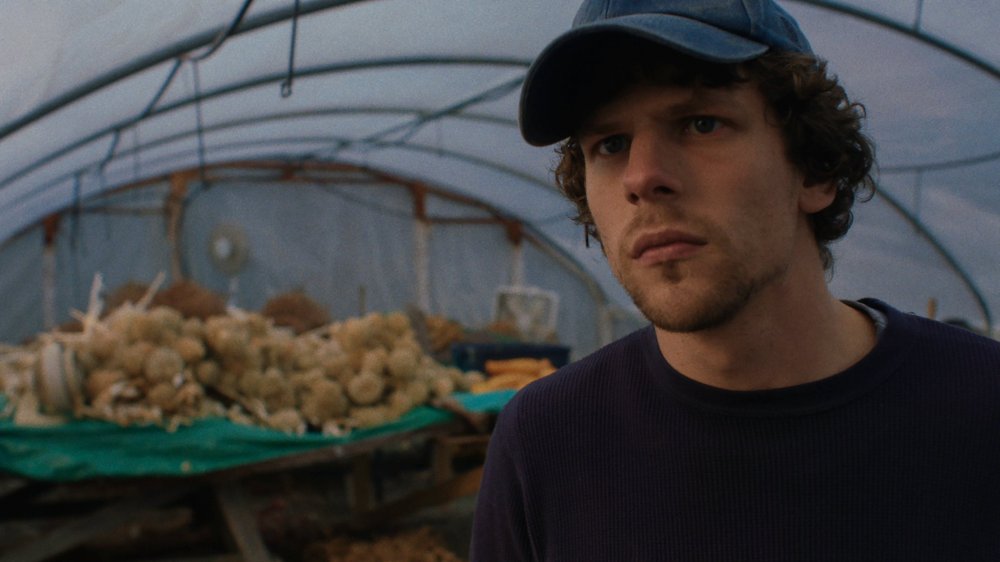 Here’s how good a filmmaker Kelly Reichardt is. She can pack an entire movie’s worth of meaning into a sliver of onscreen space, and do it so subtly that even attentive viewers might miss the trick.

Driving away from the hydroelectric dam they’ve just partially blown up via a payload of homemade explosives, eco-radicals Josh (Jesse Eisenberg), Dena (Dakota Fanning) and Harmon (Peter Sarsgaard) sit in stony silence, framed in a static three-shot that lets us study their faces for traces of anxiety or triumph. This is arthouse filmmaking 101, the impassive face as the gateway to the tortured soul, etc.

But the real meaning of the image has been pushed all the way to the back of the frame. Their car’s rear window is occluded by a piece of tarp, so that even though the bobbing of their bodies and the gliding momentum of the sound design tells us that they’re on the road, there’s no clear indication of forward progress. As positioned just so by Reichardt and cinematographer Christopher Blauvelt, the characters aren’t just running on empty – they’re also going nowhere fast. 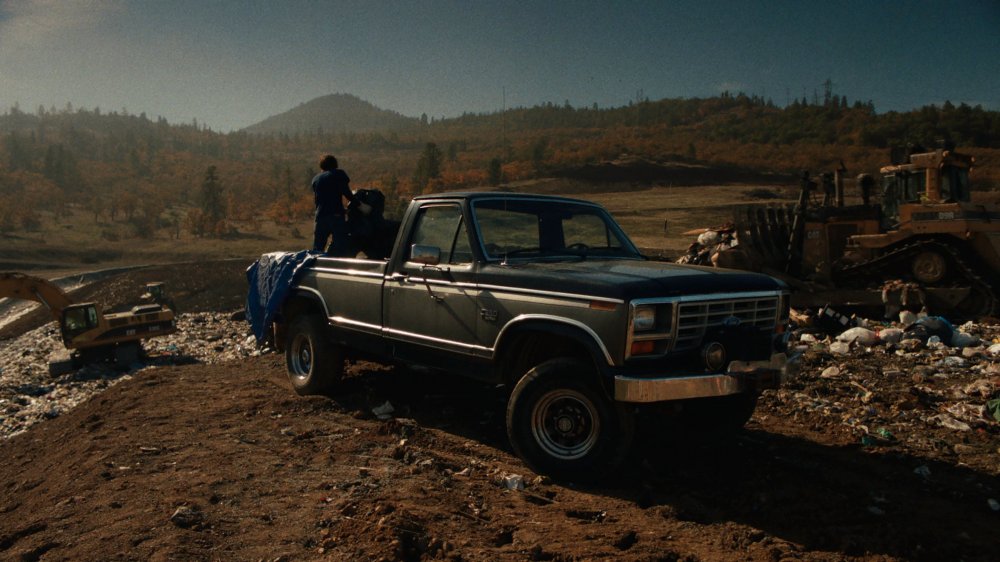 This passage comes almost exactly midway through Night Moves, and it effectively slices the movie into two pieces: the planning and execution of the bombing, and its fallout, which has severe and violent consequences for the group.

When the film debuted last autumn in Toronto and Venice, it was the second half that seemed to rankle even those critics sympathetic to Reichardt’s work. The common complaint was that this congenitally understated director simply wasn’t able to handle the heightened narrative stakes that went along with producing a pure genre exercise – in this case, a thriller containing murderous threats, narrow escapes and even a cat-and-mouse stalking sequence (maybe the most unexpected neo-neorealist detour since the Dardennes put a car chase in L’Enfant).

Yet leaving aside the fact that Reichardt’s films have increasingly come to play with generic conceits – the road-movie-without-a-car set-up of Wendy and Lucy (2008), the western-without-a-cowboy premise of Meek’s Cutoff (2010) – framing the filmmaker’s delicacy as a handicap seems an unfair (and not so subtly gendered) criticism. Reichardt is not a shrinking violet, and in scene after tightly ratcheted scene, her direction proves equal to the late-blooming hothouse atmosphere of the script (which she wrote with her regular co-writer Jonathan Raymond). 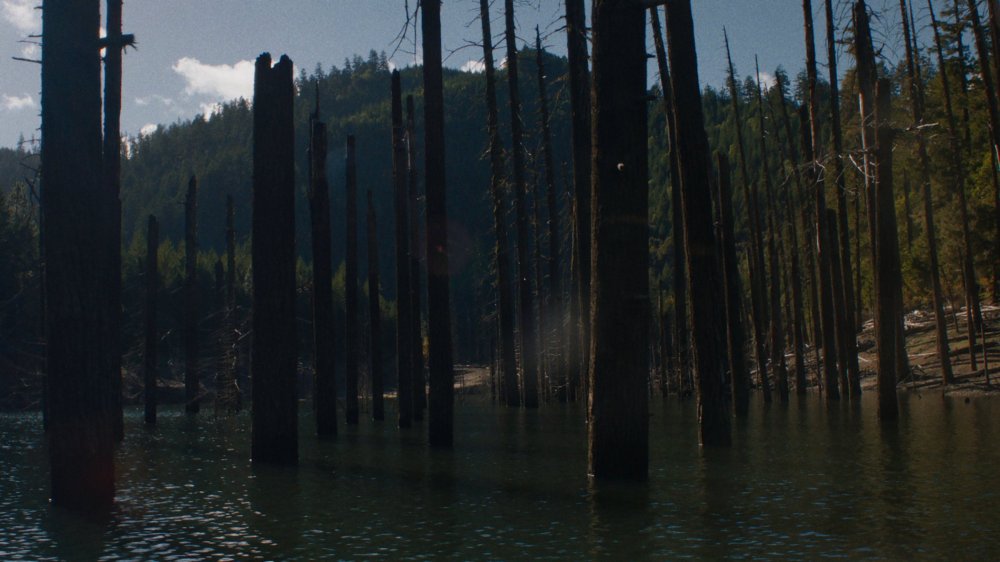 In terms of its characters, Night Moves isn’t all that different from Reichardt’s earlier films. Introverted commune-dweller Josh could be a younger, more stringently ideological version of Old Joy’s counterculture warriors, while Dena’s little-girl-lost act resembles Wendy in Wendy and Lucy (the difference being that she seems to have taken a little bit of money with her on her way off the grid). Both of them are unhappy with the status quo and seek to change it, and it’s not as if the film belittles their aspirations: the worst you can say about them at the beginning is that they’re impatient, which might also be a virtue in the face of widespread, rapacious, environmentally ruinous corporate practices.

Reichardt’s sympathies have always been with the dropouts and self-styled rebels, dating all the way back to her fine 1994 debut River of Grass – a wry Floridian riff on Badlands in which the thrill-killers don’t hurt anybody – and she’s been similarly consistent in her depiction of depleted lefty politics. Her movies orbit around characters who seem defeated rather than energised by their core principles.

This is precisely why Josh’s arc, skilfully acted by Eisenberg in a role that’s only superficially cast to type, is so chilling. His act of praxis literally blows up in somebody else’s face, so he becomes an even truer believer in response. This purity of thought is the opposite of enlightenment; it’s the murky darkness of dogma, clouded even further by a helplessly guilty conscience. It’s a case of contents under pressure, and in a movie explicitly structured around an explosion, we’re well attuned to the possibility of something bursting out. 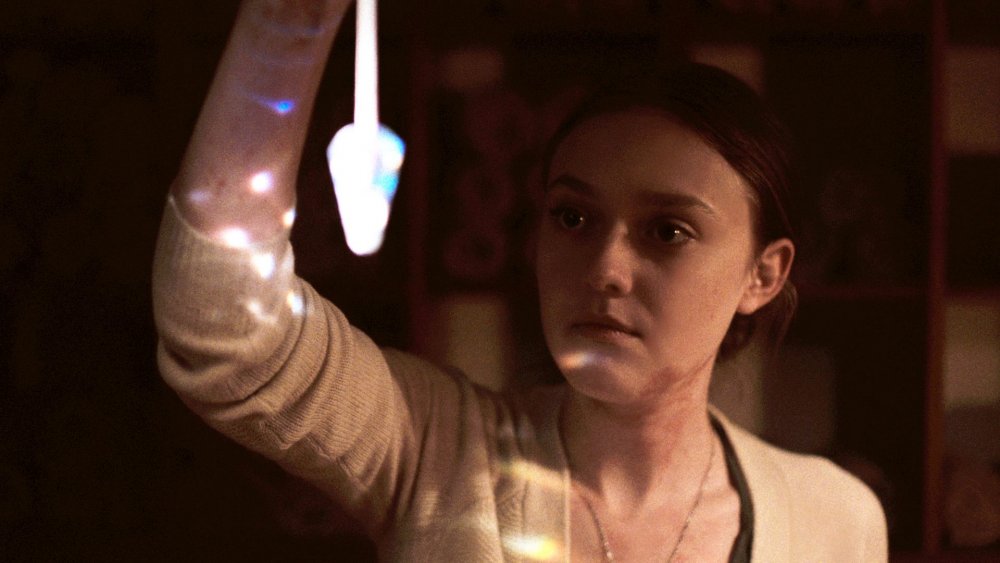 The fraught psychology of a young radical coping with the ultimate meaning of his actions is an unusual and troubling subject. The mutual paranoia and evasive manoeuvres that exist among a band of conspirators trying to avoid detection is a little bit more familiar, however, and neither Dena nor Harmon feels like a fully realised character – a suspicion borne out by how closely Reichardt focuses on Josh in the home stretch.

Still, Fanning and Sarsgaard are both credible (the latter has lately cornered the market in a kind of earnest sleaziness and uses it well here) and it’s probably worth suggesting at this point that Reichardt is one of the best American directors of actors (at least in the non-dialogue-driven division). By now, it’s a given that her films are going to be pensive and subdued – and Night Moves is no exception – and yet time and again the hesitancy and ruefulness seem to belong to the people on screen rather than being forced on them from on high.

The potential pitfalls of telling what is essentially the same story of alienation and exclusion from the mainstream over and over again are mitigated by the narrative and tonal variations that Reichardt has introduced over the years. Night Moves is cruel and paranoid where Old Joy was tender and elegiac, but both movies (and really all her movies) are taking place in the latter’s “falling-tear-shaped universe”, where tragedy seems at once inevitable and entirely self-willed. It’s a contradiction that could drive a person crazy, and in Night Moves – which is finally a very scary film – it absolutely does.

Related to Film of the week: Night Moves