When Lambs Become Lions review: an intimate documentary about the ivory trade

Jon Kasbe’s ravishingly photographed and moving film follows a ranger and two poachers as they chase their prey in northern Kenya. 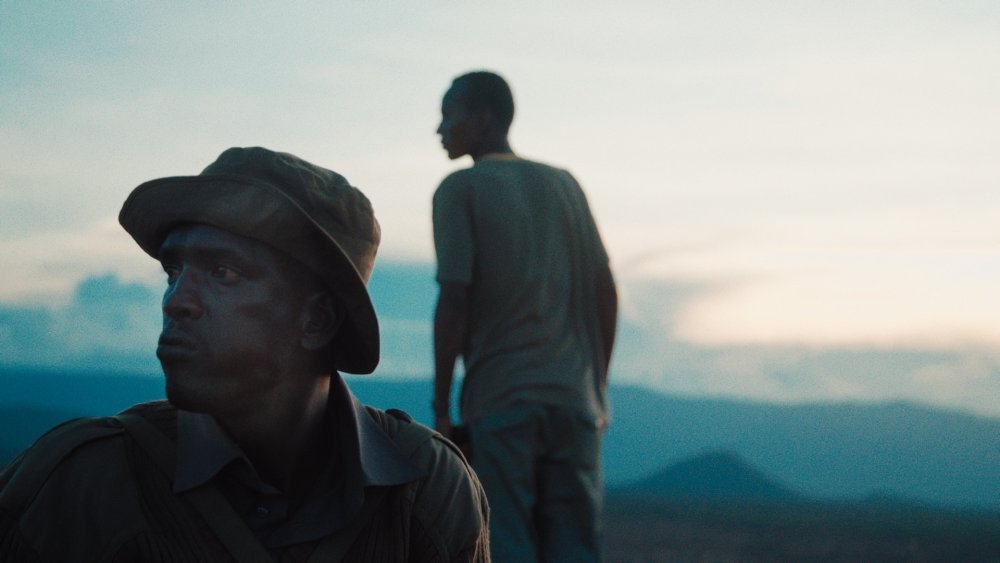 A close-up portrait of minor players in the Kenyan ivory trade, the documentary When Lambs Become Lions is ravishing to the eye, touching and involving – even if its intense aestheticisation of its subject and neat-and-tidy plotting carry it some distance away from fly-on-the-wall spontaneity.

Director and cinematographer Jon Kasbe filmed his three main characters over three years. Asan, his cousin and childhood buddy credited only as ‘X’ and their mutual friend Lukas live in northern Kenya, where the standoff over the illicit ivory trade has created parallel industries of poaching and anti-poaching. Asan has operated on the wrong side of the law in the past, but now, as a married father, works as a ranger protecting the wild animals. X is a poacher, and Lukas his subservient sidekick.

The film emphasises similarities in the two lifestyles: the rangers enjoy the thrill of the chase, Asan asserting that “to catch a poacher, you have to think like one”; and they don’t stint on violence. No one talks much about the importance of elephants or the morality of poaching; it’s a matter of money for all concerned.

But even as Asan switches sides, supplementing his income by passing information to the poachers, one doubts that many viewers will be persuaded by the vague insinuation that the two pursuits are equivalent, or equally justifiable. By X’s own free admission, no one forces him to kill elephants. He acknowledges that “there are other jobs”, but they’re not as reliably lucrative, plus there’s the risk of him having to do something repetitive and getting bored. His father, he says, “died a nobody. I don’t want to be remembered that way” – although why you’d want to be remembered for helping to make elephants extinct goes unexplored.

It’s a neat moral flourish that X doesn’t even do the killing himself, but outsources it to the gentle Lukas, whose encroaching illness initially seems like his body’s outcry against the ugly labour he’s found himself doing, but eventually proves to be the more tragically prosaic HIV virus. If the film’s evident management and manipulation of encounters and conversations in pursuit of narrative impact make it feel somewhat less than authentic, the stark poetry of its visuals – as when we see great heaps of tusks burning in affirmation of the Kenyan government’s clampdown on the ivory trade, and then the strange ash structures they leave behind – can take the breath away.

Related to When Lambs Become Lions review: an intimate documentary about the ivory trade