Basil Dearden’s gay-blackmail drama, which helped to change the law on homosexuality in the UK, is back in UK cinemas in a restored digital print. On its first release in 1961, Sight & Sound contributor Terence Kelly praised its groundbreaking candour and a first-class performance by Dirk Bogarde. 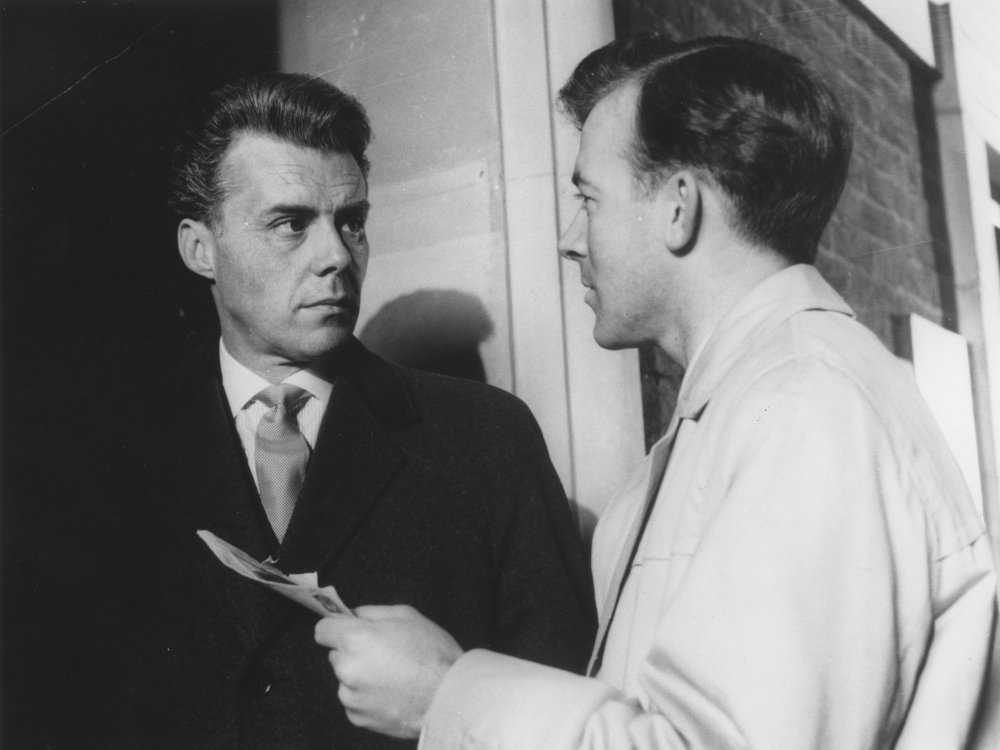 In a time-honoured tradition, Victim uses the framework of a thriller – and rather a good one – to investigate a social problem. The only innovation is the problem itself: for the first time, a British picture concerns itself largely with the lives and problems of homosexuals. Understandably its plot deals with blackmail; and the film unequivocally condemns the way this is encouraged by the present state of the law. An elaborate blackmail racket is described, leading to the death of a young man, until a barrister friend of the dead youth hunts down the blackmailers and gives evidence against them, at the cost of probably wrecking his own career. His investigations allow for a tour of the more respectable parts of the London homosexual underworld, with glimpses of the ways in which different men cope with or are destroyed by their abnormality.

At first the scriptwriters (Janet Green and John McCormick, writers also of Sapphire) conceal their theme in a melodramatic haze, though only the most innocent will fail to penetrate it. The cranes and scaffolding of a gigantic building site, the restless camera, Peter McEnery’s nervous performance, build a feeling of suspense which, unfortunately, the picture fails to regain later when it most needs it.

Further, it relies overmuch on the improbable or the dubious. Thus, who is going to blackmail a young clerk, even a wages clerk, when he has richer, if wilier, game like a barrister at his mercy? And is suicide quite so easy in a police cell? 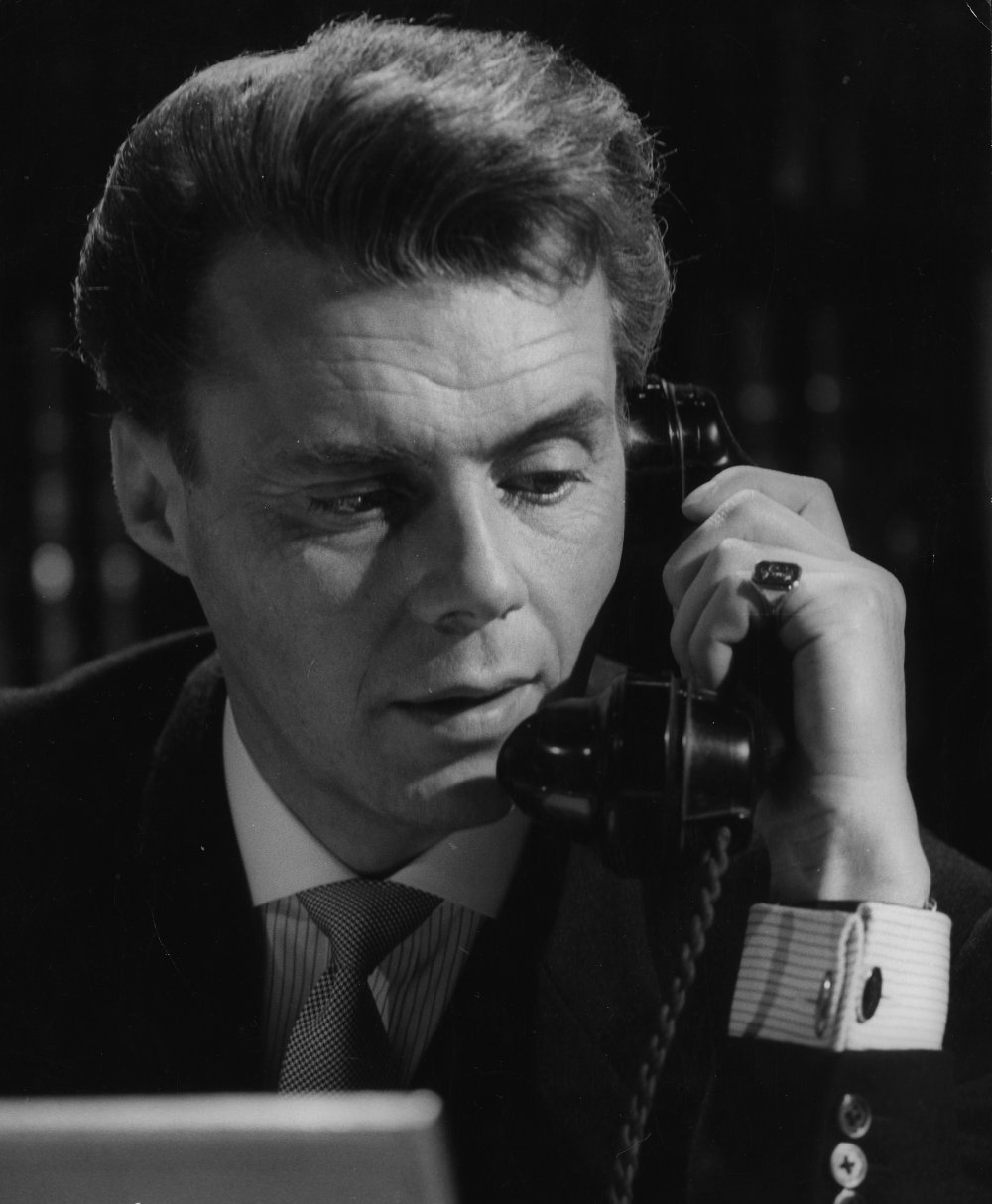 Almost as unlikely are two of the four shock revelations which punctuate the last half-hour, gaining their impact by borrowing from the conventions of the detective novel rather than the screen thriller. The other two coups de theatre, with their cleverly contrived anti-climaxes, provide a big share of the film’s somewhat sparse humour. Its more abundant wit is for the most part sardonic or self-pitying, as the ‘victims’ comment on their condition and its unrewarding perils. The dialogue is slick and to the point, leading smoothly if obviously into didactic passages in which the pros and cons of the law are argued. Most of the obvious pitfalls are neatly circumvented, though at the cost of giving every character an over-explicit attitude to ‘the problem’.

Basil Dearden’s journalistic method works well in these circumstances. With reservations about Sylvia Syms’ portrayal of a judge’s daughter, one can give his casting and control of actors high praise. Among the relatively unfamiliar players, one notes Peter McEnery, Donald Churchill, and particularly Derren Nesbitt, giving a striking presence to the blackmailers’ courier; of the older supporting actors, Hilton Edwards, Charles Lloyd Pack and Norman Bird impress in varying homosexual roles. Dirk Bogarde offers one of his best performances as the barrister, wavering between guilt and resolution. But with this character the script inevitably compromises: he is homosexual only by inclination, never by act. Yet even such equivocation is a big step towards candour, and casting a star in such a part demands courage. 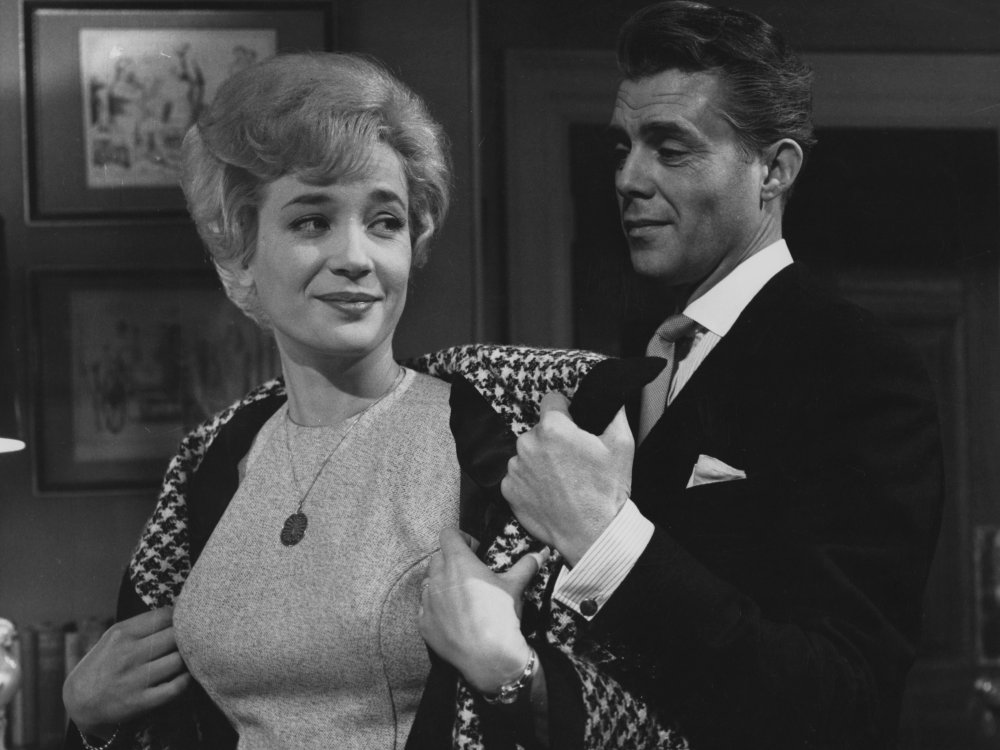 The half-world through which the action moves is portrayed with deliberate tact: there is none of the actors’ camp talk or behaviour which would repel or bewilder most audiences; many an everyday British comedy contains far more risque jokes; physical relationships are never more than obliquely implied. In short, with the tragedies of death or ruined lives on one hand, and sadism and blackmail on the other, the emotional argument is heavily weighted.

It is easy to sneer that Aunt Edna will have no trouble in being high-mindedly tolerant here. But allowing for public opinion – even after the Wolfenden plea for tolerance, which is not mentioned here – and allowing for industry attitudes and for censorship, could Victim in fact have been more frank than it is? It is only fair to say that it could not. As far as those who made it are concerned, the challenge to their skill and integrity has, for the Britain of 1961, been successfully met. The tougher challenge will come when the case is put with less sympathetic characters in unflattering circumstances, and still presented convincingly.