The late Austrian documentarist may have prematurely come to rest in 2014, but this deliberately themeless compendium of his roving observations of human labour and culture across more than a dozen countries is both a quintessential expression of his cinematic drive and – given a biographical voiceover by his collaborator Monika Willi – an elegy to his spirit.

The first words we hear in Untitled are those of the late Michael Glawogger. Speaking of the movie he was making in 2014, which premiered this week at the 69th Berlinale, three years after his unexpected death from malaria, Glawogger offers a prescient notion by which to understand his process: “The most beautiful film I could imagine,” he states, “is one which would never come to rest.”

If the efforts of his longtime editor Monika Willi to complete Untitled – or, at the very least, to bring the project to a close – can, in light of this statement, seem paradoxical to its creator’s aspirations, then it’s only so in the most literal sense. In Glawogger’s words, the project, which he mentions was always to be named Untitled, was to be a work with “no theme” – indeed, a film “about nothing”.

What exactly is Untitled, then? Composed wholly of raw footage the Austrian filmmaker and his team, including cinematographer Attila Boa, shot over a two-year span in a dozen-plus countries, the film is, by design, a compendium. From what we know of Glawogger’s work, which amounted to over 20 years of cross-continental work in nonfiction filmmaking, this preconceived conceptual approach to Untitled was likely less an avowal of subject or theme, but more a strategic maneuver to avoid any one subject or theme. 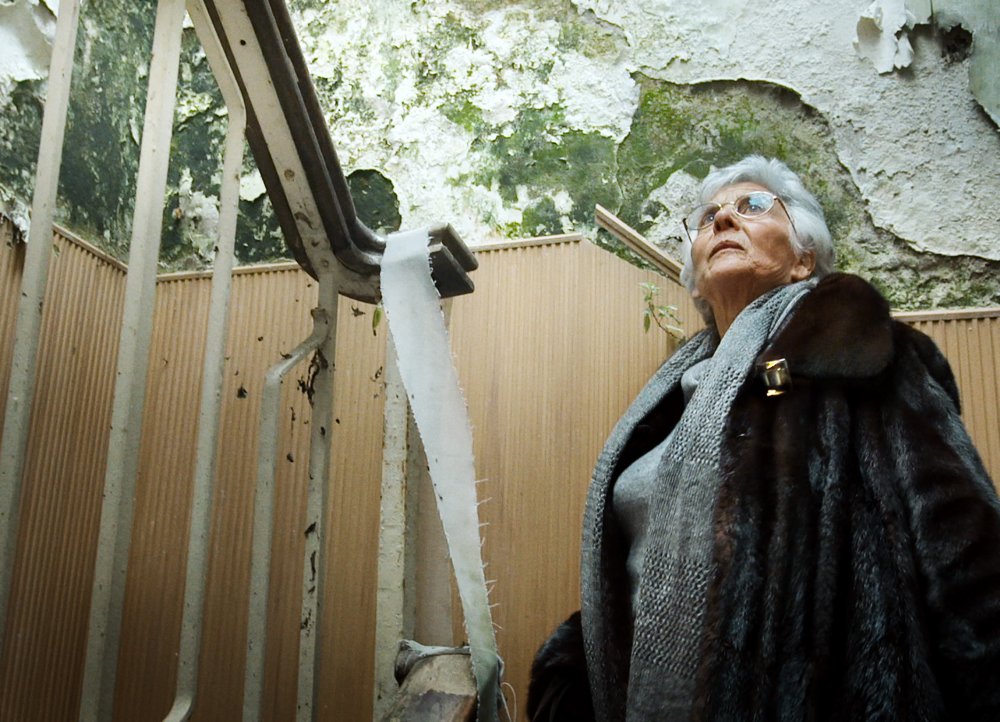 What the film can be understood as, then, is a work of decidedly global interests, taking in as much of the world and its cultures as possible while drawing on a worldwide sociological pulse to bring disparate images into a holistic vision of how we live and interact physically, verbally and anatomically in contemporary life. Whether or not he had lived to complete the film, or ever would have, is largely immaterial – this is, in essence, the quintessential Glawogger project.

What Willi has ultimately done with this footage is a trickier consideration. Based on Glawogger’s production notes and, one would venture to guess, a collaborative understanding between the filmmaker and his editor, the film is now not simply a state-of-the-world address, but an elegy to its fallen creator. The second voice we hear in the film is from Fiona Shaw, adapting Glawogger’s notes and Willi’s words and speaking them aloud in third person. (A nod to Marker’s Sans Soleil, perhaps?) Shaw’s voiceover is implemented on a number of occasions throughout the film, and seems the most obvious example of Willi imposing an authorial stamp onto the film. For better or worse, this isn’t simply an attempt to reassemble an unfinished Glawogger film.

As one might expect, the director’s eye for wondrous settings, imposing landscapes, and unique peoples and rituals is on offer throughout the film, reiterating that there wasn’t a place Glawogger couldn’t – or wouldn’t – take his camera. The voiceover is helpful in this regard, as it helps contextualise some of the footage, which, other than in a title card at the film’s opening that lists the countries where the film was shot, is left unidentified. 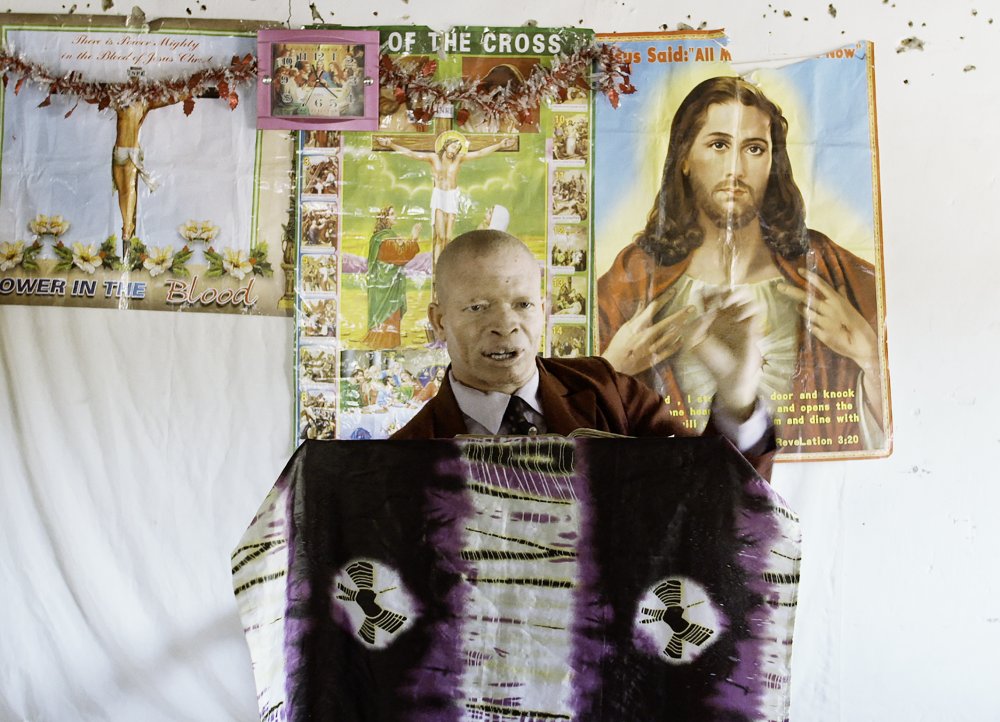 Glawogger often shot in Africa, and much of Untitled takes place in small regions in the Western regions of the country. In these and other parts of mostly impoverished countries we watch, for example, workers sift for gold, caravans hauling materials across the heat-stroked desert, children digging for treasure in an enormous compost heap, and kids pulling water buckets up and down a crowded city street.

Despite there not being an overarching theme, motifs do arise. Physicality and competition is one: in Dakar, a team of wrestlers compete on the beach, heaving one another mercilessly into the fine grain sand at their feet; elsewhere, a less professional form of fighting transpires when a young man is beaten for unknown reasons by a group of locals as his fellow townspeople look on.

Animals get into the fray as well, with goats tussling angrily in the streets, and, most memorably, two aroused donkeys fighting to loose themselves from their constraints as they compete for a mate. At the end of the film, a phrase appears onscreen, ably summing up the extremes of the situations depicted: “Jungle of Eden, Garden of Hell”. 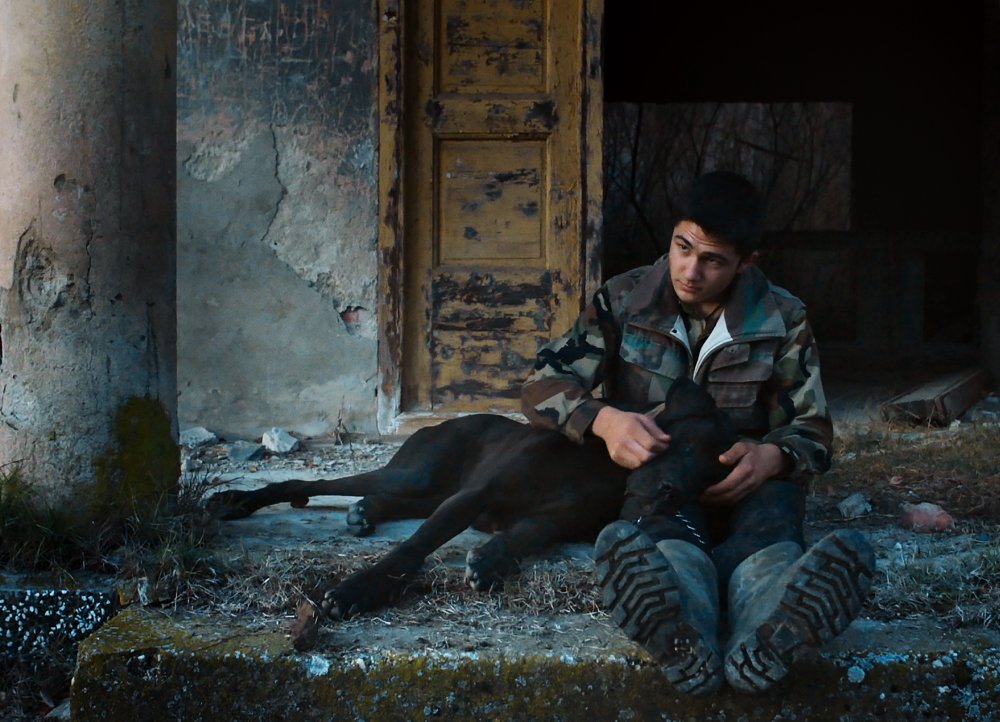 It’s tempting to think what the film might have been without the voiceover. While functional in context – and indeed while lending a necessarily personal and intimate dimension to the film, which builds with an especially acute force from episode to episode – it’s occasionally rendered redundant or overly metaphysical when certain images can just as well speak for themselves. (Many of the most arresting sequences are the quietest and most curious, such as increasingly uncontainable shrub fire that razes a small plot of an unnamed woodland, or a close-up of a decomposing camel head being eaten by thousands of maggots.)

But then without the voices the film would essentially be Cameraperson (2016), cinematographer-turned-director Kirsten Johnson’s carefully crafted compilation of b-roll footage she shot in dozens of locations over as many years.

We learn late in Untitled that Glawogger often dreamed of disappearing to Harper, Liberia, considering it one of the few untouched places where one could “become invisible”. This sequence, featuring beautifully rain-dappled images of the coastal town and its inhabitants, speaks most productively to the utility of the narration, redeploying Glawogger’s own words and allowing them to add a final touch of earned poignancy to what is one of the more welcomingly cathartic nonfiction films in recent memory.