Those That, at a Distance, Resemble Another review: a gripping restoration drama

Jessica Sarah Rinland’s mesmerising new film uses a series of close-ups of hands to tell a powerful story about how natural resources are preserved and transformed. 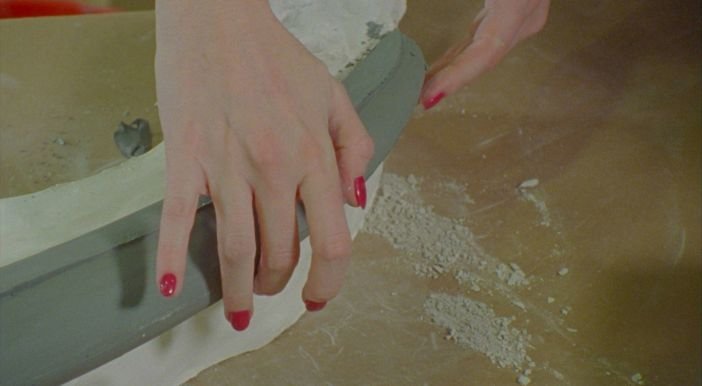 Those That, at a Distance, Resemble Another (2019)

The replication of an elephant’s ivory tusk is the central conceit in this first feature from British-Argentinian director Jessica Sarah Rinland, which won a Special Mention at the Locarno Film Festival, where it made its world premiere in the Moving Ahead strand, a section which rewards risk-taking audiences.

The film is predominantly composed of close-up shots of hands involved in processes of conservation and restoration. Rinland’s narrow depth of field and super-sensitive sound recording elevate to the hyper-real the snap and tug of blue latex gloves or the snipping away at a brick of sponge. This work is slow, and mesmerisingly so, but you can’t look away for curiosity about the object that emerges.

The resemblance, however, is only at a distance. These replica objects travel across land and sea to be encased in places far from removed from their original’s sites of origin. Ivory from elephants poached in Malawi ends up decorating jewellery boxes housed in the British Museum. Exploring the breadth of transnational conservation projects, what appears a very local, close-up film about the individuals within the museums and institutions instead broaden its horizons through these implicit links. 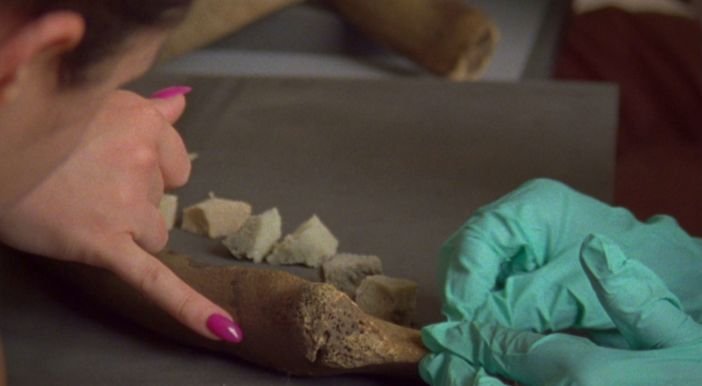 Those That, at a Distance, Resemble Another (2019)

The choice to digitise the 16mm film stock – itself a by-product of animal processes – begets further interrogation of what is authentic and what duplicate. Those That, at a Distance, Resemble Another speaks to the machinery of cinema’s powers to recreate life. At the end of the film Rinland acknowledges her thesis on originality and reproduction is, as it happens, not very original with a nod to Kiarostami’s Certified Copy.

However, it is the application of pink nail varnish that makes her work singular. We learn that the disembodied, manicured hands are those of Rinland herself. She acquired many ceramic skills during this collaboration with museums, archaeological sites and restoration centres across the UK, USA and Latin America.

That the filmmaker and film actively intervene in the restoration process colours the film with a sense of discovery. Rinland’s bright nails make performative her role in the community, a feature further underlined by the pink text on screen. These details pay direct tribute to the majority-female conservators of the film, and is an indirect tribute to the female labour involved in the act of reproduction. Rinland’s tender film is exemplary storytelling, telling a story off-screen just as much as it does on-screen.

Related to Those That, at a Distance, Resemble Another review: a gripping restoration drama