A group of adult engineers and another of playful children tread the same ground in Qiu Sheng’s impressive debut feature, in which the company we keep tilts the world on its axis. 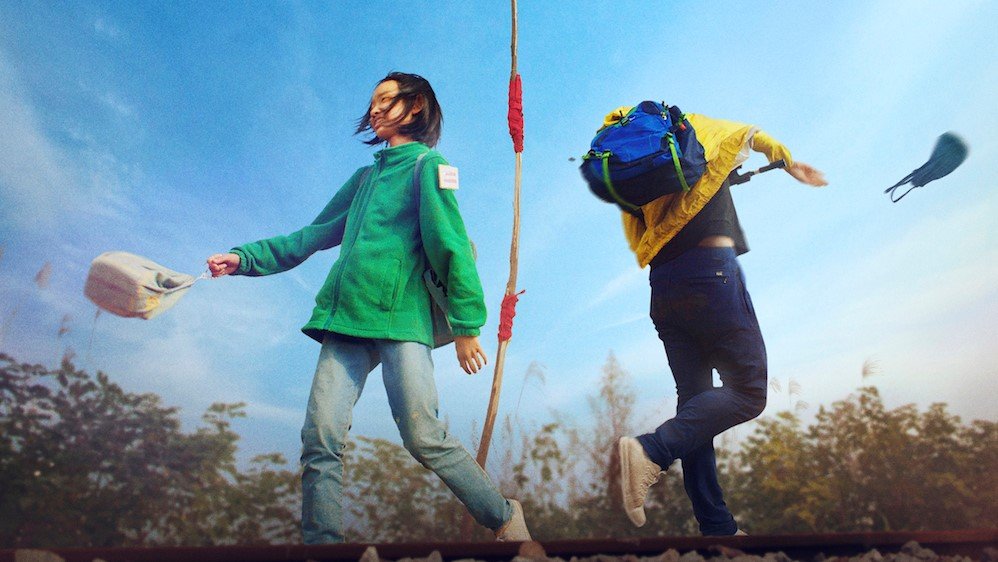 A mysterious sense of being off-balance pervades Qiu Sheng’s debut feature Suburban Birds (Jiao qu de niao). It’s a tilting that, although only detectable by scientific devices and rigorous observations, can nonetheless have dramatic results. Mason Lee plays Xiahao, a member of an engineering team investigating the cause of a dangerous subsidence that has led to the evacuation of a whole neighbourhood. More urgently, his boss Han (Xiao Xiao) wants a clean bill of health for a subway project to go ahead. Cinematographer Xu Ranjun, with sudden zooms and changes in focus, emphasises looking as an activity, albeit an incomplete and easily distracted one. The routine is relieved by a drinking bout and Xiahao hooks up with a girl called Swallow (Huang Lu) at his hotel.

But then the ground shifts beneath us, as we see the same neighbourhood, but this time through the eyes of a group of children. The gang consists of a ten-year-old, Xiahao, two girls who vie for his affections, Foxy (Qian Xuanyi) and Fang Tin (Xu Shuo), and three boys with name-calling nicknames: Coal (Chen Zhihao), Fatty (Chen Yihao) and Old Timer (Xu Chenghui). Their scampish adventures are chronicled through a diary as they play war on scrubland and rob nests in the forests, before talking playfully about who they love – Fatty also loves Xiahao, he jokes/admits. As with the first section, no major change is visible to the naked eye, but following a minor accident – a large water container is dropped down a flight of stairs – Fatty stops coming to school. When the others decide to go visit him, led by Foxy (who may or may not know where he lives), narrative emerges as one-by-one the friends drop away on an endless, perhaps portentous, journey. Almost as if Xiahao is walking out of his childhood. 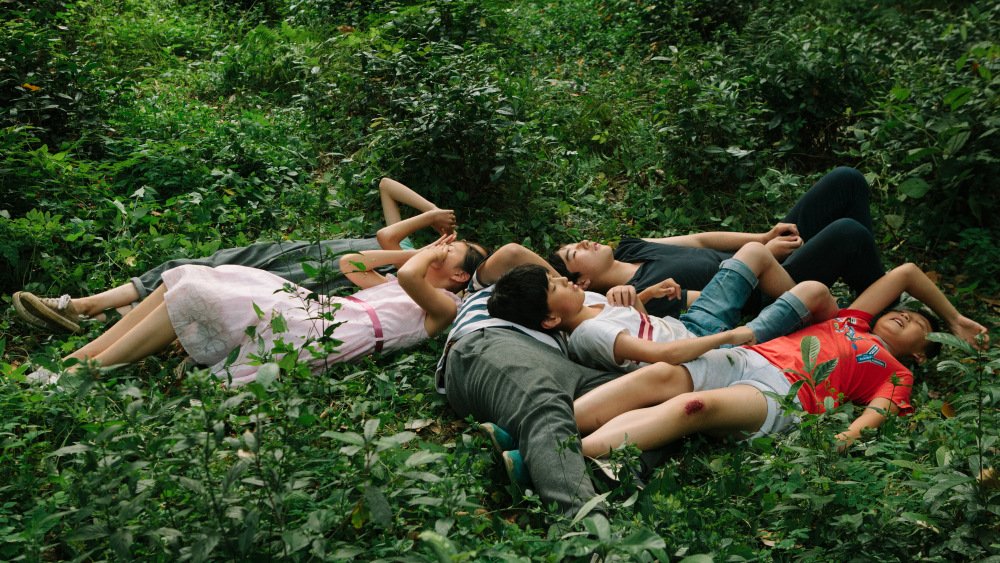 But what are we actually watching? The relationship between the two stories has been jolted when the young kids happen across the engineers, sleeping off their hangovers by the river. So are the two stories contemporaneous and separate? Or are the children a memory of the older Xiahao, or a dream even? The interconnections are manifold. During the drinking session, Xiahao recounted a dream of a water bottle before we see the water bottle spilled and later a leak is investigated as a potential cause of the subsidence. The childhood gang’s fleeting moment of mutual empathy is replayed by the team of engineers and Swallow. The engineers also have nicknames like Xiahao’s colleague Ant (Deng Jing) and the officer in charge of keeping an eye on the team (Wang Xinyu) is, shall we say, rotund.

And this is where Sheng departs from other films contrasting adulthood and childhood, such as Terrence Malick’s Tree of Life. For Sheng, maturity doesn’t represent a hopeless desiccation, but rather there are magical continuities, recreations of the joy and solidarity of childhood.