A cat and a rat team up to save their city in this appealingly designed but thinly plotted caper from Guillaume Ivernel. 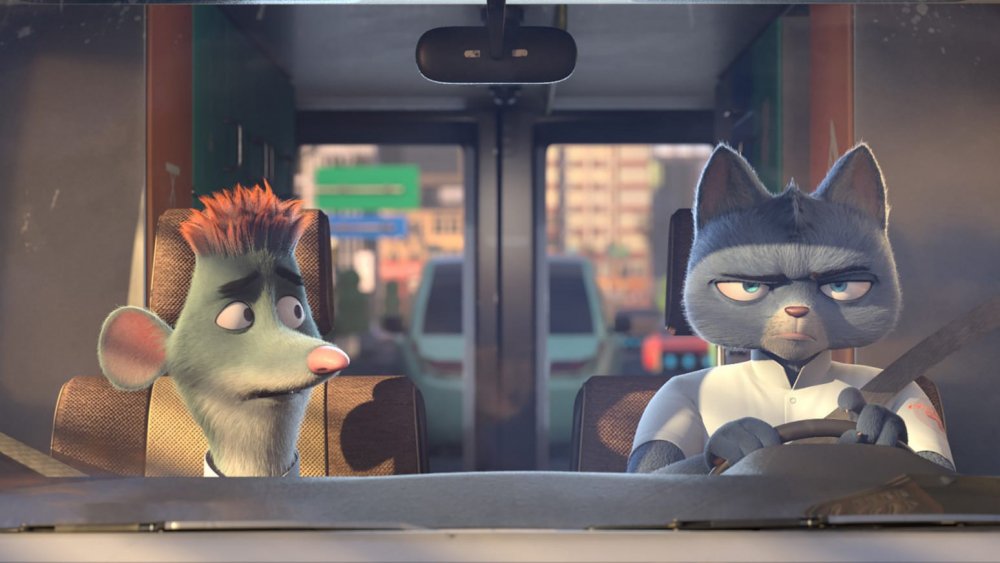 This time around, there’s a strong whiff of 2016’s Zootropolis in odd-couple cat-and-rat investigators Vlad and Hector, traversing a hi-tech city populated by animals, in search of a dangerous substance that transforms the film’s villain. Even the corruption that surfaces unexpectedly in the city’s institutions feels thematically familiar. Heavily reliant on action sequences to drive it along (a motorbike chase that creates Bourne-style havoc, a basement battle with the ice-blasting Demon of the Cold), the story punctuates long stretches of frantic comic business with sudden bursts of complex plot. Elaborate schemes to save endangered species by reversing global warming are unveiled, then paid off in a hasty series of twists.

There are some interesting themes (species extinction, climate change), which show the influence of Japanese animation’s eco-interests. But the thin characterisation and largely-love-interest female roles give the film a generic feel, unlike better-crafted US-Chinese animated features such as Abominable (2019) or the amiable Rock Dog (2016). Competent voice work from game-and-cartoon veterans Kirk Thornton as Vlad and Dino Andrade as Hector can’t add much when the characters struggle to develop beyond their smart-mouth-and-nerd sparring positions.