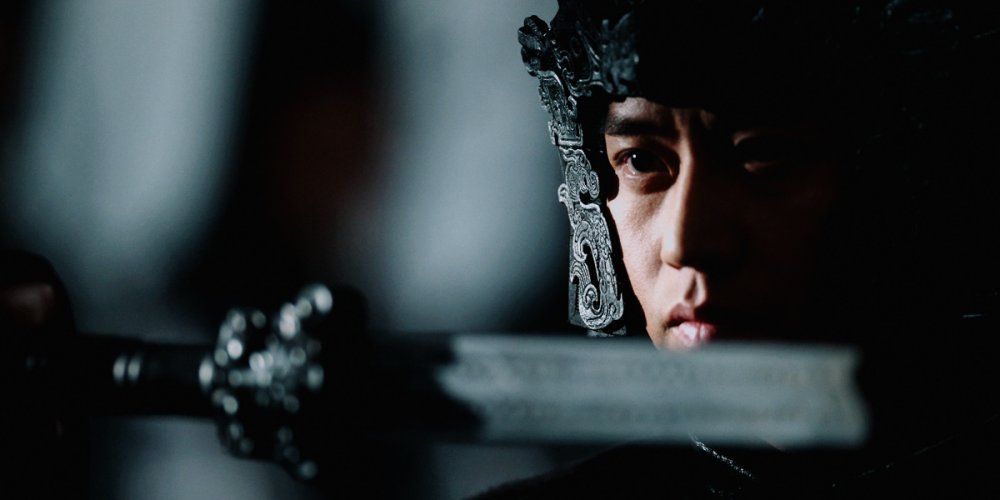 Deng Chao as The Commander in Shadow (Ying)

There are three elements anyone who sees Zhang Yimou’s Shadow is likely to remember. The first is a cool, aesthetically novel monochromatic palette in which the only chroma that registers is warm human flesh and the red that oozes out when it has been ruptured. The second is a giant subterranean dueling floor painted with the Tai Chi symbol representing the yin/yang. And the third is a weapon, an umbrella constructed of sharp metal blades which is at various junctures wielded like a shield, fired like a rocket and, most memorably of all, ridden like a sled or a saucer.

Since he won the Golden Lion at Venice for the second time with 1999’s Not One Less, Zhang has gone from arthouse film festival favorite to blockbuster showman without skipping a beat. And to be fair, the film festivals are right there with him. Zhang collected one of those cooked-up prizes designed to prop up the red carpet quota at Venice (the ‘Glory to the Filmmaker’ Award) and TIFF was happy to grant Shadow a Gala spot. It’s a return to the wuxia genre which he elevated to rhapsodic heights with Hero, House of Flying Daggers and (a bit less rhapsodically) Curse of the Golden Flower.

It’s the latter which Shadow most resembles. For all their opulence there is something hermetic about these labyrinthine palace intrigues, and while Shadow boasts one spectacular protracted action sequence Zhang seems more taken with the chichi set decoration than the bodies posed in front of it. 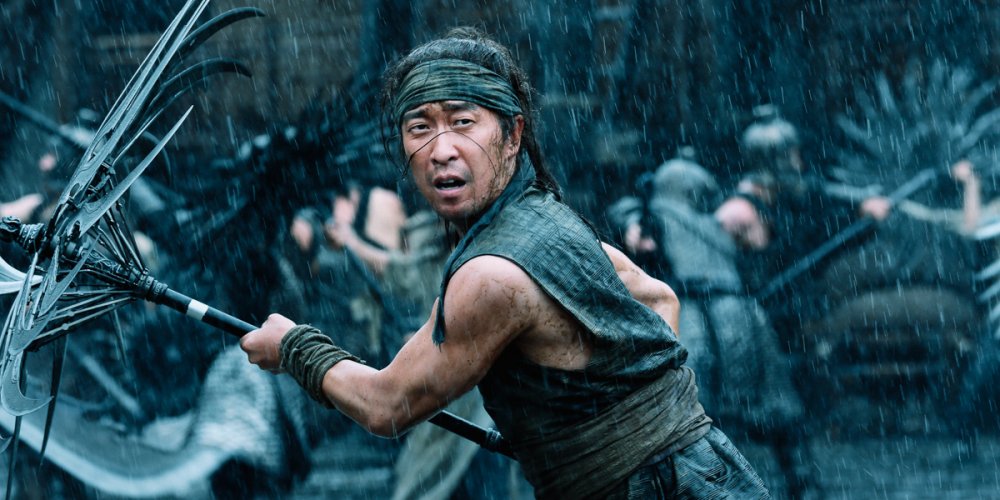 Taking place during the Three Kingdoms period, and specifically in the monsoon season, the film chronicles the breakdown of an uneasy alliance between two of them. Although the Pei King insists he is happy with the status quo, his military commander and champion (Deng Chao) desires to retake the city of Jing which was ceded to their ally. But the commander is secretly ailing from wounds sustained in his last combat and he has been training a doppelgänger (the shadow of the title, also played by Deng) to stand in for him at court, and, if need be, on the battlefield. Only the commander’s wife (Sun Li) is privy to this subterfuge.

The machinations of several plots and counterplots are elaborated for the most part in dour dialogues designed to keep us guessing as to the principles’ real intentions. It’s a clever scenario which generates suspense and a surprise or two but little sympathy for these cynically conspiring cyphers.

As for the yin/yang motif, you might expect Zhang to accentuate the two female roles here, the king’s sister and the Commander’s wife, and the movie does gesture towards a feminist angle, but both characters are disappointingly under-developed. Those umbrellas, though…