Film of the week: The Assassin

Hou Hsiao-Hsien casts the distant past as a plane of myth and fantasy in his wuxia-tinged take on the itinerant-warrior drama. It’s another of the Taiwanese master’s inimitably oblique, realist and ravishing wide-shot triumphs.

Voted the best film of 2015 in our annual critics’ poll. 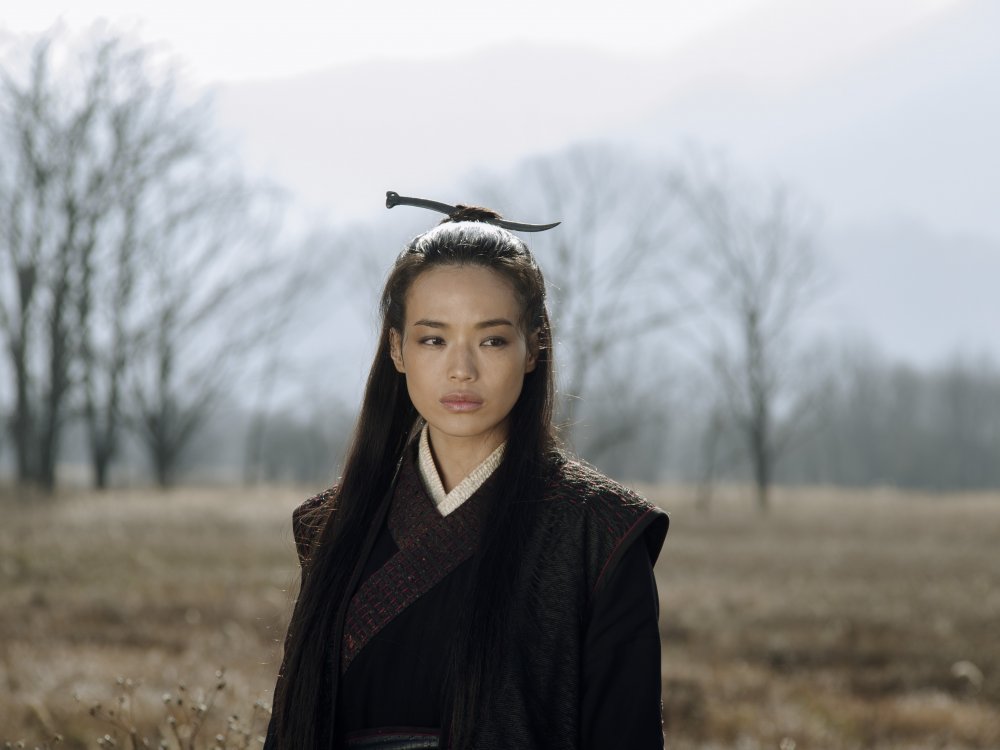 Taiwanese director Hou Hsiao-Hsien has been away for eight years – and much of that time has been spent working on this ninth-century epic. One of his rare forays into the past, The Assassin is customarily elliptical, unusually wuxia and full of courtly interiors and cloud-capped ancient landscapes. It stars two of Hou’s favourite actors, Shu Qi and Chang Chen. Using Tang-dynasty chuanqi traditional stories, which he has loved and lived with since his high-school days, Hou has loosely adapted a tale known as Nie Yinniang (Yinniang means ‘hiding woman’), about an aristocrat who as a child is trained to be an assassin by a nun and is then sent back to her family home in Weibo province to continue her career as a killer.

In Hou’s version, Yinniang is at the centre of a web of family and political intrigue: the nun is also her aunt; her target is her cousin and former fiancé, local governor Lord Tian. Hou never really explains the family relationships between the characters on screen; that there are two actresses playing double roles is one reason why this narrative has puzzled and even infuriated audiences in the west expecting a straightforward genre film. And Hou doesn’t explain at all the role of an almost incidental figure called ‘the Mirror Polishing Man’, who in the original story becomes Yinniang’s husband.

It could be that Hou has become so familiar with the material (by all accounts he filmed a huge amount of footage, including much in the way of character backstories) that he forgot his audience’s need to be told certain basic plot points. But Hou famously dislikes exposition, and since this is truly a film about exile, he chooses to banish the viewer to fringes of the experience, leaving them outside looking in. 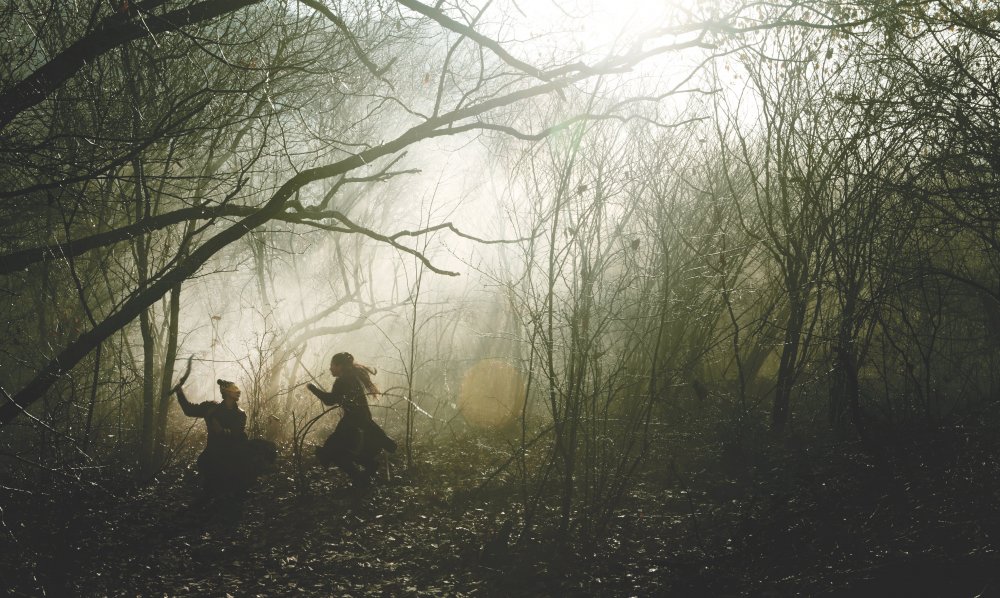 The film is exquisite, a great sheet of jade-coloured water ruffled by the movement of a sword. There’s incredible attention to detail in all the interiors and the landscape shots in remote areas of Hubei and Inner Mongolia. It’s a film that gains greatly from second or third viewings.

Hou previously cast Shu and Chang opposite each other in the film Three Times (2005). Chang lends an autocratic amicability to the largely unsympathetic character of Lord Tian, while Shu brings a sad and resourceful beauty to a role as athletic as it is melancholy. 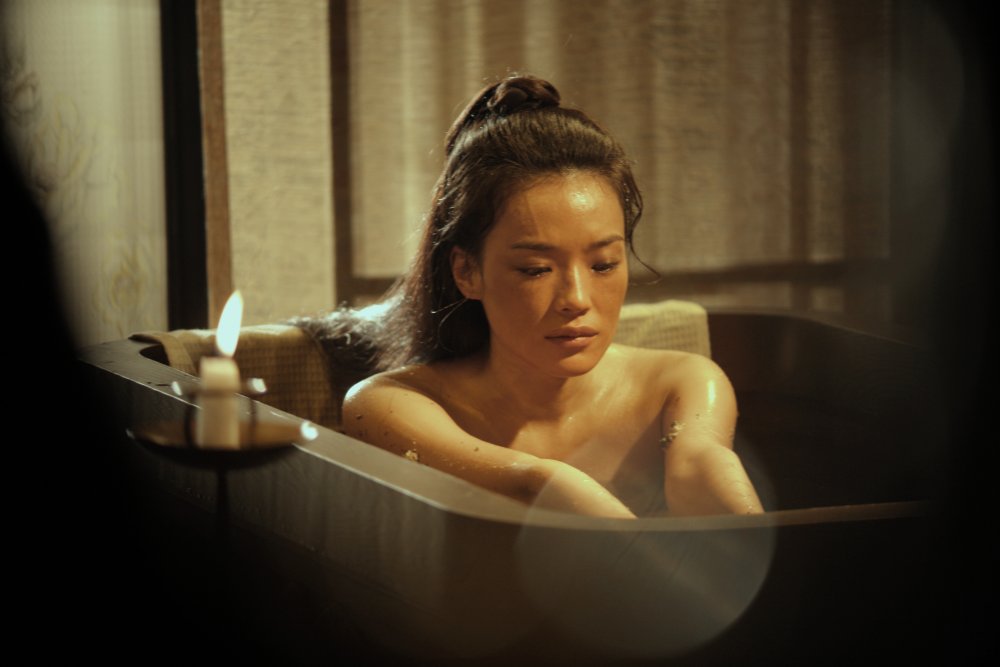 This is Shu’s third time with the director; she also appeared in 2001’s Millennium Mambo, playing a contemporary club denizen who similarly vaults between the kinetic and the calm. But The Assassin’s closest affinity is with Hou’s sumptuous historical drama Flowers of Shanghai (1998). One of the most beautiful films ever made, by anyone anywhere, it was set in a 19th-century Shanghai brothel, and as with The Assassin, Hou and his team took years to research the authentic period details. (Hwarng Wern-ying, costume and production designer on both films, went so far as to source silks for The Assassin from India – apparently the authentic source of this luxury fabric in Tang China.) But The Assassin is in many ways the opposite of Flowers of Shanghai – no immurement in lacquer for the women here, no being walled in a brothel and exquisite stasis. The three key players – Yinniang, her aunt the Princess-Nun and Lady Tian – are all running the show and are supreme political manipulators capable of lethal violence.

The fights are over in a flash; there’s little in the way of lead-up, just short, brutal bouts, and in one of the best scenes Yinniang fights in a birch wood with the camera observing from a distance. The scene has been held up by some as a supreme example of the distant style favoured by Hou, but in fact it also incorporates the viewpoint of Lady Tian, who at this exact moment realises that Yinniang is the Assassin and later turns up as a masked opponent. 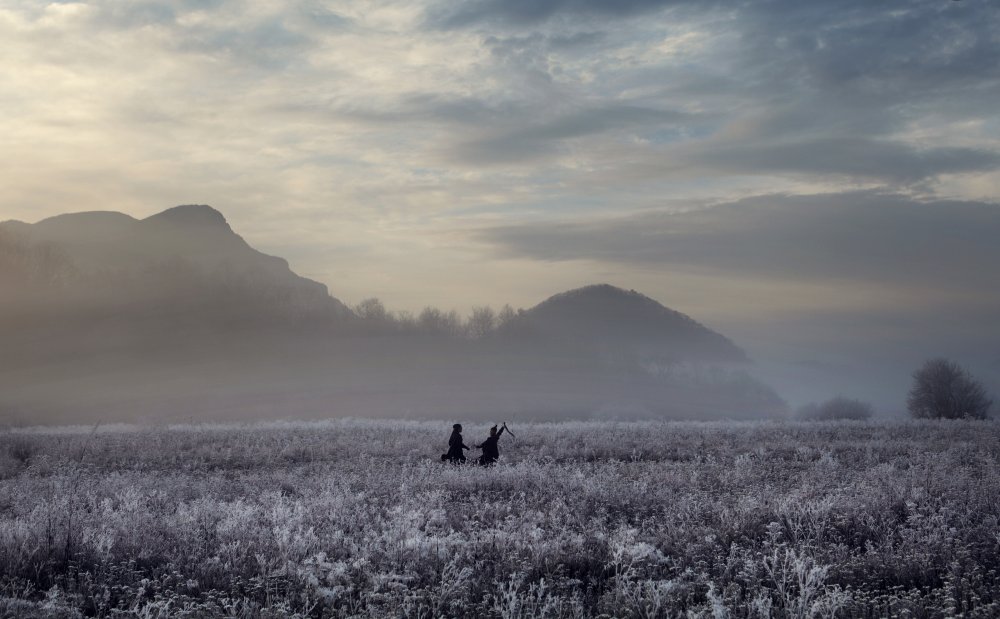 This studied detachment and general refusal to use trickery and special effects has driven genre fans almost to distraction, though some effects are beautifully deployed in what for Hou is a rare supernatural scene, when a smoke-demon attacks a concubine. Hou also uses little except natural light, which gives a fresh and natural look to the whole. Music is used sparingly, with emphasis instead on natural noises from insects and the like.

The Assassin won Hou best director award at Cannes. It’s among his very best and most satisfying films, and since he already is one of the world’s greatest directors, quite simply and unequivocally required viewing. 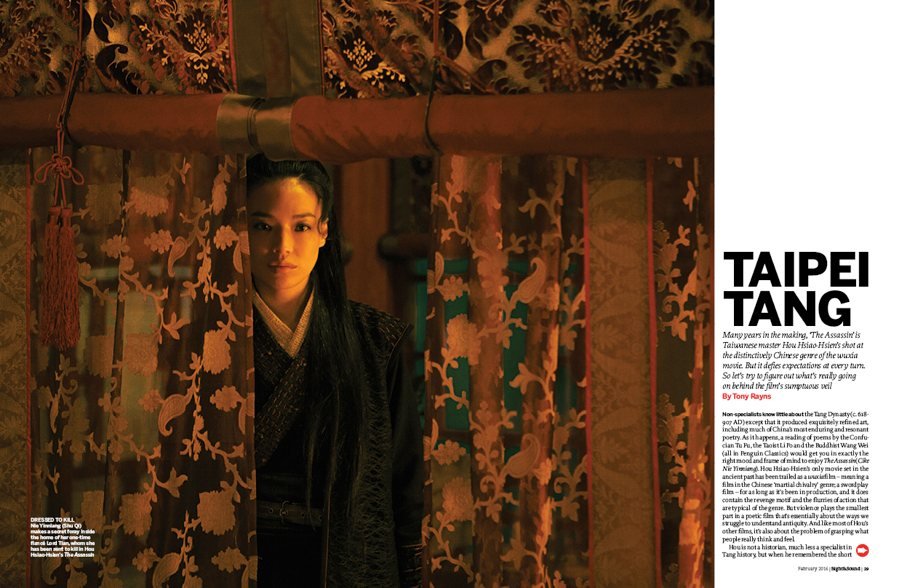 Many years in the making, The Assassin is Taiwanese master Hou Hsiao-Hsien’s shot at the distinctively Chinese genre of the wuxia movie. But it defies expectations at every turn. So let’s try to figure out what’s really going on behind the film’s sumptuous veil. By Tony Rayns.

Related to Film of the week: The Assassin