Geppetto and his put-upon puppet explore their father-son dynamic in this revitalised telling of the Italian favourite, enhanced by magical social realism and seriously impressive prosthetics. 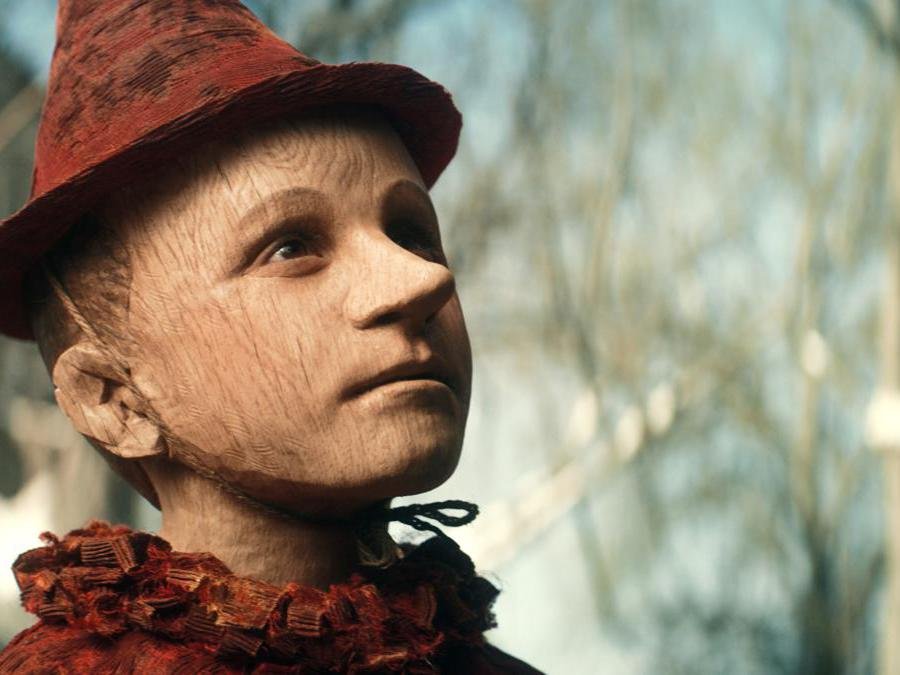 Carlo Collodi’s The Adventures of Pinocchio (1883) is one of the most internationally famous works of Italian literature. At its heart a morality tale on the importance of filial duty and the dangers of the wider world, it’s a very Italian story. Trust your family and beware of the Fox and the Cat; and almost everybody else.

Of innumerable adaptations, the most famous are Walt Disney’s 1940 sanitised cartoon and Luigi Comencini’s television miniseries in 1972, with Nino Manfredi, Gina Lollabrigida and Vittorio Di Sica. More recently, Roberto Benigni directed and starred in his own take, which suffered from his decision to cast himself – at the age of 50 – in the title role. The English version, featuring an incongruously youthful overdubbing of Benigni by Seth Meyers, flopped. A live action Disney remake to be directed by Guillermo del Toro is slated for 2021.

Elbowing into this crowded field comes Matteo Garrone’s Pinocchio, a beautiful and cleverly crafted piece which manages to be a faithful return to Collodi’s original tale and very much the director’s own take. Opening with a familiar scene, Geppetto (Roberto Benigni), the humble wood carver, sits at his work table, chisel in hand. However, rather than carving a puppet, he is chipping at a rind of cheese to free the last edible crumbs. Starvation poverty is the background to Garrone’s vision and though Pinocchio might seem removed from the Naples of Gomorrah (2008) and Reality (2012) or the Roman suburb of Dogman (2018), Garrone’s take on the iconic children’s story is similarly grounded in a tough and unjust world. As with his last foray into the world of fantasy Tale of Tales (2015), Garrone works within his own brand of magical social realism.

Garrone and fellow screenwriter Massimo Ceccherini stick close to their source and Pinocchio (Federico Ielapi) is initially a dislikeable brat, running away, disobeying his father and getting into mischief. When the talking cricket (Davide Marotta) tries to give him some sensible advice, he brains him with a mallet. Geppetto is a devoted father, selling his coat to buy Pinocchio a school book which the naughty puppet then sells in order to visit the puppet theatre where he is greeted by Harlequin (Claudio Gaetani) and the performers as a lost brother, before being abducted.

The rest of the film largely comprises of a series of episodes in which the wooden boy is gulled, robbed, chased, turned into a donkey and at one point hung, relieved intermittently by the intercession of the Fairy with Turquoise Hair, played by Alida Baldari Calabria as a child and later by Marine Vacth once grown.

Garrone subtly shifts the moral weight of Collodi’s tale. Yes, Pinocchio is a naive and careless child, but the world is a hostile bestiary. Not only are there villains like the Cat (Rocco Papaleo) and the Fox (co-screenwriter Ceccherini) who rob and attempt to murder the child, but the gorilla judge (Teco Celio) frees the guilty and imprisons the innocent and the teacher beats his students. It’s all very well saying children must go to school, but with schools like these, you can see why they play truant. In such an arbitrary and cruel world, loving and looking after each other is not only a moral truism, but a survival strategy.

Nicolai Brüel’s cinematography seamlessly moves between the mundane crumbling poverty of a wintry Italian countryside and the more magical elements of the tale. For the most part favouring practical over digital effects, the make-up by Mark Coulier is brilliantly achieved, inspired by the original illustrations by Enrico Mazzanti. Pinocchio is convincingly wooden but Federico Ielapi’s performance is natural and fluid.

The cast boasts a host of familiar faces from Italian cinema but Benigni shines particularly as the emotional core of the film. A far cry from the anarchic energy of Down by Law (1986) and his Oscar acceptance speeches, this is a performance of subtle humour and pathos, a poor man who sacrifices everything for his son. For Garrone, Pinocchio is not about a puppet who wants to be a real boy so much as a poor man who wants to be a good father.

Related to Pinocchio review: Matteo Garrone carves a classic tale into something new